We had car business to attend to at 9am so at 7am I took a walk into Yeo Valley, a heavy frost lay on the grass in the valley but the air was crisp and clear and the sun was rising over Rooks Hill. As I only had an hour or so to play with I didn’t walk too far and concentrated my efforts in the first part of the valley. 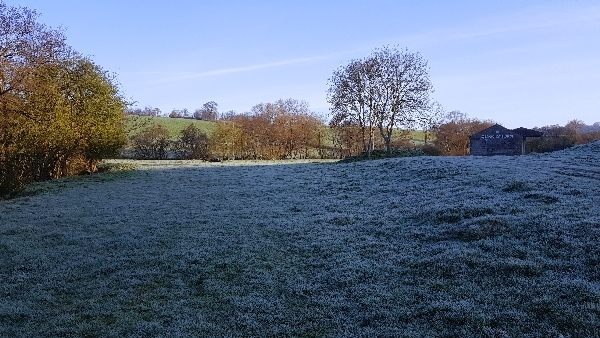 frosty in the valley this morning

The air was stock still, it was cold, but it felt as though spring had finally arrived, many birds were singing and my first sighting was of a pair of Green Woodpeckers. I saw them both very near to the nest hole that they used last year, the give away signs that they were nesting again was that they stayed perfectly quiet and they didn’t fly off. I got pictures of them both, but the male was better positioned as he sat in the sunshine. 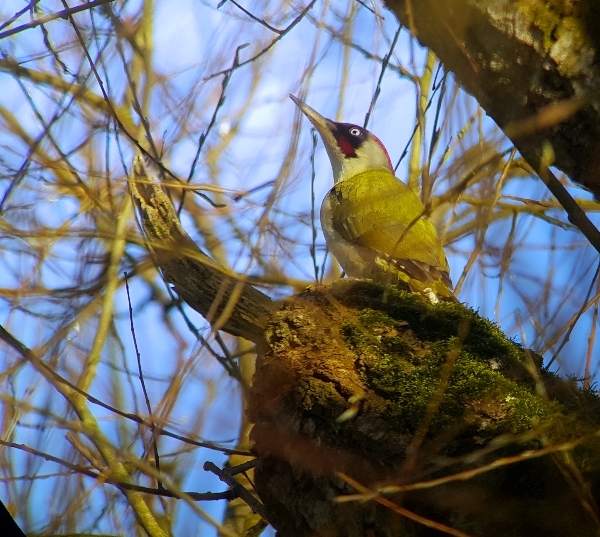 The next bird I saw was a Treecreeper, then a pair of Long-tailed Tits appeared and a thrush species dashed away from an ivy-clad tree, it was probably a Song thrush but I will never know. Other birds seen were: a Little Egret, my first in the valley this year, it flew up from the stream as did a pair of Mallards.

Both Pheasant and Red-legged Partridges were in the fields on the other side of the stream and a pair of Raven flew down the valley. I never had time venture any further so I made my way back home.

One interesting sighting made in the garden was of a pair of Blue Tits visiting my nest box, I thought the lone Blue Tit had given up trying to find a mate, but it looks as though he has succeeded. I saw the female take in a feather and the male waited outside the box with food for her, A Goldcrest was another nice sighting in the garden, it was a female and she was feeding on tiny flies attached to the sticky buds that were emerging on the sycamore. I saw Blackbird, Robin, Goldfinch and Blue Tit all using my reintroduced bird-bath. 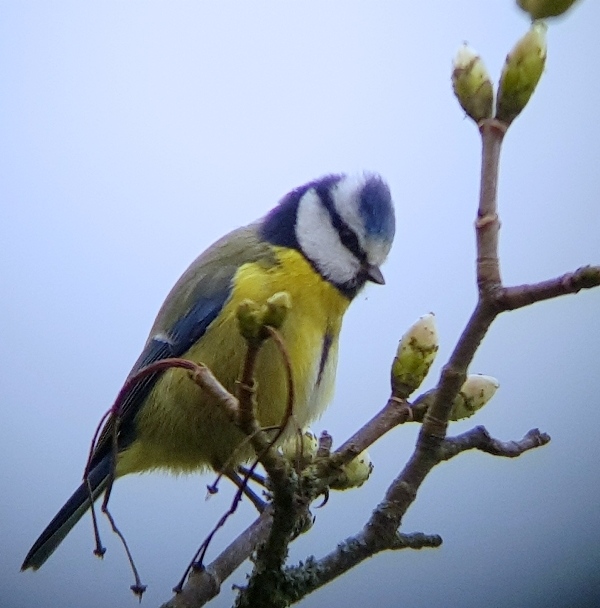 Blue Tit in the garden, this little fella has worked hard to find a mate and to guard the nest box I put up.

At 9am we drove into Yeovil to leave the new car which was having a new protective spray coating, we walked home through Ninesprings Country Park and Barwick House Park. I noted a pair of Tufted Ducks on the pool at Barwick House, that was the first time this year for this species, I remember seeing them on the pool last year. The Little Grebes are down to just one pair and two pairs of Moorhen make up the total of birds seen on the pool. 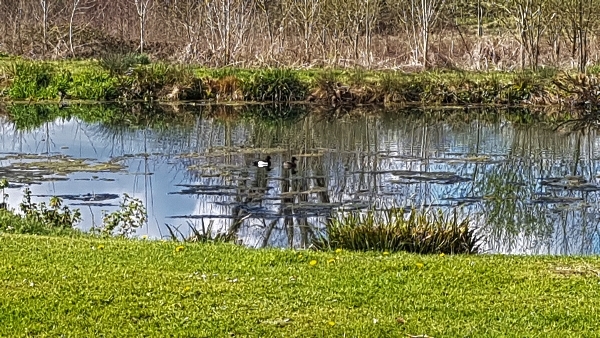 Tufted Ducks on the pool at Barwick House

We saw Great Spotted Woodpecker, we heard Green Woodpecker and a Nuthatch as we made our way along Rexes Lane. 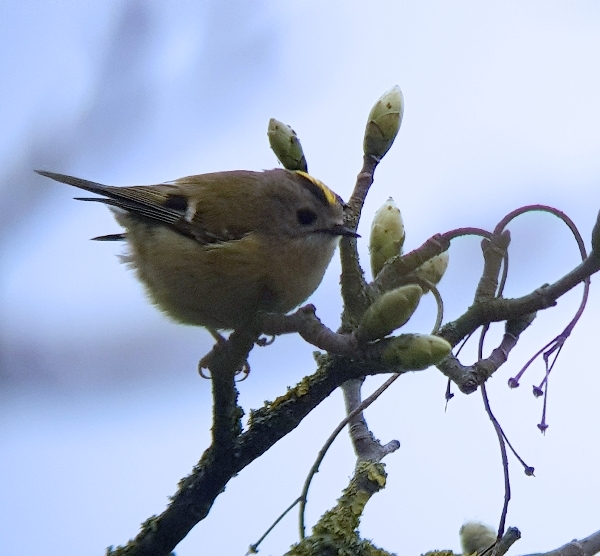 Goldcrest in the garden

At 2pm we walked the same route in reverse, nothing new was added to the list, we walked the 3 ½ mile in 90 minutes and we were back home by 4pm. It had clouded over and we experienced some rainfall during our second walk. 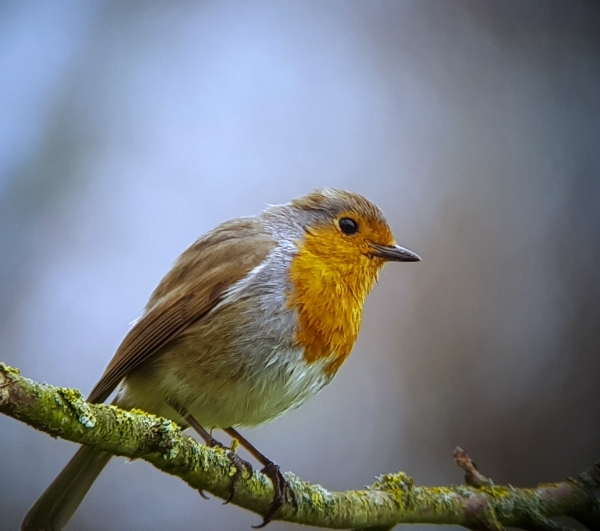 Throughout the day I had walked 18,424 steps which according to my ‘Health Tracker’ App. Was equivalent to 7.85 miles!