ALL DAY TRIP TO PORTLAND AND WEYMOUTH

WEATHER: a glorious day of sunshine spoilt only by a very cold easterly wind. Temp 2 – 11C

Nigel Bleaken, my birding pal from Chepstow arrived at my home at 7am and together, in separate cars, we drove down to Weymouth and then onto to Portland. We made one stop along the way and that was at Ferrybridge. The tide was on the way out and despite dog walkers on the mud flats there was a few waders out there.

A pair of Whimbrel were the first birds we saw and then a Eurasian Curlew was seen further out on the edge of the water. One or two Oystercatchers were also on the muddy banks and a few gulls sat on the water, two of Gulls were adult Mediterranean Gulls. 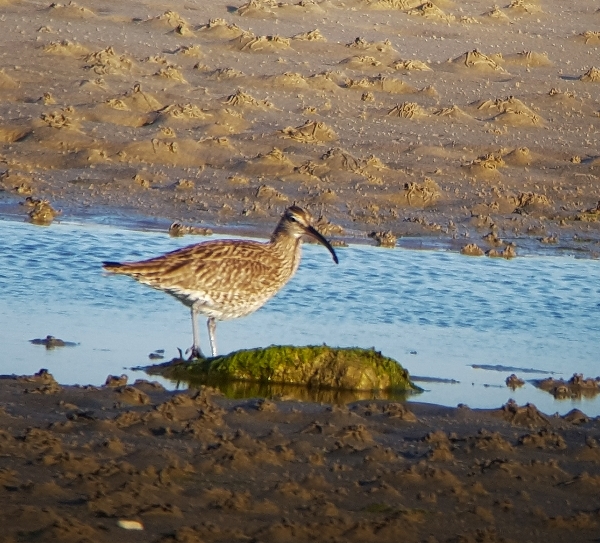 One of two Whimbrels at Ferrybrdige this morning 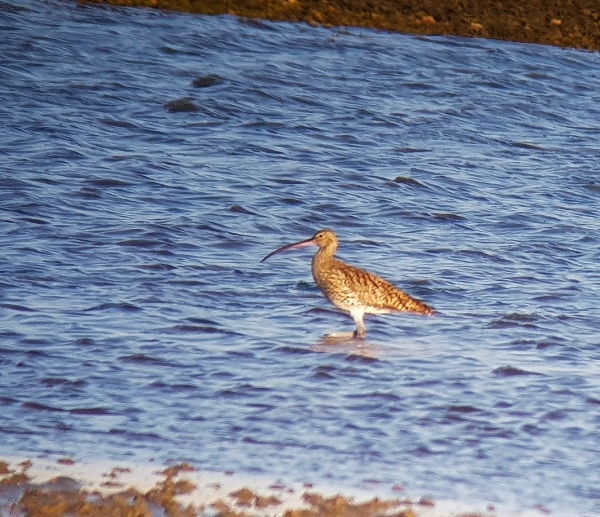 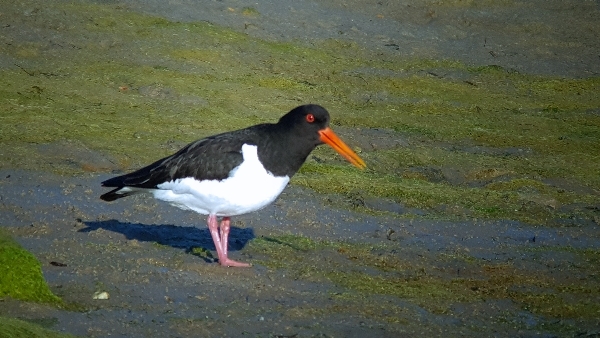 We drove next to Barleycrates Lane on the western side of Portland, it is a site where 3 Ring Ouzels have set up a temporary home, I did see them a couple of days ago, but I wanted a better look, Nigel had seen up to nine of them in Gloucestershire during a recent visit. After just a few minutes of leaving our cars we saw a male Ring Ouzel fly up from a hedge, it rose very high and headed across a meadow. We had good views of it in the morning light but it flew off and landed about ½ mile away in a bush. 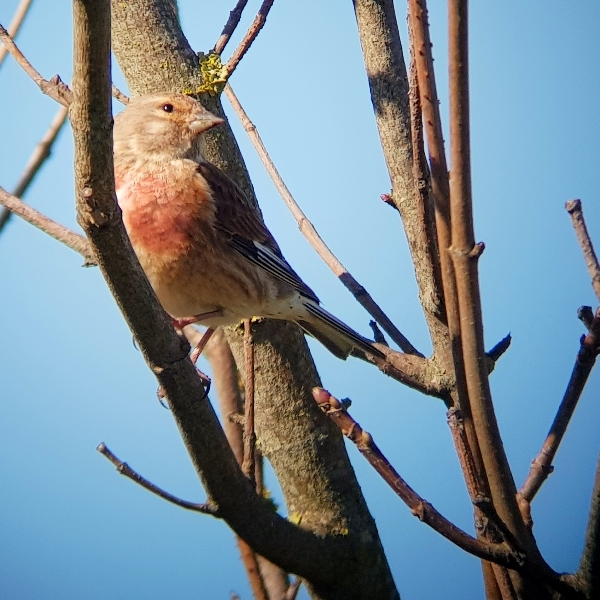 Linnet is a common bird on Portland

For the next hour we searched the area for more Ouzels without luck, we did see a few Blackcaps, some Linnets and Goldfinches and Nigel pointed out a Peregrine Falcon which had just taken a Blackbird (thankfully not a Ring Ouzel), the Falcon flew off with its breakfast.

Our next port of call was just a stone’s throw away at Reap Lane, we were now looking for Whinchats and Wheatears but in fact the first bird we found was a Common Redstart. It was a female and not long after we thought we found another one but it looked darker, it disappeared quickly. The second bird could have been a female Black Redstart. 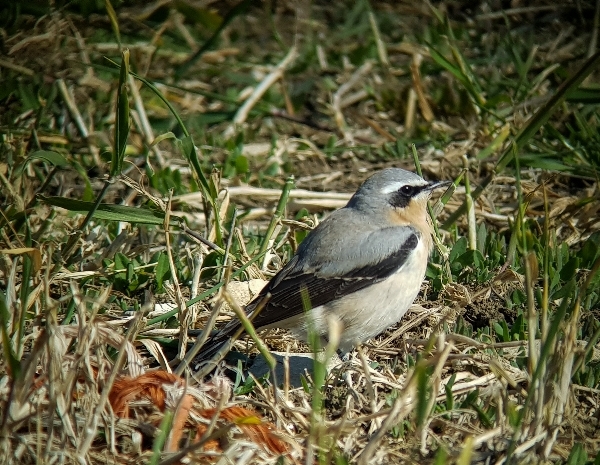 We then walked around a fenced horse paddock were Nigel got onto a male Northern Wheatear, we then found three more before we got onto another one of our target birds, a Whinchat. It was a superb male and it wasn’t very obliging because it stayed in the middle of the field and remained out of photographic range. 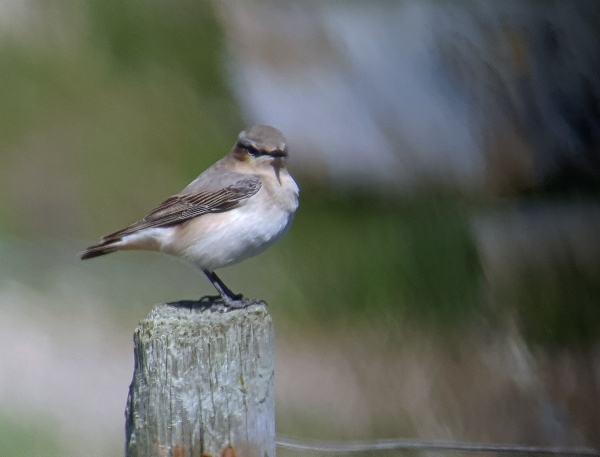 Our main objective for our visit to Portland was to try to see the WRYNECK which had been found yesterday in the quarry next to the Portland Bird Observatory Lighthouse. We parked our car in the Observatory car park and walked the short distance to the quarry. A small number of birders were already looking for the bird, Guy Campbell was one of them,  of course we had just missed the Wryneck, it had been “showing very well”.

After about an hour of searching we had seen a couple of Blackcaps, some Linnets and Goldfinches but not the Wryneck. So, we walked back to our cars, got out our flasks and poured ourselves a cup of coffee which we drank whilst sitting on a bench on the Observatory terrace. We then went back to the quarry for our second vigil.

Just before we were about to give up the ghost, one of the other birders called out that she had seen the Wryneck and over the next 30 minutes we had some wonderful views of it. The bird did disappear for a short time and Nigel re-located it, the bird sat out feeding for the remainder of our visit, we left it feeding on the ground at the top of the quarry. 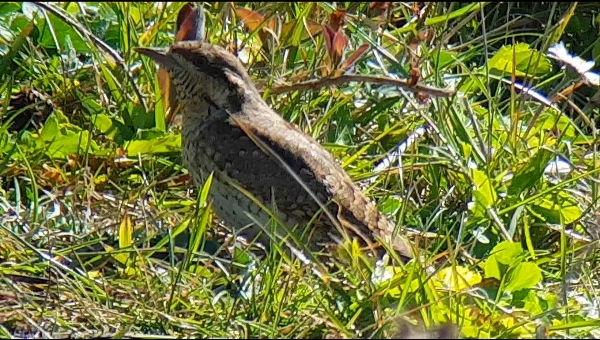 Eurasian Wryneck in the Obs Quarry 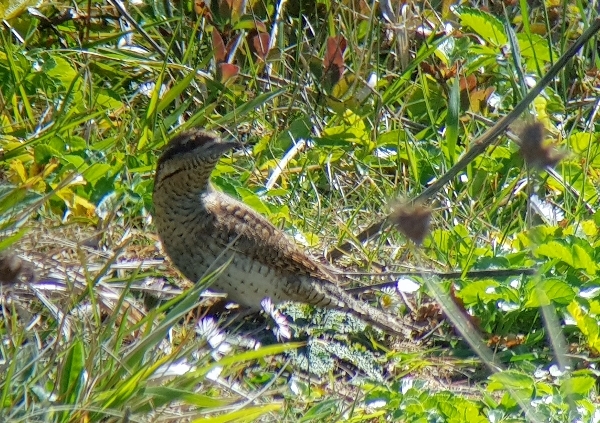 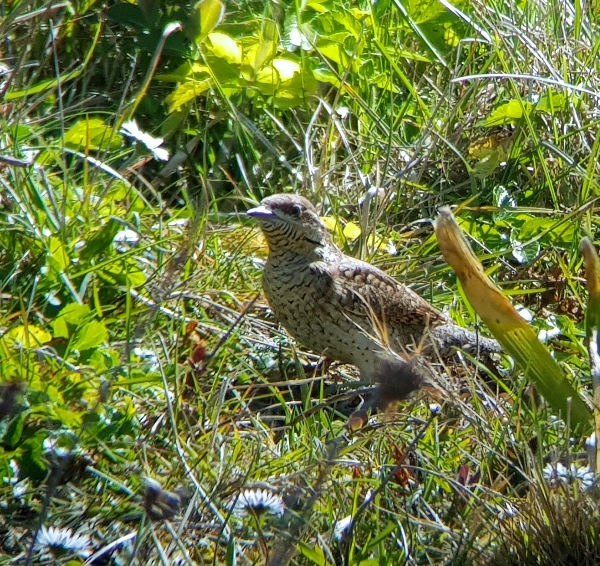 Guy joined us for the rest of the day, we now had a convoy of birders. Just for luck we made a second visit to the Ring Ouzel site, but before we walked along the lane we sat on some portland stone and ate our picnic lunch. Our second visit produced a better sighting of a male Ring Ouzel, however, it was quite distant, you can just make it out in the picture below. 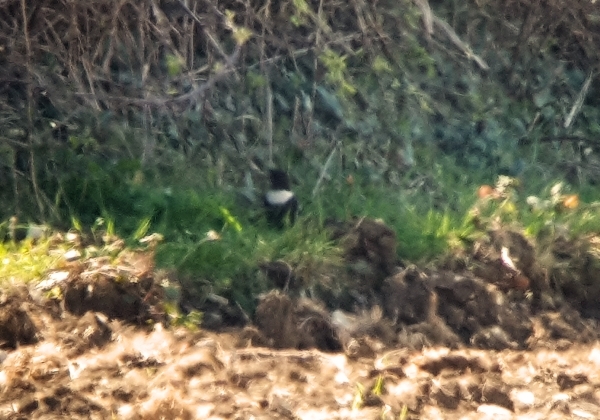 Whilst we were in the vicinity we decided to pay a second visit  to Reap Lane where the Redstarts were sighted earlier, we wanted to get better views of both of the Redstarts. This time the Black Redstart showed well but not the Common variety. We also had much closer views of Northern Wheatear of which we counted 11 in one small area. 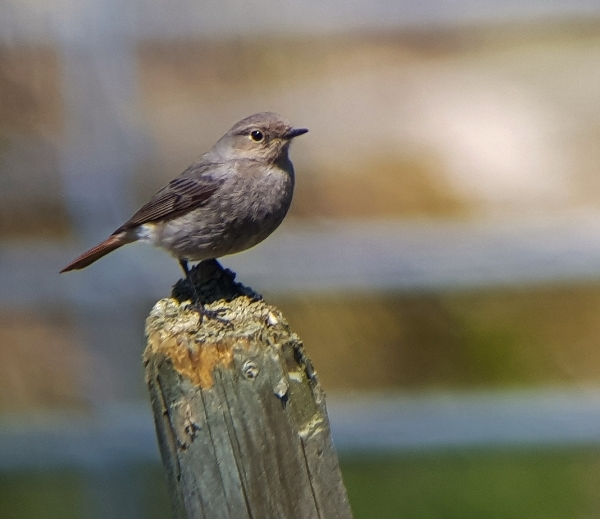 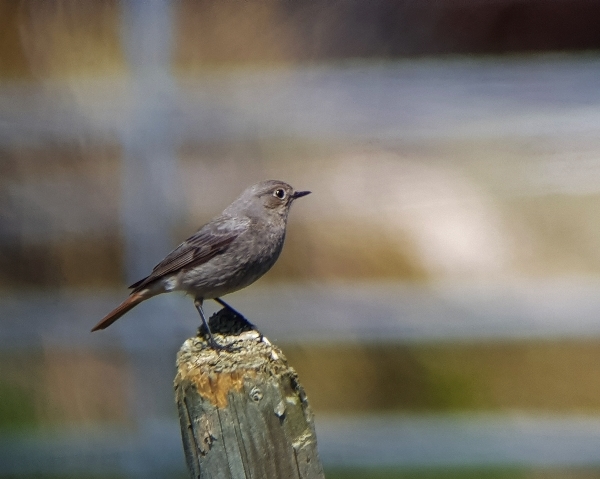 It was now 3pm and we wanted to finish our birding day at Lodmoor where we hoped to see a few more species. The weather remained bright and clear on the coast but we could see a build-up of cloud inland. We parked our cars at the northern (inland side) of Lodmoor and walked along the western track towards the beach. 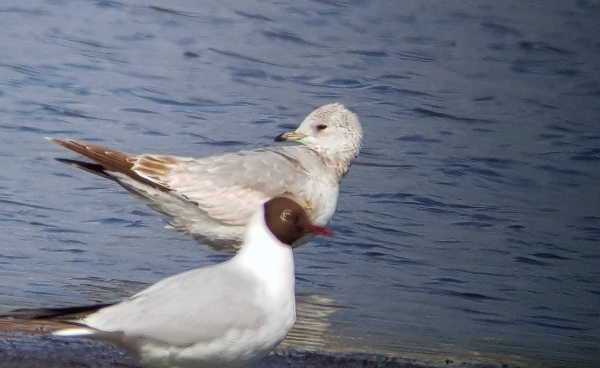 Soon we were watching a variety of ducks, geese and waders, we saw a good number of Black-tailed Godwits, a single Whimbrel, a few Common Snipe, a couple of Oystercatchers and a Dunlin. Little Egret, Grey Heron, Canada Goose, Teal, Mallard, Coot, Common Pochard and Moorhen were also visible. Amongst the gulls we saw Common Gull and a few Mediterranean Gulls. 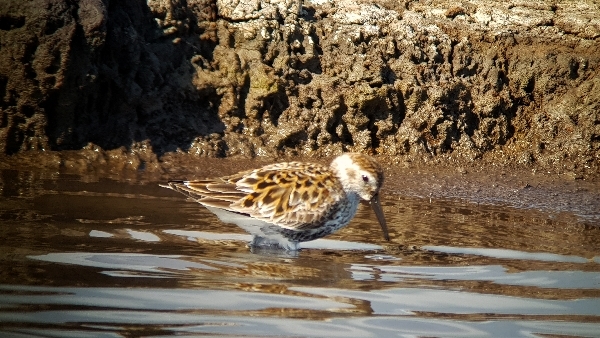 a Dunlin at Lodmoor just coming into summer pluamge

Cetti’s Warblers called from the scrub but we did not hear any Reed or Sedge Warblers. Just before we left, a couple of noisy COMMON TERNS flew in off the sea, they circled the main lagoon before disappearing back over the sea-wall.

As we walked back towards our cars I received a call from a birder who was watching an ICELAND GULL on the other side of the reserve, Guy and myself quickened our pace as we set off to see it, Nigel gave up on the walk and headed back to the cars. We had great views of the Iceland Gull as it sat preening in a shallow pool with other gulls. A bonus bird was a quick sighting of a Green Sandpiper, another year tick for me. 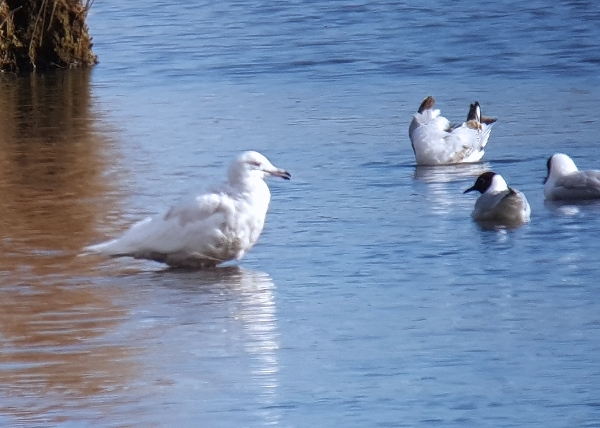 the ICELAND GULL seen at lodmoor this afternoon 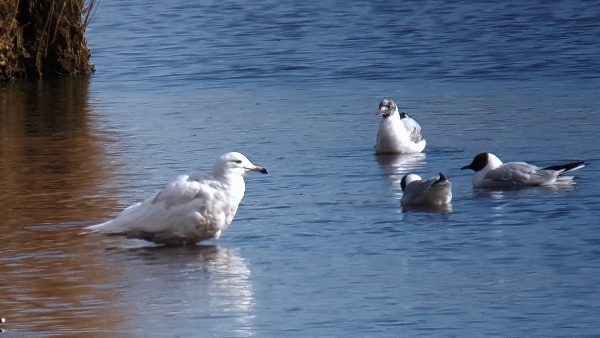 We left Lodmoor around 5pm, I said goodbye to my two birding buddies and headed for home.