We had a tremendous day out on the ‘Levels’ today, the weather was lovely and the bird song was amazing. An early start saw us arriving at Shapwick Heath at 9am, we parked where a track runs along the old railway line all the way to Glastonbury, we intended to walk through Shapwick Heath to Ashcott Corner and the RSPB Reserve at Ham Wall. 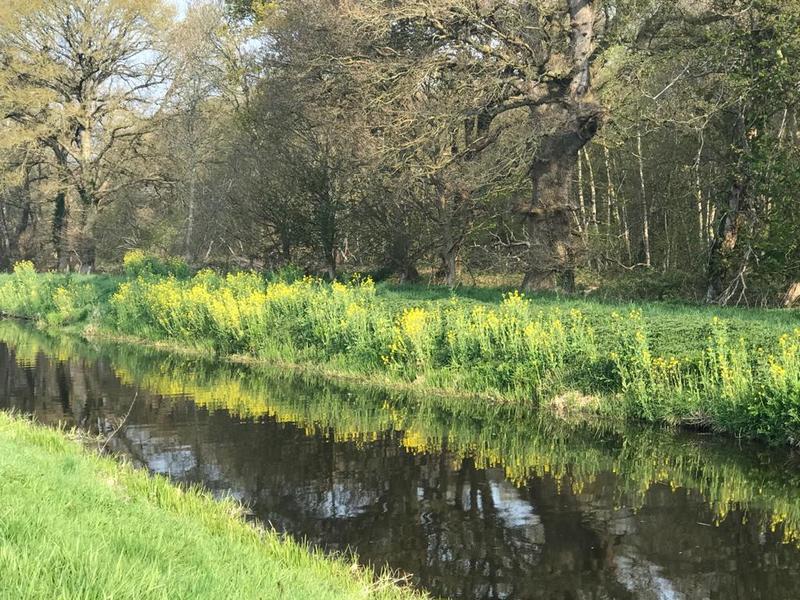 the Mian Drain running parallel to the track

Just a couple of minutes along the track we heard a number of birds singing, Blackcaps were everywhere, we also heard Song Thrush, Willow Warbler, Chiffchaff and our first Garden Warbler of the year. We located the Garden Warbler and waited for him to move into a position where I could a picture of him in song. 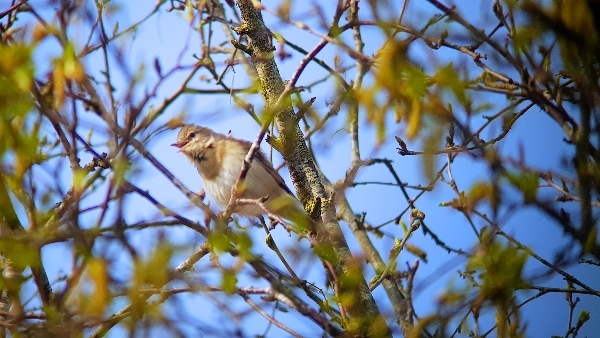 Our path ran along the main ‘drain’ (canal) which was bordered by marsh heath on both sides, we had Shapwick Heath on our side and Meare Heath on the other. Marsh heath consists of reedbeds, small areas of woodland and open pools, in the bushes were heard more warblers, Cetti’s Warblers and Chiffchaffs and in the Reeds were heard Reed Warblers. 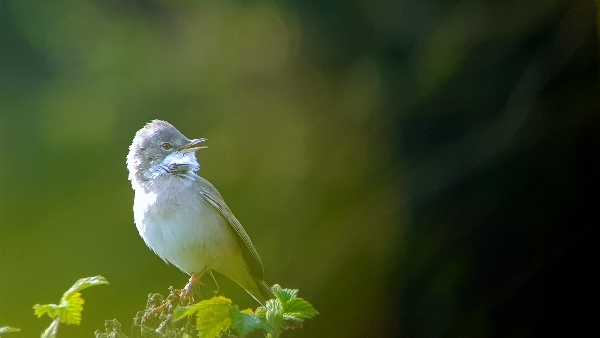 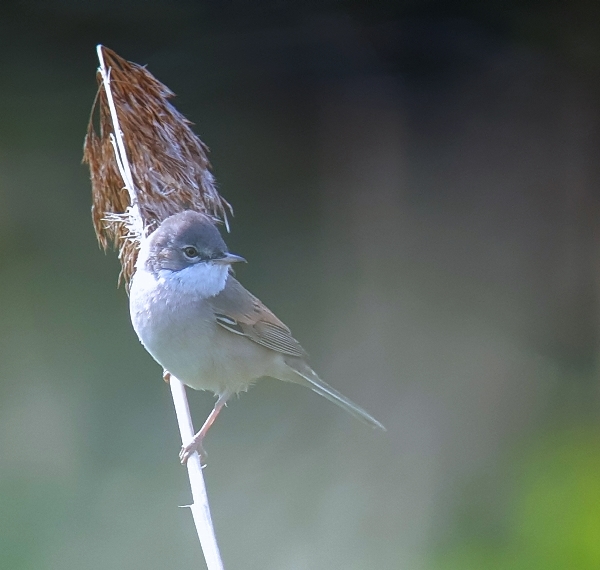 The first clump of bramble along the track produced our first singing Common Whitethroat, it showed very well and performed its display flight several times whilst we were there. I took a few pictures before moving on. 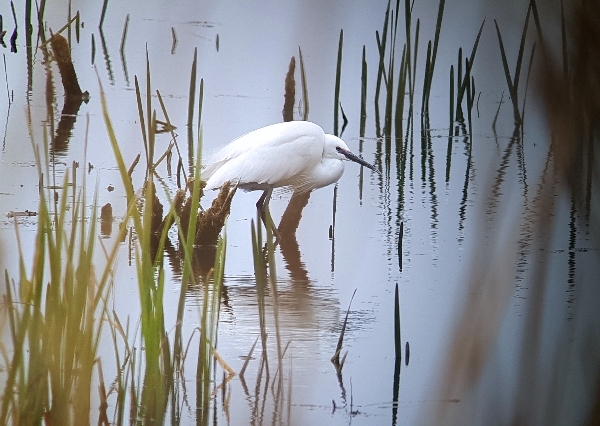 Little Egret above and Great Egret below 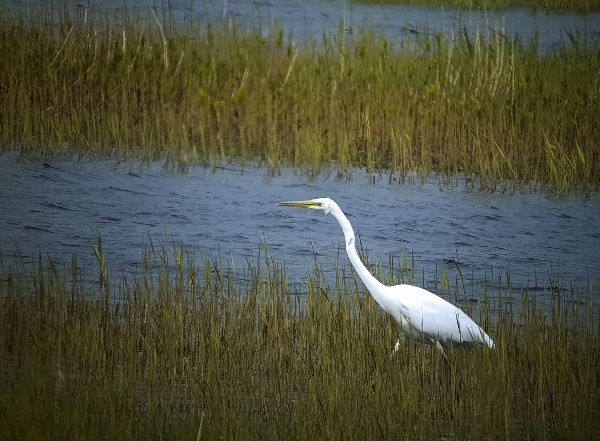 We approach a large area of open water called Noah’s lake and on the other side of us was a large reedbed, over the reeds we saw a couple of Marsh Harriers and we heard two Bitterns ‘booming’, just as we were about to move on we found a Hobby. The Hobby was hawking insects and after a short while it flew down and perched on some dead branches at the far side of the reeds, too far for a picture. 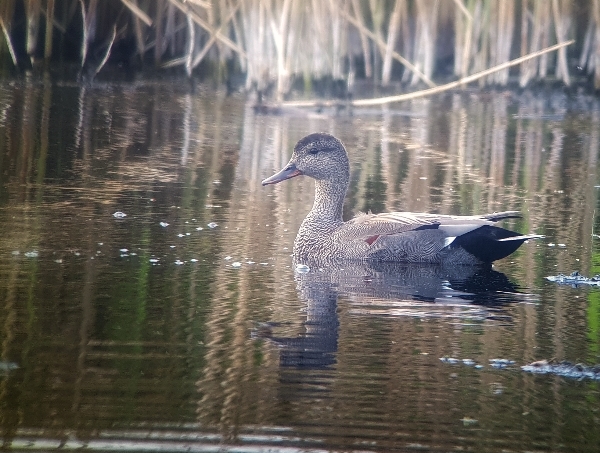 a male Gadwall looks very smart in his summer attire

Both Little and Great Egrets were seen, as well as Grey Heron, Cormorant and all of the seven common duck species. I searched the sky for a sighting of a late Osprey without luck.

We had hoped for a nice cup of coffee at ham Wall visitor’s centre but it was shut!! So we set off for walk up to the viewing platforms as all the hides are still closed. We added a few species to the day list from the viewing points such as: Lapwing Black-tailed Godwit, Great Crested and Little Grebes, Moorhen and Coot (the latter two both had chicks). 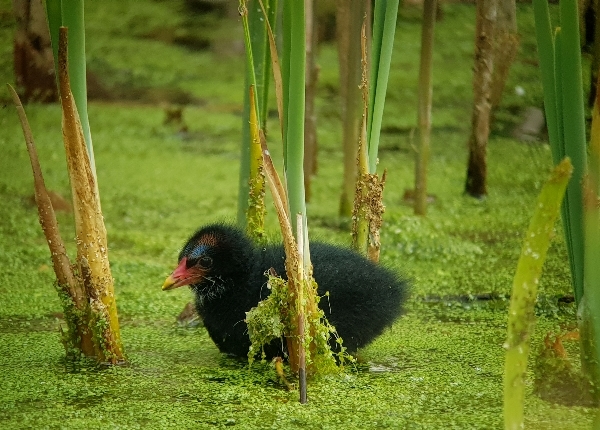 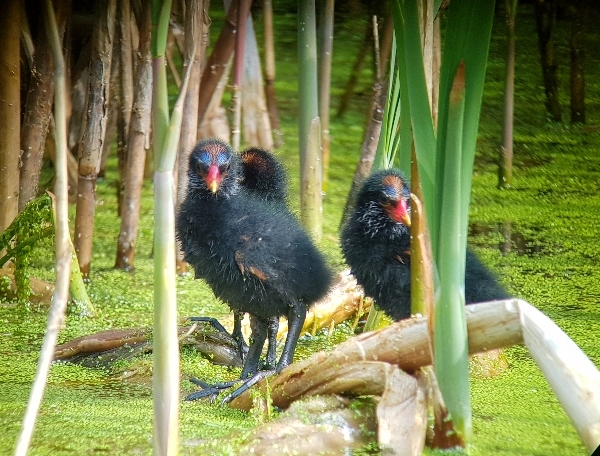 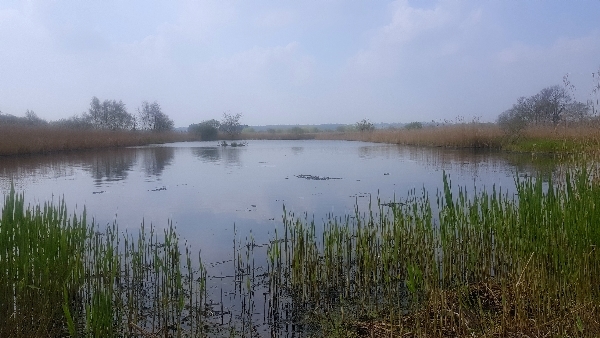 We ate our lunch sitting in lovely sunshine watching over Loxton’s pools and Reedbeds, a very showy Cetti’s Warbler sang to us whilst we ate, but he never stayed long enough to have his picture taken. Just after eating we noticed a few people gazing up into the sky, following their gaze we got onto a bunch of Sand Martins and a single Common Swift.

Our walked back to the car produced two of our best sightings we also had very good views of a singing Willow Warbler. The first of our good sightings was that of a Great Bittern, one flew from the Noah’s Lake area right over us and land in Meare Heath Reedbed, if only I had a camera I could have got a fantastic picture. 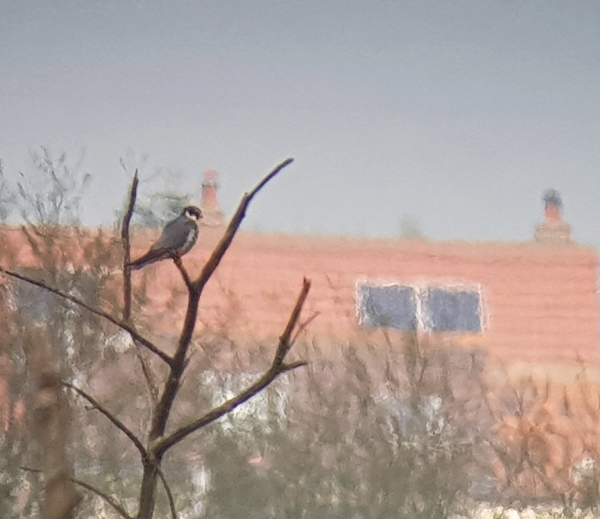 Just after the \bittern sighting our second Hobby of the day also flew across the track, this bird hawked over Meare heath and just like the first one earlier it landed on a dead branch. This second bird sat a little nearer and I was able to get a record shot of it. Other species seen include: Raven, Great Spotted Woodpecker, coal tit, Long-tailed Tit, Reed Warbler and all the common woodland birds. 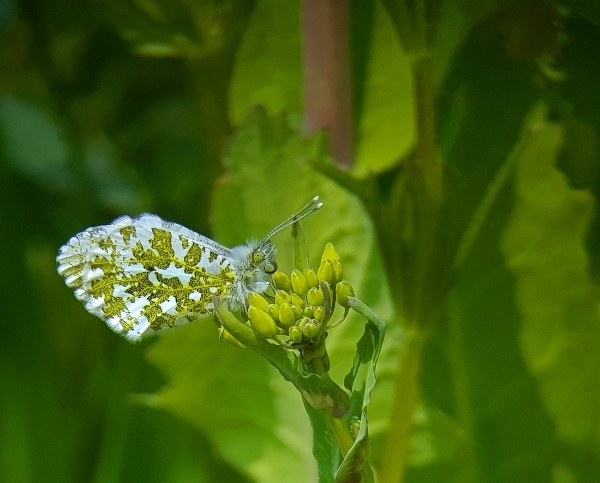 the underside of the Orange-tip Butterfly is amazingly colourful

Other nice sightings were of butterflies, there was many on the wing as the day warmed up. Dozens of them in fact. We saw Orange-tip, Small and large Whites, Peacock, Red Admiral, Speckled Wood, Small Tortoiseshell and Brimstone. 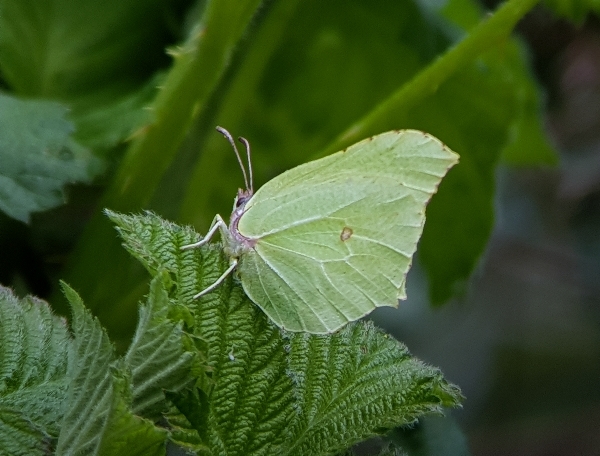 We left the area at 2:30pm and the rest of my birding for the day was done in the garden, watching all my local birds from the comfort of my couch.