I took a short walk this morning along the stream next to our home. I walked along the lane towards the train station, as I crossed the road bridge I saw a Common Kingfisher fly upstream away from me. On my left I had good views of a section of the stream and just around a bend I caught a glimpse of a Little Egret and managed to get a few photos of it before it flew off. 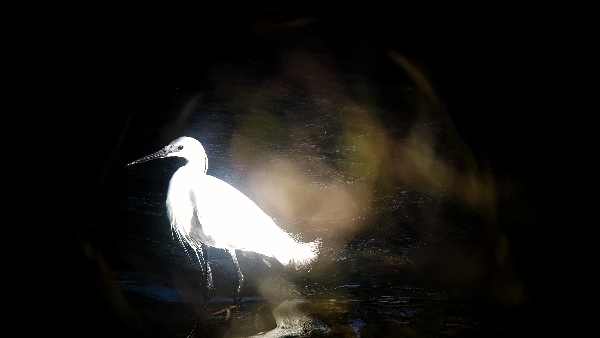 Little Egret standing in sunlight down in the dark stream 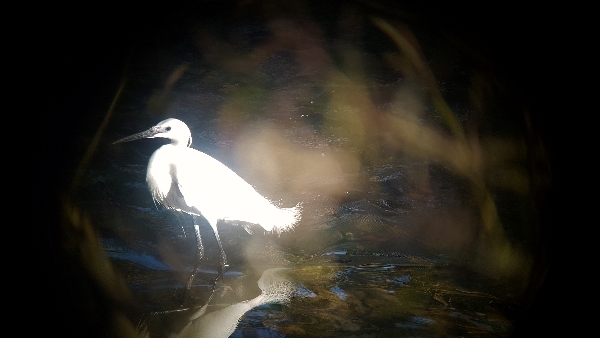 Both Chiffchaff and Blackcap were singing from trees along the lane, I headed south to walk through the woodland along the stream to the south. I was hoping to hear a Common Whitethroat, but other than a Song Thrush, a Robin and a Wren I heard nothing else.

A group of three small finches flew around over the wood and landed on a telegraph wire above a field on the other side of the stream, I got my scope onto them and saw that they were Linnets, but one of them was a little larger, it had a supercilium and a plain coloured breast. It was in fact a Northern Wheatear!! 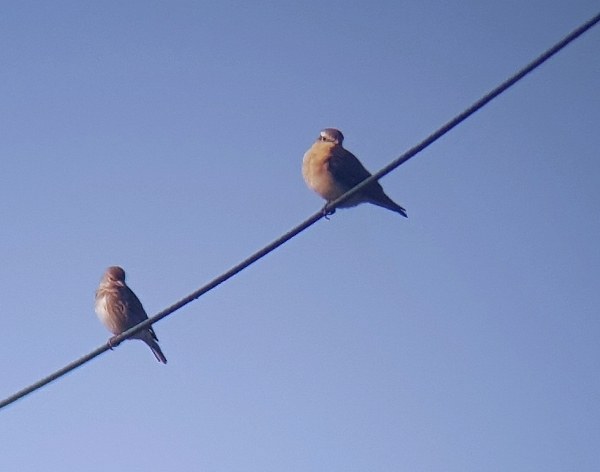 a Linnet and a Wheatear

Well, that was a surprise, a fantastic find for my ‘patch; and most certainly the first Wheatear I have ever seen in Stoford! I walked around the large grass meadow looking again for any sight or sound of a Whitethroat, none appeared but I know that they will be back very soon. 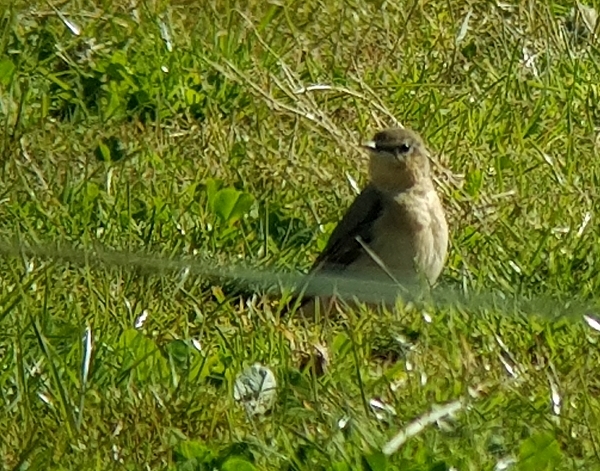 better views of the Wheatear 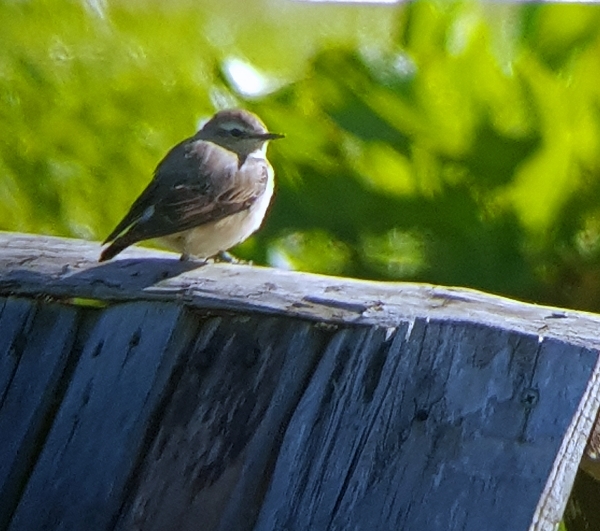 I wanted to get a better picture of the Wheatear so I walked back to the main road which I followed for a couple of hundred meters to gate where I had good views of the paddock where the Wheatear flew into. Sure enough I relocated the bird which wasn’t being very active at all, perhaps exhausted after an overnight migration flight. It move a few times but generally it stayed hunkered down in the grass. 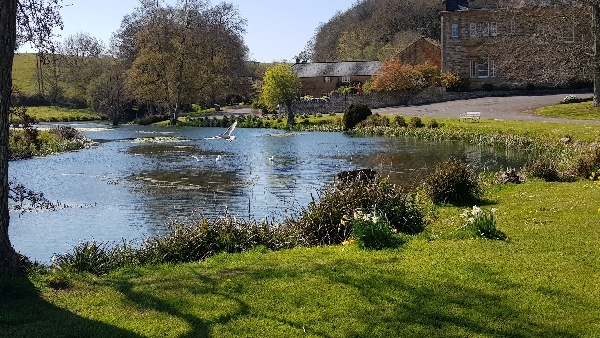 Barwick Lake with a few Herring Gulls on it

Later in the afternoon Dawn and I walked around the two villages of Barwick and Stoford, it was lovely in the sunshine. We stopped again  at the wheatear site but the bird had moved on! At Barwick House we viewed the lake, we saw a family party of Moorhens, 5 chicks with their parents. Also a pair of Tufted Ducks, a single Little Grebe and three Mallards. Unusually, a small flock of \herring Gulls were bathing in the lake, we heard Green Woodpecker calling as we made our way back home.