WEATHER: a beautiful sunny morning, no wind and much warmer after an initial frost. Temp 11C

It was about time that I went into the valley again, it has been over a week since my last visit. Before I left the garden I scanned the meadow and saw a pair of Ravens, they were eating the rotting flesh of a dead Lamb, such a lovely breakfast!! 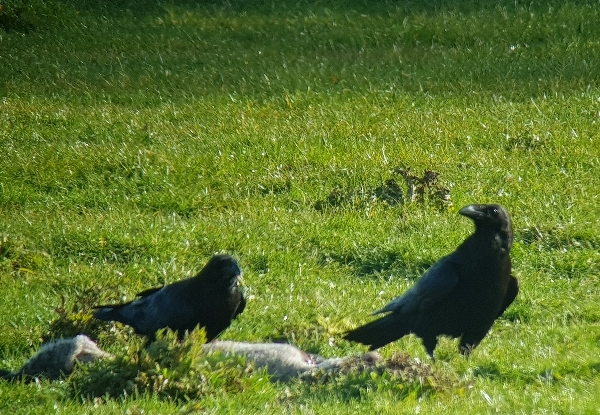 Ravens in the meadow, picture taken from our garden

Once in the valley my first view of the stream produced a sighting of a Common Kingfisher, it flew off downstream away from me. I then saw a wagtail on the roof of the ruined barns, I fully expected it to be a Grey Wagtail but it turned out to be a Pied Wagtail. In fact, a pair of them were on the roof, perhaps they are joining the Grey Wagtails and are nesting inside the building. 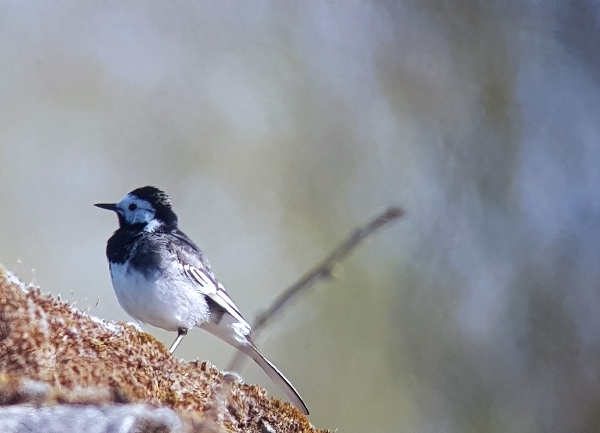 Pied Wagtail on the roof of the ruined baarns

I walked downstream as far as the River Yeo, I had two more sightings of the Kingfisher, I also saw three male Mallards together and two pairs of Mandarin Ducks. One of the female Mandarins did not see me and I managed to watch her feeding. The surface of the water was covered in insects, they were gnats of some sort and many of them were landing on the water. The Mandarin was ‘hoovering’ them as fast she could. I thought she would have to take up thousands of them to get a meal out of it! 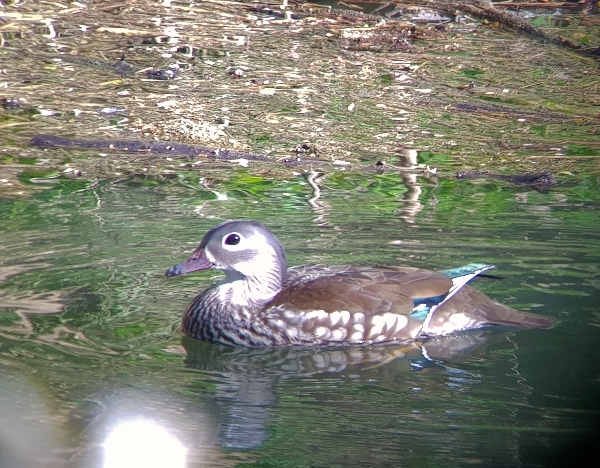 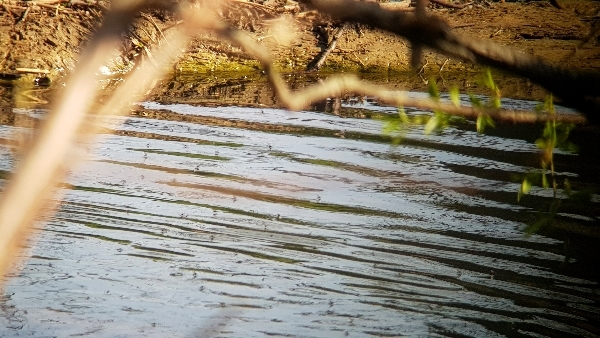 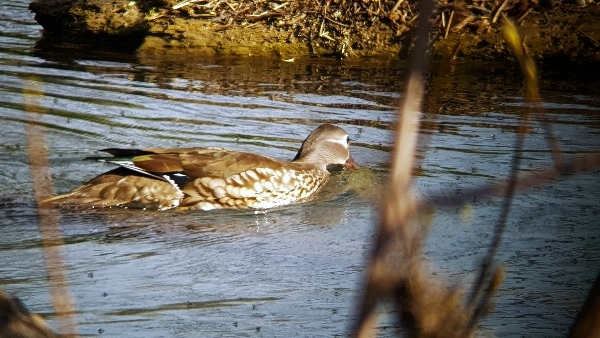 the Mandarin eating as many gnats as it can catch

Further down the stream I watched Great Spotted Woodpecker, Common Pheasants, Red-legged Partridges and one interesting sighting was that of a pair of Skylarks, they flew over me from the fields on the far side of the stream a good sighting for the valley. I heard a Goldcrest singing but could not locate it and the same went for a Song Thrush. Many Wrens were singing and Robins, Chaffinches, Chiffchaffs and Blackcaps were also in song. 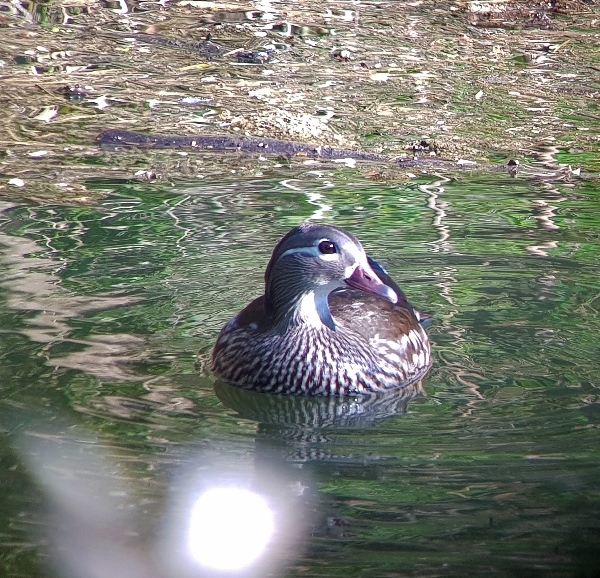 On my way back I heard the Ravens calling and I watched Blue, Great and Long-tailed Tits feeding in the alder trees. Most trees are now in leaf and finding birds is getting harder. I headed home after two hours, I hadn’t seen much but it was very enjoyable in beautiful sunny weather.

One nice surprise was the sighting of a Chiffchaff in the sycamore trees in our garden, it sang for quite a while before I located it.