WEATHER: a calm day of hazy sunshine, with clouds later and some rain. Temp 10C

It was a lovely today especially when the sun came out, quite still and full of promise. I walked round to the Valley after watching Great Spotted Woodpecker on my only garden feeder.

It was relatively quiet despite the good weather, I did seen Blue, Great and Long-tailed Tits in the first few trees along the stream but nothing on the stream. It was a Treecreeper that got my attention next, I saw one carrying food, I tried to follow it to its nest but I lost it when it flew across the stream. 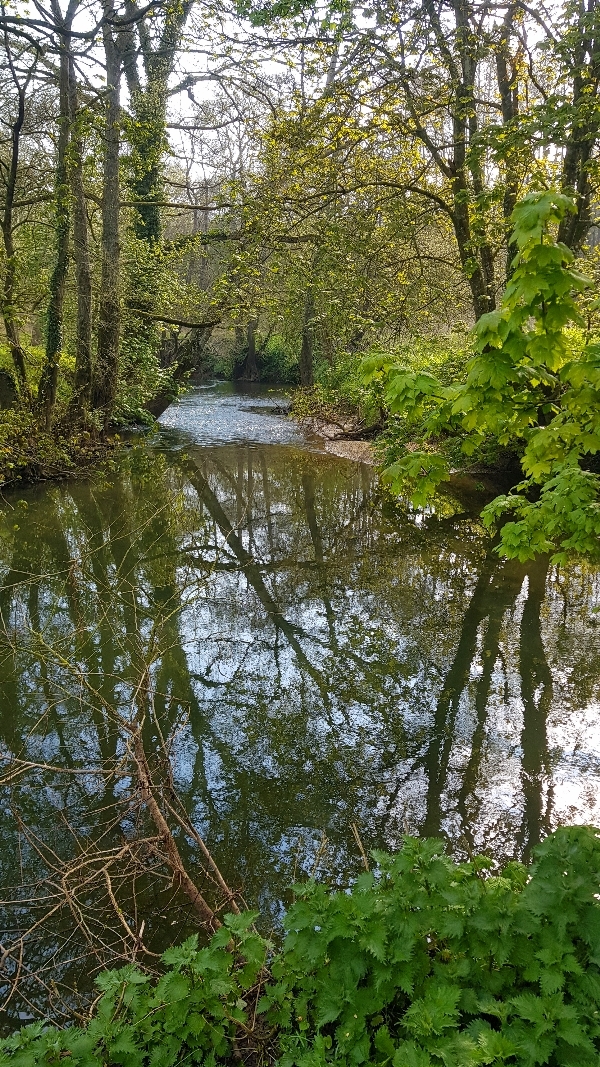 a view of the River Yeo taken from behind Rooks Hill

A Green Woodpecker called three times before I saw it fly from near its nest hole, I should imagine that eggs are still being incubated there. I was surprised at not seeing a Mandarin Duck until two startled me by flying up from very close to me, both were males. Once again, I assumed that the females were sitting on eggs. 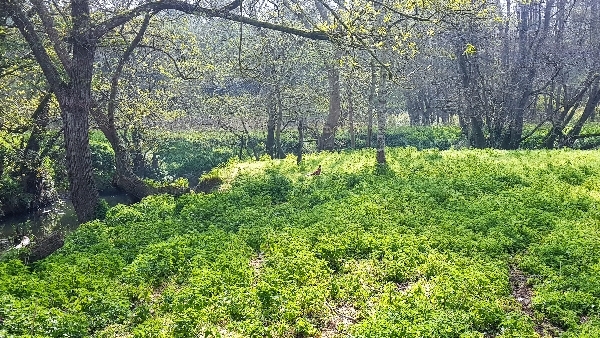 there is a Pheasant in this shot, honestly!!

As I walked down the valley to the River Yeo I saw a couple of Chaffinches flitting about and then I found a flycatcher! My first Spotted Flycatcher of the year and my first spring flycatcher in the valley. It performed well before disappearing in behind a thicket on the other side of the stream. 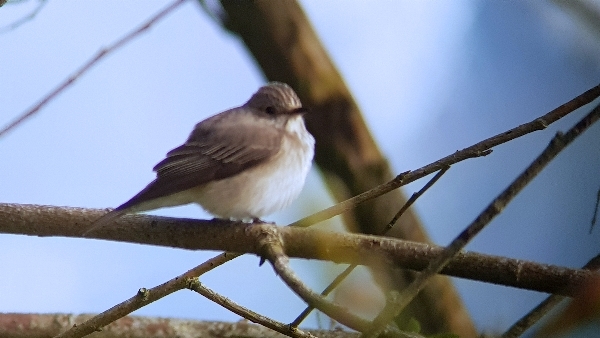 my first spring Flycatcher of any description

I walked the length of the River Yeo to the back of Rooks Hill, along the way I saw Song Thrush, a few Pheasants and a Raven, but not much else. Behind the hill on the bramble slopes I saw a couple of Chiffchaffs, Goldfinches, Dunnock, a few Wrens and a pair of Mallards were on the river Yeo. I also had good views of a pair of Blackcaps. 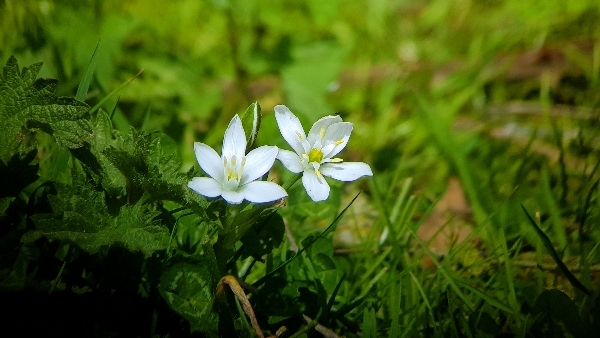 When I reached the entrance gate I decide to walk into the woods along the stream on the south side of the railway line, the temperature had improved dramatically a few butterflies were now on the wing. I saw Speckled Wood, Green-veined White, Orange-tip and a Peacock Butterfly. 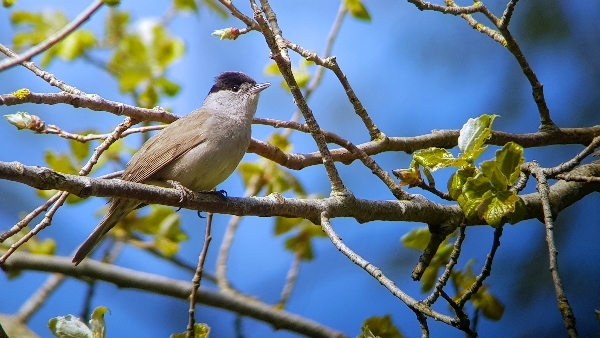 the male Blackcap in the woodland

The large, lone fir tree in the woodland has a pair of Goldcrests nesting in it, I could here the male singing loudly, so I set up the scope in anticipation of getting a photo. I saw movement in the fir and found a Chiffchaff, after a few seconds the Goldcrest flew down and chased the Chiffchaff off. I spent 10 minutes waiting for the Goldcrest to sit still and sing but it never did. 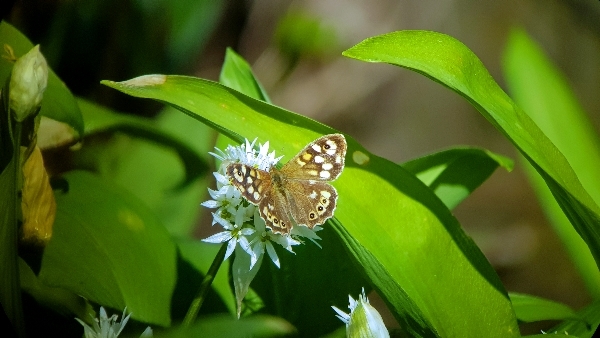 In the meantime a rather obliging Blackcap came quite close as he moved from song-post to song-post, he attracted a female at one point. Whilst watching the Blackcap I got on to another warbler in the trees at the back, I confirmed what I thought it was when I got it in the scope, a Garden Warbler, I would have thought that this was a passing migrant as the habitat was not quite right for that species.

A Chaffinch carrying food was next on my list, once again I tried to follow the bird to its nest but she was having none of that, I gave up and let her get on with feeding the kids. 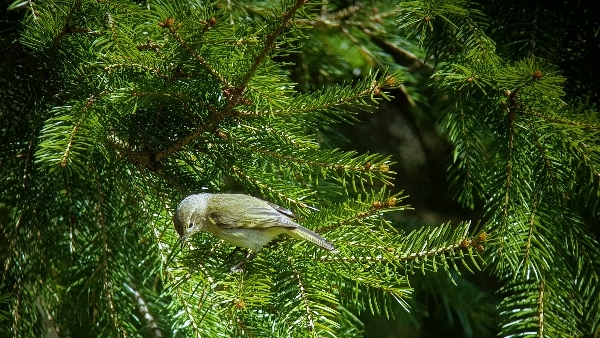 Chiffchaff in the fir tree

The weather forecast for tomorrow is horrendous so I will probably stay at home.