Before I left the garden I watched a pair of House Martins visiting their nest under the eaves of our building, at last they are back I was beginning to think that they were never coming back.

Although I never saw many species this morning, I had a really, enjoyable time walking in the valley and also to the south of the railway line. I set off at 8:30am and along the lane to the station I stopped on the bridge over the stream, a Kingfisher flew up from a low branch and perched in view for a few second before disappearing around a bend. 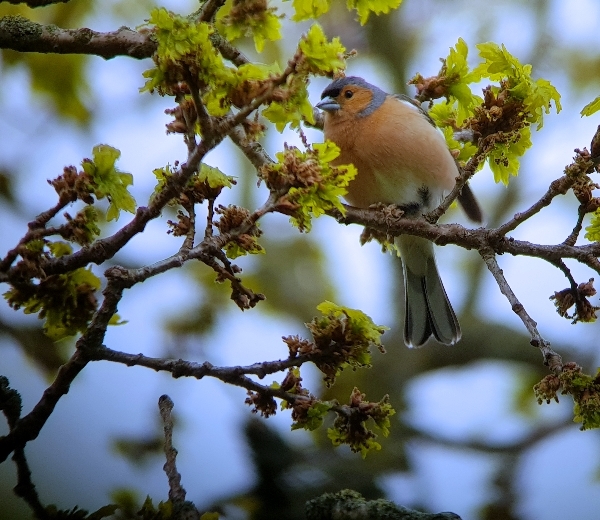 I walked under the railway line and into the woodland along the stream, I immediately heard Blackcap, Chiffchaff, Chaffinch, Wren and Robin. A Song Thrush flew up from the path in front of me and a Green Woodpecker called loudly from across the stream. As I past through the wood I counted 3 Blackcaps singing and two Chiffchaffs, I never had a photographic opportunity but it was nice just to hear so many species singing. 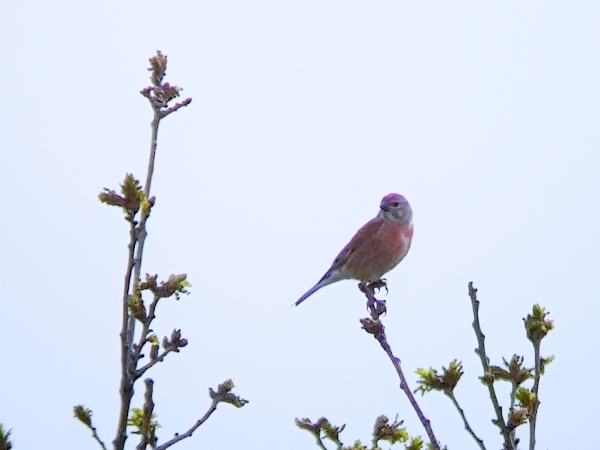 I walked into the meadow above the wood and went to look for a Common Whitethroat as a strolled up the slope alongside the railway line I looked up to see a group of hirundines, a few Swallows were flying with about 20 House Martins, also with them was a couple of Common Swifts. 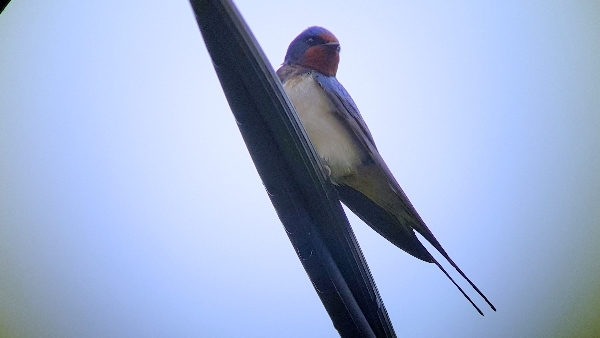 All I saw in the hedgerows around the meadow was a few Goldfinches and a couple of Linnets, one of which was very colourful. I saw a couple of Common Buzzards and then a very pale individual flew over, I had to look twice just in case it was something else!! 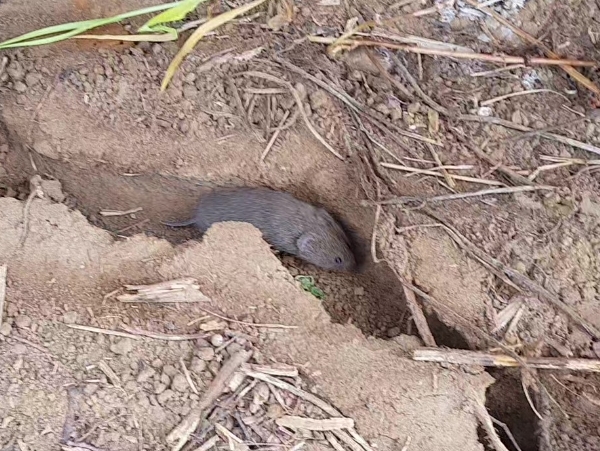 a Field Vole found under a corregated sheet in the grass

My walk into the valley was dominated by sightings of young birds that had fledged or parent birds carrying food, things happens so fast at this time of the year. The first bird I saw was a Long-tailed Tit carrying food, it was one of the pair that built its nest in the bramble clump, it did not fly to the nest site but a little further away where I assumed that the young birds had fledged the nest.

Next I watch a male Grey Wagtail on the stream, it performed well, the female flew past him and never bothered to stop. 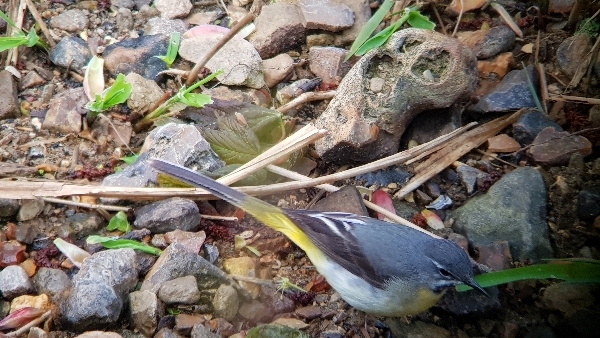 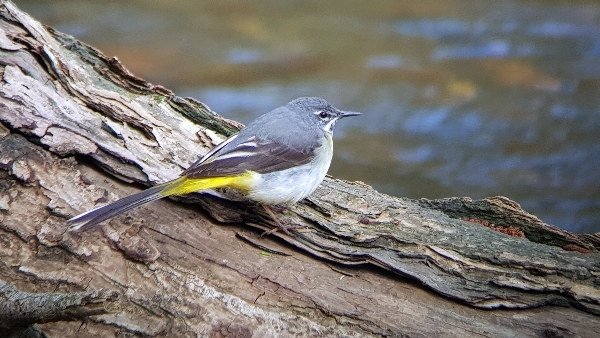 The best birding watching I had was a little later and further down the stream. I know I have said this before but there are two types of birders, Arsers and Leggers!! I am a legger and do not usually sit or stand in one place for very long, but today I went against the grain and stood for at least ½ hour because the birding was that good.

I was completely surrounded by a large family of Long-tailed Tits, there must have been a dozen fledged chicks being fed by two tireless parents. They looked so cute, but to get them to stand still was almost impossible. Eventually they tired a little and I managed a few pics. 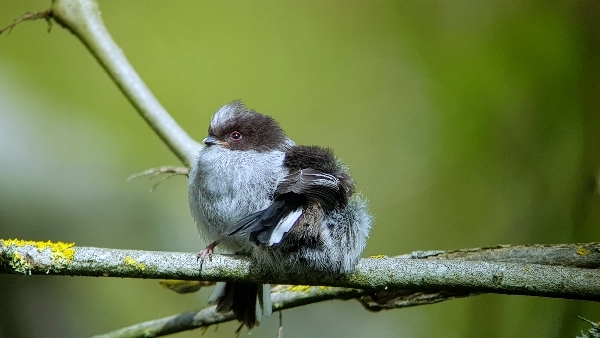 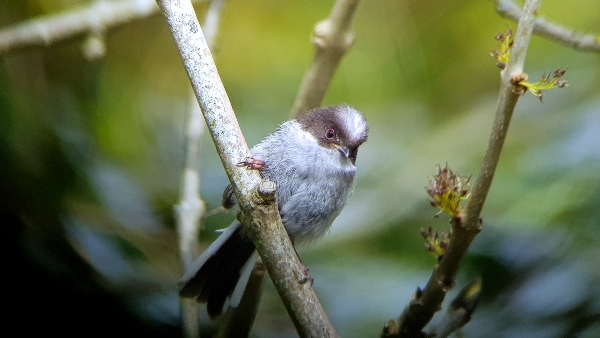 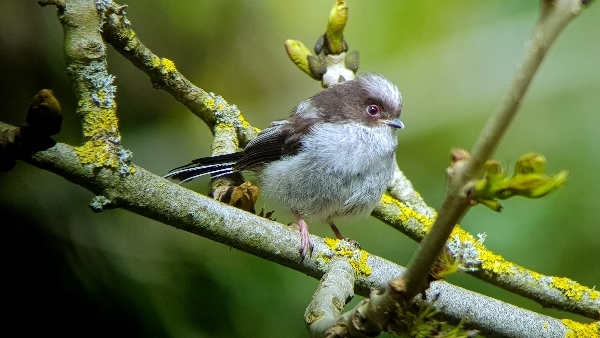 In the meantime, lots of other species turned up, I saw a Coal Tit collecting food very close to me and a pair of Greenfinches landed on the track not too far away, they quickly flew off when I moved  my scope by a millimeter. Then three male Mandarin Ducks flew into the trees and I managed to get a few pictures of one them. It does seem strange to be watching web-footed ducks standing on branches high up in a tree! 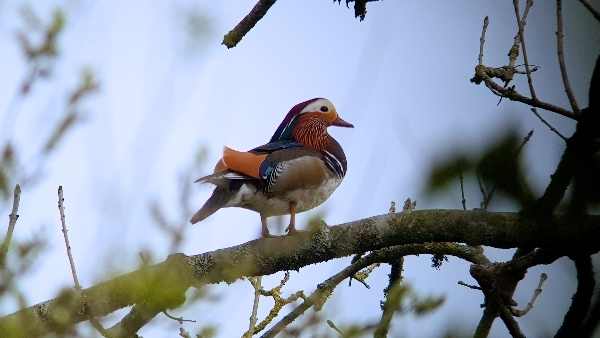 It started to rain quite heavily which delayed my exit a while, then I walked back the way I had come. A couple of Ravens flew over, a swirling of Herring Gulls circled in wet and windy conditions. The rain cloud blew over and the sun came out again, I walked home without getting wet. 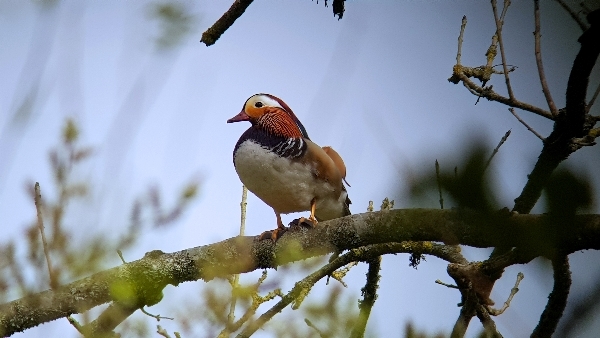 After lunch Dawn and I walked up into Stoford to cast our votes at the polling station and then continued with a circular walk around to Barwick village and Barwick House and the Lake. Once again, we saw several species with chicks, Mallards, Moorhens and Little Grebes all had plenty of mouths to feed. We sat on a bench in lovely afternoon sunshine and watched the proceedings on the lake. 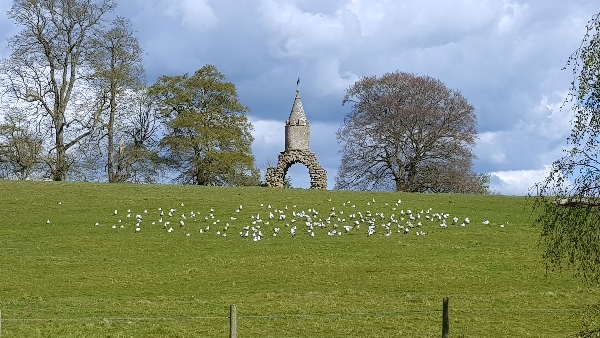 In the grass meadow a bunch of Herrings (100+) with just two Lesser BB Gulls sat on the grass, I was glad that they were not on the water as the duck chicks would have been in danger. On the way home we saw little else except for a few Rabbits, Squirrels and lots of flowering plants. 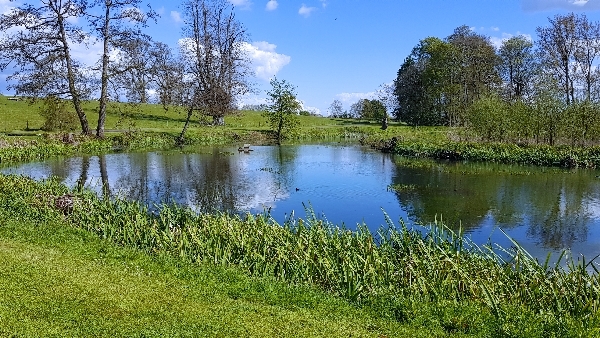