WEATHER: Dull and misty in Stoford, but sunny and warm on the coast. Top temp 17C

After yesterday’s atrocious weather, when I never set foot outside of the garden, today looked much better so Dawn and I decided to go to the coast. Cogden beach is one of our favourite places, it is beautiful down there and as a bonus, there has been a TAWNY PIPIT frequenting the beach area for the last 3 or 4 days.

Before we set off I made a few garden observations, a Blackcap was foraging in the sycamores, a Goldcrest was singing from the fir tree across the road and the Blue Tits were dashing in and out of the bird nest box, obviously feeding young now.

We drove through rain and thick fog on the way down, so we didn’t see much, but at the coast it was clear, and the sun was breaking through. From the car park to the shingle beach you pass through some scrub and open grassy areas, we saw a few warblers there, a Sedge Warbler, Chiffchaff, Willow Warbler, also Linnets and we heard a Blackcap. 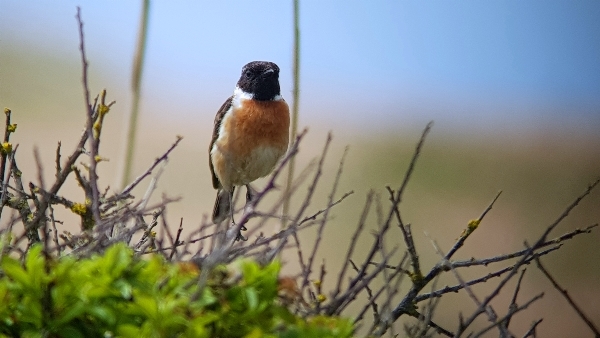 At the bottom of the hill we reached the shingle beach and headed eastward towards West Bexington, we took the grass path rather than walking on the shingle, the Tawny Pipit had been seen about 1 ½ miles along the beach, so off we went. We heard Cetti’s Warbler, Common Whitethroat, Skylark, Linnets and a Stonechat along the way. 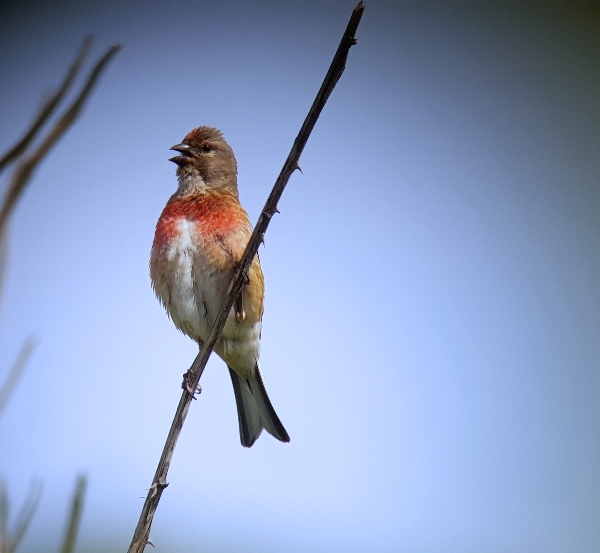 As we neared the site where the Pipit had been seen we could see a few birders on the shingle searching for the bird, I set up the scope and scanned the shingle. Within a few minutes the bird appeared and I got onto it, unfortunately it was too sunny and a heat haze prevented the opportunity for taking a decent picture. 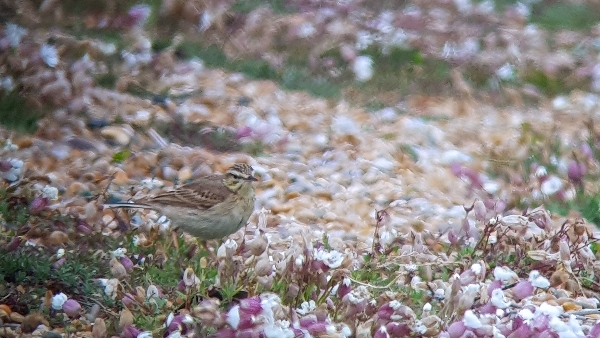 unfortunately this is the best I could do with the TAWNY PIPIT, it was a year tick

The bird would not keep still, it kept running to catch flies, after a while it flew off and landed in a ploughed field about 200 meters from the beach. That was our cue to leave, we took a slow walk back and had time to look at other birds. We found two Whinchats, several Common Whitethroats and at least three Lesser Whitethroats were singing, one of which sat out for a short while, so I took a couple of pictures. 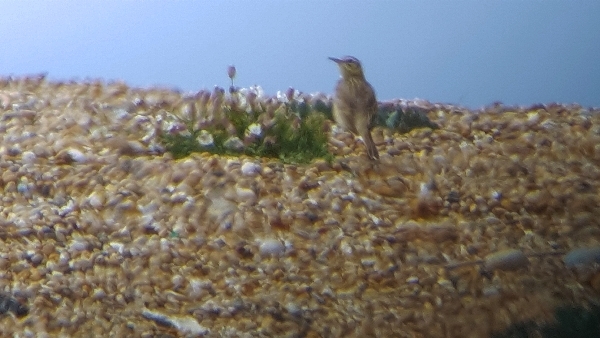 another blurred picture of the Pipit

Common Stonechats were posing well, Skylarks fed on the ground in the fields and some very smart looking Linnets landed on top of the bramble bushes. Many Swallows were passing overhead and I saw both a Kestrel and a Buzzard as we approached the car park. 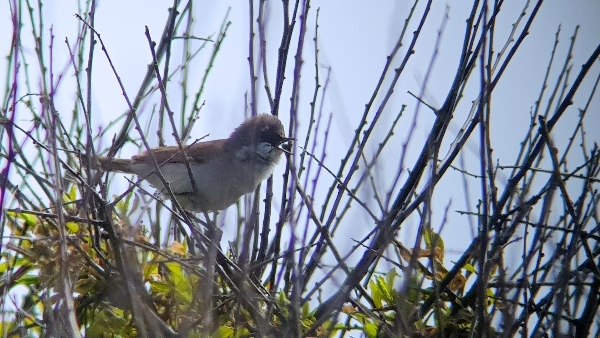 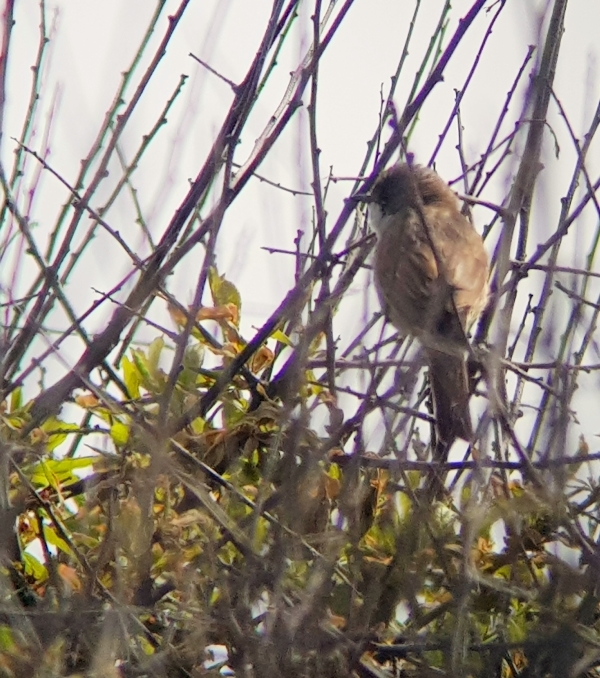 We left around 12:30 and got home within the hour. Back in the garden I saw Great Spotted Woodpecker and all the usual suspect except for Fez!! I mentioned a few days ago that he wasn’t looking too healthy, he had lost all his tail feathers and his primary feathers were dropping out. I fear that he has passed into birdy heaven because I haven’t seen him for 3 days now and when I scan the meadow from the garden I cannot find him.