MORNING WALK TO YEOVIL VIA BARWICK HOUSE AND NINESPRINGS

It really did feel like a spring day today, May had finally arrived and I was loving it!! An early garden watch produced a few sightings, Great Spotted Woodpecker, Carrion Crow, House Sparrow, Great Tit, Robin, Dunnock and a Chaffinch were all flitting about.

I set off on my walk to Yeovil at 9:15 and I made my way along the track to Barwick House, I saw Red-legged Partridges, Pheasant and a Green Woodpecker. At the lake in the grounds of Barwick House I watched Little Grebes, Mallards and Moorhens all with chicks and a single Eurasian Coot. A few Herring Gulls were circling over the area, they are the biggest threat to the ducklings on the lake. I also saw a pair of Mistle Thrushes which were the first May sightings of this species, number 134 on the list. 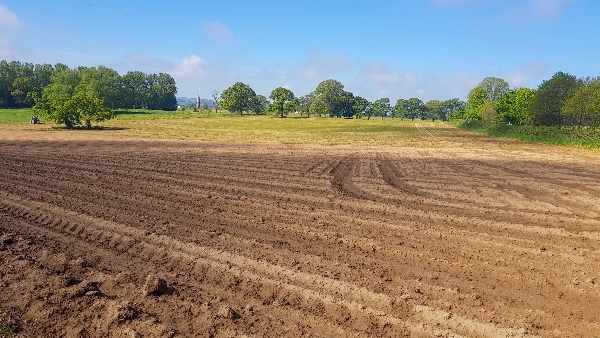 the farmer was ploughing the field above Barwick House, many Herring and Lesser BB Gulls followed the plough

I made my way into Ninesprings from the ridge above Barwick House, many birds were singing as I descended down the steep hill. I also saw Greenfinch, Song Thrush, Long-tailed Tit, Green Woodpecker and a Buzzard in the open woodland. 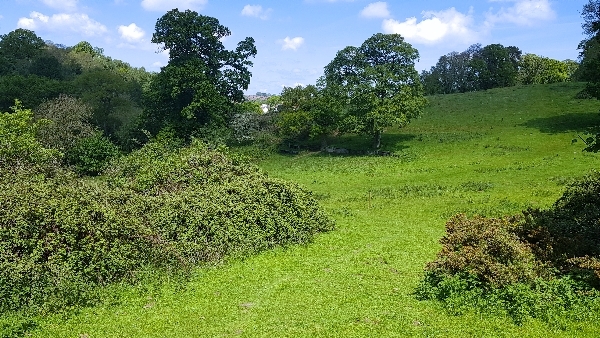 looking down into Ninesprings

I had to walked directly to my local doctors surgery so I never lingered in the vicinity of the main lake in Ninesprings, but on the way back I had plenty of time. 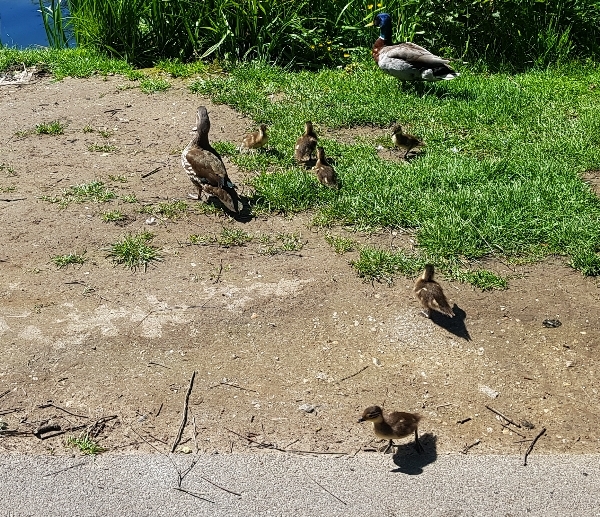 the Mandarin Duck family at the lake in Nine Springs

I saw the Mandarin Duck family, which last week consisted of mother and nine chicks, there are now six chicks still alive which was a bit of a surprise, I expected fewer because of the ever presence of Herring Gulls on the lake.

To my great delight I found a family party of Kingfishers, four chicks sat in a row on a branch overhanging the stream, the parents were never far away but refused to perched anywhere near me. I regretted not having my scope with me because I could only take pictures using my phone and my binoculars, the results are not very satisfactory and through my fumbling about I missed the best shots when all four Kingfisher chicks were sat on one branch, they looked so cute. 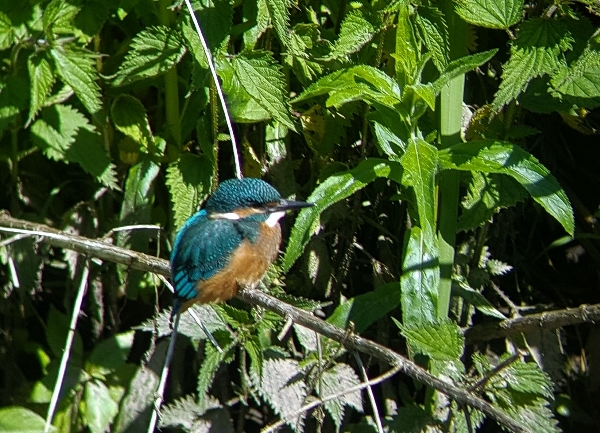 juvenile Kingfisher, taken through my binoculars with my phone, digi-binning!!

My walk back produced little more, I did see a few butterflies and several Damselflies were emerging from the reeds around Barwick Pool, the breeze had picked up somewhat by then. 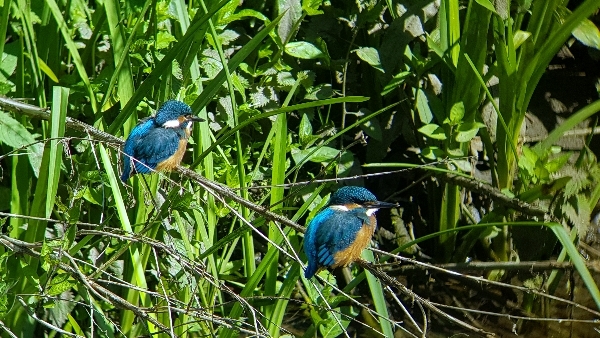 Back in the garden after lunch I mowed the lawn and sat and watched my feeders. I noticed that the Blue Tits had fledged from my bird box and several other chicks were calling from the hedge. Dawn later spotted a Treecreeper in the sycamores and another Great Spotted Woodpecker.