ALL DAY VISIT TO COGDEN BEACH

It was a smashing day weatherwise and we spent the whole day on the beach at Cogden, we arrived at 10am and departed around 4:30pm, it was almost deserted just a few other people sitting around or strolling along the shore.

We were well prepared for a full day out, with coffee and a picnic, sun-cream and shorts, kindles and beach mats, we even took our little beach tent. I took my bins and went for a walk just after lunch, we had already seen Skylark, Linnet, Stonechat and Common Whitethroat as we walked down to the beach from the car park. I was now looking for a rare or uncommon migrant bird or some nice butterflies. 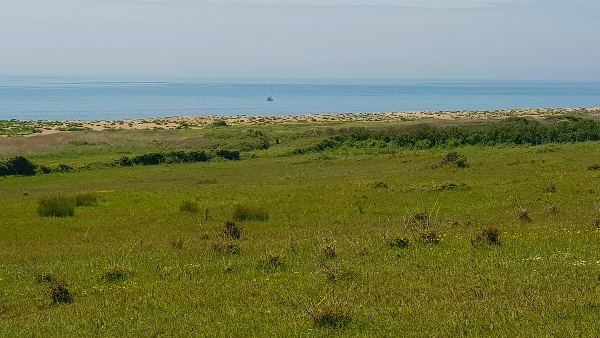 Looking down to Cogden Beach from the car park

I had my bins but not my scope so all pictures were taken through the bins by holding my phone to the lens. I saw Reed Bunting and Reed Warbler, more Stonechats, Linnets, Whitethroats, Skylarks, Goldfinches and some Ravens. 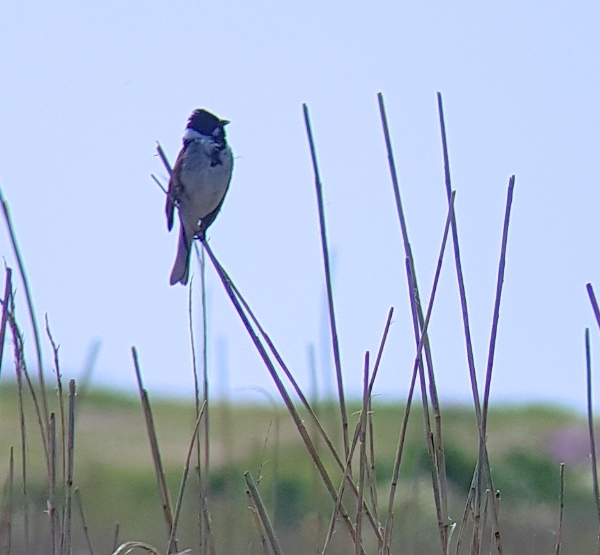 I heard Cetti’s Warbler and a nice surprise was the sound of MARSH FROGS, these continental interlopers can be found mainly in east coast locations, but they are spreading  to the southwest as well as at Ham Wall on the Somerset Levels. I did see one of them jump into the water as I appraoched a pool. (I have just read that they this species was intentionally introduced in Kent at Romney Marsh in the 1930’s!!! ). 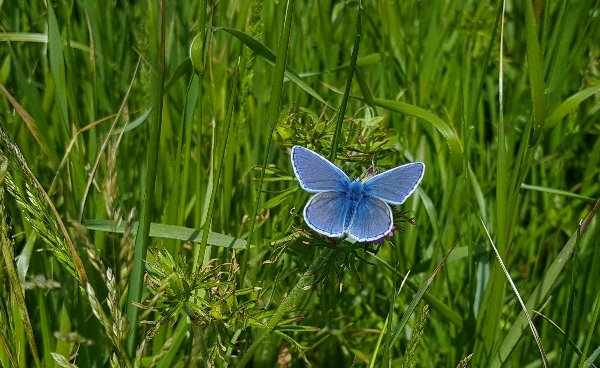 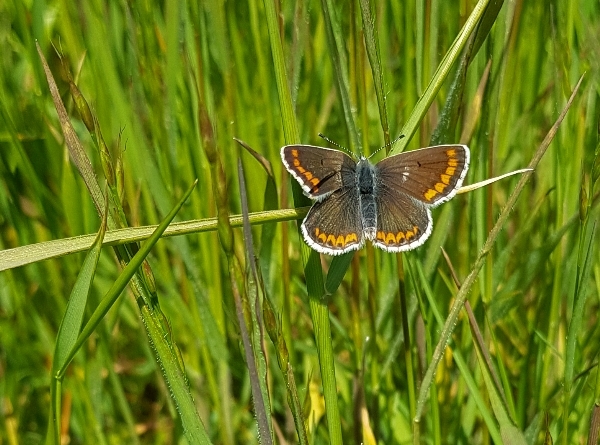 My butterfly findings included Common Blue, Small Heath, Small Copper, Green-veined White, Large White and quite a few bumble bees, perhaps a few days of warmer weather will coax many more species to emerge and brighten up my day. 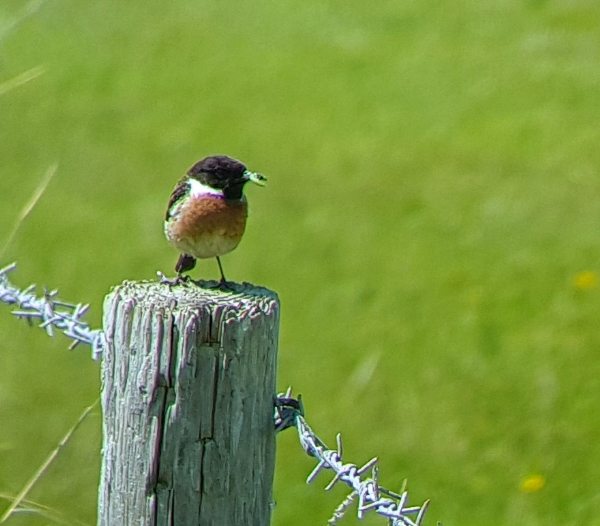 Birds passing along the shore were few and far between, I saw a few Sandwich Terns, a single Fulmar, several Herring Gulls, Lesser BB Gull and a single Black-headed Gull. 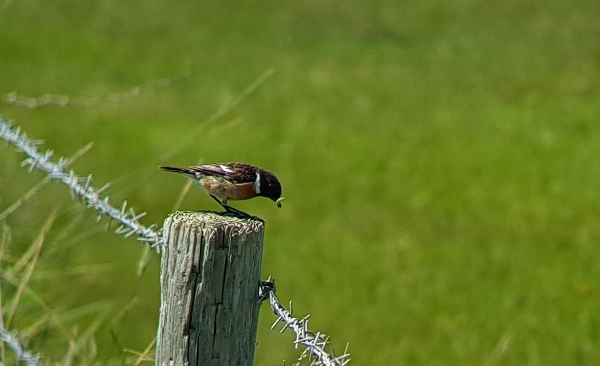 The pebble beach and dunes were covered with a bright array of colourful flower plants, it was a terrific blaze of colour. Sea Pinks, Sea Holly and Sea Campion were all in flower, a spectacular sight which could not be fully captured with a digital picture from my phone. 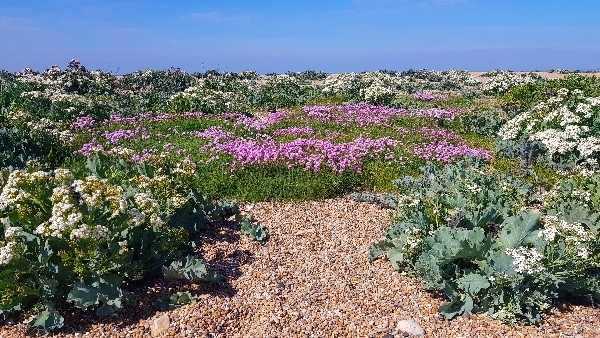