This was a quick late evening visit to a regular spot known for it small population of European Nightjars! Guy Campbell picked me up at 8:30pm and we drove down to the site of Hardy's Monument (that is Vice Admiral Sir Thomas "kiss me"  Hardy not the novelist Thomas Hardy),

The land all around the monuemt is semi-heathland managed by the National; Trust and currently has a herd of Belted Galloway Cattle on it! It is ideal habitat for Nightjars, Stonechats, Meadow and Tree Pipits, Linnets, Yellowhammers and Green Woodpeckers which nest in the nearby woodlands. 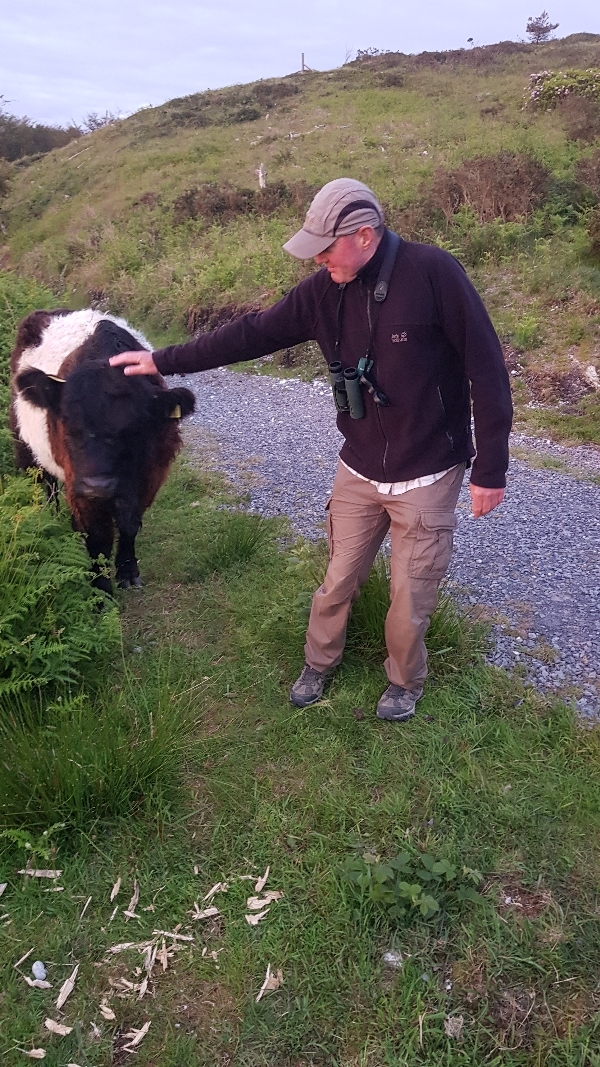 Guy with his new friend

We saw a few Linnets, Meadow Pipits and Yellowhammers as we walked down into a small valley from the car park, the sun came out as we descended.

It wasn't until 9:50pm that we saw our first Nightjar, in fact two appeared together and whilst it was still relatively light. The female of this pair landed on a fence post quite near to us but I was too slow to get a picture, it was still reasonably light. 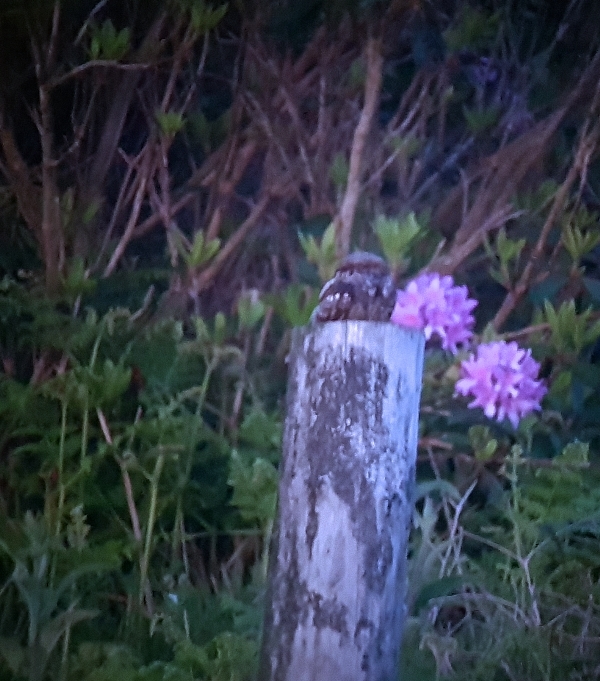 poor record shot of a European Nightjar on a post 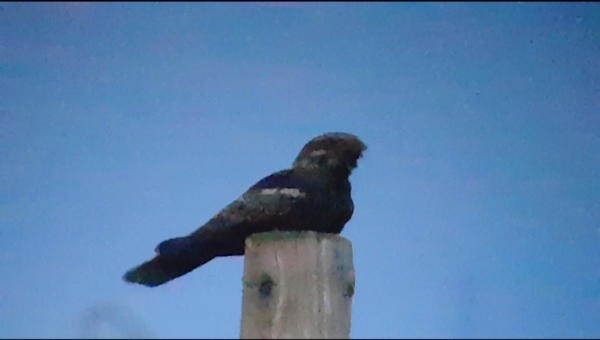 We then had one bird fly just above our heads before seeing the first pair on several more occasions, it was a wonderful display and well wortth coming out for. On our way back up the hill to the car we heard our only 'churring' of the night, it came from a male bird sitting on another fence-post, it was a fitting end to our evening excursion.