The good weather continued today, Dawn and I visited two nature reserves in search of the MARSH FRITLLARY BUTTERFLY as well as many other species of birds and butterflies as we could find.

Lankham Bottom is a Butterfly reserve dedicated to the conservation of habitat for the Marsh Fritillary, it is a huge natural ‘bowl’ on chalk downland with fantastic panoramic views of the Dorset Countryside into the River Frome Valley at Maiden Newton. It is found 8 miles south od Stoford and is very easy to get to. 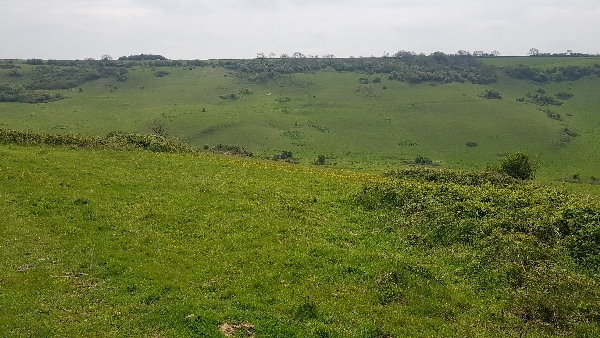 It was quite warm when we got there at 10am and I was quite optimistic about finding our target butterfly, however after 30 minutes of trying I hadn’t seen a single butterfly!!! Dawn gave up and returned to the car, I carried on for another 30 minutes without luck, I assumed that the very poor weather of April and most of May was to blame for the late emergence of this species (and many others too!). 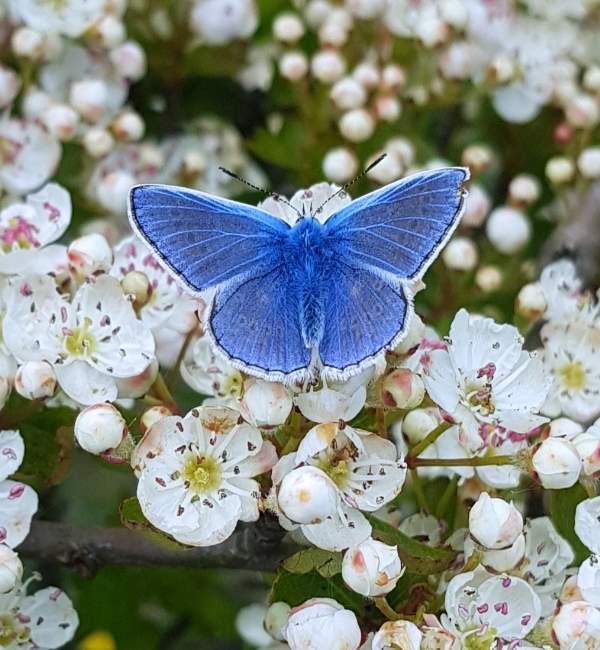 I did find a single Common Blue, a single Grizzled Skipper and a couple of Dingy Skippers, a Large White flew over me and that was the sum total of my sightings. 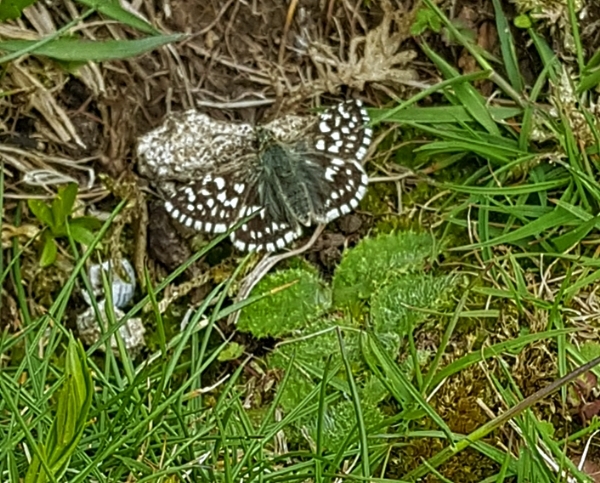 the one and only Grizzled Skipper found at Lankham Bottom

I did see a couple of Birds, Common Whitethroat, Blackcap and Goldfinch, I also heard Common Chiffchaff, Song Thrush, Blackbird, Robin, Wren and the usual array of corvids, Wood Pigeons and Pheasants were present. 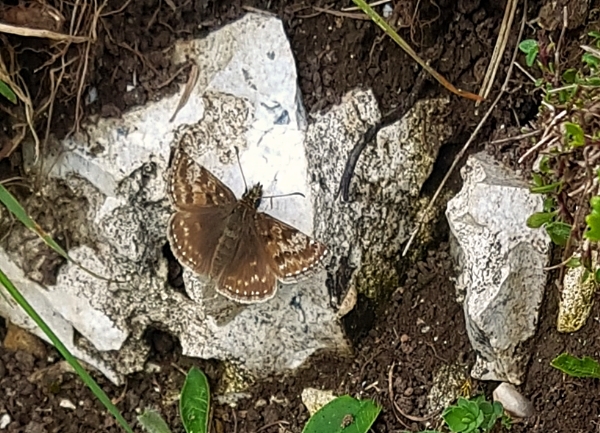 Our lack of success prompted us to venture further into the Dorset countryside and to visit Powerstock Common, another butterfly reserve near Bridport. It was another 7’4 miles further to the southwest. After taking a wrong turn we finally ended up near the entrance to the reserve, but we could not get to it because a large pool of water sat in the road beneath a small bridge. A large delivery van was stuck in the middle of the water so we didn’t attempt a crossing. Instead we took a diversion and ended up in field overlooking the reserve where we sat in glorious sunshine and ate our picnic lunch.

Not a single butterfly flew past us whilst we sat and ate, a quick search of our surroundings produced nothing!! We then drove around to the reserve and approached from the south side of the bridge where access was easily gained (the van had been towed from the water). 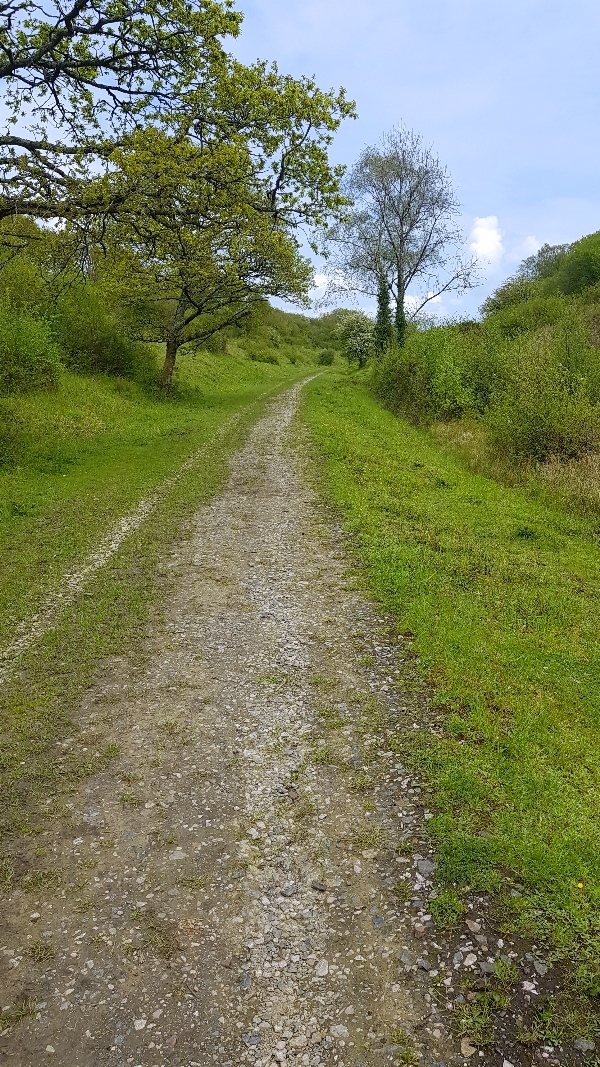 Our walk around the reserve was equally unrewarding, we only saw two Dingy Skippers, a Brimstone, a Large White and not a lot else. We did hear Blackcap, Garden Warbler, Chiffchaff, Green Woodpecker and several common woodland species.

The rest of the afternoon was spent visiting a garden centre in Bridport (you know what that means!!) yes, my wallet took a hit, but I have to say only a light one.