A WALK IN WAYFORD WOODS

Wayford Woods is a privately owned site run by a Charitable Trust and open to the public, it has 29 acres of mature deciduous trees with a large grass meadow in the middle. It can be found on the edge of Wayford village which is about 10 miles from Crewkerne. A stream flows down through the wood and through the middle of the meadow where several small ponds have been made and a much larger lake constructed at the entrance to the wood. 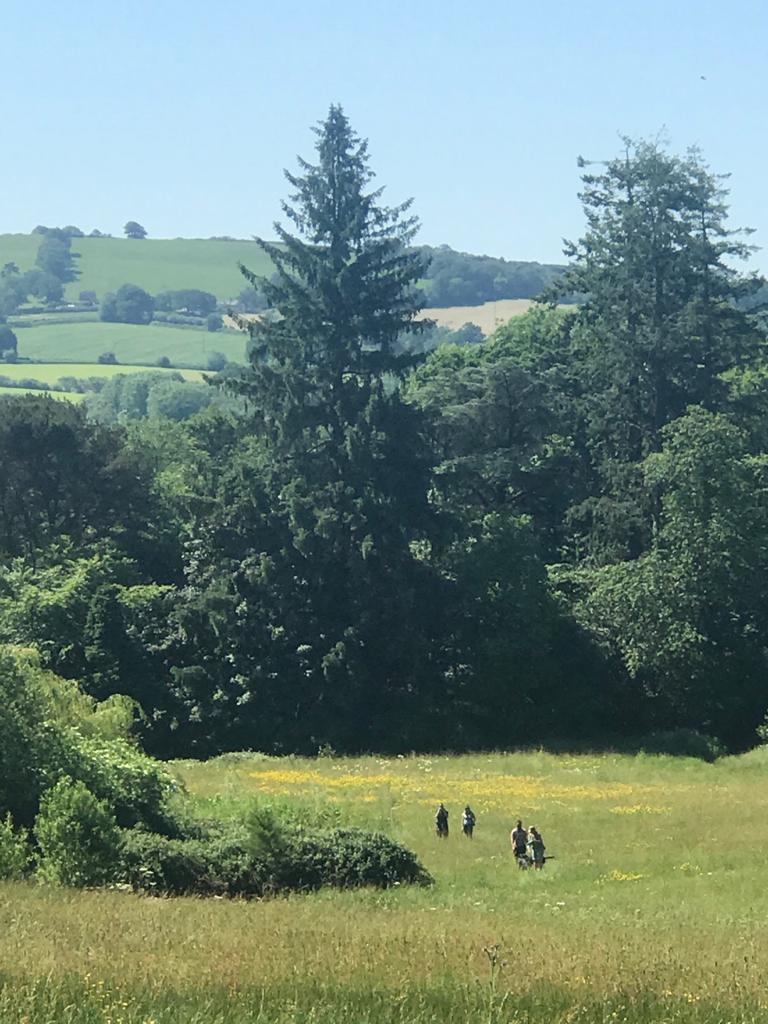 the meadow at Wayford Woods

We have visited Wayford a couple of times before but never in the height of summer, we hoped for some nice butterflies, dragonflies and bird sightings and we were not disappointed. After parking the car we past through a gate into the wood, I immediately heard a Goldcrest singing, it came quite close we had great views of it, but it never kept still for a picture. 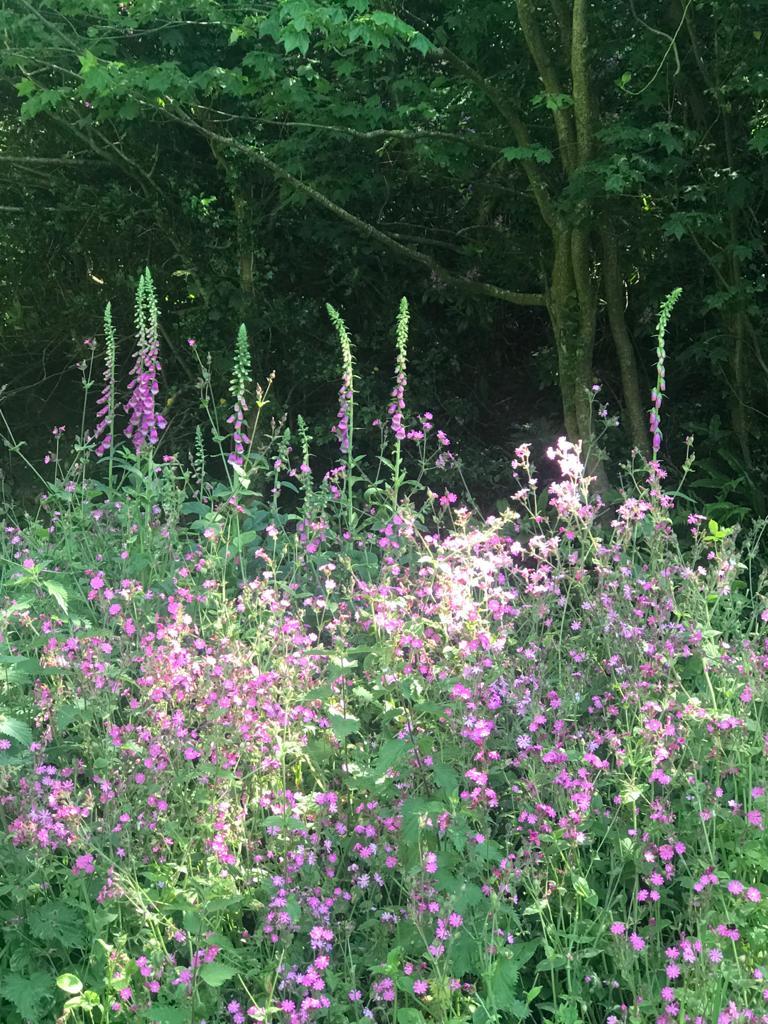 As it was a Sunday the well constructed pathways were quite busy with families and dog walkers, some dogs were swimming in the main pond which wasn't ideal. Our pathway took us around the edge of the main pool and through the woods to the grass meadow. A wash of yellow flowerheads covered the meadow, mainly buttercups, dandilions and hawksbit, a member of the dandilion family and so called because in medieaval times it was though that hawks ate the plant to improve their eyesight. A bit like carrots and Rabbits!! 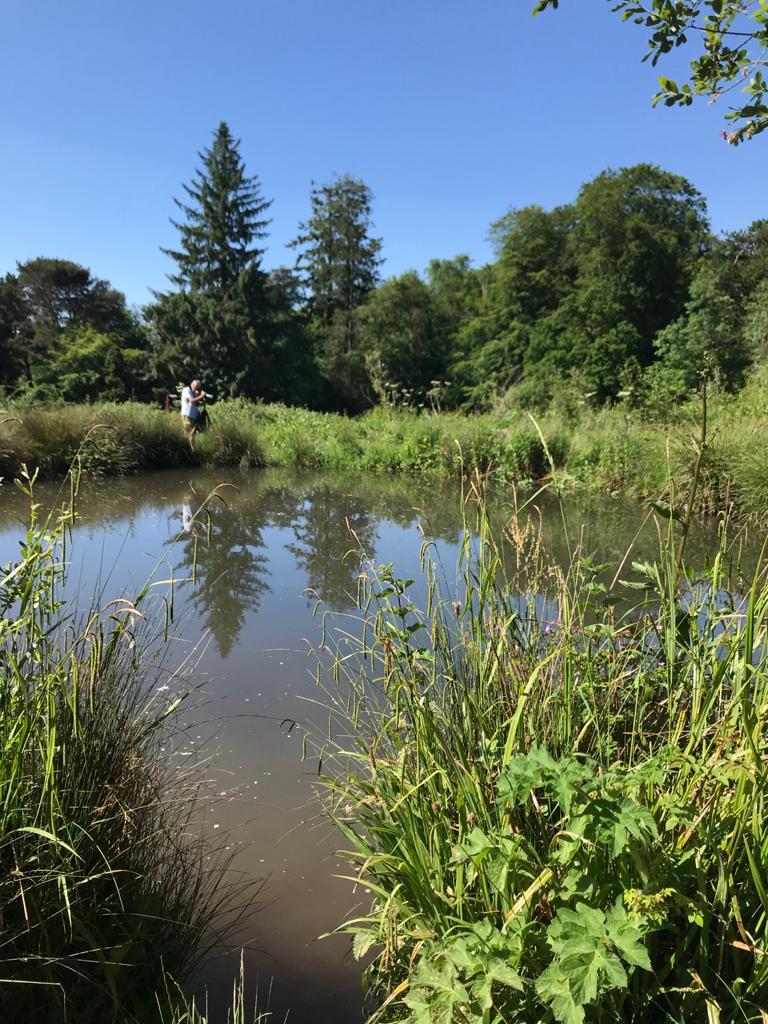 Large patches of pink Campion and Foxgloves birghtened up the edges of the meadow and a few Marsh Orchids were dotted about in the wetter patches. A stream flows down the centre of the meadow and a couple of small man-made pools have well developed vegetation around their edges, ideal for dragons. 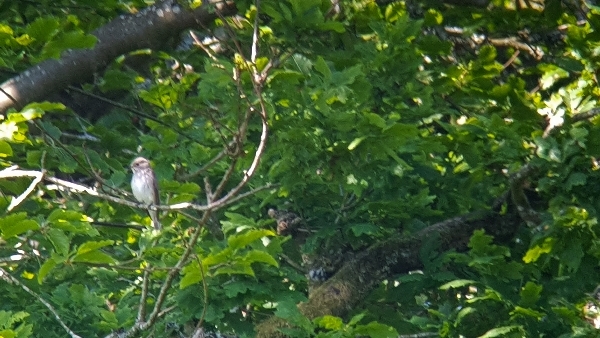 We settled near the first pool and watched for butterflies and dragonflies and also kept our eyes on the trees along the edge of the wood and the shrubs around the pool. We saw a good number of birds species by just keeping still, a pair of Blackcaps were feeding young in a bush not too far away, a Willow Warbler spent some time foraging nearby. We could hear Chiffchaff, two other Blackcaps and a Song thrush singing. 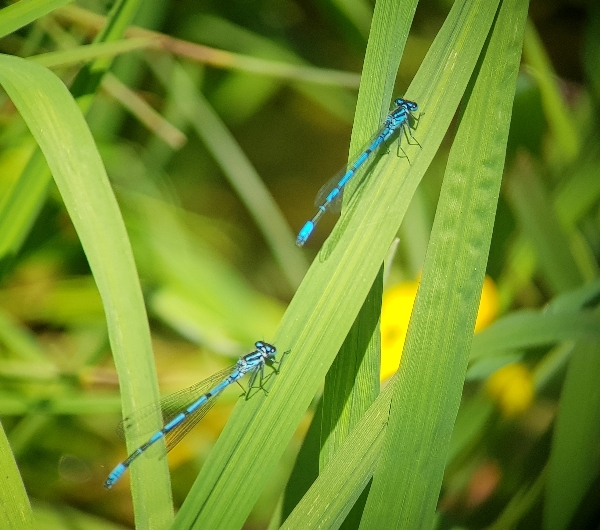 I got my scope onto a distant Spotted Flycatcher and took some record shots and a Great Spotted Woodpecker flew across the meadow, as did a Song Thrush and we could hear a Nuthatch calling. The sky provided some nice sightings, there was always something flying over the woods, we saw Grey Heron, Jay, Common Buzzard, Rook, Crow, Jackdaws and a nice surprise was a Red Kite. 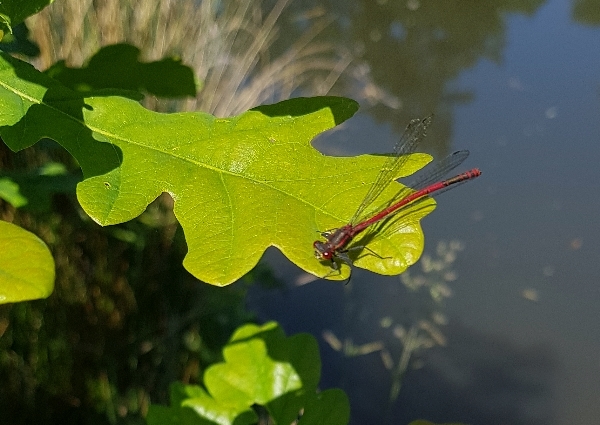 Around the pond we saw dozens of Damselflies, most were Azure Damselfly, but we also saw Large Red Damselfly and Hairy Dragonfly. A few butterflies were on the wing too, we saw Meadow Brown, Small Heath, Orange-tip, Brimstone, a Red Admiral and in the woods we saw Speckled Wood. 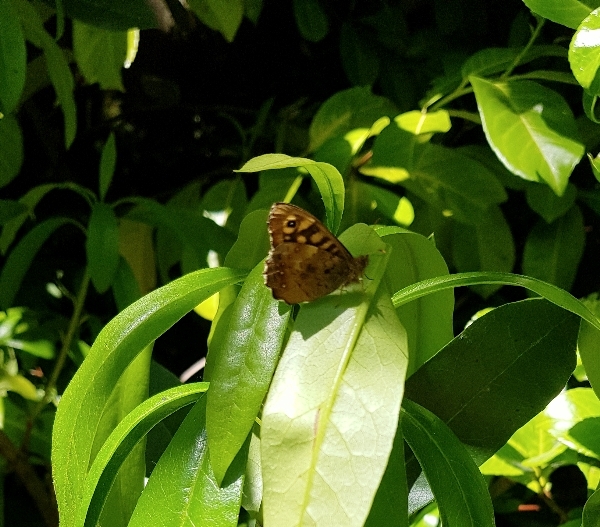 We took a circular walk up through the meadow to the top of the wood and then we followed a well trodden pathway back to the main pool where we sat on a bench wand watched the water. People were feeding the ornamental fish, I think they are very large Goldfish or some sort of Carp, we watched an Emperor Dragonfly patrolling its teritory before we left. 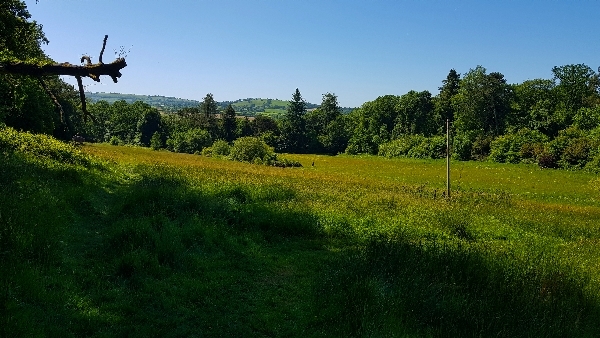 more of the meadow 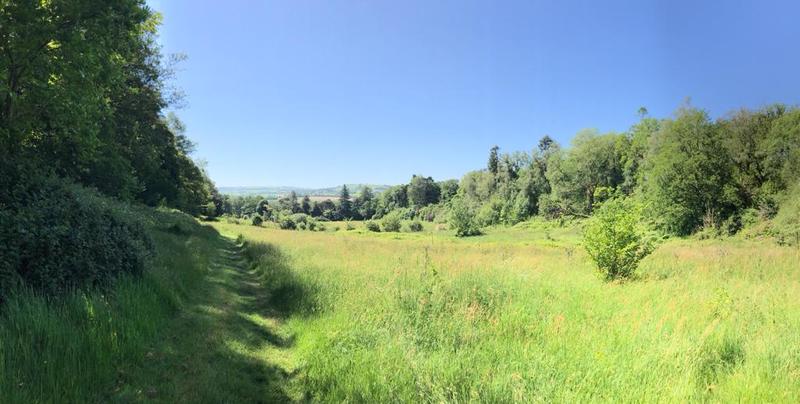 We spent the afternoon at the mother-in-laws, she lives in Crewkerne and she has a TV!! On the TV was the England football match, I had a couple of beers and watched our team win a game for a change. 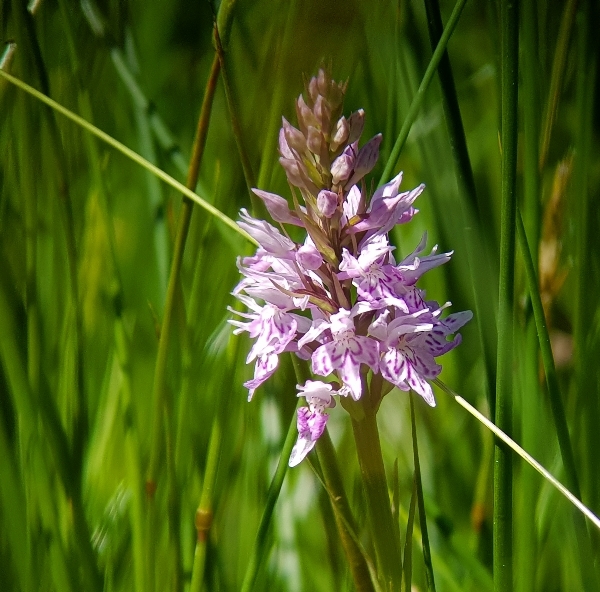