AN AFTERNOON VISIT TO PRIDDY MINERIES

I collected Guy Campbell from his house at 2:30pm today, we were on the hunt for another species of Fritillary butterfly.  It is our aim to see all of the Fritillary butterfly species found in the UK during 2021. We set off today in search of SMALL PEARL-BORDERED FRITILLARY, which is found not too far from home at place near Wells called Priddy Mineries.

We parked at Stockhill, which is essentially a pine forest but across the road from the main car park you can walk across to a large area of boggy grassland called Priddy Mineries, which are disused quarries from former lead works, several pools have formed and are excellent for dragonflies, amphibians and all kinds of water-insect life.

It is a SSSI (Site of Special Scientific Interest) and used to be run by the Somerset Wildlife Trust. It is a superb site of 50ha (123 acres) that needs more protection. 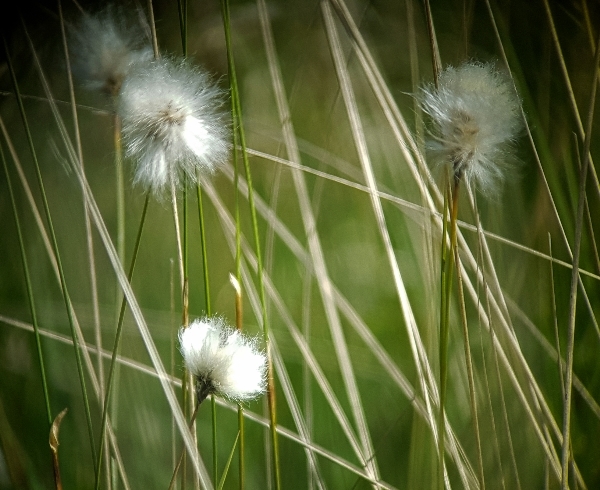 It took just 45 minutes to get there, the weather was just perfect for the Pearls, so we had high expectations. Guy spotted a Red Kite as soon as we got out of the car, a good omen? After a short walk we were on the grassland, where a series of pools and areas of willow scrub divided up large tracts of wet boggy grass and sedge. The uneven ground meant that pockets of bog were still very wet and the higher ground had large patches of grass and wild flowers. Both Cotton Grass and Ragged Robin were common with patches of Trefoil, Red Campion, Buttercups and many other flowering plants. 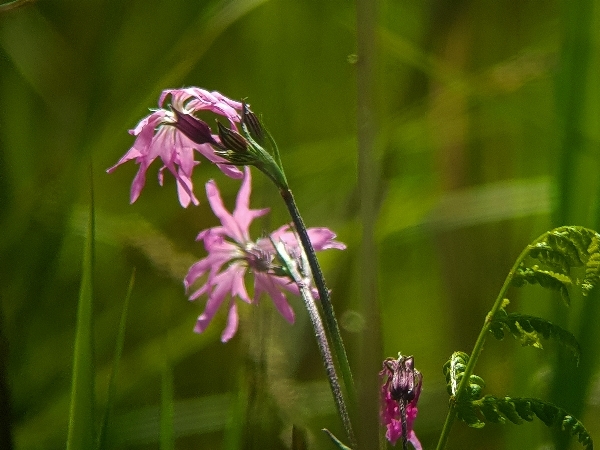 Ragged Robin, is now an uncommon plant in most of the UK

We saw a couple of ladies searching a small area of bog and we soon realised that they were watching fritillary butterflies, it took a little while before one settled so that we could identify it as our target species, the Small Pearl Bordered. It had taken all of ten minutes to find one!

That first encounter was nice but we could not get anywhere near enough to take pictures so we moved on towards Guy's regular place for them. We saw Common Kestrel, Common Buzzard, Common Stonechat, Linnet and we heard several Willow Warblers as we made our way along a well trodden central path through the moor. Other butterflies appeared too, we saw our first Large Skipper of the year. also lots of Small Heath butterflies and a couple of Dingy Skippers. 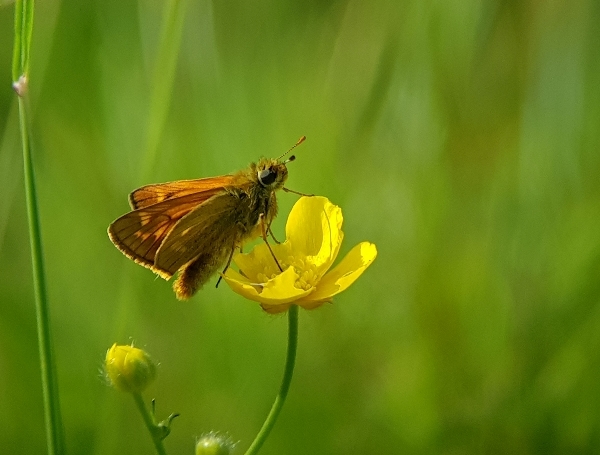 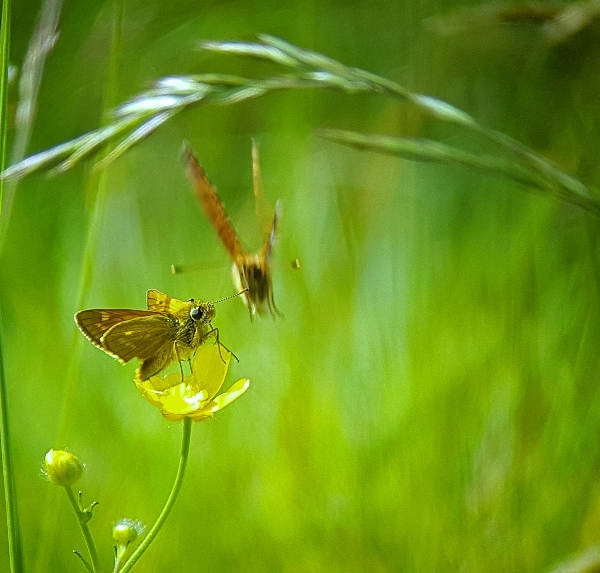 We came upon a large pool of water, covered partly in vegetation which was teaming with life.Dozens of Damselflies were flitting about, thousands of tadpoles moved in huge 'shoals' beneath the water and a single Coot fed on the far side. 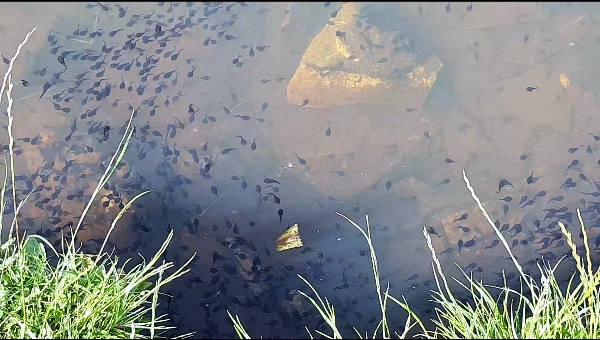 thousands of tadpoles swarmed in the water

We saw a very obliging Downy Emerald Dragonfly, which did not perch during the whole hour we watched it! We got pictures of Four-spot Chaser, Large Red Damselfly, Red-eyed Damselfly and Azure Damselfly. 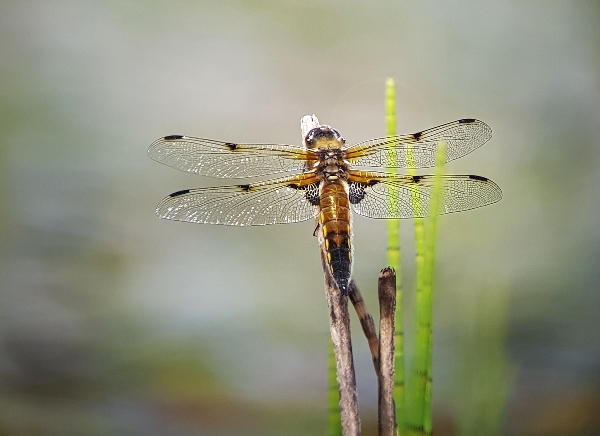 It took me ages to get some photoigraphs decent enough for this blog, Guy got impatient and strolled off to the Fritillary site. 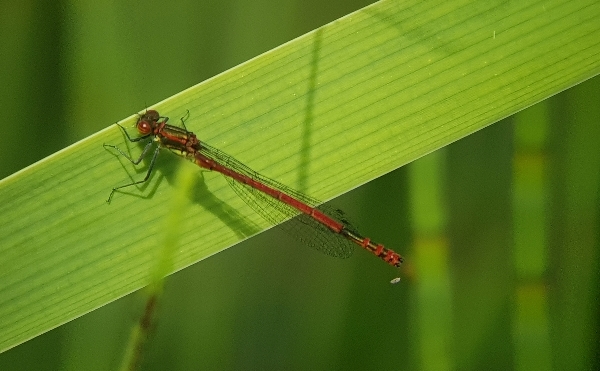 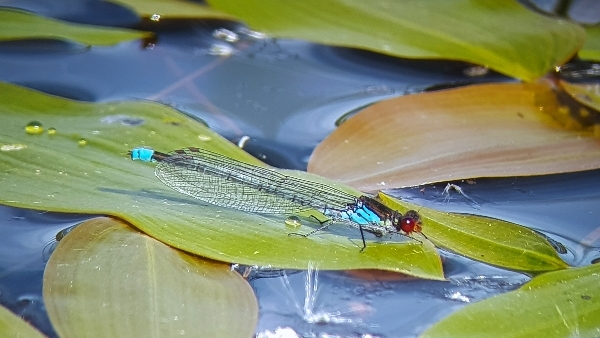 I caught up with Guy later and together we sepnt another hour watching and waiting for the Small Pearl Bordered to swiftly fly past us. We eventually got close enough to this very flighty species and managed a few shots, fantastic, job done. 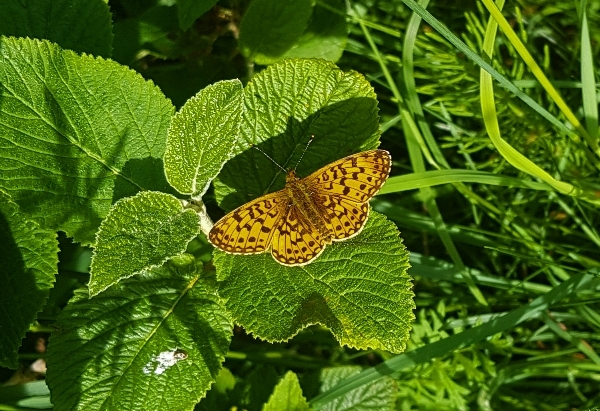 at last a picture of the SMALL PEARL BORDERED FRITILLARY 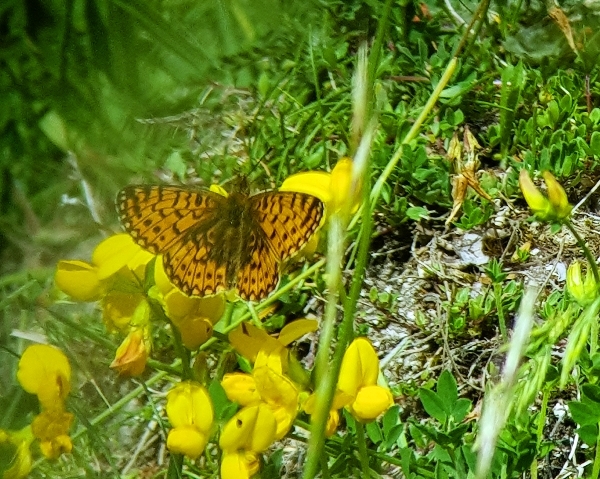 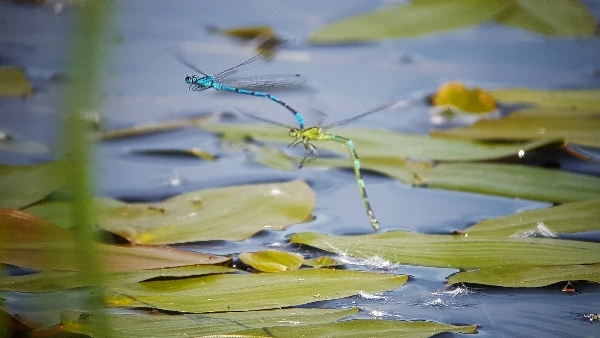 I think this is a pair of Common Blue Damselfly, ovipositing

We saw the Red Kite again but much nearer this time, we also saw Ravens and a Tree Pipit landed in a tree, ha! Guy picked out our bird of the day, a Hobby, just before we left. Also several Siskins flew over us and we heard Blackcap, Chaffinch and Chiffchaffs as we walked back to the car. 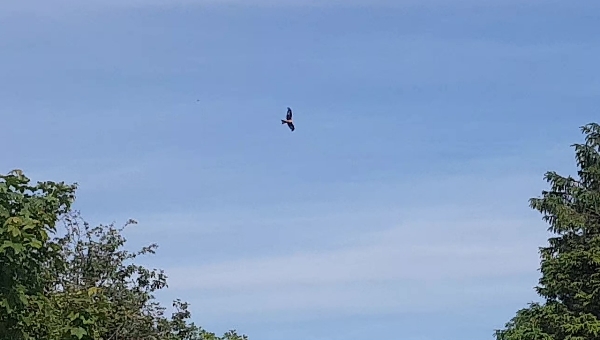 a Red Kite in the distance 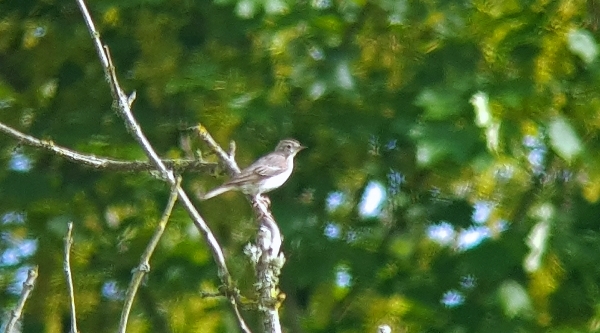 We have only four more fritillary species to see, they are:  High-brown, Dark Green, Silver-washed and Granville Fritillaries, on Wednesday we are going to look for the latter species which is usually only found on the Isle of Wight, but recent discoveries of a couple of colonies in Hampshire and Dorset gives us hope of finding them much closer to home, watch this space.