IN SEARCH OF THE GLANVILLE FRITILLARY

What a day and what a walk!! We covered 7.5 miles and recorded just under 18,000 steps, most of it was hill climbing too!! Why did we do it you may ask? Well, mainly because we never had a clue where we were going and Google misled us too.

Our aim was to find The Glanville Fritillary which apparently has been discovered on the mainland away from its usual home on the Isle of Wight, we both had some information from online tweets of roughly where to look.

Guy picked me up from home at 9am and we drove along the A30 to Shaftesbury and then another 11 miles towards Salisbury, we followed the directions from our google devices to a place called Compton Down which happened to be next to Fovant Down where the famous Military Badges are carved into the side of the chalk hill. This huge chalk escarpment was impressive and very steep, we found a place to park and set off from the main road towards Compton Down. 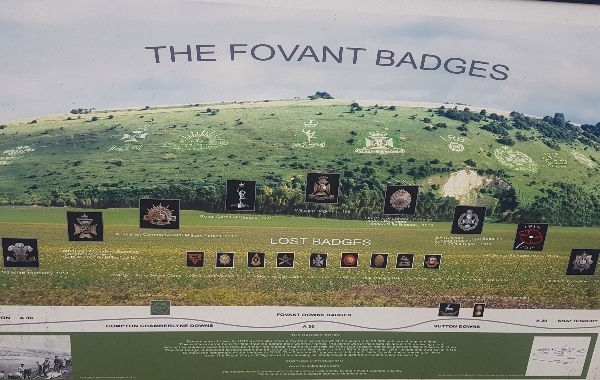 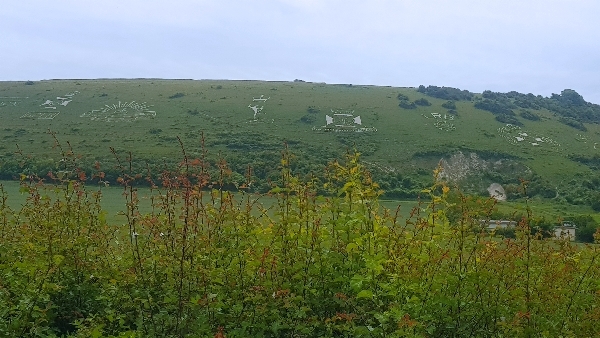 you can just make out a disused quarry at the foot of the ridge, we climbed up the side of that.

Well, we walked a mile and only just reached the bottom of the ridge, a steep lane led us up the hill, we walked past fields of wheat, some pasture and woodland, but nothing resembled a 'Down' where butterflies roam. We followed a the lane to the top and from there we could see some perfectly good habitat to the north of us, it was obvious that we we were in the wrong place!! Doh!! Guy blamed me amd I blamed Him. 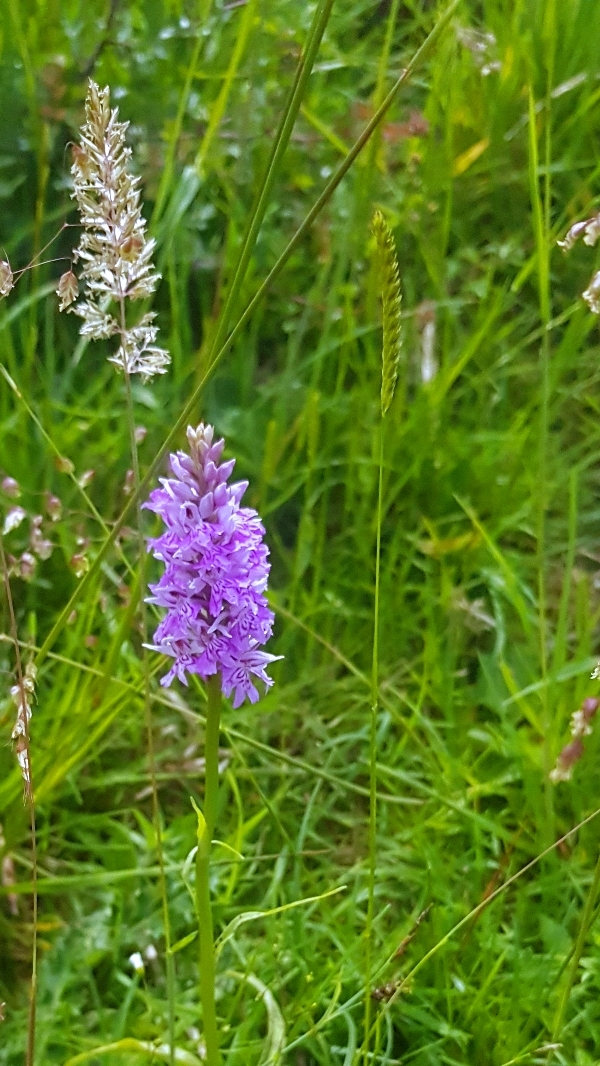 We walked through a grass meadow with a steep downward track, a few butterflies came out to see what the fuss was all about. We saw many Small Heaths, Small Blue, Meadow Brown,Common Blue, a late Orange-Tip and a Brimstone. We also saw Yellowhammers, Skylarks, Red-legged Partrdiges, some Brown Hares and a magical Red Kite. We got back to the car two hours later, hot and bothered and hungry. 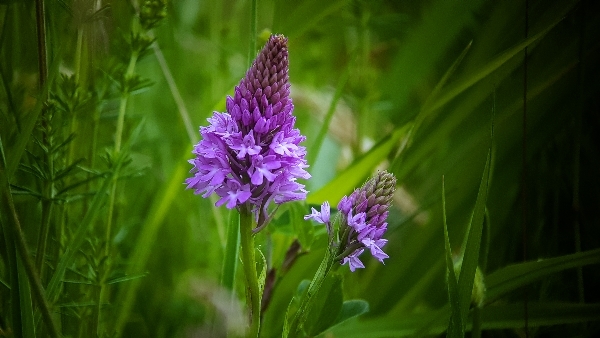 Our next stop was in the viewing lay-by on the A30 at Fovant Down, you can view the Chalk Hillside where many Military Badges are carved into the chalk, we sat and ate our lunch. We realised that Fovant Down and Compton Down lie adjacent to one another and Compton Down can be accessed from a path through the Badges. 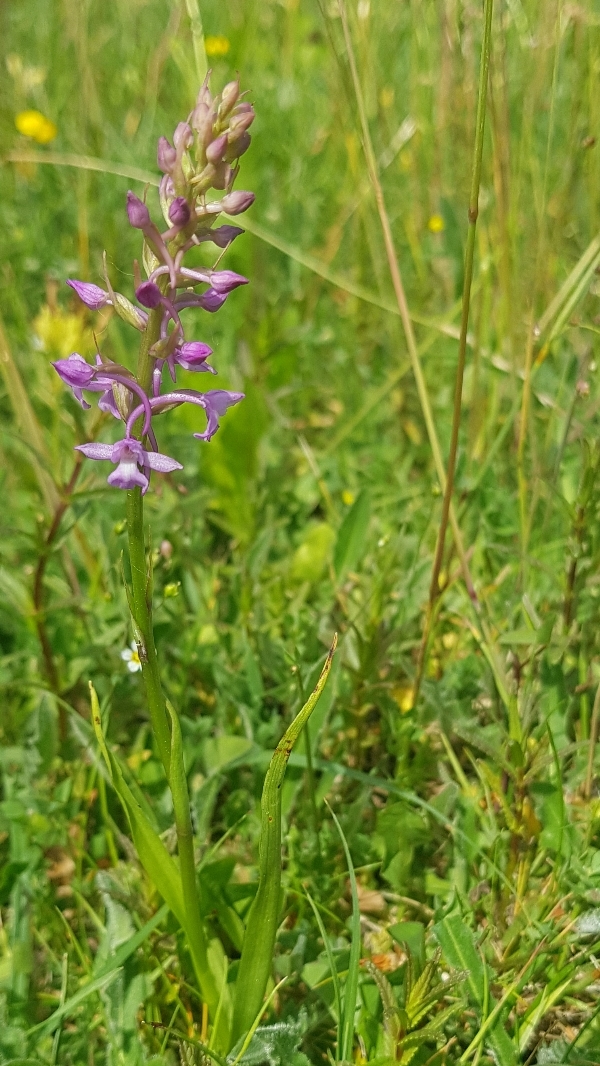 So off we went for a second attempt at finding the Glanville Fritillary, it was a shorter walk to the escarpment but a much steeper climb up it! A lot more butterflies were now on the wing as it had got much warmer, hot and humid in fact!! The habitat looked great for fritillary butterflies so we were hopeful. The wild flowers were terrific, hundreds of Common Spotted Orchids were flowering, we also saw Pyramidal Orchid and Green-winged Orchid. 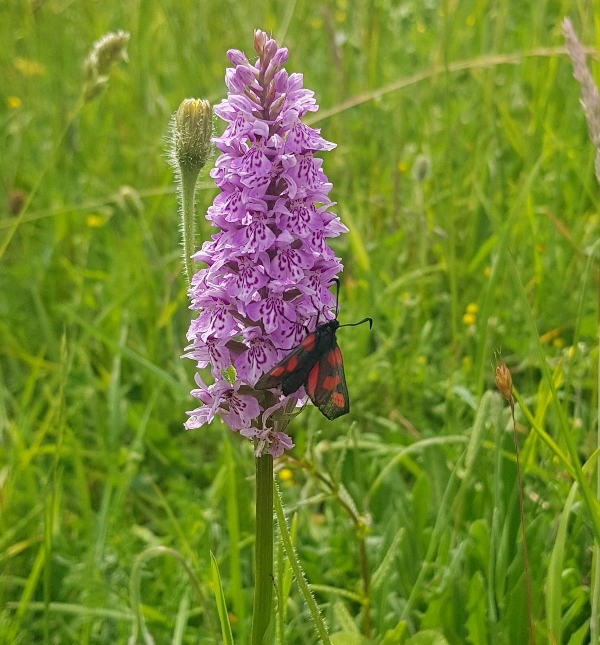 a Five-spot Burnet Moth on a Spotted Orchid

The butterflies were amazing too and the number of Five-spot Burnet Moths was extraordinary, but!!!! We were in the wrong place once more, we were even in the wrong County. Guy found more information on his device and we realised that real Compton Down was in Dorset and we were in Wiltshire!!! We aslo realised that we knew where the real Compton Down was all along, Doh!! 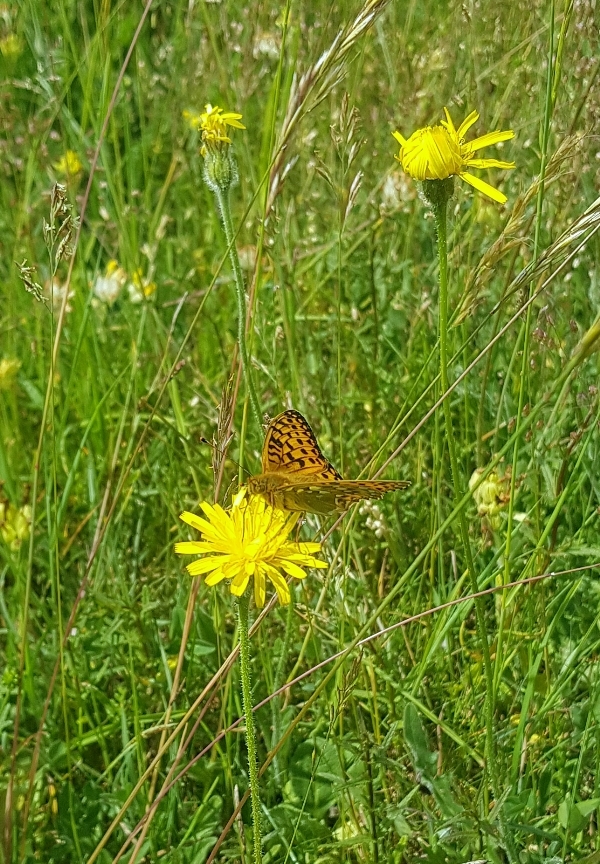 All was not lost, Guy found a CORN BUNTING,  my favourite bird, we also saw more Skylarks and Yellowhammers and we then found our first DARK GREEN FRITILLARY of the year, it was a small consolation. 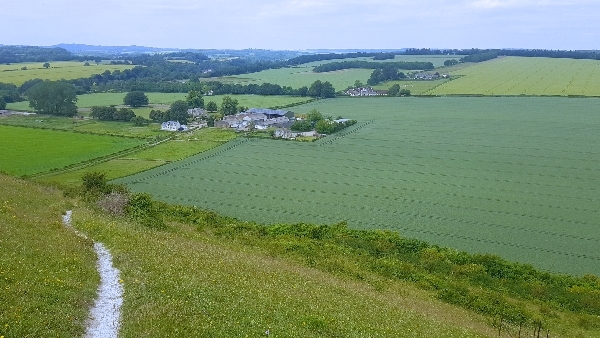 We made our way back to car, it had been another two hours of exhaustive, steep climbing and a lot of walking, It was now 2pm, we had 'wasted' 4 hours looking in the wrong places, surely we couldn't go wrong again??? 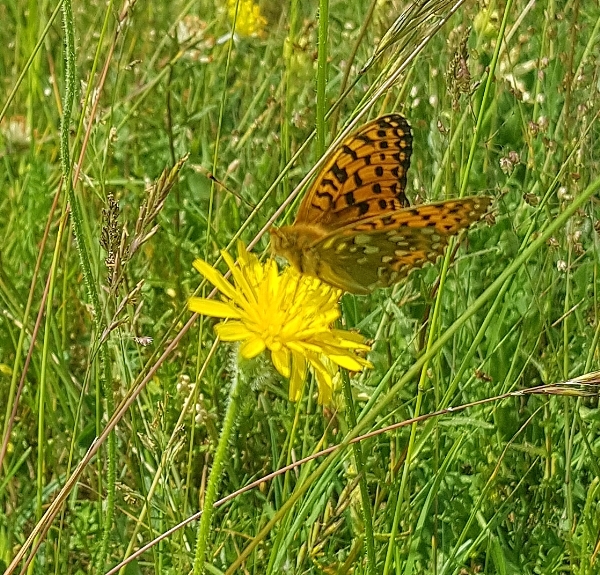 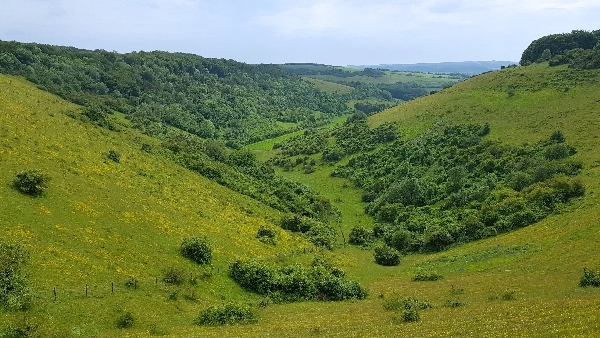 the views from the hillside at Fontmell Down are simply stunning

We saw dozens of Adonis Blues, hundreds of Burnet Moths, Common Blues, Meadow Browns, Small Heaths and quite a few Dark Green Frtillary. We were stumped, tired and in the wrong place once again!!

We managed to crawl back up the hill to the car park and immediately found the correct track which leads down to Compton Down. We still had good light and a good temperature so we decided to go for it, it was now 3:30pm. 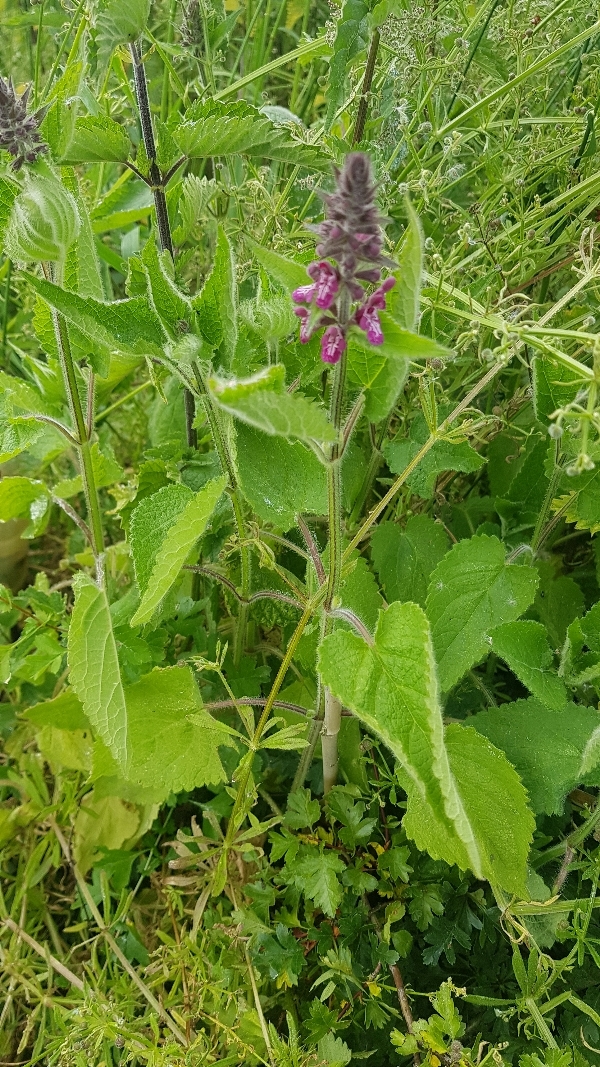 We met another guy coming up the track as we walked down it, he had spent all day on Compton Down looking for the Glanville and not seen a sausage!! That was a relief and a disappointment for us. Relieved that we hadn't missed the bugger and also that we were finally in the correct spot, but disappointed that none seemed to be present.

After climbing over a stile-gate we finally walked onto the 'correct' Compton Down, we spent 45 minutes searching without luck, there was plenty of Adonis Blues and other common species but not the Glanville Fritillary, so we gave up. 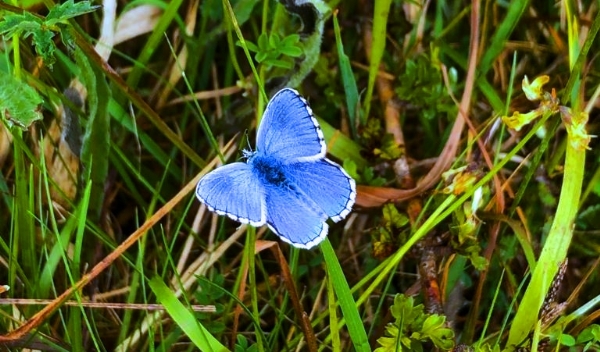 After discusing this Butterfly and researching the Glanville Fritillary it is now obvious that these individuals on Compton Down had been released by someone, they probably survived a couple fo weeks and died off, we had missed them. I'm afraid we are going to have to go to the Isles of Wight to see some 'genuine' samples.

So ended our great sojourn and the saga of the Glanville Fritillary, if Guy suggests going out again, I'm unavailable!!