This little reserve is only 15 miles from Stoford and, in my opinion, is one of the best butterfly reserves in Dorset. Today Guy and me went to Alners for a short visit we had two or three target species in mind.

Guy collected me from home around 10:30 (you do not have to get up too early for butterfly watching) and it took 25 minutes to get there. A Red Kite was nice sighting as we approached the village of Bishop’s Caundle.

Our first target species was the White-letter Hairstreak, Alners Gorse is a well known spot for them, they favour the Wych Elm Trees (Ulmus glabra) and a good number of these trees can be found at Alners. We saw Meadow Brown and Green-veined White as we walked along the track. 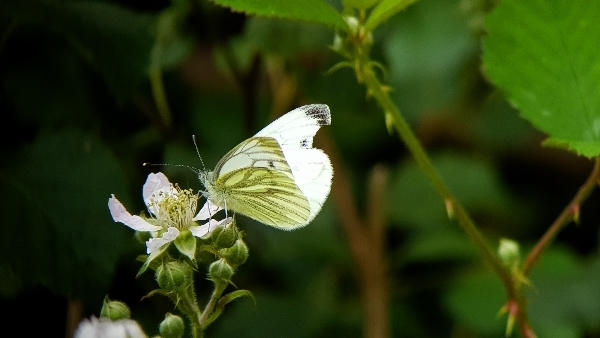 The trouble with White-letter Hairstreaks is that they tend to favour the canopy of the elms and rarely come down to nectar on flowering bramble and such like. We had several sightings of them flitting around and we got them in the bins and the scope, the light was always bad and the sightings were of silhouettes but we could see that they were White-letter Hairstreaks. 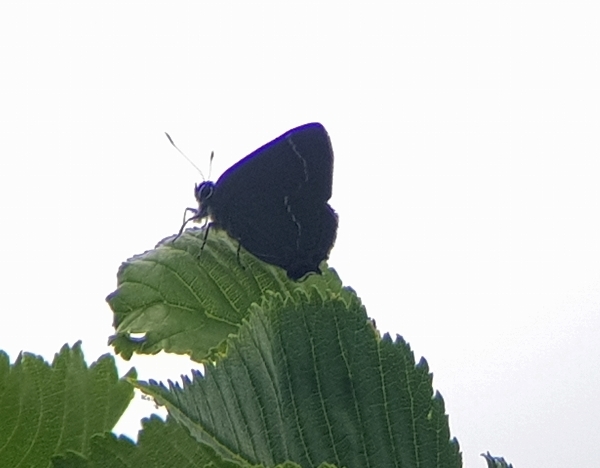 record shots of the White-letter Hairstreak

First target in the bag, White-letter hairstreak, the underwings are brown with a white W-shaped streak (you have use some imagination), it has an orange edge to the hind wing and two small tails. 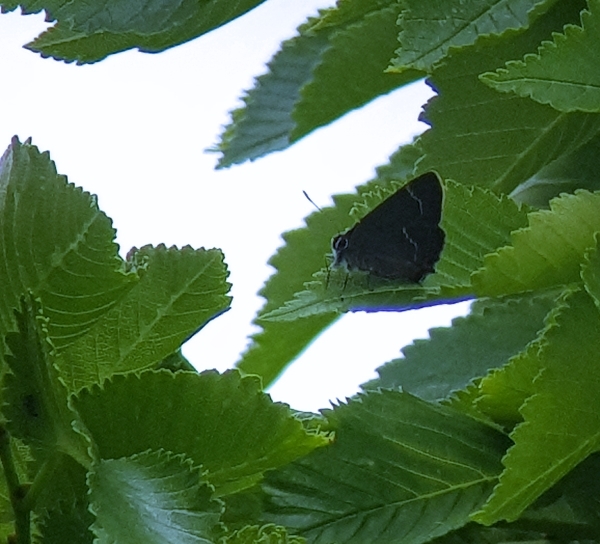 I'm not happy with our Hairstreak pictures, must try harder next time

After spending almost an hour watching these little beauties, we wandered further into the reserve to look for targets two and three, namely, Silver-washed Fritillary and White Admiral. We saw Marbled White, Large Skipper and we heard a Blackcap singing as we sauntered along.

The next stakeout position was just in front of some flowering brambles beneath a clump of oak trees, Guy assured me that our two targets species would appear within a few minutes! The murky clouds above us seemed to part and let some sunshine fall on the area, it was already warm and humid. 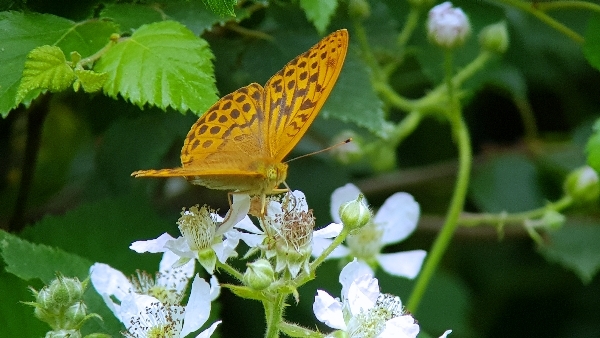 the Silver-washed Fritillary represents the penultimate Fritillary for our year list, only the High Brown Fritillary left  to find!!

This ray of sunshine did the trick within minutes a Silver-washed Fritillary dashed around the brambles, it took a while until it settled to feed on the nectar. Whilst watching the Fritillary Guy called out a White Admiral and then another. 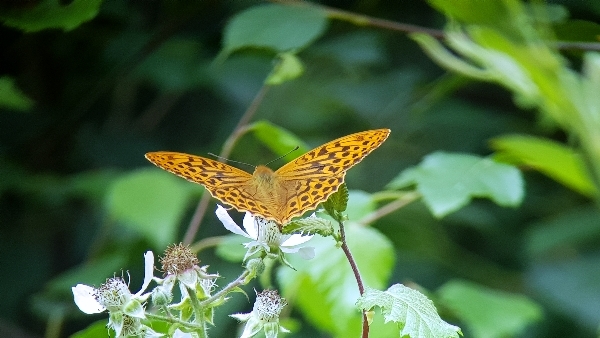 Over the next 15 minutes we had repeated views of the Silver-washed Fritillary and at least three White Admirals and they settled perfectly for photographs (Guy wasn’t happy because he wanted to capture the beautiful underside of the White Admiral which he did not). 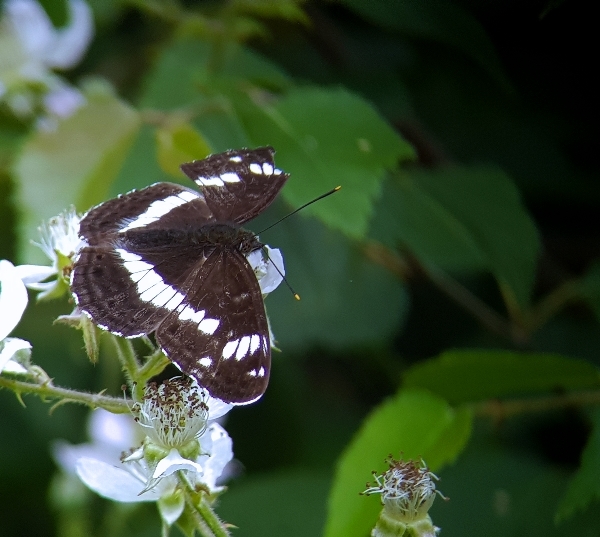 Perhaps one of the most beautiful Butterflies in the UK? The White Admiral 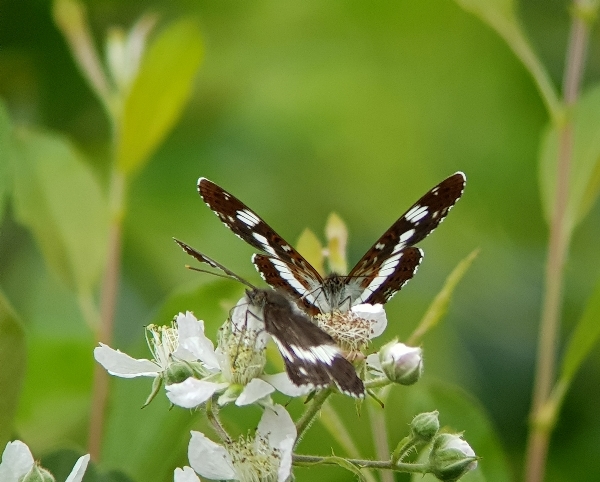 We strolled back through the reserve noting Speckled Wood, Large Skipper and lots more Marbled White Butterflies. Before we left we spent a little time trying to locate a singing Garden Warbler but all we got was fleeting views of it. A family party of Common Whitethroats appeared near the entrance gate. 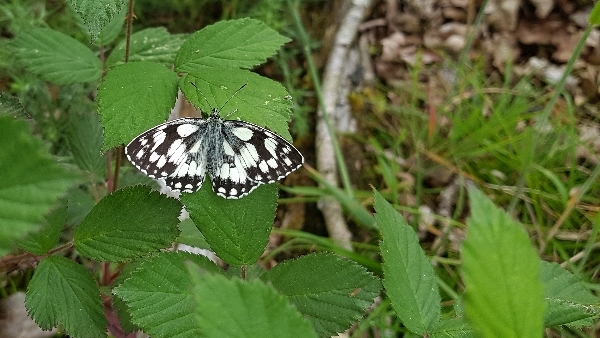 I was back home at 2pm and after a late lunch I sat in the garden and watched Dawn tend her flowers, cut the lawn and hang out two piles of washing, sweep the path, trim the hedge and cook the dinner…………………………..then I woke up! It was mostly a dream and I cooked dinner!!! 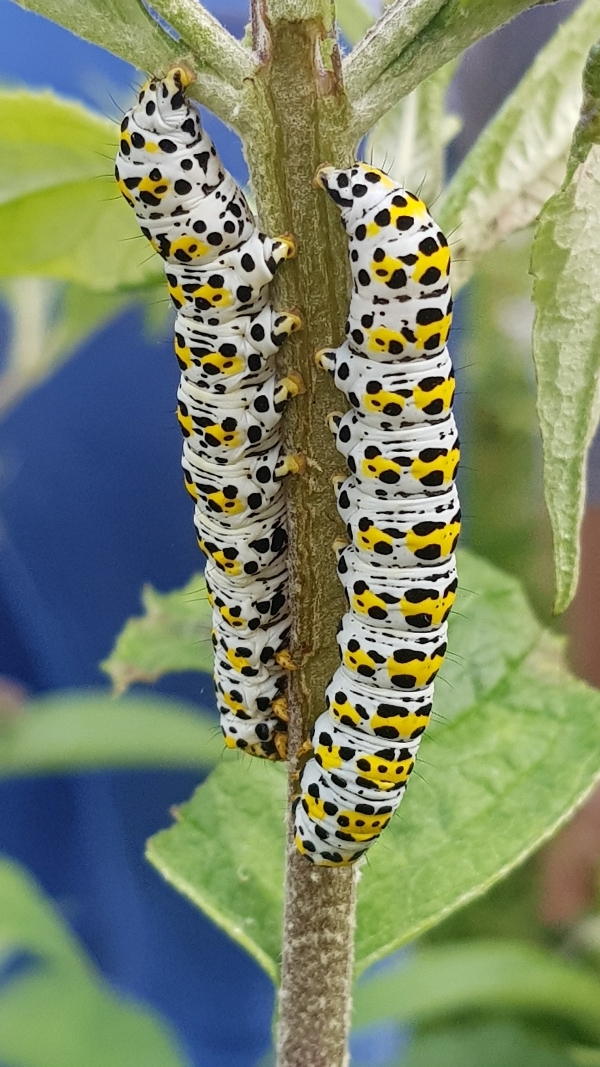 the Mullien larva are getting quite large now, at least 3cm 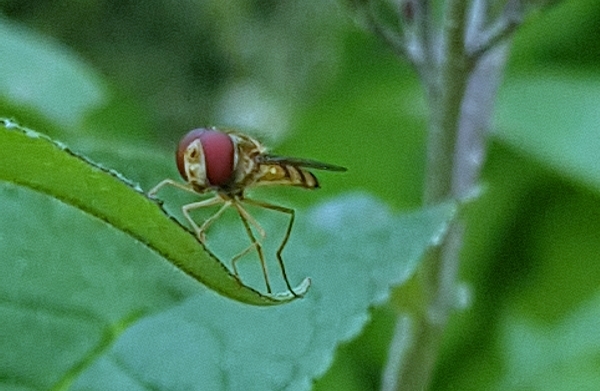 I love the big red eyes of the Marmalade Hoverfly 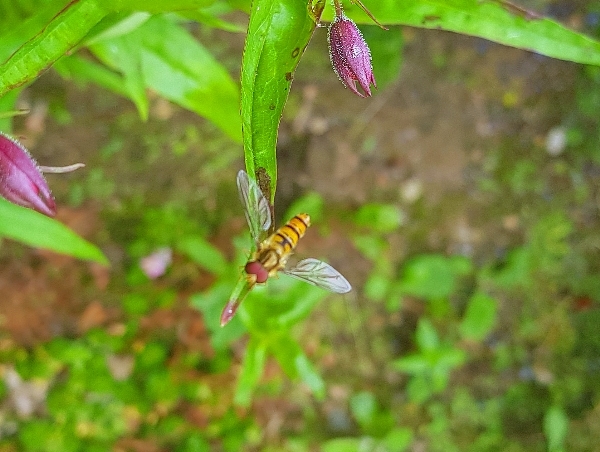