ALL DAY VISIT TO WEYMOUTH AND FERRYBRDIGE

Despite the dull and overcast weather conditions Dawn and decided to drive to the coast at Weymouth and walk across to Ferrybridge for lunch. We drove through rain, mist and windy conditions.

Our planed walk was along the Rodwell Trail from the centre of Weymouth to Ferrybridge where we would take lunch in the visitor centre’s restaurant. However, we decided to extend the walk by taking the pathway through the RSPB Reserve at Radipole Lake,  we parked at the northern end of Radipole Lake and walked through the Reserve. 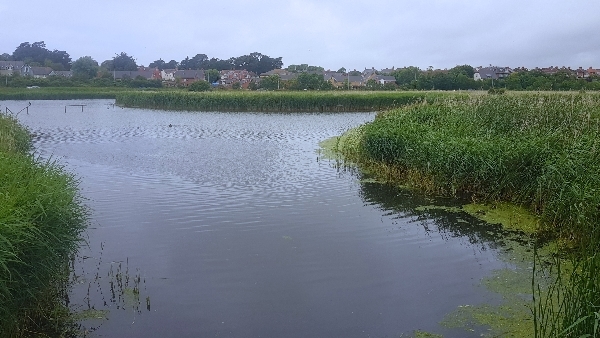 the main lagoon at Radipole was devoid of birds except for a few Mallards, Tufted Ducks, Moorhens and Coots

Well, we didn’t gain much by walking through the wind swept reserve, I had hope to catch a sighting of the Norfolk Hawker Dragonfly but we not a single dragonfly of any description appeared.

We heard Cetti’s, Reed and Sedge Warblers, also Blackcap and a Chiffchaff as we took the long route to the main entrance via the Buddleia Loop. Out on the pools we saw Shelduck, Mute Swan, Tufted Duck, Mallard, Coot, Moorhen, Little Egret and Grey Heron. A kestrel flew over us a couple of times and many of the common gull species flew around. Dozens of Common Swifts dashed over the reedbeds with a few House Martins, Sand Martins and Swallows, I searched the flocks for anything unusual without success. 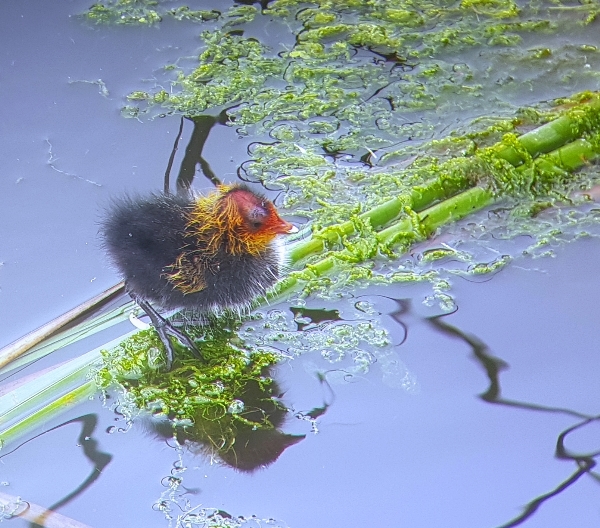 The walk out to Ferrybridge was also uneventful, a single Cormorant was seen in Portland Harbour and a few common garden species were seen along the walkway. At Ferrybridge it started to rain quite heavily so we sought shelter at the Oyster Café who would not serve us a coffee 15 minutes before they opened at 12 noon.

Not a single wader appeared on Ferrybridge mudflats, we did see some Black-headed Gulls, a couple of Sandwich Terns and about twenty Little Terns. 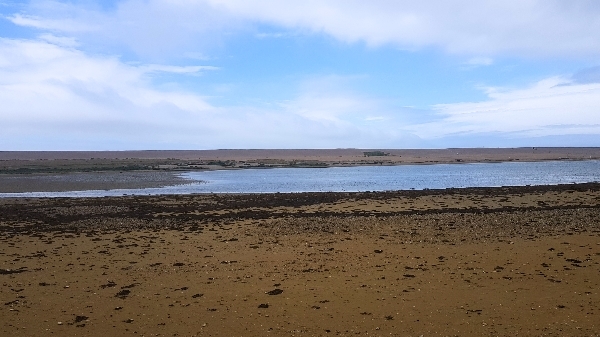 Ferrybridge mudflats with Chesil Bank in the background

We were also too early for lunch at the visitor’s centre but they would cook us a nice breakfast/brunch, I had a full English and Dawn had the vegetarian option, it was delicious and the coffee there is fantastic. The rain stopped and it cleared a little as we made our way back, we retraced our steps (which totalled 17,000 by the time we got back to the car), we extended our walk by taking the long path to the North Scrape where the Sand Martins breed.

Everywhere on the reserve seemed neglected and unmanaged, I think Radipole has gone downhill over the years, the RSPB never seem to spend any money on management it could be so much better. At the North Scrape you can’t see a thing, everything is overgrown. The ‘blinds’ look tired and battered, we saw zilch except for a few Marsh Orchids along the side of the overgrown pathway. 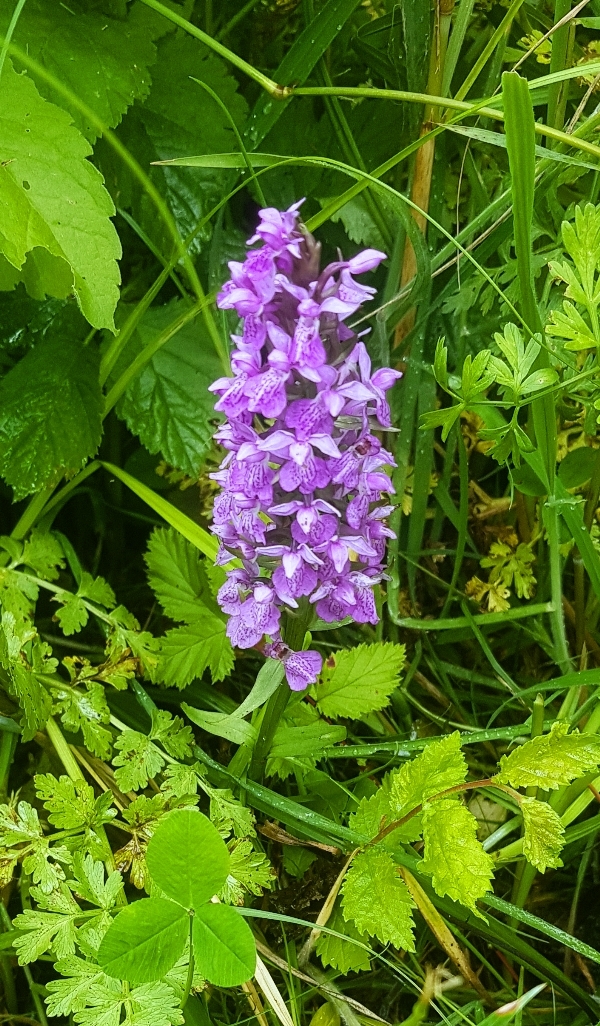 We got home around 4pm with tired legs and with full stomachs. With no footy on the telly, I didn’t know what to do all afternoon so I lay on the sofa for a while……….. Zzzzzzzzzzzzzzz!!