This was my first visit into Yeo Valley for at least a month! What a contrast to last year when I practically visited the Valley every single day. The problem is that I feel there is nothing new to discover having seen so much last. Of course this is simply not true, there is always something new and different out there, I am just being lazy!

Today I was interested in seeing what butterflies and dragonflies were present because I knew that birding wasn't going to produce much. 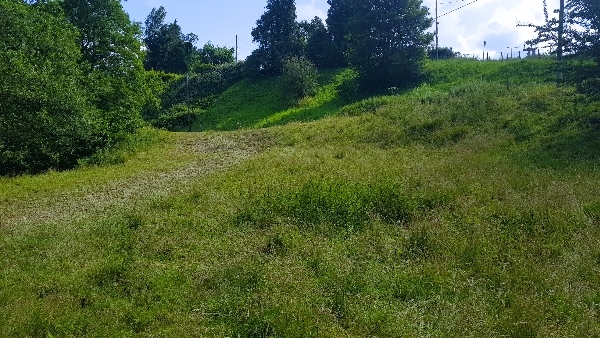 the grass is long and fading to grey at this time of the year, not many flowering plnats are around

As I entered the track into the valley the sun broke through the cloud and a few butterflies were on the wing. I saw Marbled White, Meadow Brown and a Large White. As I walked down to the edge of the stream I flushed several Beautiful Demoiselle Damselflies and quite a lot of hoverflies and bees. 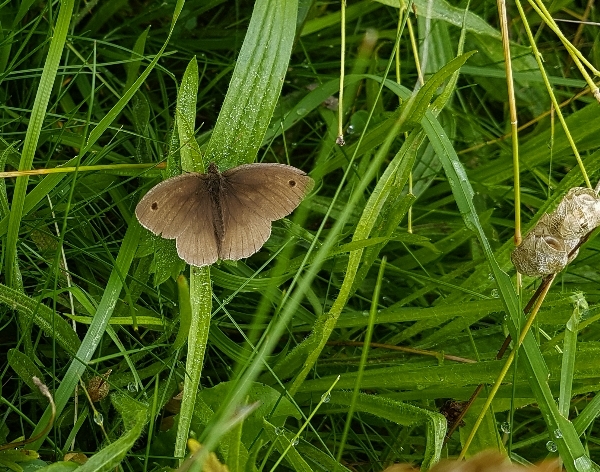 I managed to photograph my first dragonfly sighting, it was a SOUTHERN HAWKER,  an immature male. Then I found what I thought was a Hornet Hoverfly (the Uk's biggest hoverfly) but on closer inspection I could see that it was a smaller cousin of the Hornet. It doesn't have an English name but is called Volucella inanis. 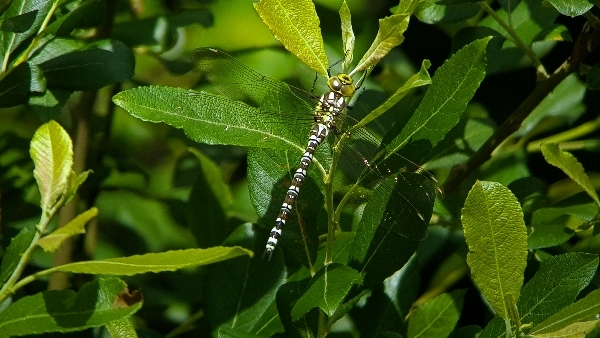 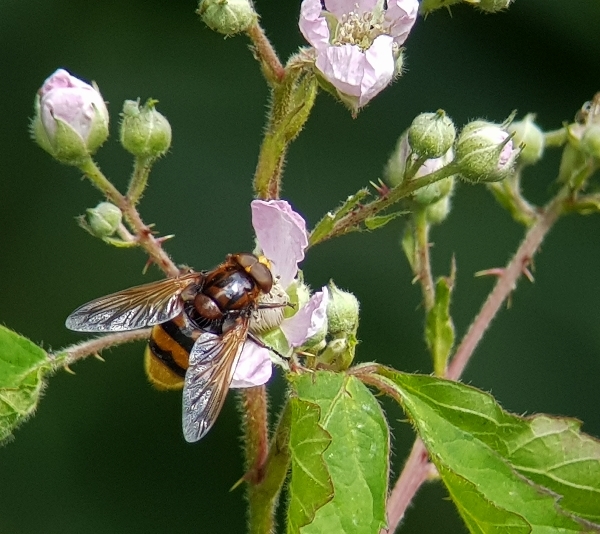 I did see a few birds as I walked along the side the of the stream, I couldn't see much of the water because of the over grown vegetation all along the banks.  Despite all of this I saw a Kingfisher, a Grey Wagtail and I heard Song Thrush and Wren. 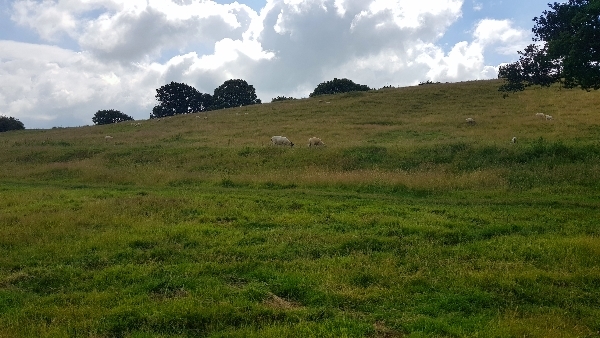 Rook's Hill is now attended by a flock of sheep

Further into the valley I caught sight of a covy of Red-legged Partridges, five of them dashed off into the grass. A Green Woodpecker flew across the meadow as I made my way back.  My local Buzzards were calling loudly, I heard the distinctive shrill call of the juvenile birds, I think they have now fledged the nest that I can see from my garden. 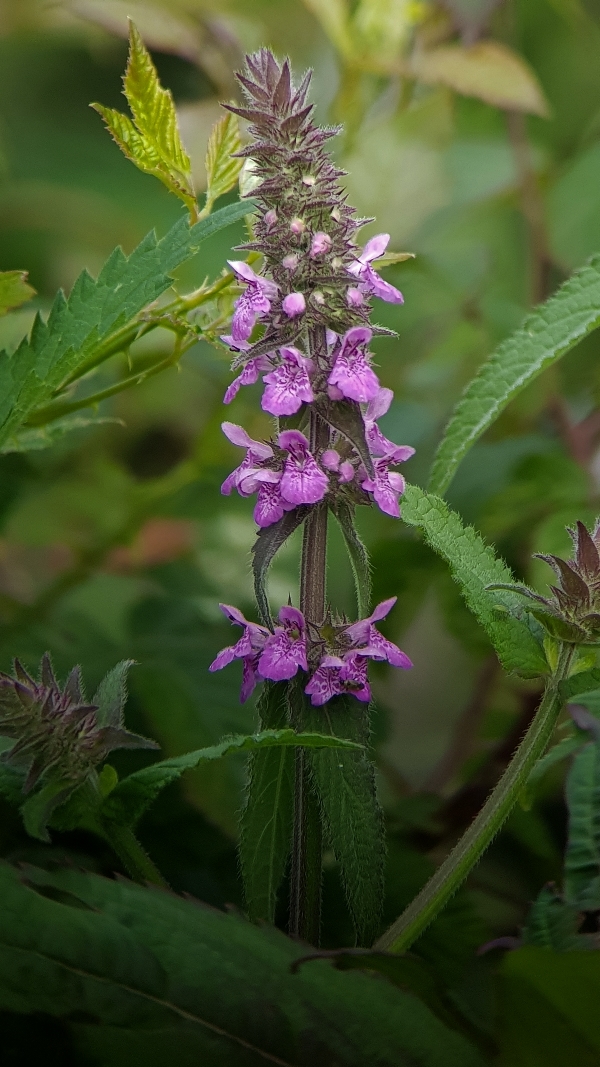 Earlier I had seen a second dragonfly but failed to see it settled, but on the way back I did see it settle high up on a leaf. I identified it from my pictures as a female Common Darter, one of the most abundant dragonflies found in the UK. 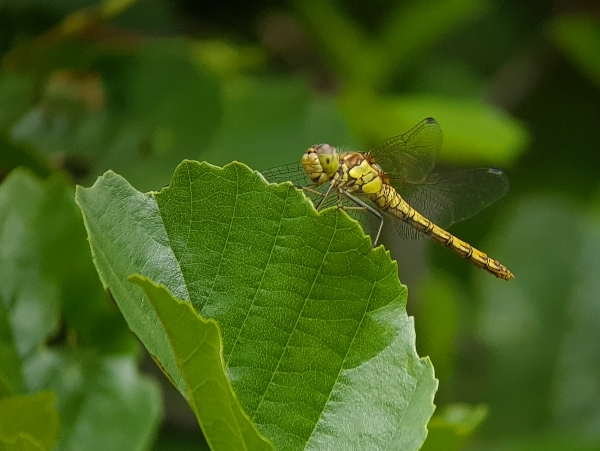