A DAY AT THE BEACH AT COGDEN

WEATHER: sunshine to start then cloudy with sunny spells and  a cooling breeze. Top temp 25C

Dawn and I spent the day realxing on the pebble beach at Cogden, we set off at 9am and arrived at the National Trust car park above the beach at Cogden just before 10am. To start with we had a clear blue sky but it soon clouded over. 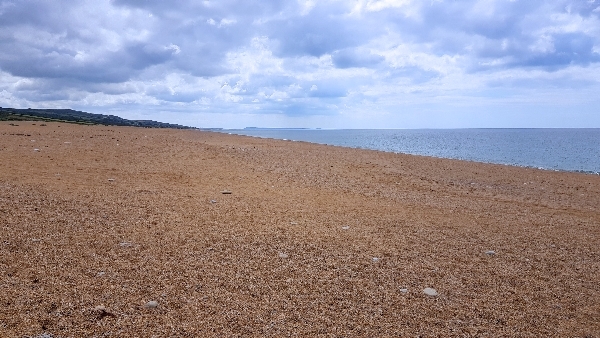 looking south-eastward from our position on Cogden Beach, you can just make out Portland in the distance.

As we walked down to the beach we saw Common Whitethroat, Linnet, Common Stoenchat and we could hear Skylarks above us. Not many butterflies were on the wing just yet.

From our perch on the beach I scanned the sea many times and only saw Herring Gulls and Black-headed Gulls, sometime in the afternoon a bunch of 5 Black-headed Gulls landed on the pebbles not far from us and to my great delight a Mediterranean Gull was with them. I always get excitied when I see a Med. Gull, I cam remember, of course, when they were a rarity in the UK and it was a worthy find. Today, they are very common in the Weymouth area with counts up to 1,000 at Ferrybridge during the winter. 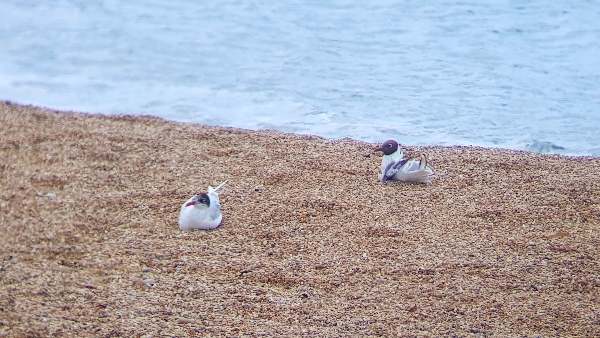 Mediterranean Gull (left) with a Black-headed Gull on the beach near us, taken with my phone through my binoculars

I went for my usual walk along the coastal path just after lunch looking for butterflies and other interesting insects, I didn't see much except for dozens of Meadow Brown, fewer Marbled Whites and lots of Gatekeepers (these were my first sightings of this butterfly for 2021). A couple of day-flying Moths were ID'd as Silver-Y Moths. 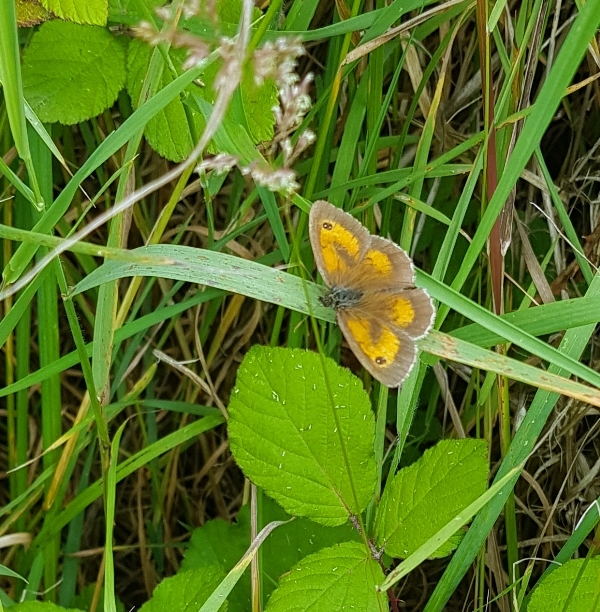 The Gatekeeper Butterfly, named for its rigorous patrol of hedges and woodland rides and separated from other brown butterflies by the black spot near the upper-wing tip having two tiny, central white dots. 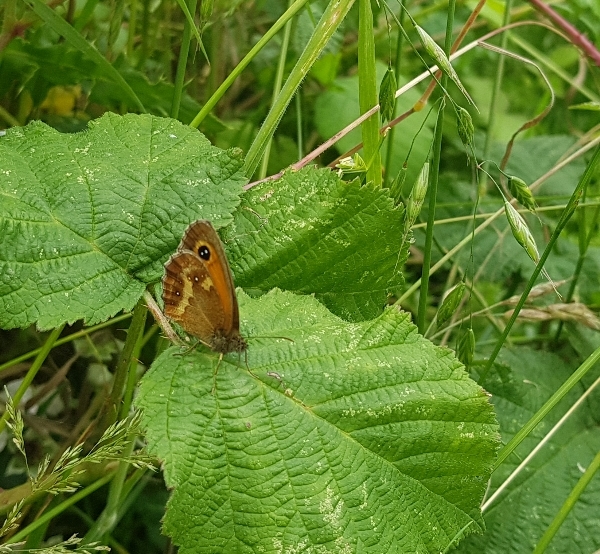 the underside it quite pretty too!

Birdwise it was quite active, a family party of Common Whitethroats skipped along the hedgerow in front of me, I also saw young Stonechats, Dunnocks and a few Skylarks. Linnets and Goldfinches dashed about in small groups twittering as they went, full of the joys of summer.

Two large groups of hirundines (30+) flew over me heading eastward, they were mostly Sand Martins with a few House Martins, surely they were not leaving on migration already?? 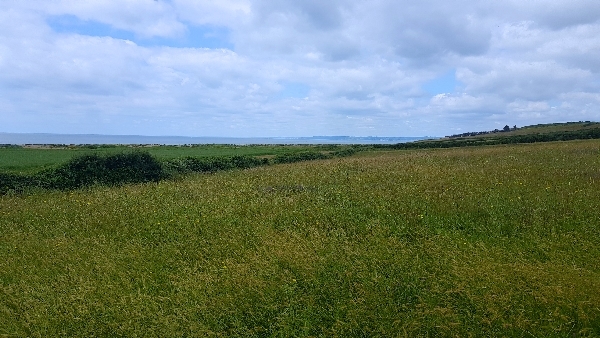 The sun reappeared later in the afternoon, but by 3 o'clock we had had enough and we set off for home, driven off the beach by a hoard of tiny flying insects which I think were blown down onto the beach by the north-westerly breeze.