ALL DAY VISIT TO BENTLEY WOODS

This was another mission to try to find yet another near-impossible butterfly and yes, I was with the intrepid butterfly-whisperer, Guy Campbell.

We set off from Stoford and under Guy's supervision I took the long route to Bentley Woods near Salisbury, Wiltshire. We drove along the main A303 towards London before turninhg south along the A36 to Salisbury. It took us just over 90 minutes to get to Bentley Woods arriving just after 9am. It was already hot so we wasted no time and headed along the main track from the car park towards Guy's favourite place to see the mythical, the god-like, royal butterfly..........the PURPLE EMPEROR. 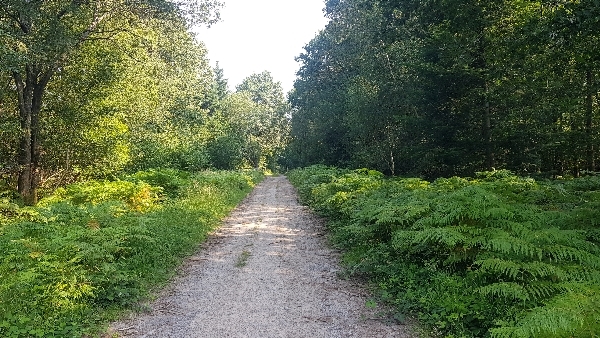 a typical ride in Bentley Woods

It was hot, occasionally a most welcomed, but tiny breeze, drifted along the rides and we found shelter under the many oak trees, which is the favoured tree species of out target butterfly. We saw dozens of butterflies along the rides, countless Gatekeepers with Meadow Browns, Ringlets, Brimstones, Marbled Whites, Red Admiral, White Admiral (1), Common Blue, Green-veined White, Large White, Small White, Small and Essex Skippers, Comma and quite a few Purple Hairstreaks. 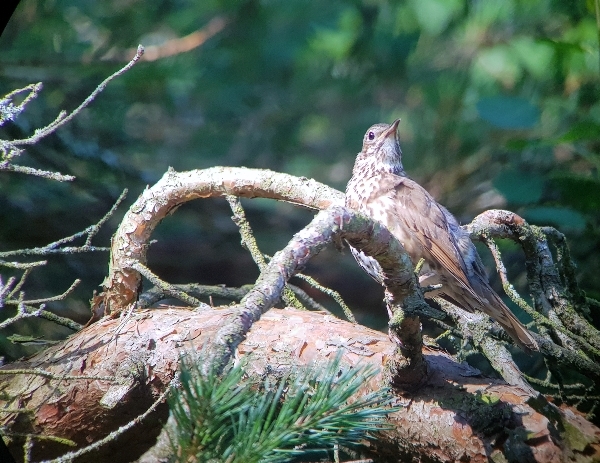 We also saw a few birdies, a Mistle Thrush sat out nicely and we had short views of Robin, Blackcap, Chiffchaff and we could hear Siskins calling in a couple of places. 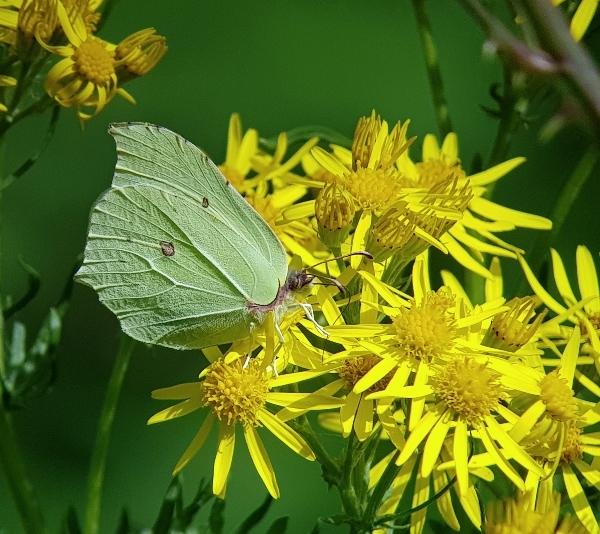 Guy led me from pillar to post, from shady areas through baking hotspots to his favourite sites for the elusive Emperor. We did finally get a view of this near-mythical beast, we saw the silhouette of one as it drifted and glided around the canopy of an oak tree and that was all we got. We did see lots of Purple Hairstreaks, but they were the wrong type of Purple for the list. 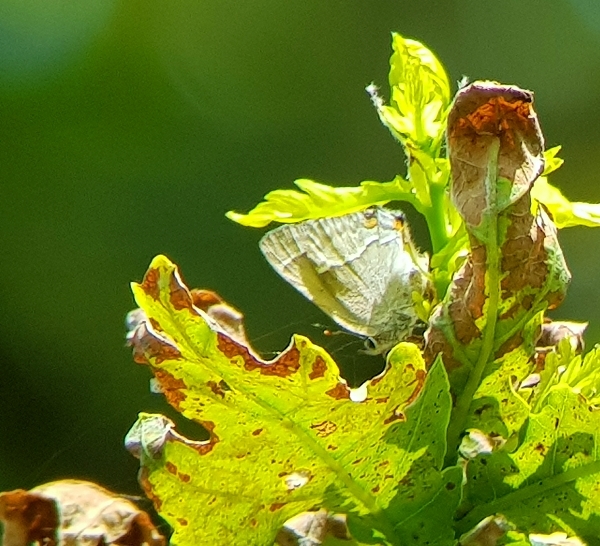 this is a record shot of Purple Haorstreak, it was digi-scoped whilst it sat high up in the canopy.

As it neared lunchtime we wandered back towards the car park when I spotted a raptor drifting high above us, it was a HONEY BUZZARD!!! Guy was beside himself with glee, he loves HB's and dosen't shut up about them. 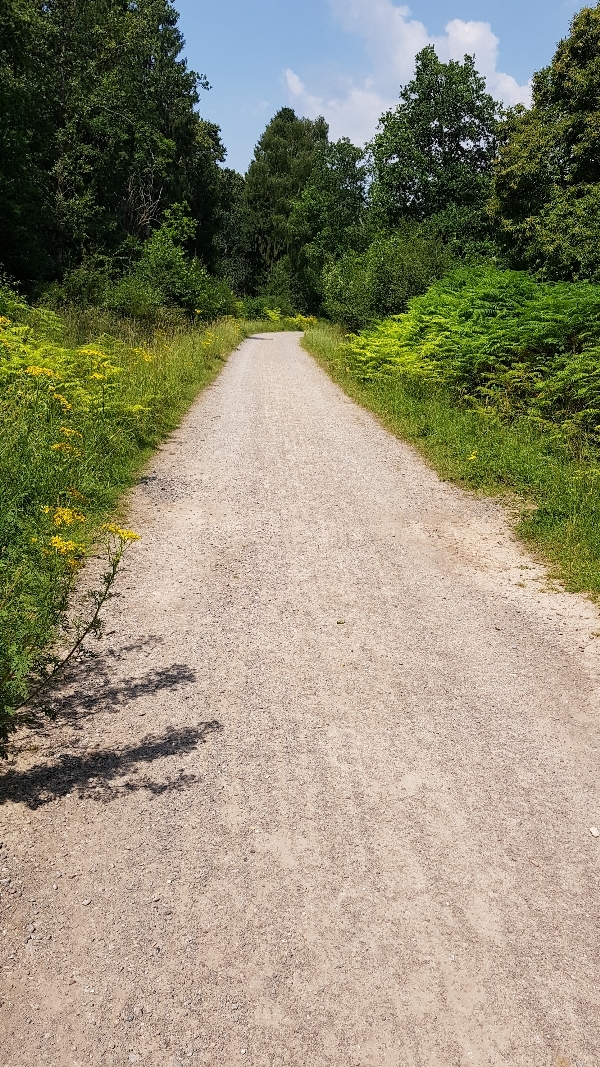 the track back to the car park

Because he was in such a good mood Guy decided to volunteer to walk back to the car and fetch our lunches, well done Guy. Unfortunately for him a second HONEY BUZZARD came over, this one circled on the thermals and then performed its 'wing-clapping' display twice!! I found it very hard to break the news to my obsessed friend, but he took it quite well. 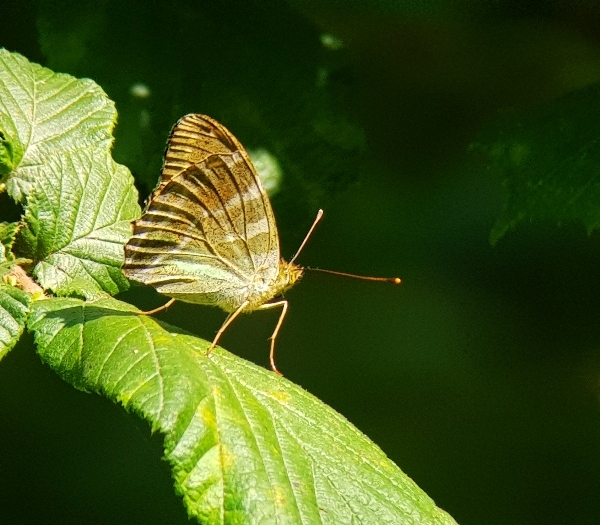 We sat on a bench and ate lunch whilst keeping our eyes to the skies, sure enough the second Honey Buzzard reappeared, we had prolonged views of it, but it did not display this time. The cross-roads where we ate lunch was also the site where another couple had seen an Emperor earlier,  so we gave it a little more time. Then another guy showed us his pictures of yet another Emperor that he had seen on the ground along another track. 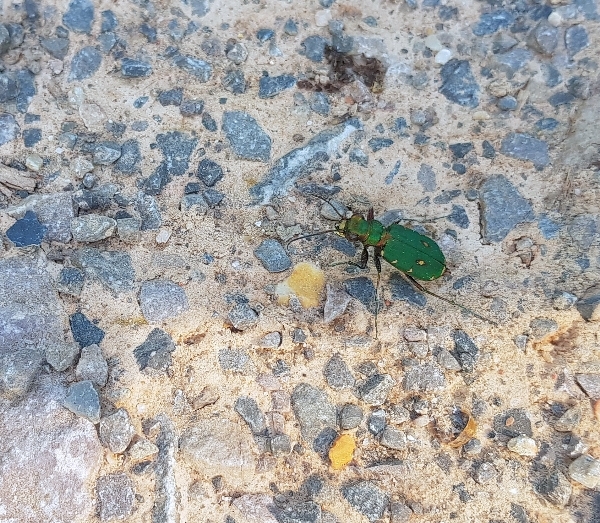 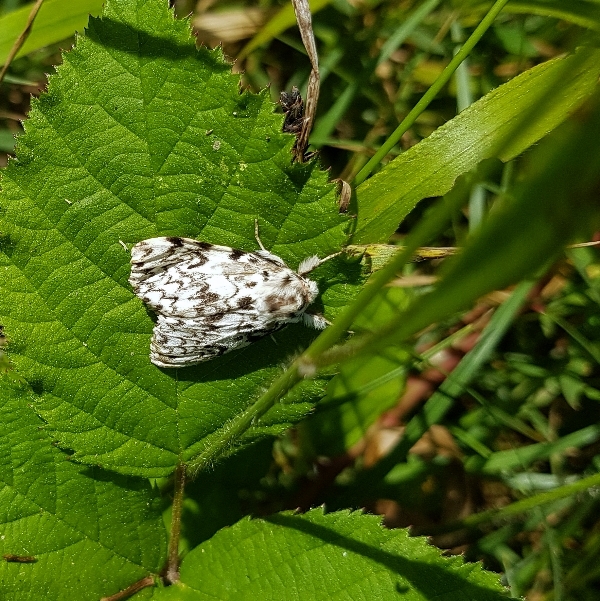 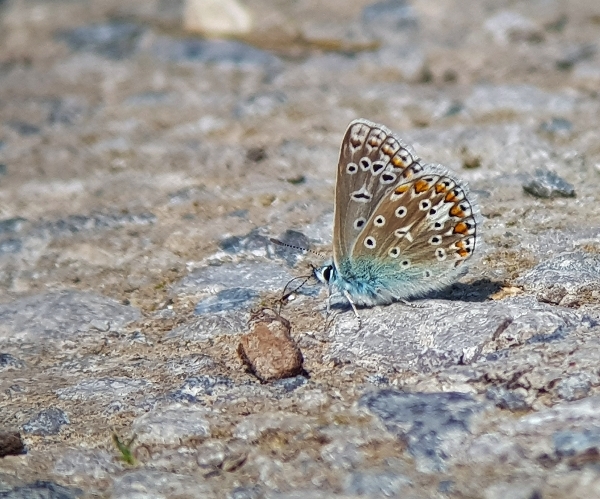 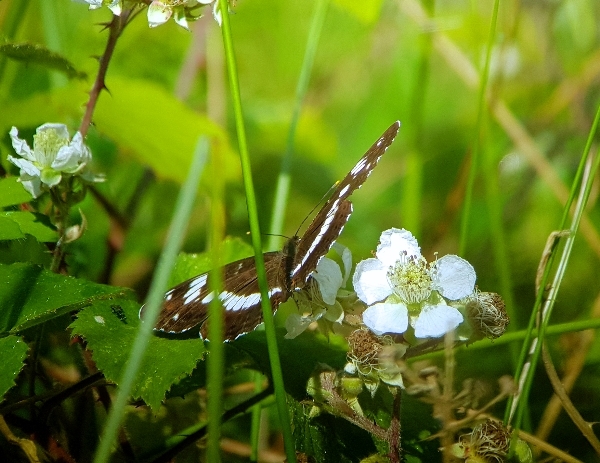 the only White Admiral of the day was found by Guy

After waiting for another 30 minutes we decided to call it a day and walked back to the car, our journey home was uneventful, we got back around 5pm.