Little Lenny Caines is six years old and recently he was fascinated when he looked through my binoculars for the first time. Lenny is my wifes', sister's grandson which makes him our grand-nephew, we met up with him today and took him  for his first ever bird-watching outing.

Lenny is now the proud owner of his own pair of binoculars and he is very proficient in using them. Celia, Dawn's sister, brought him along to Ninesprings to met up with us. 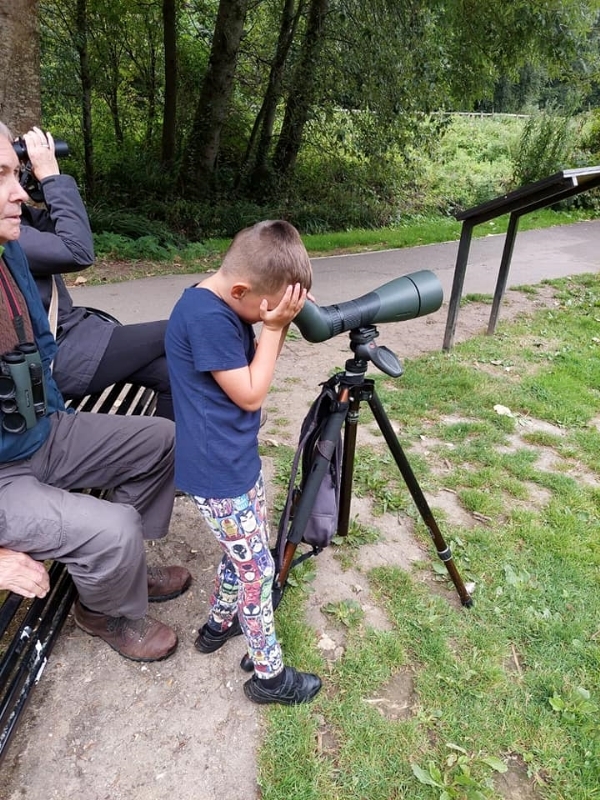 Lenny in action, spotting a Kingfisher was the bird of his day! 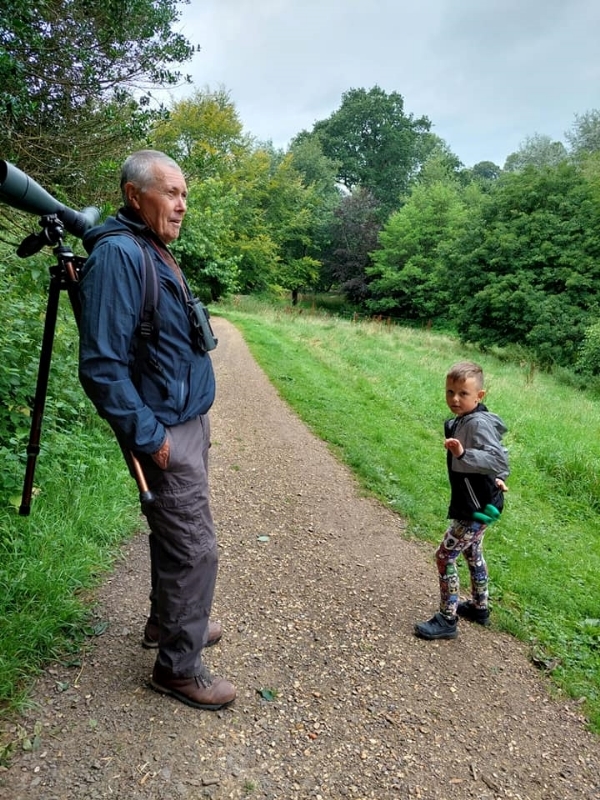 me with my new birding pal Lenny 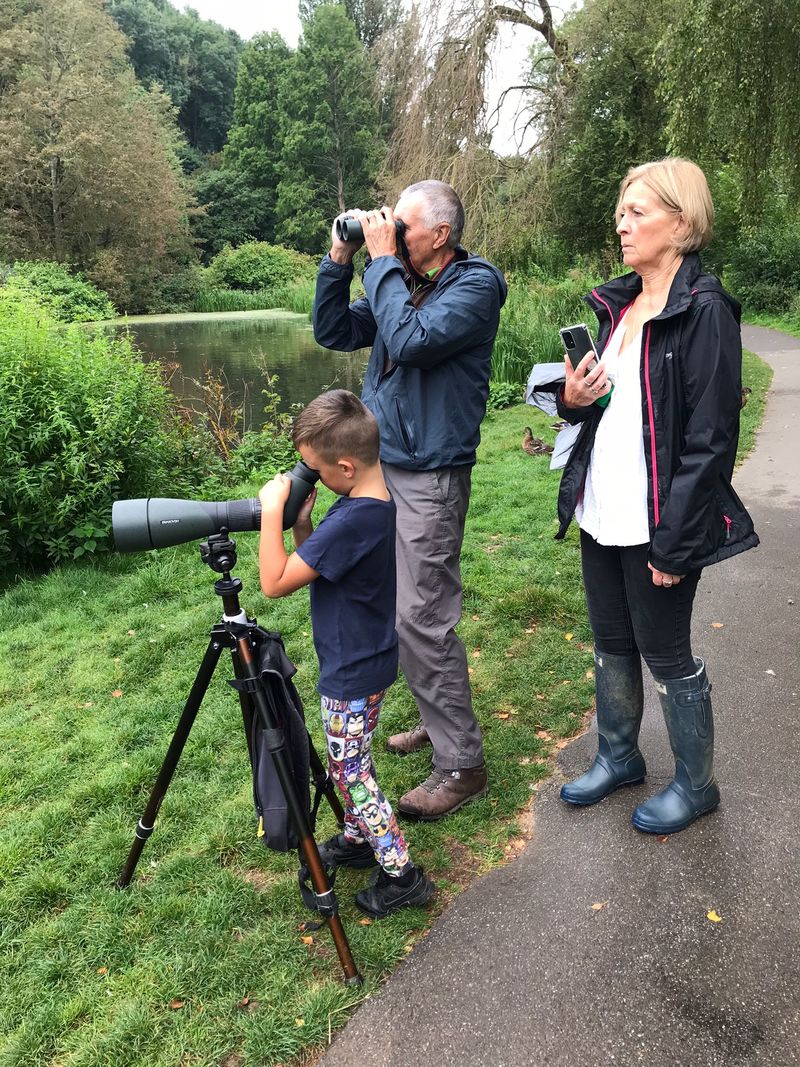 Lenny on the case of the Kingfisher 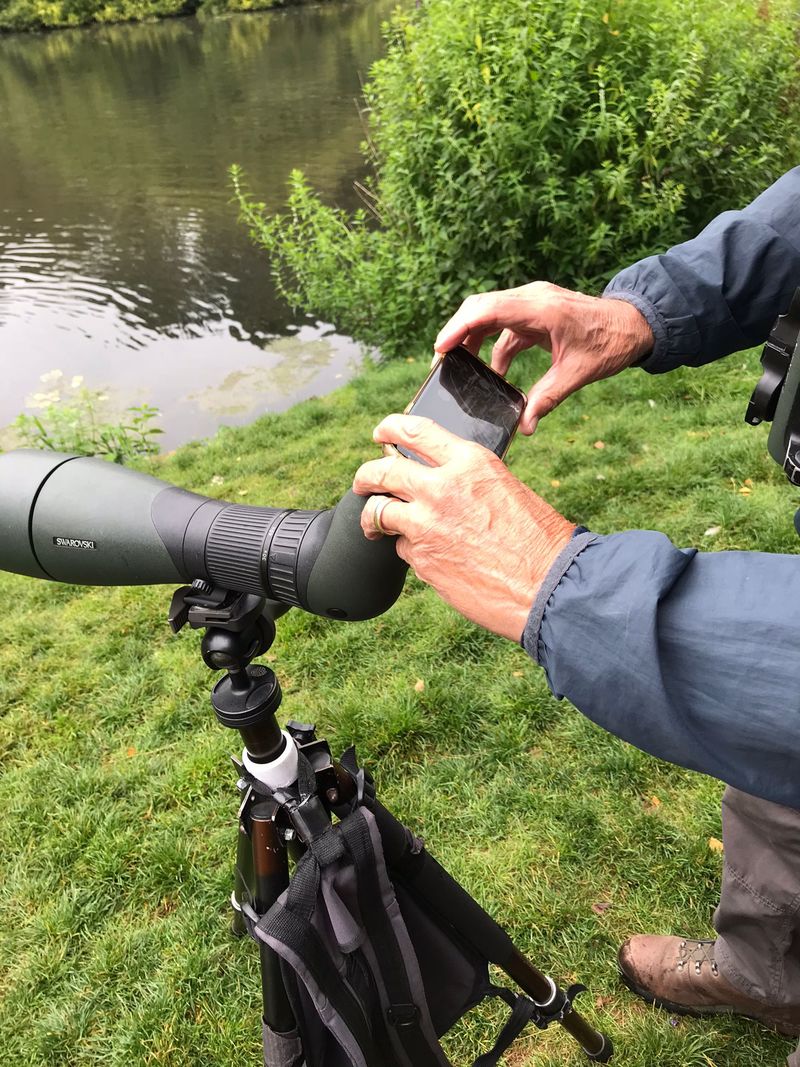 Phone-scoping a picture of the Kingfisher 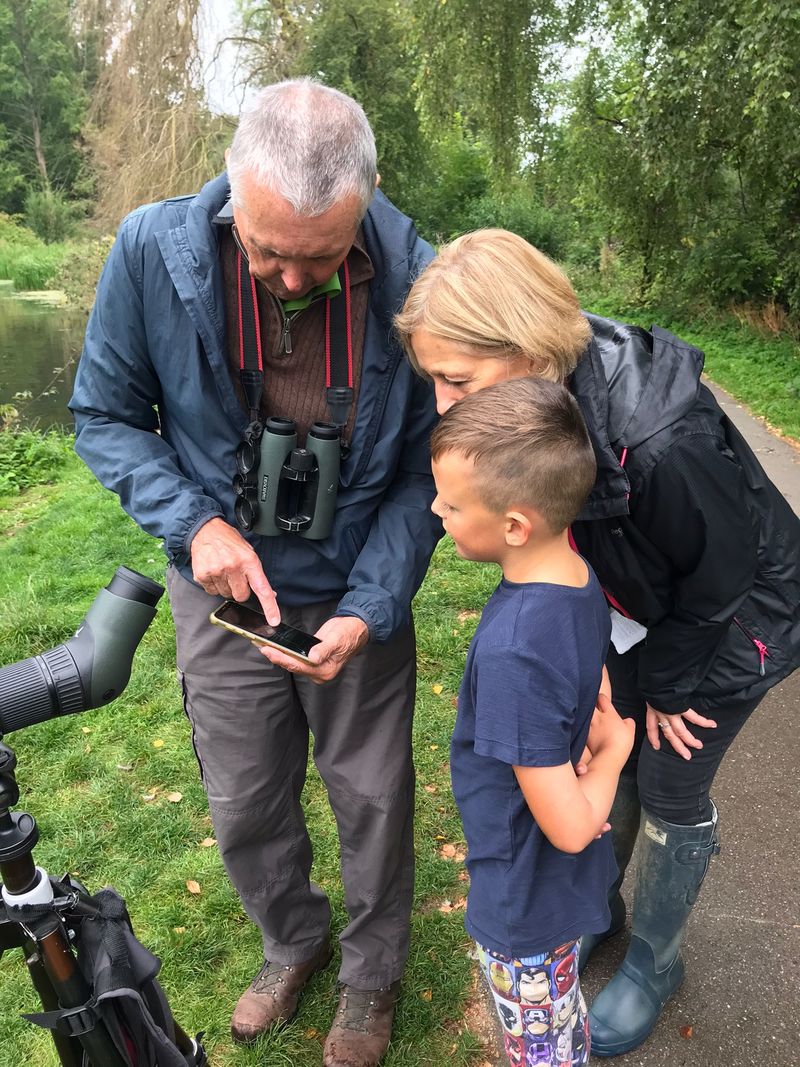 I set up the scope next to the main pool at Ninesprings and we were quickly looking at ducks and grebes. We saw a Little Grebe sitting on its' nest, I noticed that it had 3 unhatched eggs in it. The middle of August seems a little late for breeding Little Grebes I hope they are sucessful. 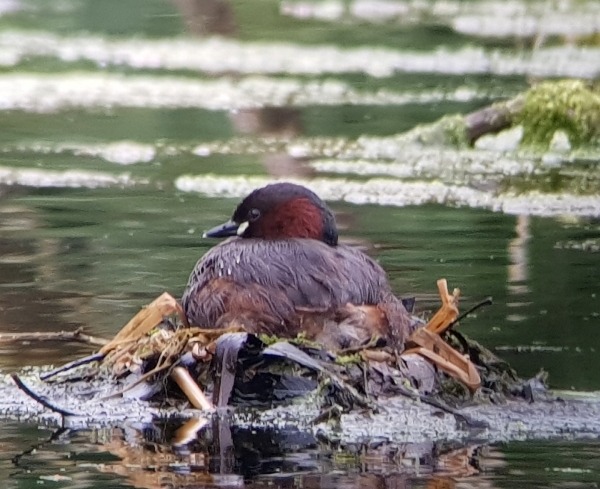 Little Grebe on the nest

We watched Mallards, Moorhens, Crows, Wood Pigeons and a couple of Herring Gulls before we found the jewel of the park. A Kingfisher flew into the branches of a bush which was overhanging the water on an island. Lenny saw this little beauty through the scope and I showed him how I took a picture of it using my phone. 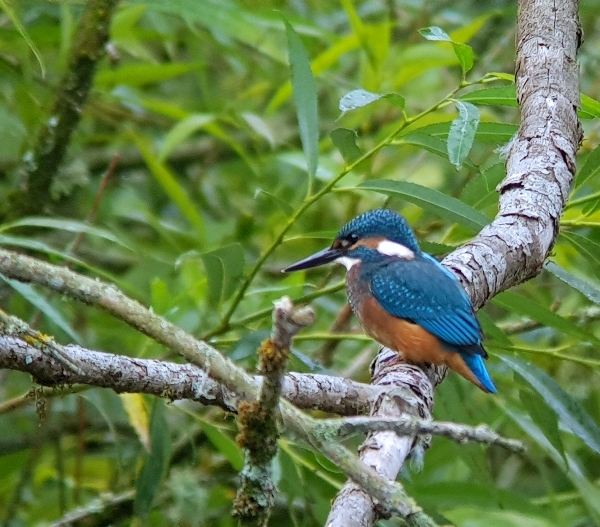 A couple of terrapins have been released into the pool and they should not be there, they are none native species and are detrimental to British Wildlife and should be removed. These colourful beasts are called Yellow-bellied Sliders and have been around for quite a while, they are a long way from home as they oringinate in Southern  USA  from Florida to Virginia. 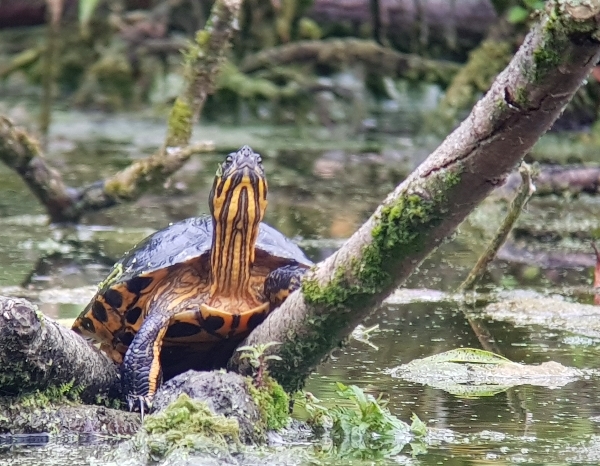 After watching the pond for a while it started to rain, we walked around the park, along the woodland tracks but  we never saw much else other than a few birds flitting through the trees. I noticed many Chiffchaffs, a flock of Blue, Great and Long-tailed Tits but they were not easy to see and I wouldn't expect a six year old to follow a Chiffy through the trees. 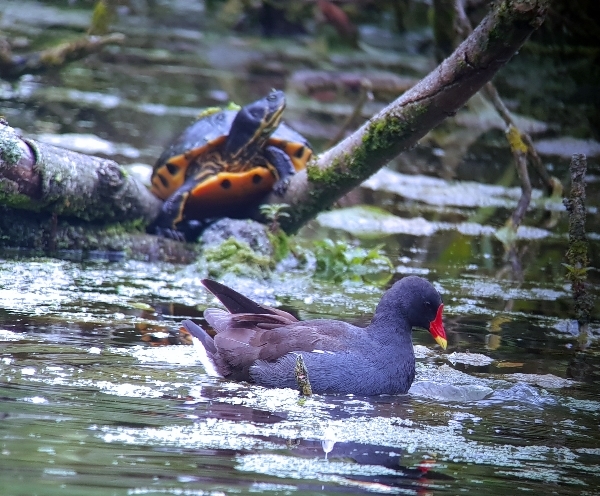 We left Lenny with his grandmother, Celia, after about an hour, in fact he was trying out archery when we left him. 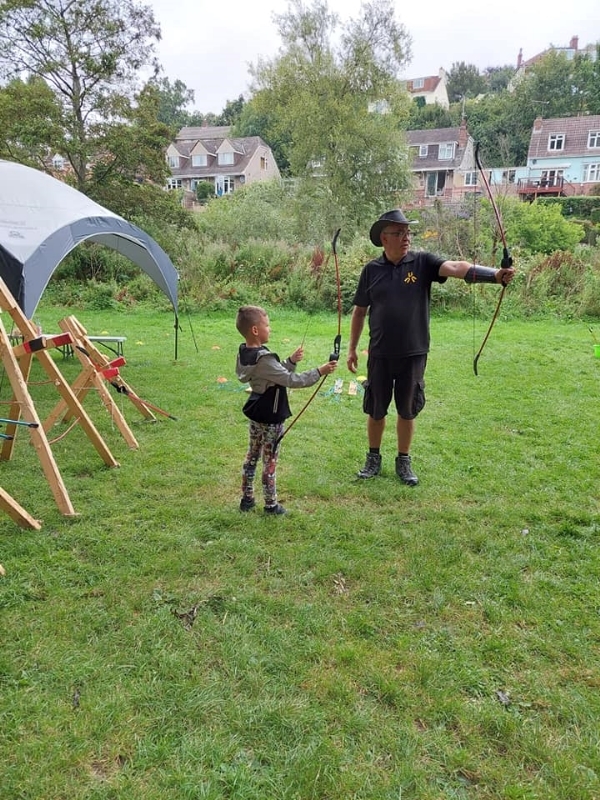