A DAY OUT IN DORSET - FERRYBRIDGE – PORTLAND – LODMOOR

I went down to the coast with Guy Campbell, we went birding for a change. Yes, the Yeovil Butterfly Whisperer Guy, has turned his attention back to birds because the butterfly season has now passed. But he still had one butterfly up his sleeve, see later.

We left Stoford at 7am and arrived at Ferrybridge some 40 minutes later, there was a bright blue sky but a cold northerly wind kept the temperature down to 14C.  We were hoping for a sighting of a reported FORSTER’S TERN but it was not present. 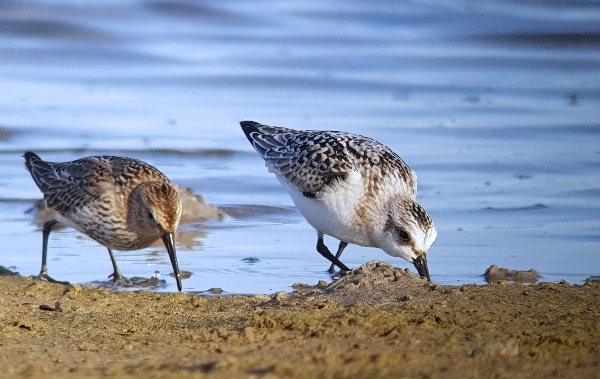 Dunlin and Sanderling - you know which is which! Note that the Sanderling is the larger species

At Ferrybridge we had incredible close views of a Knot and a small mixed flock of Dunlin, Sanderling and Ringed Plover also came fairly close. The usual gulls were around and we saw distant Sandwich Terns. 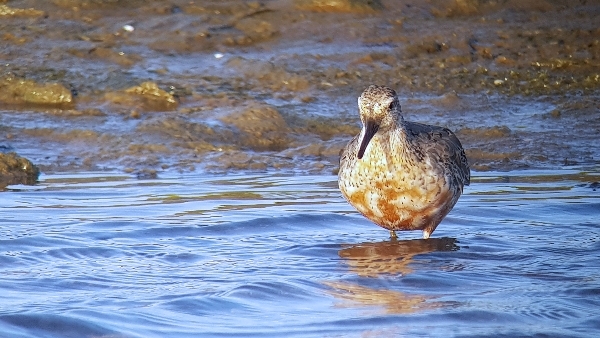 the Knot - losing its summer plumage

We then drove to Portland Bill parking at the Bird Observatory. Our main aim was to walk down to the ‘point’ at the Bill and spend some time looking out to sea hoping for Shearwaters, Skuas. The guys at the observatory had seen a single Balearic Shearwater and a couple of Arctic Skuas, so we were encouraged somewhat. 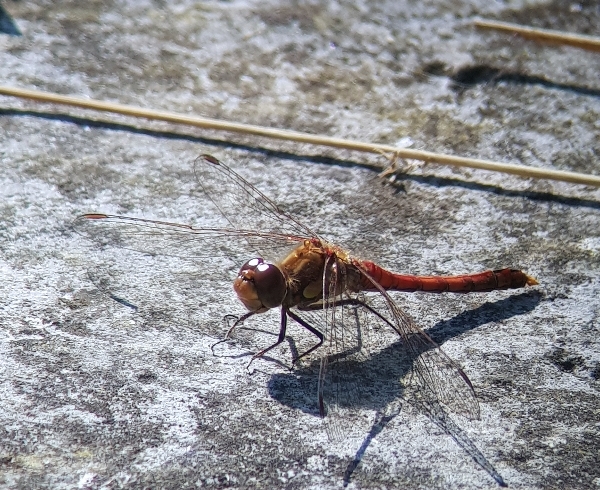 We had a quick look at the resident Little Owl in the quarry next to the Observatory before walking down to the Bill. After spending 30 minutes of seeing very little we decided to cut short our sea-watching, we saw Gannets, Cormorants, Shags, Kittiwakes, a few Gulls and Guy had a brief glimpse of a single Shearwater but it was too far off to identify. 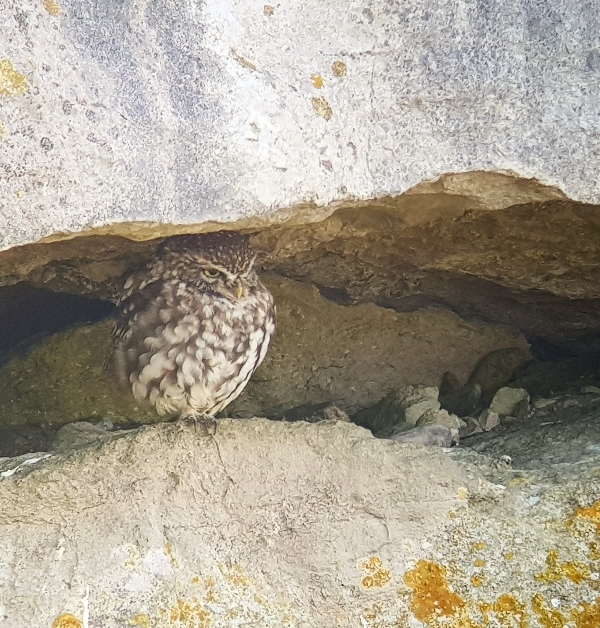 Little Owl - he doesn't look too happy about being squashed into the rock crevice!

As we walked back to the observatory we saw a single Wheatear, a few Rock Pipits and flocks of Linnets and Goldfinches. 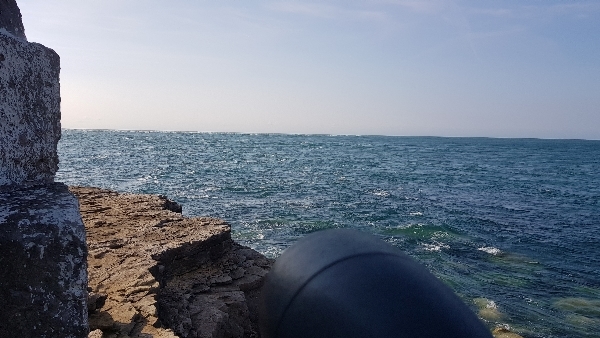 We had a brief stop for coffee at the Observatory before taking a walk up to the ‘Top Fields’ where we finally found some migrant birds. We saw about 20 Yellow Wagtails in small groups, they were very flighty and we often picked them up on call as they flew overhead. We also saw Pied Wagtail, Common Whitethroat, Swallows, a Kestrel and we had at least four different sightings of the same female Sparrowhawk. 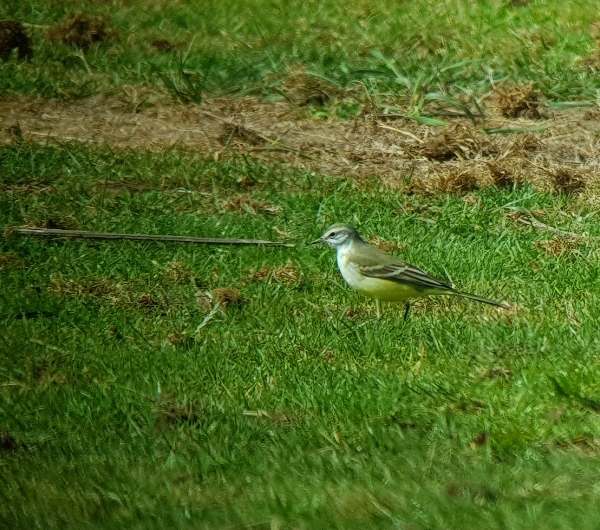 one of the many Yellow Wagtails seen in the top fields 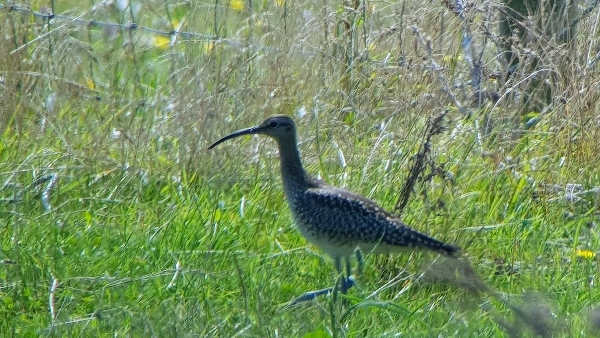 Along the tracks up to the top fields and down to Culverwell, Guy pointed out Wall Brown Butterflies, he desperately wanted a photograph of one. Today however, his Whispering did not work for him. I managed a couple of pictures through the scope but he could not get near one!! 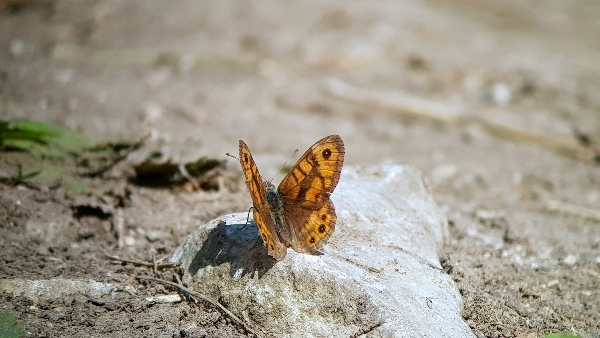 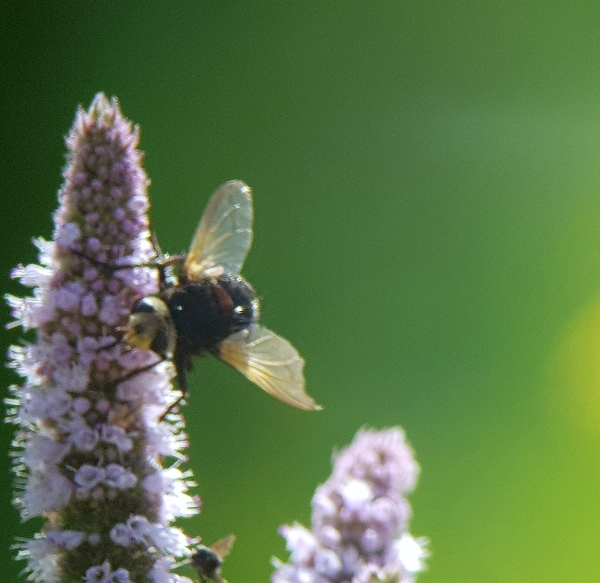 On the way back to the Observatory we found a fence lined with at least 20 Northern Wheatears and a single Whimbrel was seen in a small meadow. We ate our lunch sitting in the sunshine on the terrace of the observatory, a Pied Flycatcher was most obliging in the car park. 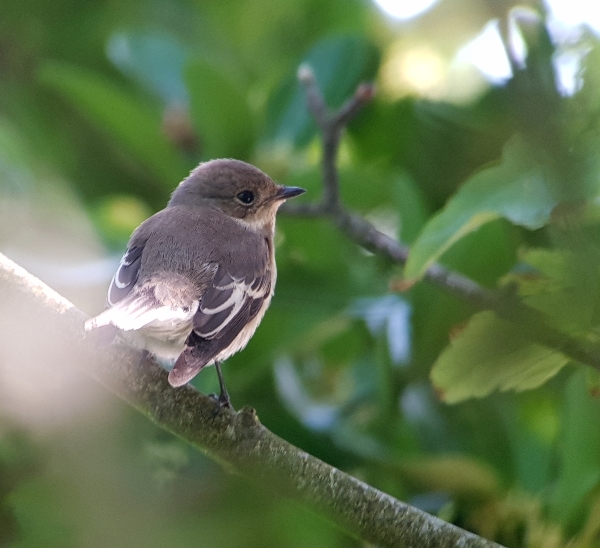 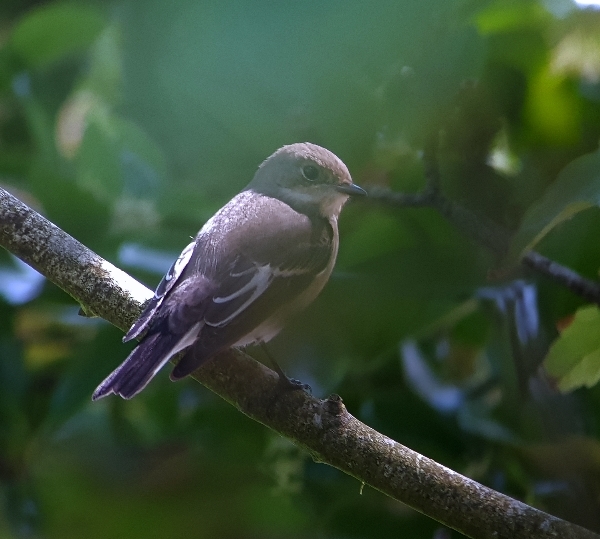 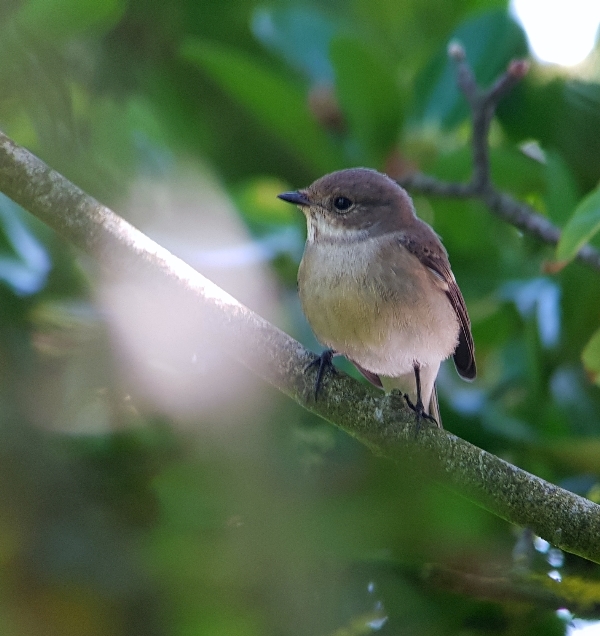 Our last port of call was Lodmoor, we went there looking for another species of Tern. About 30 minutes after we had left Ferrybridge this morning a WHITE-WINGED TERN was found………Doh!!! But, it left pretty quickly, however, this bird was relocated at Lodmoor some 2 hours later, so that is why we went to Lodmoor. 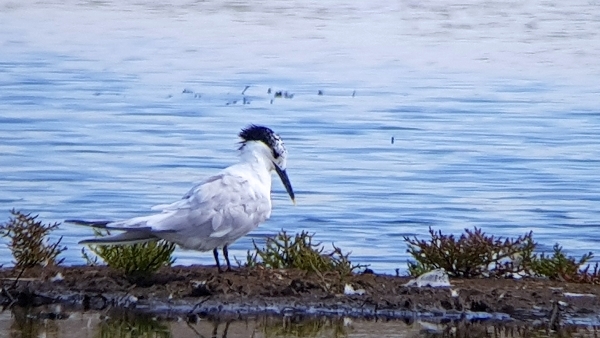 Of course the bird had long gone by the time we got there. It was now 23C and the wind had dropped. We walked along the west track looking at the waders and gulls, we saw a Ruff which had a completely white head, neck and breast, a stunning looking bird but it was quite distant. 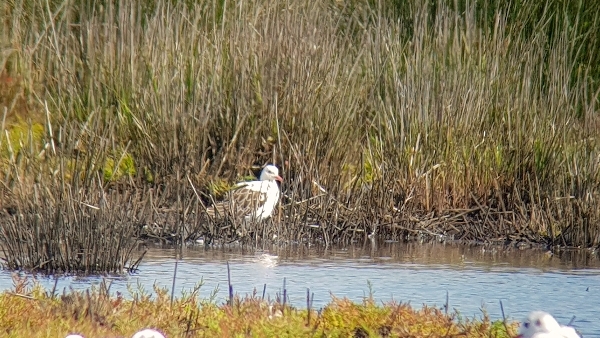 the 'white' Ruff - it was quite distant

We also saw Black-tailed Godwit, Dunlin, Ringed Plover, Lapwing and all the usual species. We found Willow Warbler, Robin and Dunnock along the track.

We left before 2pm and got back to my flat before 2:30pm and so ended our unsuccessful ‘Tern Hunt’.