A report of a Whinchat and a Wheatear at Sutton Bingham by local birder Pete Ackers saw me toddle off around lunchtime to see if they were still there. A few other people had dropped to confirm the bird's presence including Guy Campbell, he found 2 Whinchats and 1 Wheatear.

I saw the same as Guy but the birds were very distant, viewable from the main causeway to the south of the West Pool 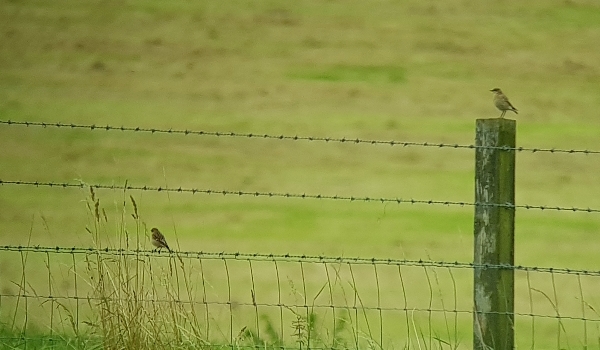 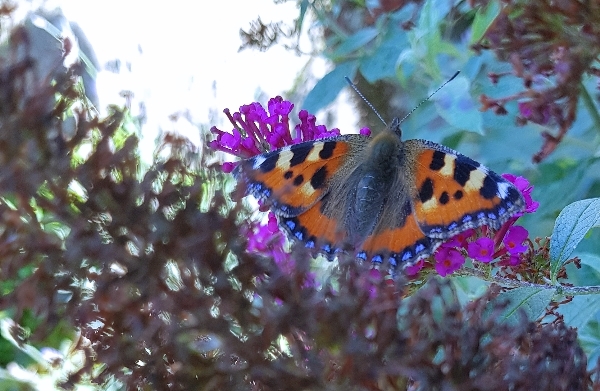 Small Tortoiseshell on my Dwarf Buddleia 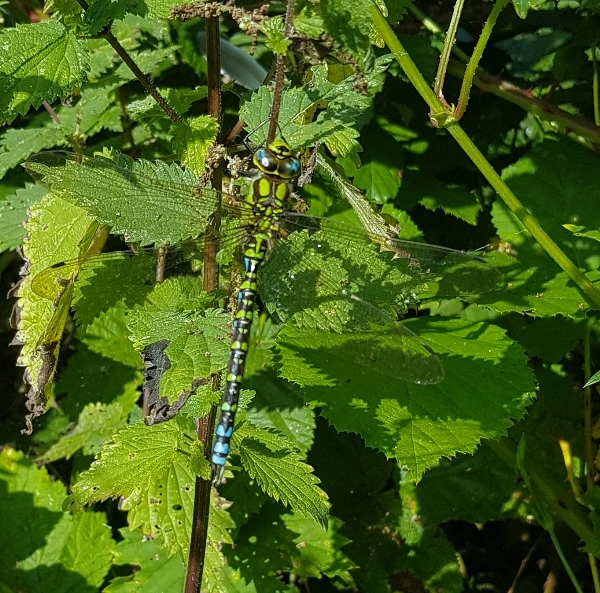 We were due to set off for a couple of days visiting friends in Salisbury but before we went I had time for a quick walk into the fields above the local stream in Stoford.

It was fairly quiet but I could see how much the hedgerows had changed since my last visit. It looks like there will be abumper crop of berries this autumn, many bushes are heavily laden. Blackberries, sloes and elder berries are in abundance. 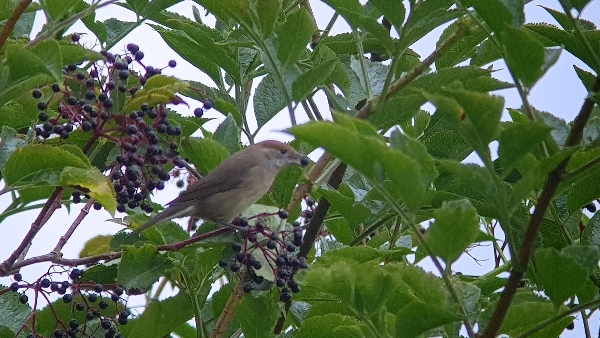 a Blackcap taking advantage of the bunper crop of Elder Berries

Walking around the large grass field above the village I saw Blackcap, Goldfinches, Great Spotted Woodpecker, Blue, Great and Long-tailed Tits but not a lot else. 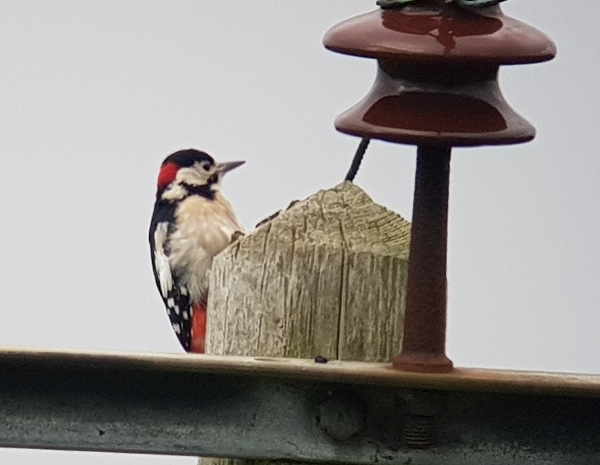 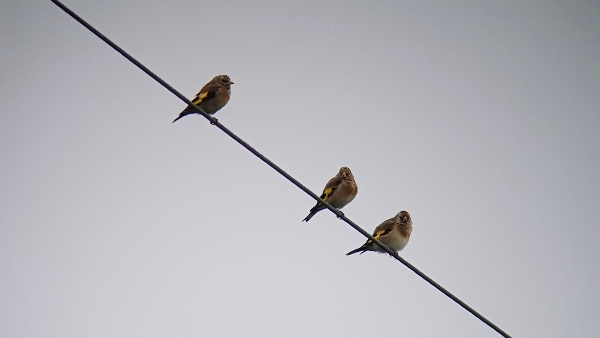 a typical autumn sighting, a family party of Goldfinches 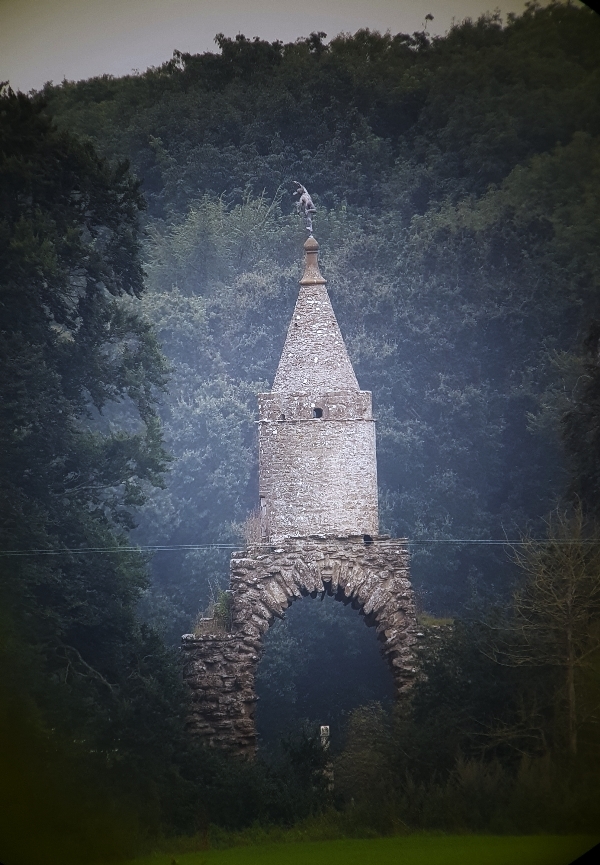 through the hedge at the top of the field I could see all the way across to Barwick Park where 'Jack the Treacle Eater' Folly  can be seen.

We arrived our friends house on Saturday afternoon,  their house is situated a couple of miles south of Salisbuiry in a village called Alderbury. On Sunday morning it was bright, clear and sunny, so we decided to go for a stroll on Canada Common which is 5 miles south from where we were.

It was beautiful out there, the Common is covered in gorse and the grass is kept really short by wild horses, Donkeys, Sheep and Cattle. It was virtually birdless until we got to some mixed woodland.

We found Great Spotted Woodpecker, Spotted Flycatcher, Robin, Crow, Jackdaw, Common Buzzard, a couple of Pied Wagtails and on the way back we found a single Stonechat. 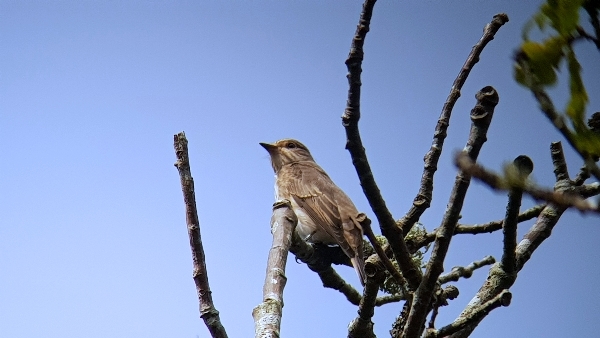 record shot of the Spotted Flycatcher 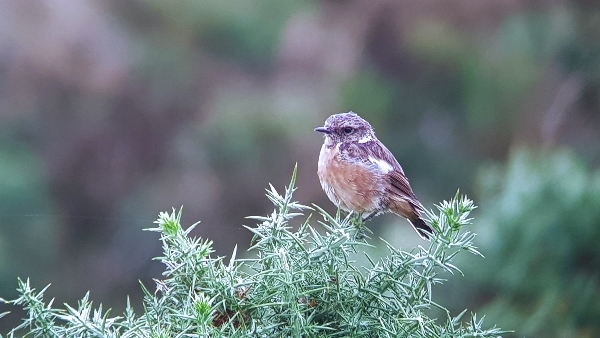 this Common Stonechat was the only bird we saw as we walked two miles across the heathland!! 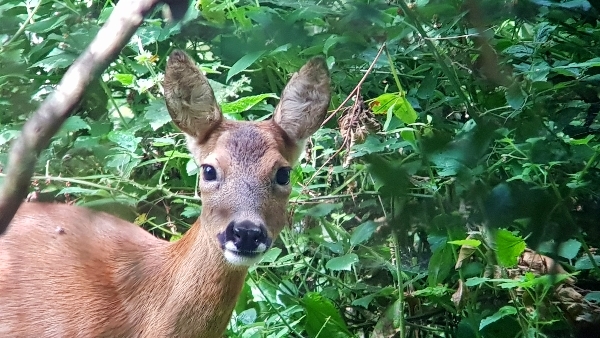 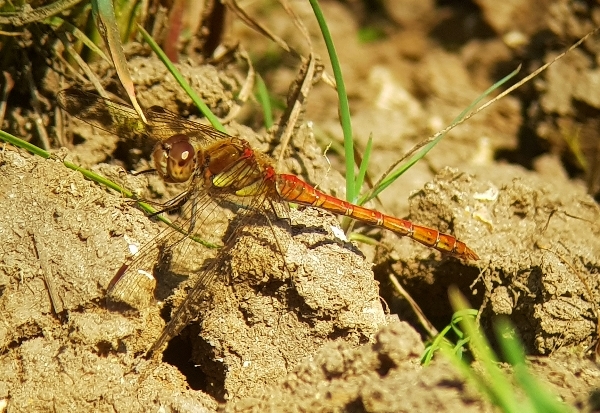 Back at our friends I photographed this docile Hornet, I do not reccomend picking one up!! 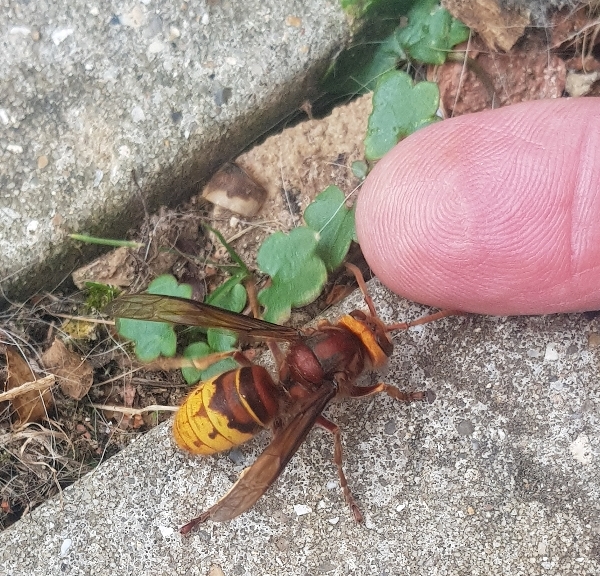 Our friends Nick and Debbie have a Hornet's nest in their loft space above their bedroom, how nice!