We had glorious sunshine for most of the day through a blur of high cloud, a chilly breeze kept the temperature down to a nice comfortable level. Dawn and I drove down to Cogden Beach just after 9am and arrived some 50 minutes later. As we got out of the car I saw a flock of 12 Cormorants flying west along the beach and making our way down  the slope to the pebble beach we put up several Wheatears and a small flock of Linnets. 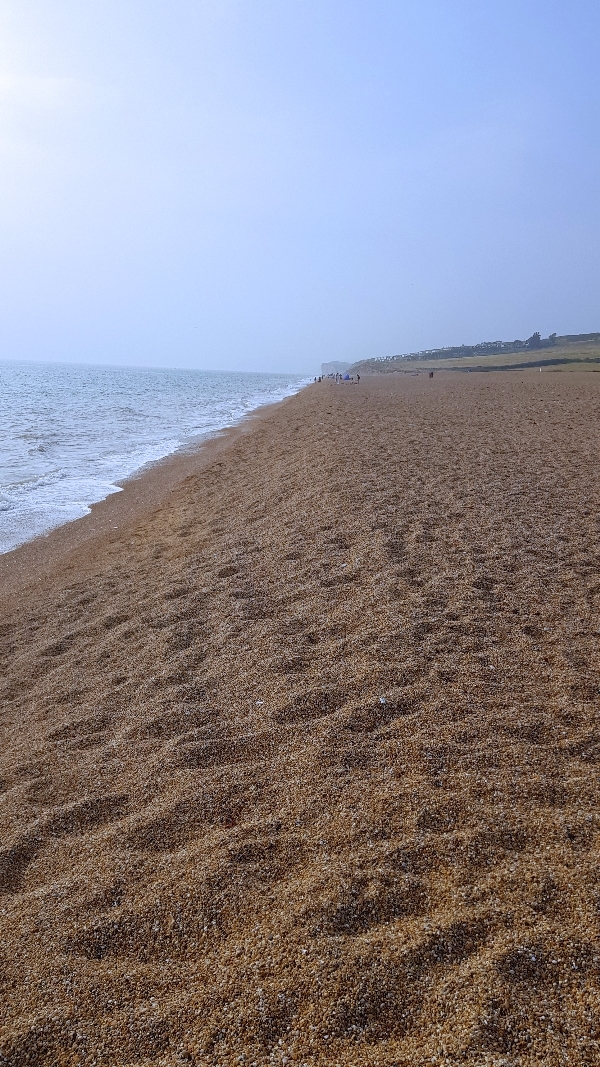 We settled down onto the pebbles and I scanned the sea for passing migrants, none appeared. I saw many herring Gulls a few G BB Gulls and the odd Gannet.

Cogden is a beautiful place and brilliant for birds and butterflies, the sloping hillside above the beach is covered in unimproved meadows, dense scrub and mature hedges, it is ideal for migrant bird and a host of butterflies. 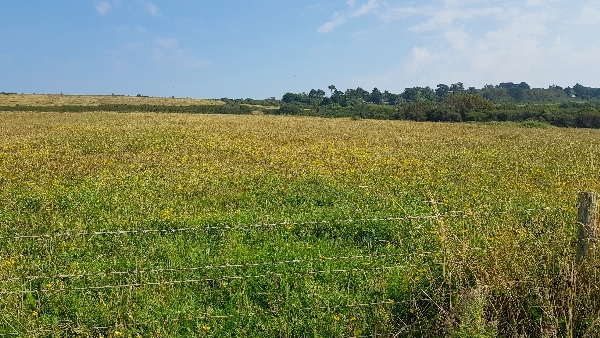 flower meadows above the beach

After a while I went for my usual walk along the track behind the beach towards West Bexington, I went as far as the Mere (which was virtually dry). I counted 5 Wheatears and two Whinchats during the first part of the walk and later I added another 5 Whinchats. I also saw a few Common Whitethroats, lots of Stonechats, more Linnets and a large female Sparrowhawk. I heard a Whimbrel call when I was walking along the track but the beach area was obscured by bushes so I never got to see it. 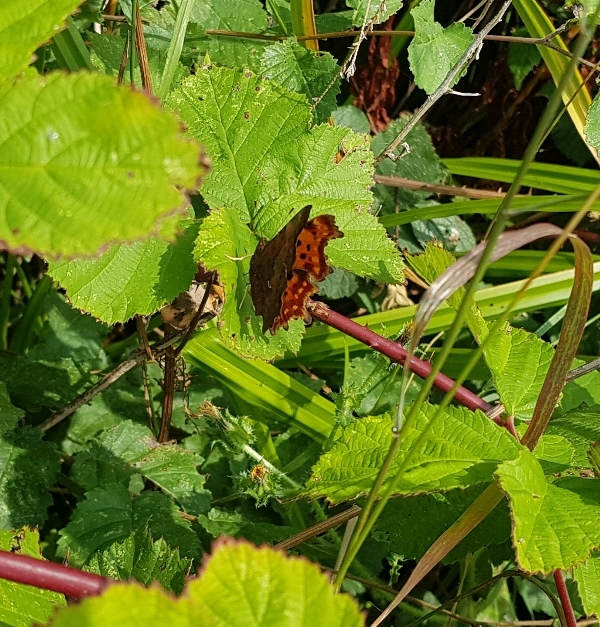 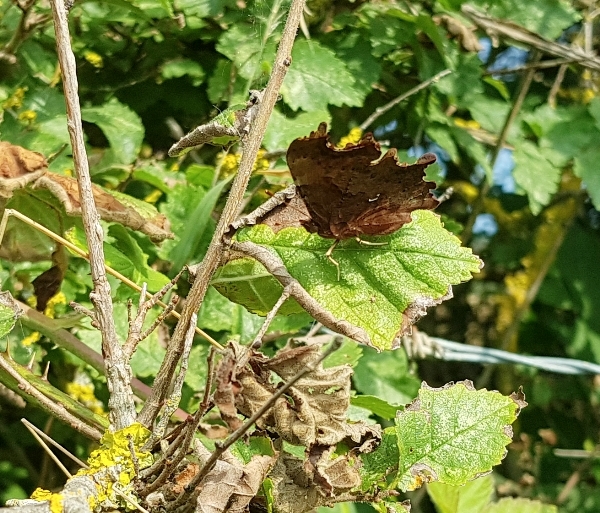 It was the butterflies that caught my attention, there was hundreds of them. Mostly  ‘Whites’ , Meadow Browns and Red Admirals, they seemed to love the Fleabane flowers, I also saw Painted lady, Small Tortoiseshells, Small Heath, Common Blue, Comma and I had two sightings of very mobile Clouded Yellows. 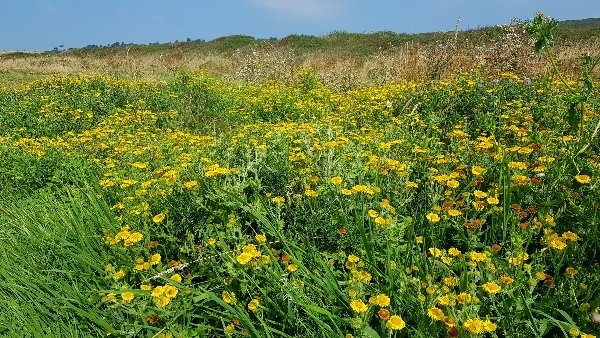 common fleabane - this small area had over 20 butterflies on it 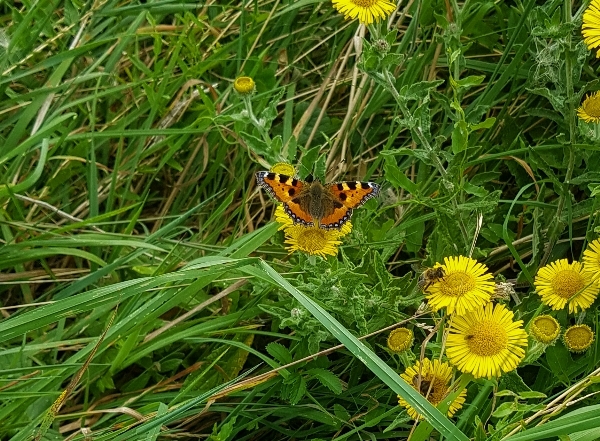 Other birds seen along the track were Chiffchaff, Dunnock, Robin, Goldfinch and not much else. I only had my binoculars with me and so I haven’t got any photographs to show you except of butterflies and scenery. A mixed flock of hirundines consisted of about 50 Barn Swallows and Sand Martins flew over me as I ended my walk, Swallows had been trickling past for most of the day heading south-east towards Portland that can be seen in the distance on a clear day (not today though). 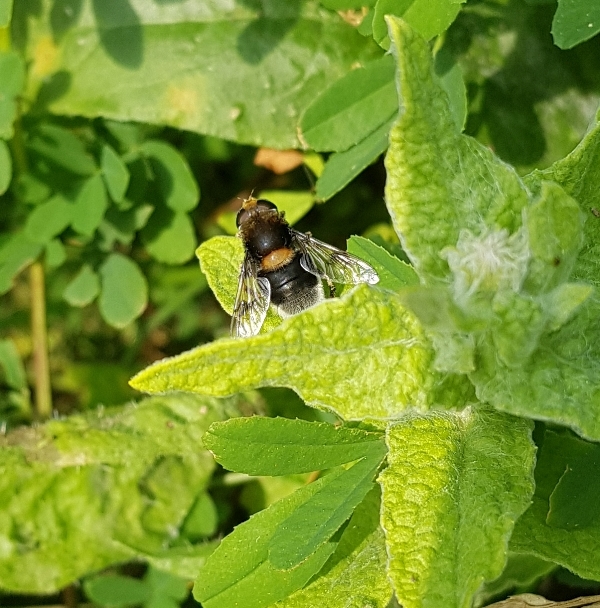 We left the beach around 4pm, it had been a lazy old day.