It was an amazing day as far the weather was concerned, a beautiful bright and clear day, Dawn and I headed to Cogden Beach for what was probably our last visit of the year. We arrived at our favourite spot at 10am, it was already 21C with a nice cooling breeze, as we walked down to the beach from the car park we saw two Northern Wheatears. 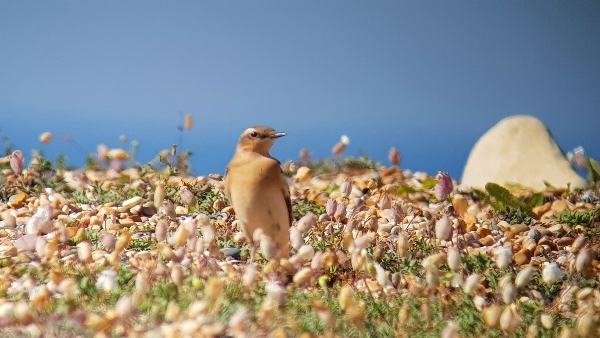 a Northern Wheatear, one of the first birds seen today

Once on the beach we settled down, I had taken my scope with me so I spent sometime looking out into Lyme Bay……I saw nothing but Black-headed and Herring Gulls, a single Cormorant and dozens of hirundines. In fact, a steady stream of Swallows with some House and Sand Martins flew past us all morning, they were all heading south eastward towards Portland.

Dawn's panoramic picture of the beach where we sat 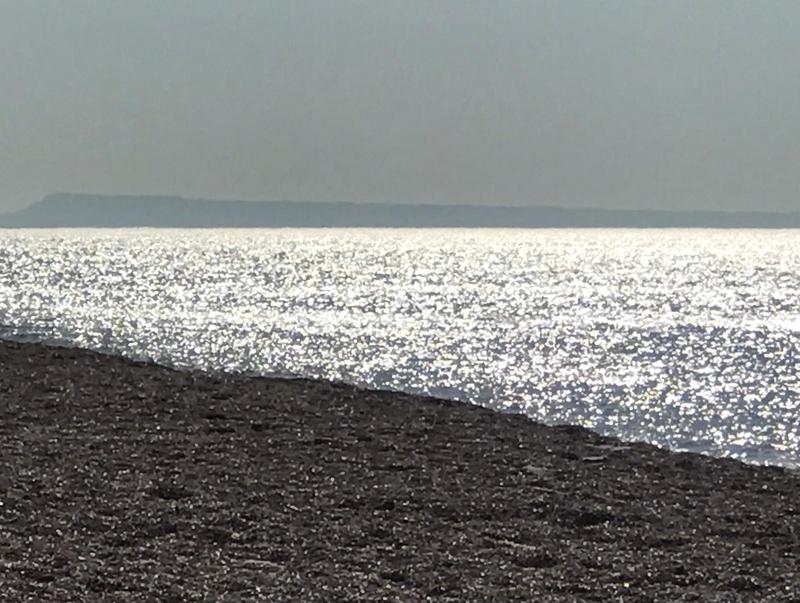 Soon I was bored of sea-watching so I went for my usual walk along the track behind the beach towards West Bexington. I saw two more Northern Wheatears and a small flock of Linnets. In the fields behind the beach I picked out a few Whinchats (5) and Stonechats (3) and not much else. The breeze had picked up somewhat and made it difficult to keep my bins and scope still. 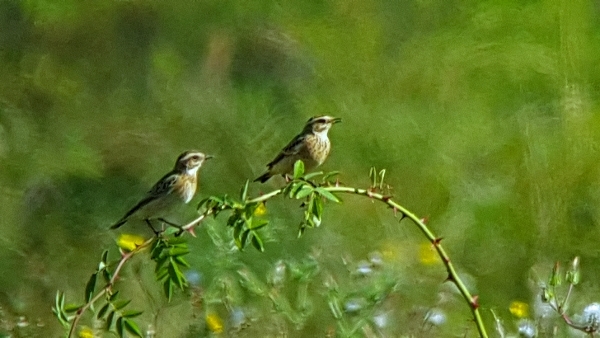 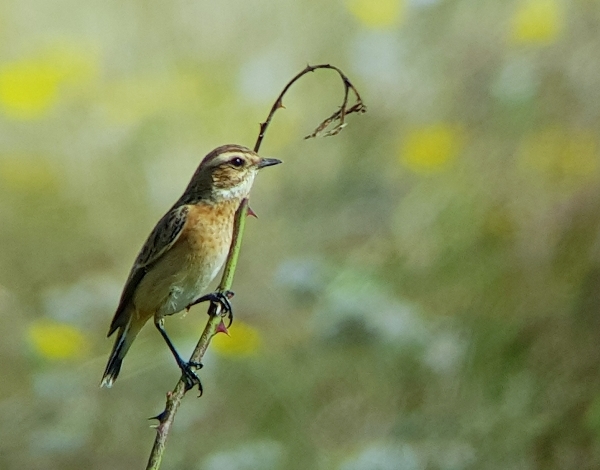 and a much closer one 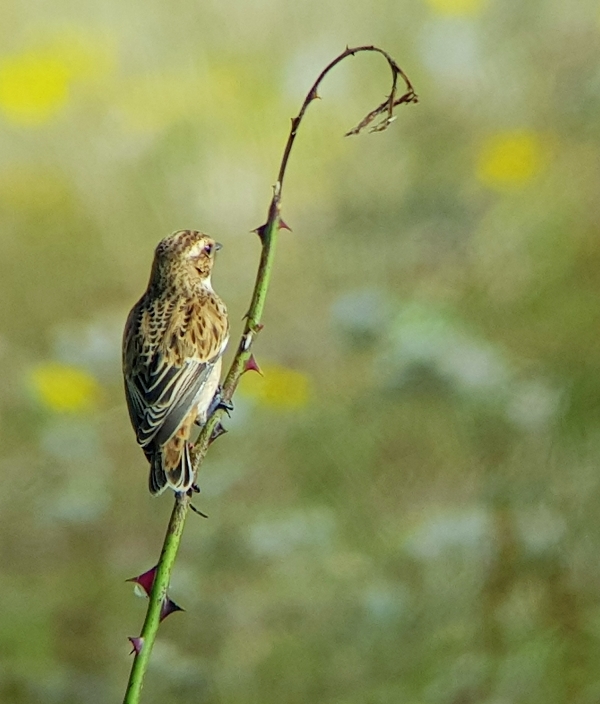 this one caught a moth

A few butterflies appeared, the usual bunch of Small Whites, Meadow Browns, Common Blues and a few Red Admirals and the odd Painted Lady. On the return trip back to where Dawn was sitting I decided to walk along the pebble bank. I saw two more Northern Wheatears and a few more Linnets. Then I found a Clouded Yellow Butterfly which despite the strong wind was feeding on dandelions growing in the pebbles. I managed to get a few shot and a short film of it. 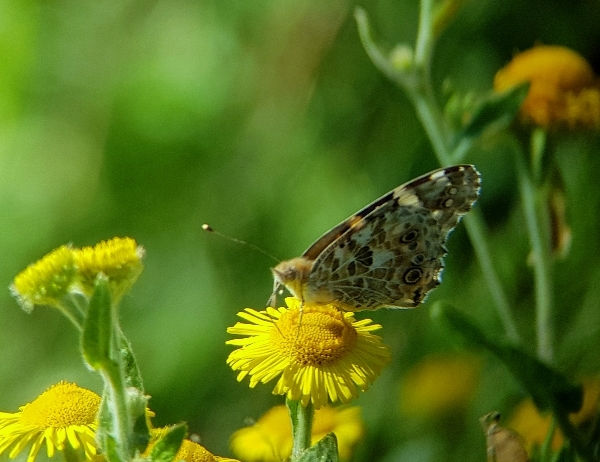 the underwing of a Painted Lady is stunning

Clouded Yellow, they always settle with their wings closed together 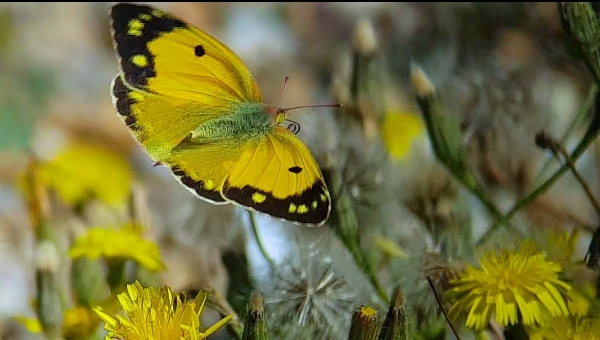 but.......if you take a still from a short video you can see how beautiful their upperwings are

The wind eventually drove us off the beach, we left at 2:30pm and drove home. After cutting the lawn and my neighbour’s lawn (she hasn’t got a mower) I dropped onto the couch about 6pm.

Nigel Bleaken went to Slimbridge today to look for BLUETHROAT that was found there yesterday, luckily for him he missed it (the bird only showed once at 8:20am). However, he did grip me off with a sighting of a Spotted Redshank, here are a couple of his pictures. 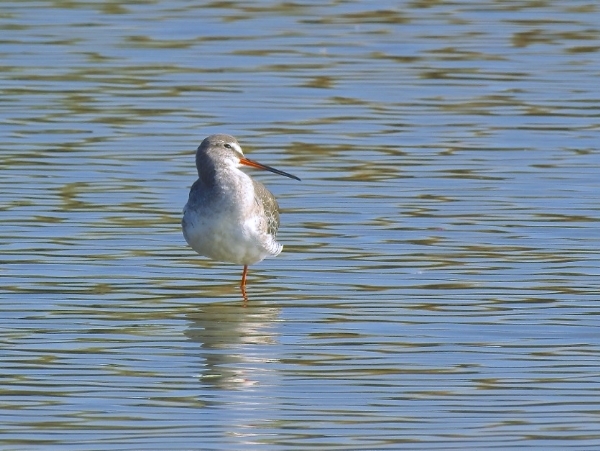 Spotted Redshank in winter plumage....taken by Nigel today at Slimbridge 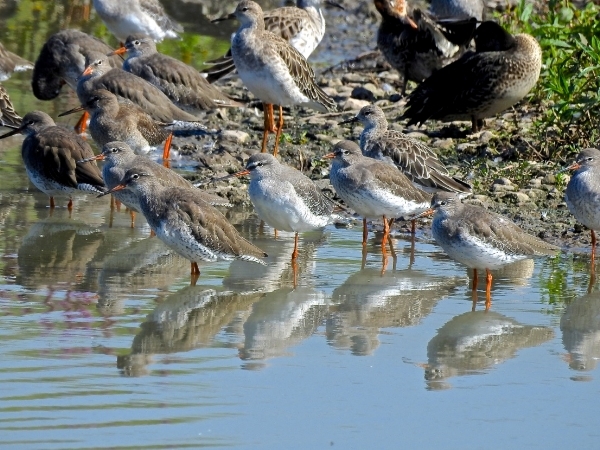 I love this shot by Nigel, it shows both Spotted and Common Redshanks side by side with two or three Ruff thrown in.

A GREAT KNOT turned up in Bulgaria yesterday on the Black Sea Coast. My good friend and guide, Dancho, went to see it today, he sent these two pictures of it. This Great Knot represents a first for Bulgaria, what a smashing bird. 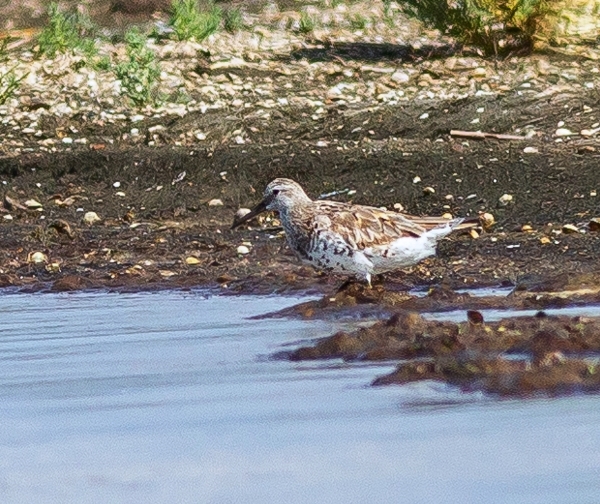 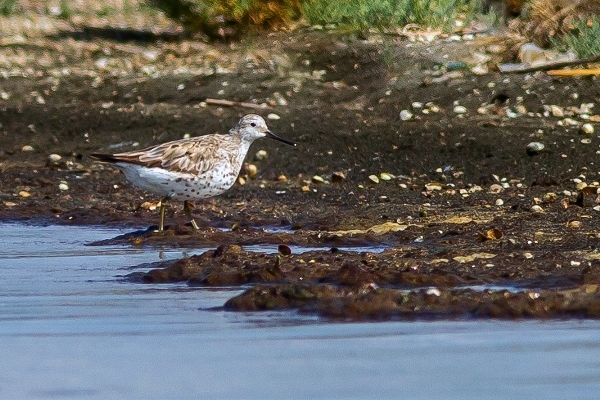 Great shots of GREAT KNOT by Dancho Hristov, taken at Pomorie north of Burgas on the Black Sea coast. Some of you know Dancho, he guides us in Bulgaria, including Pomorie every year. Dancho is now the father of a beautiful little boy, Boyannis, born 18th June 2021.