WEATHER: Clear to start with, then cloudy some rain and a brisk breeze. Top temp 23C

I was keen to go sea-watching today, so armed with telescope and my birding pal and butterfly whisperer Guy, we set off to Portland at 6:30am. We parked the car at the Old Lighthouse which is now the Bird Observatory. Before we set off to the point we had a quick cuppa whilst consulting with the warden, Martin Cade, to find what migrants were about. ‘Very few’ was the reply. 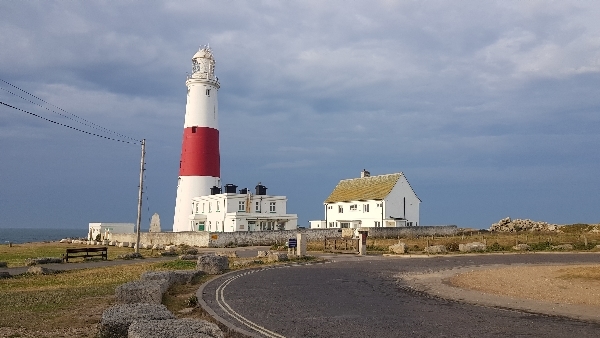 Portland Bill Lighthouse with a nasty looking sky in the background

We then walked down to the Main Lighthouse, called Portland Bill, many Northern Wheatears were dotted about, we saw six on the car park of the Pulpit Arms and several more on the ‘common’. As we walked past the Obs Quarry we saw the resident Little Owl sitting in his favourite place. 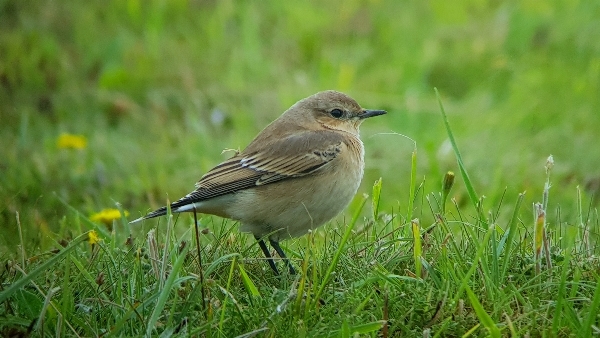 the most common migrant we saw today - Northern Wheatear

At the Bill we watched a couple of Rock Pipits taking a bath in a puddle before we settled down in the rocks at the point below the Obelisk. We could see that a storm was brewing out to the south west, the cloud cover came over not long afterwards. 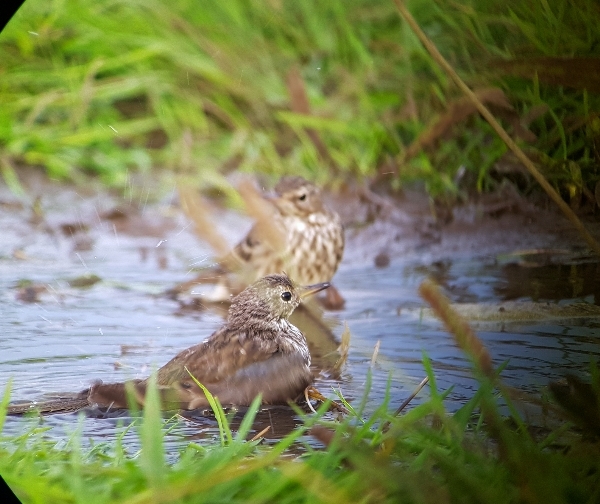 It was very quiet out at sea, an easterly wind blew from our left side as we nestled behind the rocks for shelter, we had high hopes of seeing Shearwaters and Skuas.

Disappointment was an understatement, we saw very little during the first 45 minutes, Northern Gannets, Kittiwakes, singles of Fulmar, Guillemot, Shag and several Cormorants. The usual gulls were out there too, Black-headed, Great BB, Herring and an immature Yellow-legged Gull was called out by the local gull expert, Keith Pritchard. Just before we left I picked up four Manx Shearwaters heading eastward, Guy didn’t get onto them. 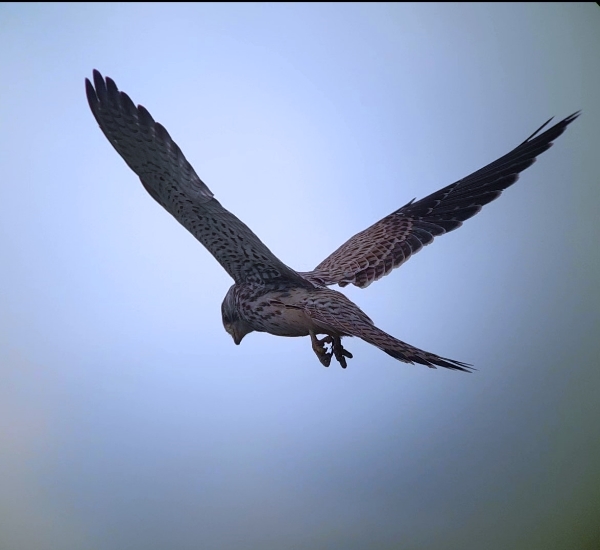 Next we made a quick search around the surrounding rocks for a Wryneck which had been seen over the last couple of days, we drew a blank but saw even more Northern Wheatears. During our walk back to the Obs we saw flocks of Linnets, Meadow Pipits, some Ravens, a flyover Yellow Wagtail and a couple of Kestrels.

From the Observatory we walked along the tracks to look over the top fields, a short rain shower joined us along the first part of the route. Once again we were disappointed, we saw a few Stonechats, a Common Buzzard and not much else. The lower fields to the east of the Obs held quite a few more Wheatears, Meadow Pipits and Linnets. 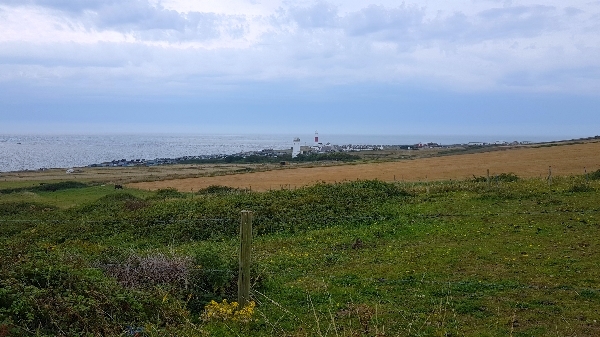 We then heard of a second Wryneck being found near the Pulpit Arms so we decided to walk across to have a look for it. A few people were looking for it but it never showed whilst we were there, a Common Whitethroat showed briefly.

We ate our lunch on the terrace at the Observatory noting a Sparrowhawk, a Chiffchaff and a few Goldfinches. I had to be home by 2pm so we decided to make a visit to Ferrybridge before we set off for home. 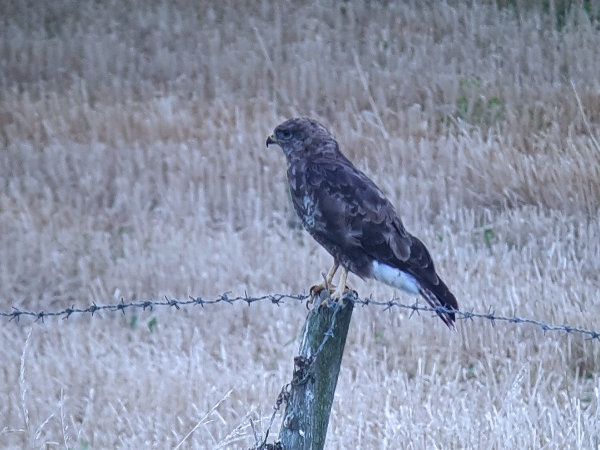 It was raining at Ferrybridge when we got there and the tide was now low. Sheltering from the rain under the eaves of the visitor’s centre we ‘scoped the mudflats. Hundreds of birds were out there, mostly they were Ringed Plover and Dunlin, but we did also see 3 Sanderling, 3 Bar-tailed Godwits, 2 Ruddy Turnstones and a bunch of Oystercatchers were in the distance. A few Mediterranean Gulls sat on the mud with Black-headed Gulls and Herring Gulls. 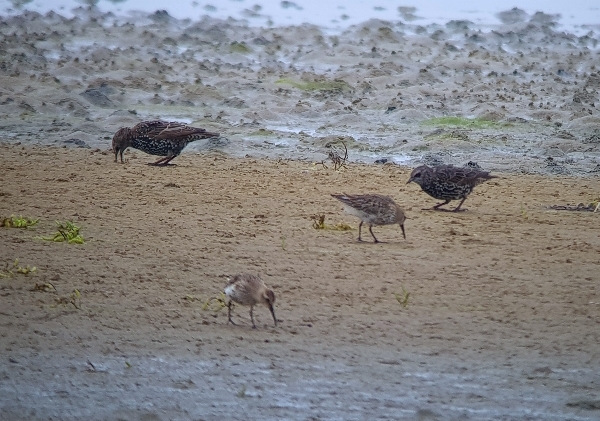 Starlings and Dunlins at Ferrybridge 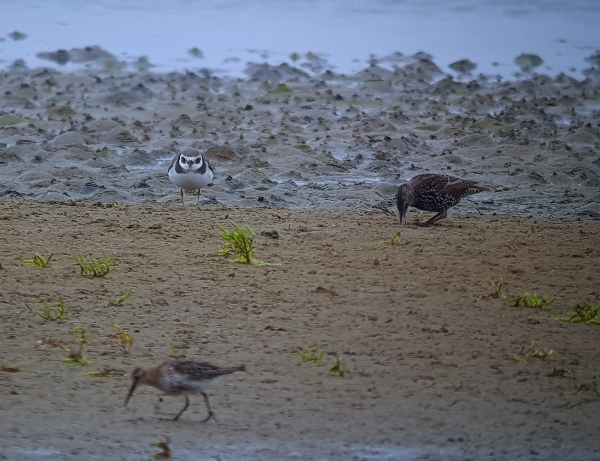 Ringed Plover with Dunlin and Starling

We got back to Stoford around 2pm so ended a disappointing visit to Portland. Luckily for me Guy slept all the way home so I had a peaceful drive back!!

Over the last 10 days there have been over 100 sightings of Wrynecks in the UK, considering that they rarely breed in the UK this is amazing. usually there are around 20 bids seen each autumn and fewer in the spring.

Richard Pettett and Linda Williams visited Dungeness RSPB nature reserve in Kent recently, they searchd for and found a Wryneck. Here are three pictures taken by Richard of the bird. 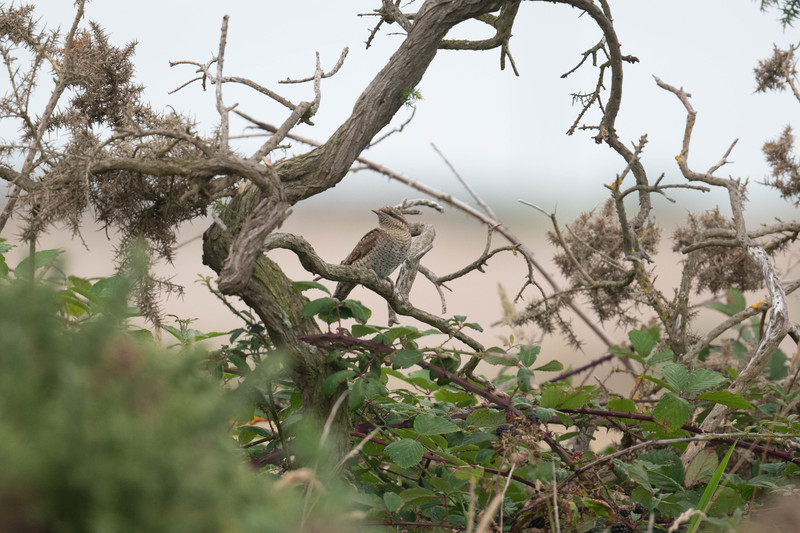 Wyrneck taken by Richard Pettett the beautiful camouflaged-plumage helps the bird to blend in with its woodland environment. 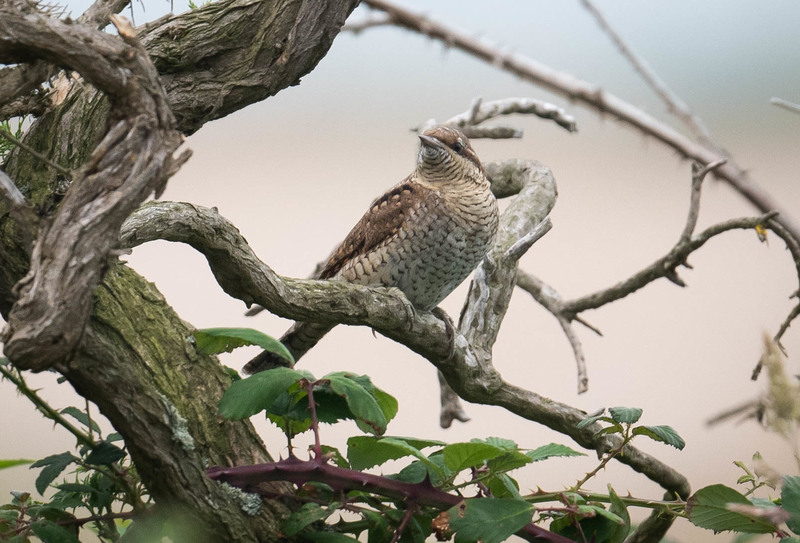 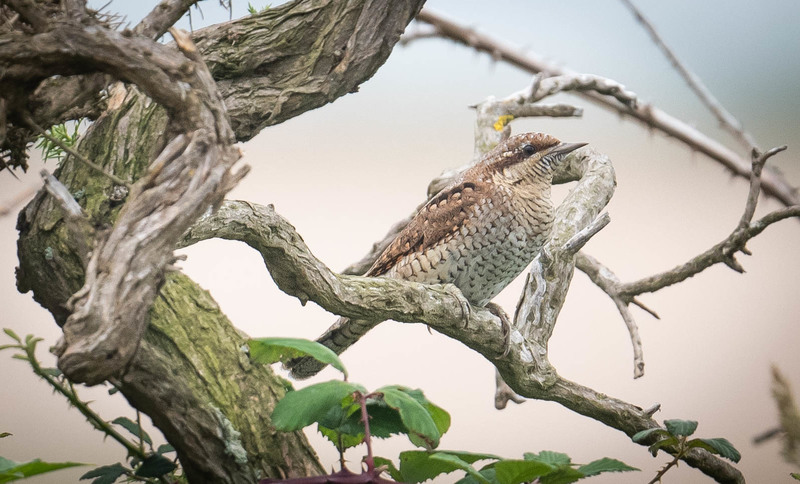