WEATHER; bright to start then dull; and overcast with some drizzling rain and a brisk breeze. Temp 14C

In preparation for my forthcoming trip to the Isles of Scilly I travelled down to Hayle n Cornwall to reacquaint myself with the area. The day did not run smootly but it ended well.

I had an appointment for a flu vaccination at 8:05 this morning, so I got up early with Dawn and we drove down to the surgery with plenty of time to spare, the surgery was shut!! It didn’t open until 8:30am my train was to Cornwall was 8:39am. I rang the doorbell and found out that I was at the wrong place!! Doh!! We quickly drove around to the correct place arriving at 8:03 only to find a very long queue ahead of me, so I missed my vaccination and opted for the train. 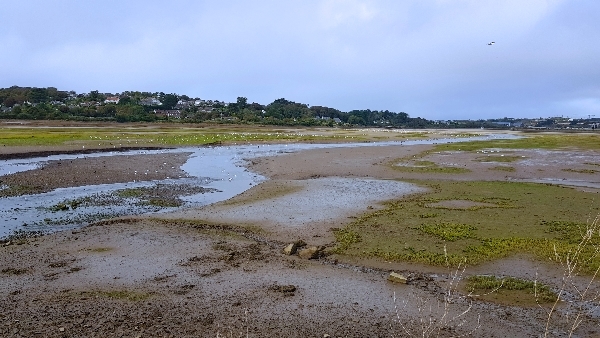 Once on the train I relaxed, only to find later that train I had chosen did not stop at Hayle, so I had to carry onto Penzance and then take another train back towards home to Hayle, I eventually got there at 13:26.

From then on everything went swimmingly, Mary  picked me up at the station and we drove round to Mary and Brian’s house a few minutes away. Mary and Brian are a lovely couple I have known them for many years, Brian used to be a birder but takes just a fleeting interest in it now, they both have been on several of my tours in years gone by. 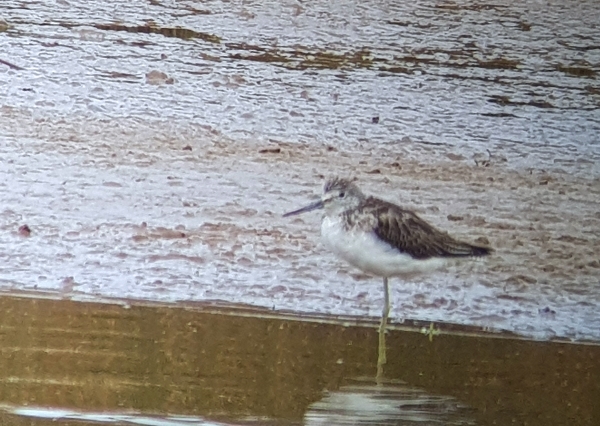 Greenshank, one of the few waders seen on Ryan's Field

After settling in, Brian took me to RSPB Ryan’s Field and joined me for a little while in the open fronted hide. The tide was low in the Estuary across the road so not many birds were present on Ryan's Field. I found 5 species of wader but only singles of most of them. Ruff, Bar-tailed Godwit, Greenshank, Redshank (with a broken wing) and about 8 Curlews. Other birds present included both Canada and Greylag Geese, a white goose of unknown origin, a Grey Heron and a Shelduck. 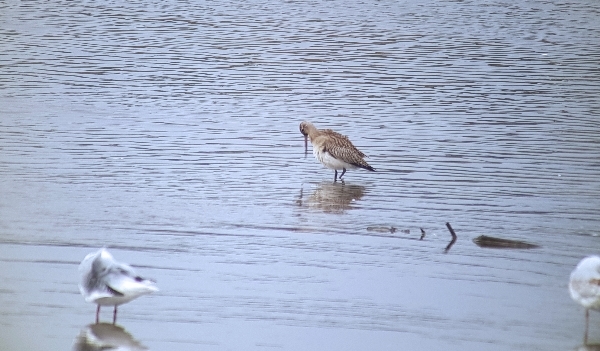 Most of the smaller birds erupted into a swirling mass when a Peregrine Falcon flew over, the falcon circled above us but did not attempt to catch dinner. 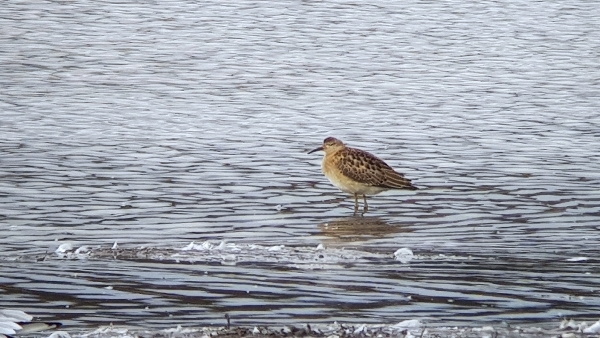 I walked across the road to view the Hayle Estuary, it was covered in birds as far as the eye could see. Hundreds of Gulls, Geese, ducks and waders were joined by Cormorants, Herons and Little Egrets. I added Oystercatcher and Dunlin to te wader list and Teal, Wigeon (both in their hundreds) to the day list. 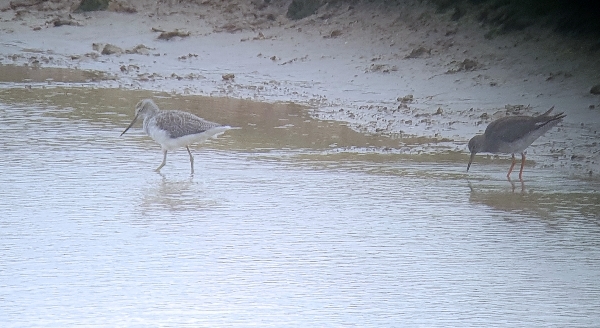 I then met Craig and Shay, they were down on holiday for a week, we had talked on the phone earlier and arranged to meet up, Craig is an excellent birder and has been on a couple of my tours, I had never met Shay before but had seen her picture on Craig’s Facebook postings many times. We birded together for a little while before they shot off to get ready for a night out, I walked into Hayle to view the usually productive Pool at Carnsew. 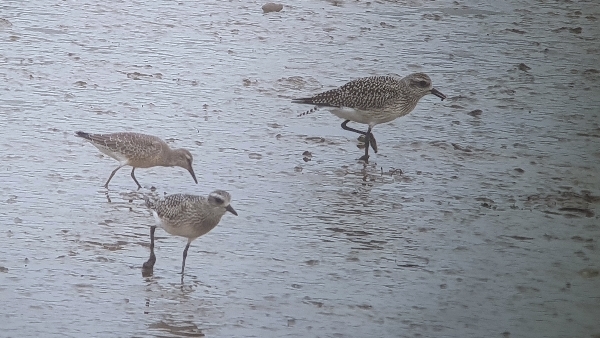 a Knot with two Grey Plovers

On this day one year ago I was at Carnsew Pool in this very spot with Nigel Bleaken, I remember driving down in torrential rain for a day trip, thinking how mad we were to do so! Last year we saw Baird’s Sandpiper and searched for a Semi-palmated Sandpiper along the shores of the Carnsew Pool. 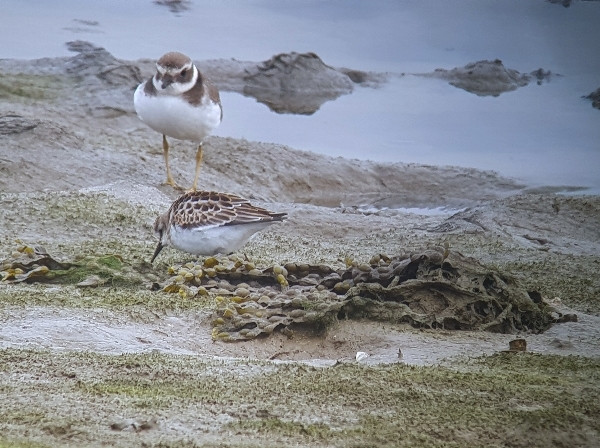 By the time that I got to the pool the sky had grown quite dull and it had started to drizzle, you know that kind of light rain that gets you very wet. Nevertheless, I continued to walk around the pool and got my just desserts!! I found six Grey Plover with a Knot in tow, also there was a couple of dozen Dunlin with my main target species the Little Stint with them. I also saw a few Ringed Plover. That took my wader tally to 10. I also saw three Little Grebe and hundreds of Gulls. 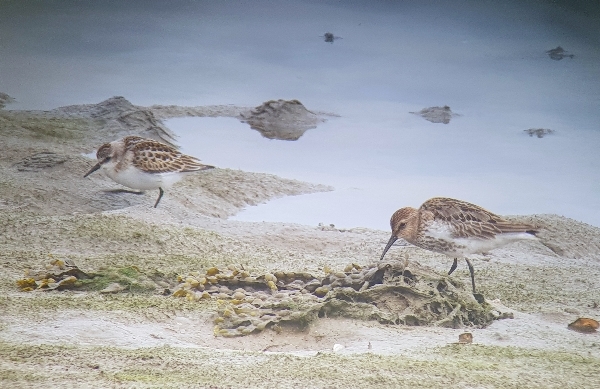 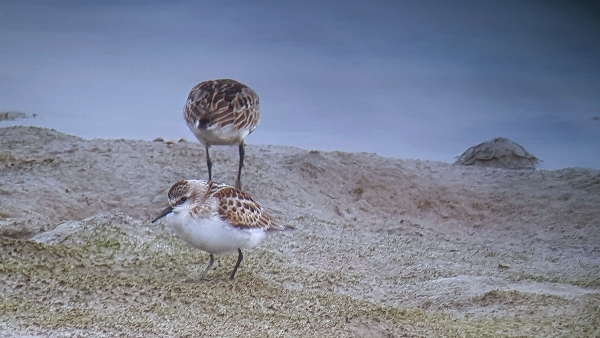 The rain finally drove me off and I walked back to Brian and Mary’s House where I was served a lovely roast chicken dinner, how nice was that?