A little note from Saturday:-  Dawn and I went to the beach at Cogden for the day, it was quite windy down there and we had a few problems with a huge amount of tiny black flies. We stayed from 10am until 3pm, a couple of walks produced Common Stonechat, Linnet, Goldfinch and Common Whitethroat and a few butterflies. I saw Clouded Yellow, Brown Argus, Common Blue, Meadow Brown, Gatekeeper, Brimstone, Large  & Small Whites and Small Heath. 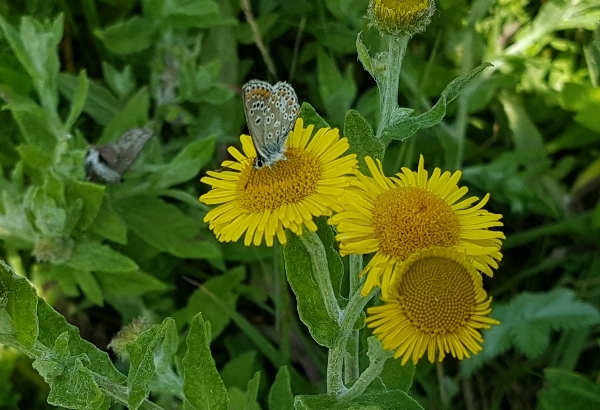 WEATHER: All day sunshine with some hazy clouds and a chilly breeze. Top temp 30C

I needed my monthly ‘wader’ fix and so I took the opportunity to visit Ferrybridge and Portland this morning. It was a bright sunny start but it was a little chilly in the shade with the cold breeze. I set off at 6:30pm and some 40  minutes later I was enjoying watching some waders on the mudflats at Ferrybridge. 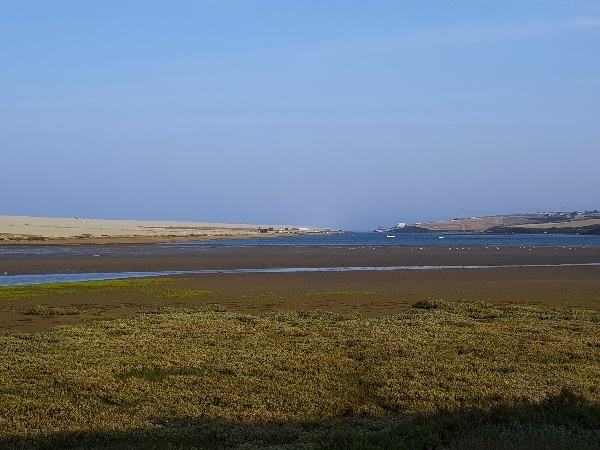 It was a rising tide but, as always, it is a very slow tidal flood at Ferrybridge and the birds were distant during my 30 minute stay there. Black-headed and Mediterranean Gulls littered the mudflats and as I scanned through the gulls I found two Sandwich Terns and about 6 Little Terns (most of the latter were sitting on buoys in the water). 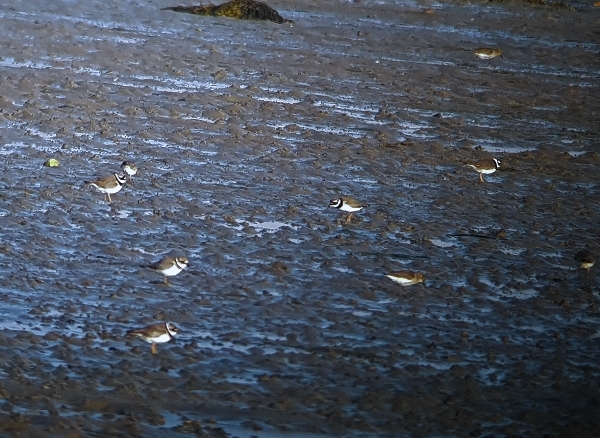 Further along the mud a large number of small waders could be seen, I counted 71 Ringed Plover and 35 Dunlin, with a single Sanderling and two Oystercatchers were further afield. Other than that a few of the larger Gulls sat out in the water or on sandy banks, I saw Herring, LBB & GBB Gulls and a couple of Cormorants. 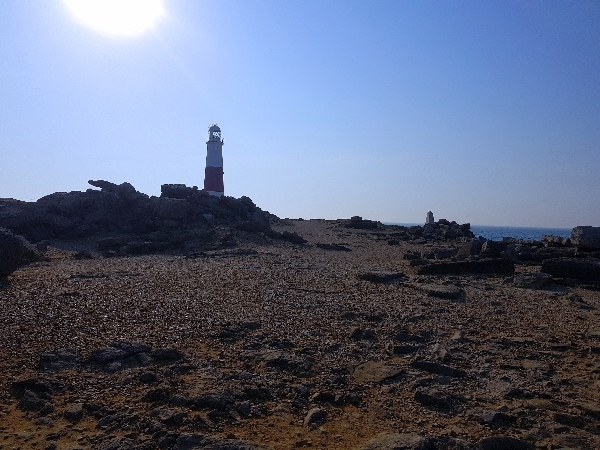 As time was short I left Ferrybridge after just 30 minutes and drove directly to Portland Bill at the southern tip of the ‘Isle’ of Portland. It was a little warmer there but the chilly breeze continued to keep things fairly cold in the shade. I quickly found 3 Northern Wheatears around the rocky area near the Bill and a Rock Pipit on the rocks at the shoreline. 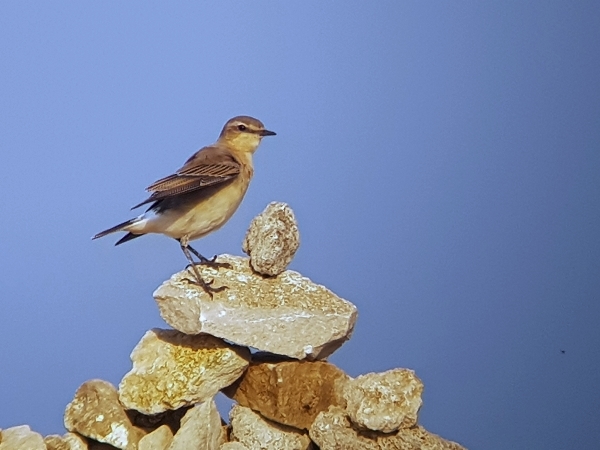 I spent another 30  minutes looking out to sea and was very disappointed not to see more than a few Gannets and the common larger gulls. Not a single Fulmar, Guillemot, Razorbill, Scoter, Shearwater, Skua, Puffin or Kittiwake was out there. Back at the car I did find a Meadow Pipit on the grass verge. I left Portland and drove back to Ferrybridge, I parked at the northern side of the harbour near the derelict Ferrybridge Pub because I had seen a lager flock of Starlings land on the roof of the pub. 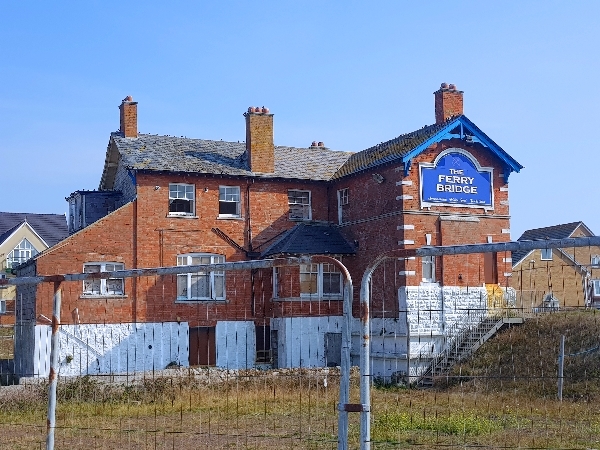 The derelict 'pub' with some stralings on the roof. The 5 year Planning permission for the development of  this site into flats has just run out! Who knows what will happen now.

Yesterday there was a number of sightings of a Rose Coloured Starling at Ferrybridge and I was hopeful of finding it in the huge flock around the pub. I estimated that the flock was 200 strong but not one of them had any ‘pink’ colouring whatsoever. More Starlings dropped in and others left, there was a constant changeover of personnel but I never found the Rose Coloured individual.

So, I departed for home and arrive back at 10:30, I had seen an extra 11 species for my August List which now stands at 88. The rest of the day was spent at home or in the garden, I saw a few more species in the meadow and at the feeders. The Common Buzzard juveniles are still calling all day long, the Red-legged Partridges are still in the meadow and I listed Blue, Great and Coal Tits at the feeder with Robin, Wren, blackbird, Chaffinch and Goldfinch in the garden.