WEATHER: two days of very still and calm weather, with lovely sunrises and blue sky to start. Chilly on both mornings.

The sunshine and still mornings have encouraged birds to burst into song, a dozen Robins have been singing on my patch and at least 3 Chiffchaffs. I have also heard Wren and some sub-songs from Blackcaps. 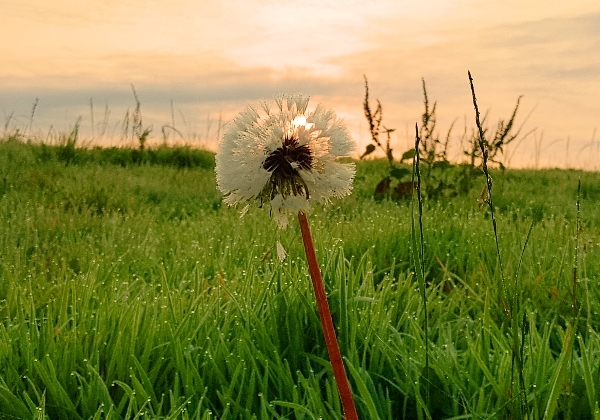 sunrise taken from one of the southern meadows today

If I named the top 20 most common bird sightings during the last month on my patch it would be these: 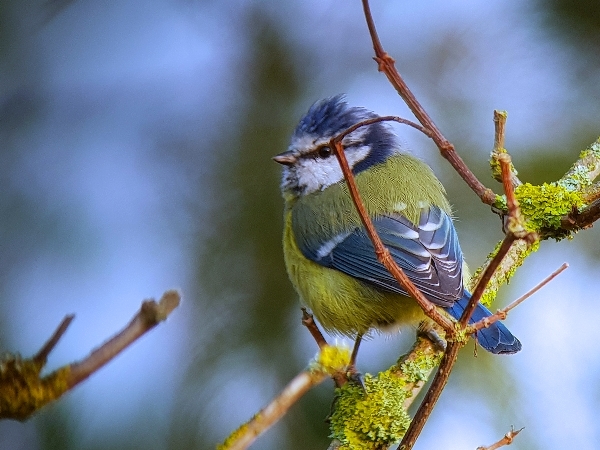 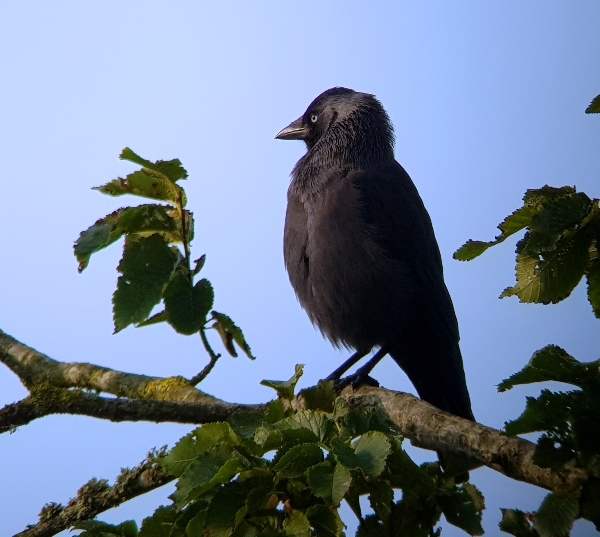 These lists just show how good the birding can be just walking a couple of miles in the British countryside.

For the past two mornings I have walked simialr routes, taking the track along the stream to the south and walking around two large meadows that rise up towards Clifton Maybank. I have concentrated my birding efforts on the berry-wielding bushes, there is such an abundance of fruit this year. I have watched Blackbirds, Robins and Blackcaps taking blackberries and elderberries in the hope of catching a glimpse of Garden Warbler or even a flycatcher or two. 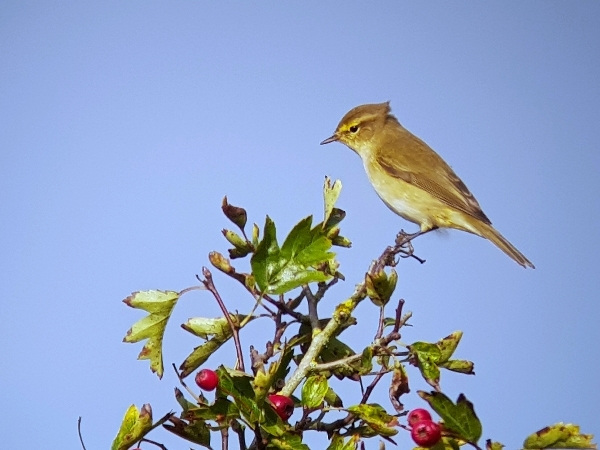 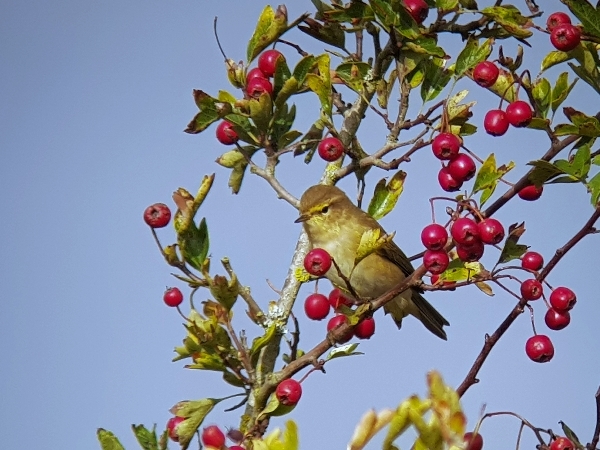 The warm morning sunshine has certainly delivered some excellent conditions for birding but perhaps not for migrant birds to drop in for shelter and rest. Vast numbers of Swallows and House Martins flew past yesterday and very few were seen today. 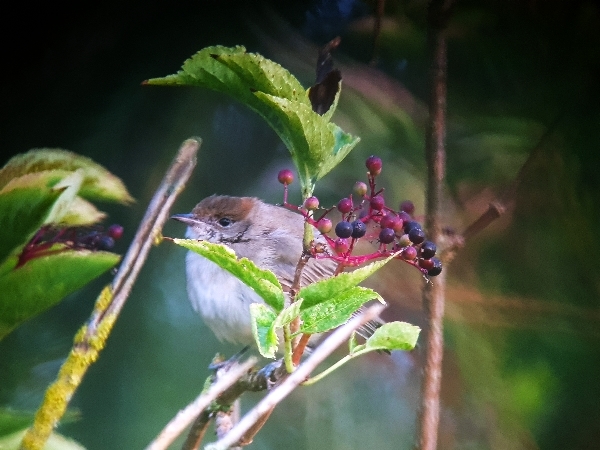 On both days I ended up walking northward into the valley proper and as it was much quieter today I spent more time looking at insects than birds. I watched Field Digger Wasps hunting flies on the dry track, these solitary wasps sting a fly and carry it off to its burrow where it lays an egg on the body of the fly and later the wasp-grub emerges to a full larder, how nice, rotting fly for breakfast! 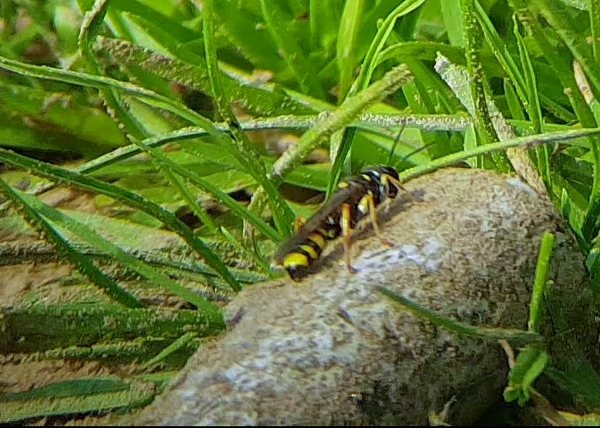 I saw this Field Digger Wasp catch a Green Bottle Fly but was too slow to catch it on film.

From my usual lookout place on the slope of Rook's Hill I saw the Common Kestrel once again, this bird is a visitor and has been here for about two weeks, I aslo saw 3 Ravens and a Sparrowhawk from the top of Rook's Hill. a pair of Jays were in the dead tree which stands beside the river Yeo at the back of the Hill.
On the way out of the Valley this morning I decided to try to sneak up on the Common Kingfisher, I know where he sits each morning so I thought I would give it a try. I took my scope off my shoulder before I got the bend on the stream and I hid behind a bush. I looked and there he was sitting in the sunshine and what's more he had his back to me, whoopee! So, using my best stealthy technique and a silent approach I lowered the scope to the ground and brought out my phone in readiness for a classic picture.
Then, all of a sudden something spooked the sheep in the field behind me, the Kingfisher shot off and two Grey Wagtails flew up from the stream over my head and I missed my shot.
Nevertheless, I knew where the Kingfisher usually perches once disturbed from his favourite spot, so off I went again. This time he wasn't there but a Grey Heron was, so I tried my stealthy, sneaking-up technique once again. Ooops! off he went before the scope touched the ground, Doh!!
That ended my birding for the day, I had been out for 3 hours and thought it was only about an hour, how time flies........