WEATHER: drab, wet and windy for most of the day. After 3pm the sky cleared and we had sunny spells, a cold wind persisted . Temp 8C

It was raining when we got up at 7am and it was still raining at lunchtime, I watched the garden birds from time to time and listed a few nice species on my lawn. A succession of scavengers searched the grass for morsels of food, Carrion Crow, Magpie, Jackdaw and Wood Pigeon were followed by Phez the Pheasant, Chaffinch, Blackbird and a Robin.

By 2pm it was drying out and the sky started to clear, I went out at 3pm and walked to the stream, I followed it into Yeo Valley but I didn’t see much at all, a couple of Ravens flew along the slope of Rook’s Hill and a Green Woodpecker called from down in the valley. I turned around just past the derelict farm buildings and decided to seek out the shelter in the woods along the stream to the south of the railway line. 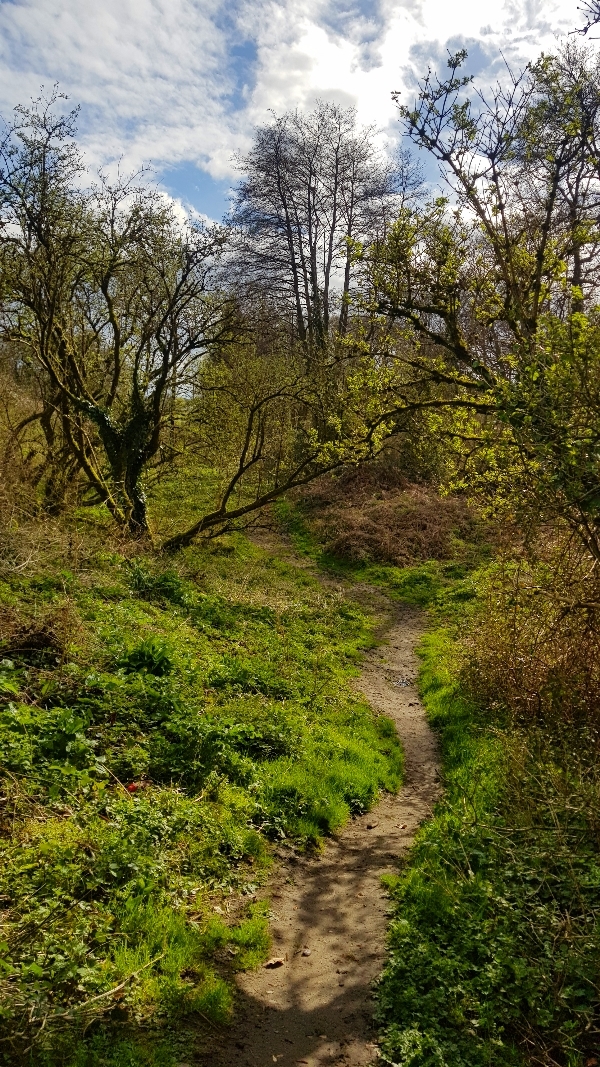 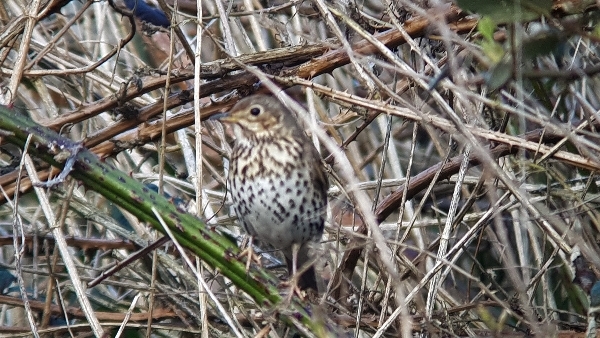 A Song Thrush sat out nicely in a bunch of brambles and further along the stream a Kingfisher dashed ahead of me, I saw where it landed and although I was looking through a lot of vegetation I managed to get off a few pictures. 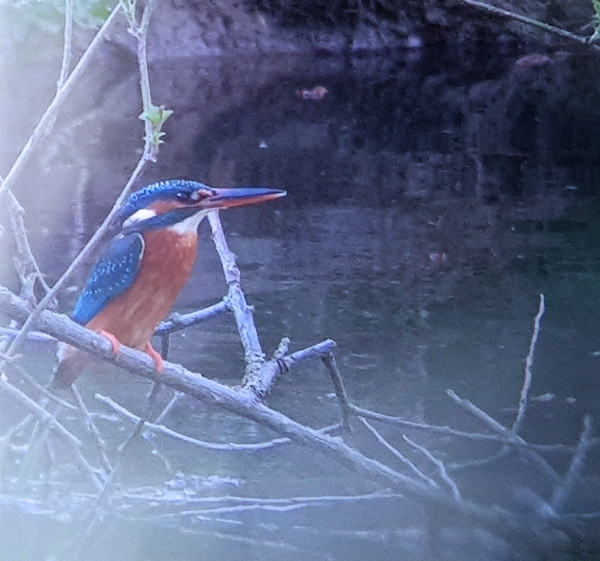 This is my first sighting of a perched Kingfisher on my patch this year!!

Not a lot else happened, I scanned the fields around Cowpool Farm hoping for a Wheatear sighting but I saw nothing.