I had a few firsts today, in fact my day started with a massive double-first!!  I got up before 6:30am, that's the first time this year and secondly, when I left the house there was a clear blue sky, not a cloud in sight, amazing. My spirits were lifted immediately as I stepped out of the door and to top that a Greenfinch was singing from the top of one of my sycamore trees. 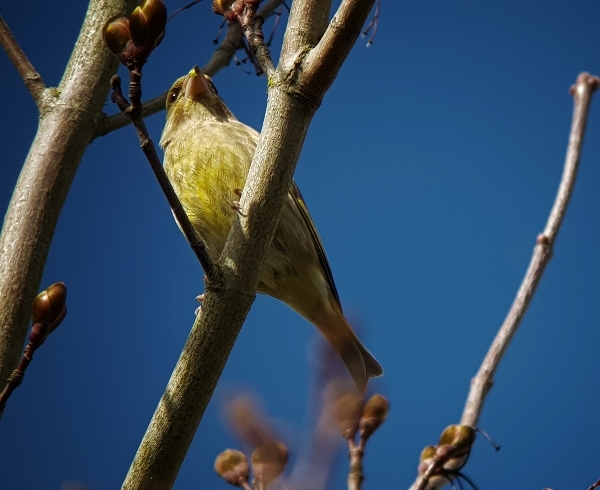 this female Greenfinch joined a singing male in my sycamore trees

After watching a pair of  Greenfinches I walked round to the lane and along to the entrance gate to the Valley, one of the first birds I saw was a Chiffchaff.  After I had stopped to watch a Great Spotted Woodpecker drumming in a large oak tree I followed my usual route along the course of the stream. 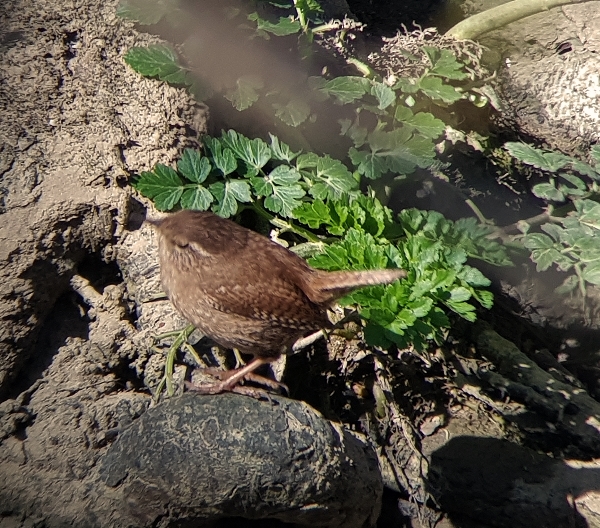 a Wren, one of over 10 were heard singing this morning

I also has a couple of sightings of Green Woodpecker which was also calling loudly, I hadn’t gone very far when I spotted a Grey Wagtail on the roof of the old barn buildings. This male was ‘strutting his stuff’ on the corrugated asbestos roof, his tailed was cocked high and his wings were dropped by his side as he walked around the roof. A female was obviously in his sight but I couldn’t see her, a few minutes later the female showed up with a mouth full of nesting material, I guess they are nesting in the same place as they did last year which is inside the building. This is a great place for them as there is no access whatsoever for people after all the doors and windows were bricked up last year. 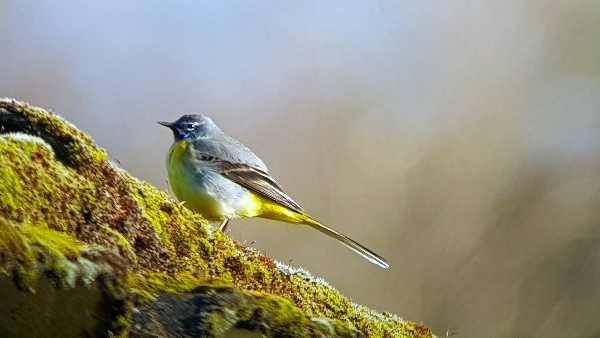 Grey Wagtail, this male just sat posing whilst his partner gathered all the nesting material!

A pair of Mandarin Ducks flew up stream as I walked downstream and moments later I saw a second pair on the water, so both pairs have returned, likewise two pairs of Mallards flew up at different times. 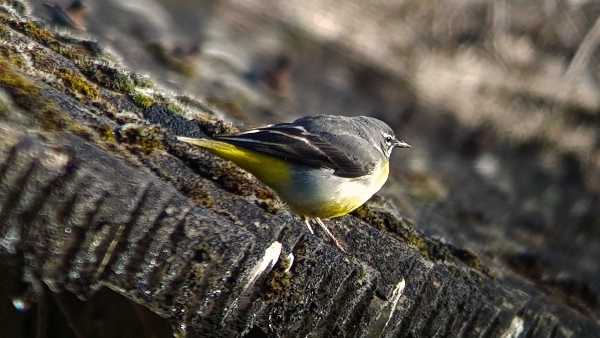 I kept my eye on the clear blue sky and whilst I watching a Common Buzzard I suddenly saw a Red Kite circling nearby!! Another first for the valley year list, both the Buzzard and the Kite circled high and drifted northwards.

Along the river Yeo I saw three more Chiffchaffs and at the back of Rooks Hill I caught up with Long-tailed Tits, but not a lot else. By now the air had warmed up and in the sheltered areas many bees and hoverflies were on the wing. I saw Dark-edged Be-fly, White-tailed Bumble Bee and a species of Miner Bee and several Hoverflies. 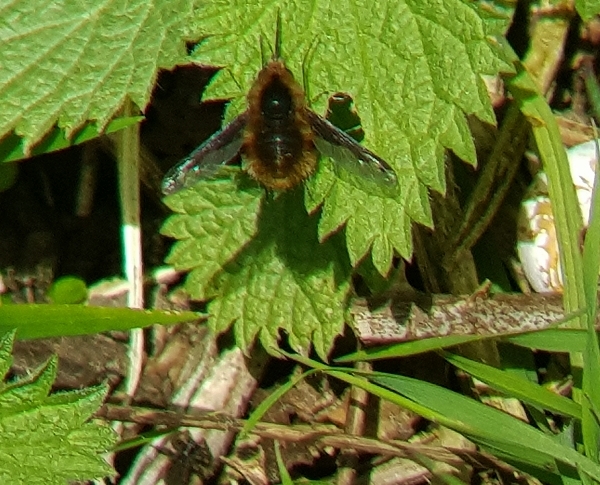 On my return to the exit gate I saw my first Peacock Butterfly of the year and I watched a pair of Treecreepers, they were checking out a few nesting sites. 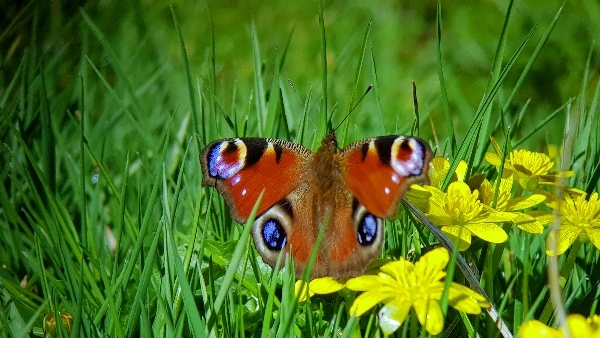 my first Peacock Butterfly of the year

Back home I had the usual procession of visitors to our lawn, Grey Squirrel, Fez, Red-legged Partridges, Wood Pigeon, Crows and Chaffinches. I have now stopped filling the feeders because the Squirrel was scoffing everything.