We spent 4 days in Kent from 10th – 13th wit not much birding done at all, it was family business. I did visit Leybourne Lakes with my granddaughters, they each had a list of 6 species to find on the lakes and within 20 minutes they found them all, plus they added a couple of extras. 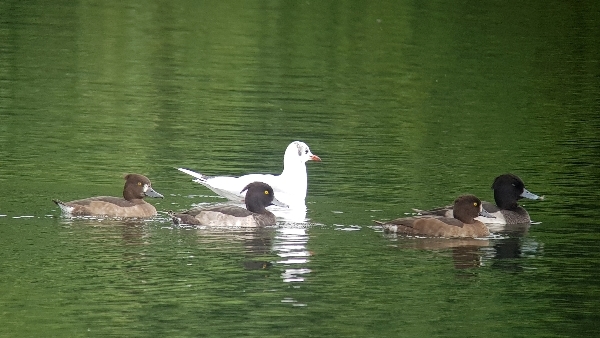 Tufted Ducks were an add-on species to my granddaughter's list

Mute Swan, Mallard, Coot, Moorhen, Grey Heron and Great Crested Grebe were the six target species, but they added Black-headed Gull, Grey Heron and Tufted Duck to their first ever bird-list. Florrie who is 8 managed to use the scope quite easily but Ava who is 5 struggled somewhat.

On the 14th , once we were back in Stoford, I had a chilled day until I got a call from Guy Campbell. He had found a Black Tern at Sutton Bingham and wanted me to see it. Hmmm!! I had a slight problem, Dawn was out with the car and in the car was my bins and my scope! So I explained this to Guy and bless him, he said he would pick me in 5 minutes and that I could use his bins. 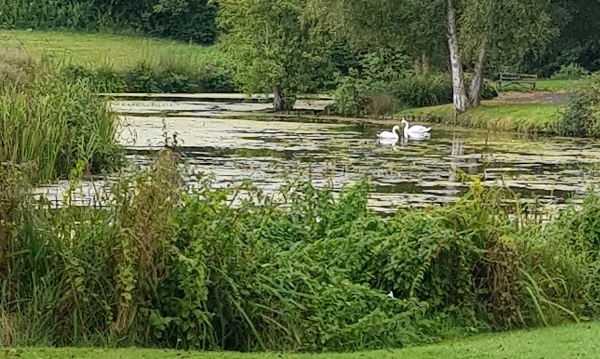 the pair of Mute Swans at Barwick Pools

Well, sure enough Guy turned up and drove like a madman to get me back to the reservoir where the bird had………………… remained, Ha, ha! You thought I was going to say………gone!!  It was a year tick for me, and a Sutton Bingham lifer, all thanks to my butterfly whisperer-mate, Guy.

Walking around the village and across to Barwick Park produced a few sightings but not much, the most notable change in the local avifauna was the re-appearance of two Mute Swans on the pool at Barwick, they had been absent for about 8 months. I have not a seen a single migrant bird in the village or around the fields of Stoford yet!! The Eurasian Nuthatch continues to use my feeders in the garden along with Long-tailed, Blue, Great and Coal Tits, Goldfinches and a Robin. A small flock of House Sparrows paid me a one off visit recently.

This morning a Pheasant jumped up onto my fence and peered into the garden, I almost fainted!! I thought I had seen the ghost of Fez, they look so alike. It couldn’t possibly be Fez, but all the same I will try to coax him into the garden and get him to feed from my hand as Fez did, watch this space!!

I spent 90 minutes at the Reservoir today, I parked on the causeway, scoped a few gulls and then I drove into the car park and walked down to the southern tip. The trees around the car park were devoid of bird life as were the hedgerows all the way down to the southern tip. On the water a good number of both Lesser BB and Great BB Gulls joined the large number of Herring and Black-headed Gulls. About 30 Great Crested Grebes and 20+ Cormorants went onto my list as well 4 Little Egrets, 2 Grey Herons, 2 Little Grebes (my first for the year at SBR) and singles of Common & Green Sandpipers and Kingfisher. 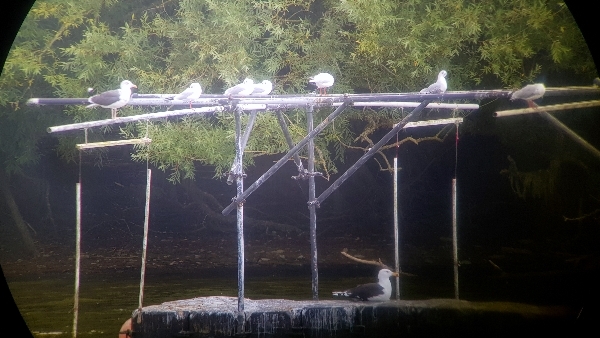 Nigel Bleaken had a beautiful female Sparrowhawk in his garden once again, he sent me this picture. 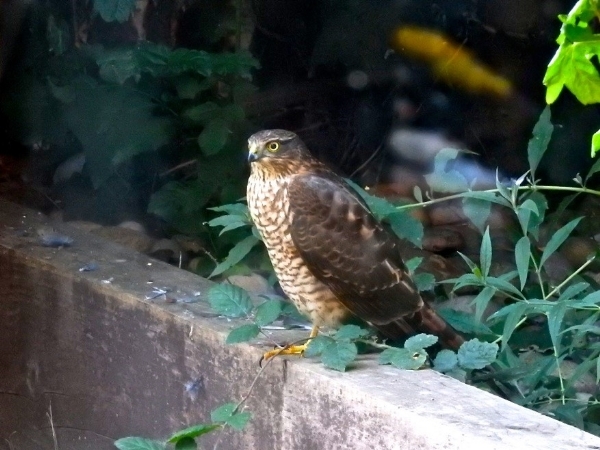 Also today - Guy Campbell went to Portland and managed to see not one, but two, Grasshopper Warblers in the hand! He took this picture and sent it to me. he also saw the Wryneck in the Obs Quarry but failed to see a Honey Buzzard. 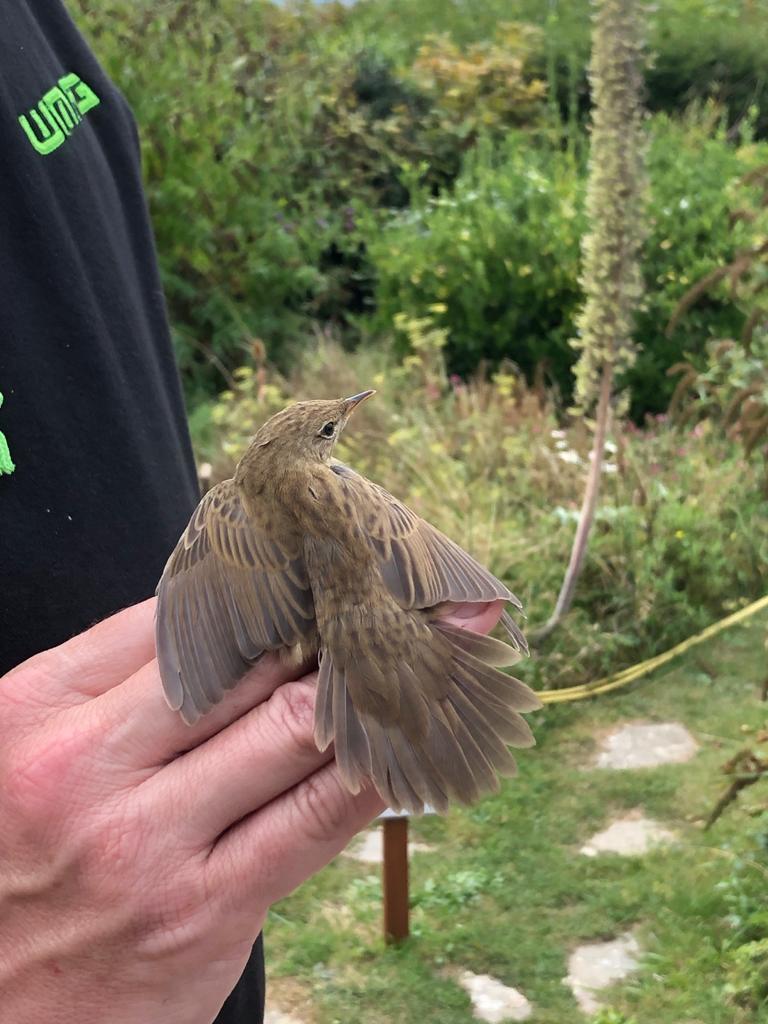 a much better picture than the one I took yesterday, of a Grasshopper Warbler, taken by Guy today (17th).

This is a picture of a Common Rosefinch which was ringed at Portland on te 14th, I assume the picture was taken by Martin Cade the warden. 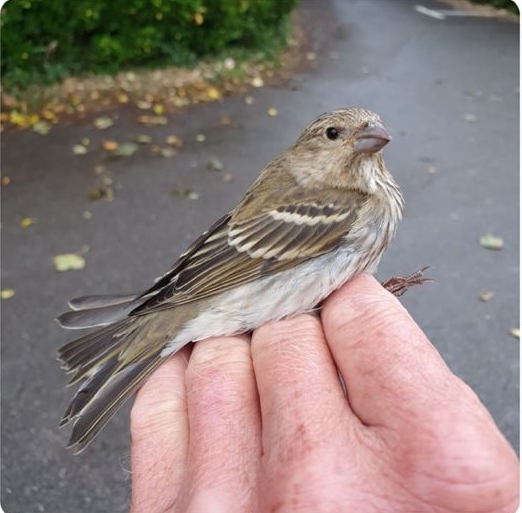