This unique 35 acre site has both dry and wet grassland and sits in the Blackmore Vale just over the border from me in Dorset. Semi-wild Shetland Ponies roam freely to graze on the reserve which in turn brings out the great variety of wildflowers that the grassland supports. Trees and scrub provide shelter in the grassland and offer superb nesting sites for birds and food for a vast number of insects. This morning was a prefect time to look for several of the very special species of butterflies that can be found there. 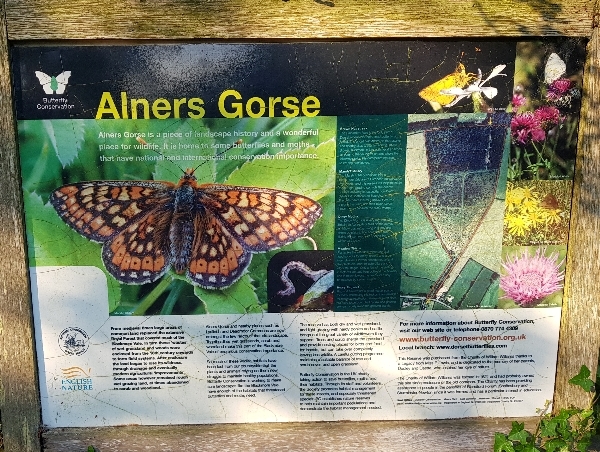 Early morning is a good time to arrive as many species of butterfly sit out in the morning sunshine to warm up before a day on the wing searching nectar from various plants. I arrived at 6:30am, the reserve is just 14 miles from my home which took 24 minutes to drive. 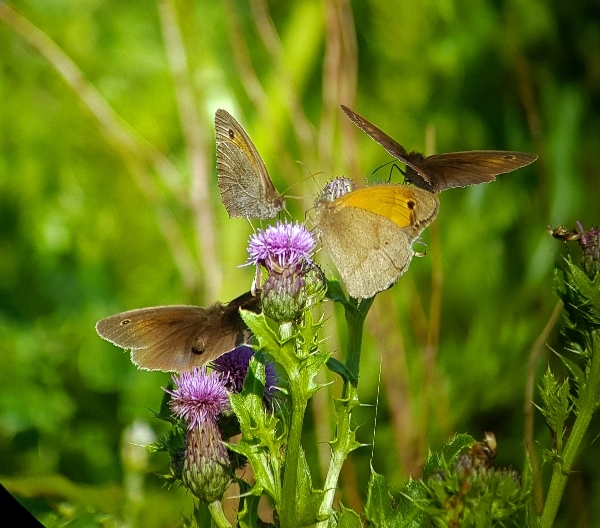 Meadow Brown butterflies covered nearly all of the available flowers 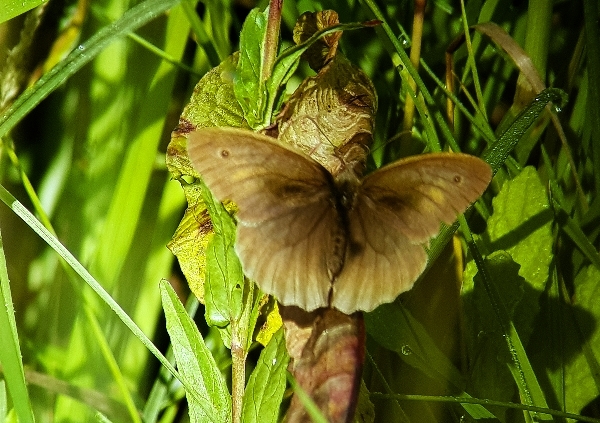 For the first 30 minutes I stood in one place totally blown away by the sheer number of Meadow brown butterflies on the wing, there were hundreds of them, they covered every flowering bramble bush and thistle in sight. Come to think of it, they seemed to be the only flowering plants around, so where were the myriad of wild-flowers so eloquently described on the reserve bill-board? 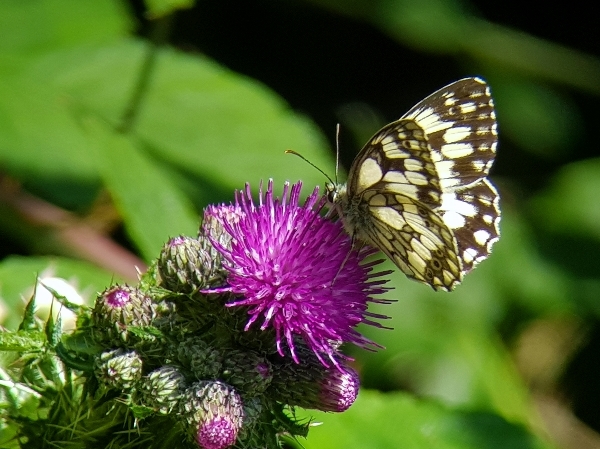 A number of birds appeared around me too, the habitat looked perfect for Chiffchaff, Willow warbler, Garden Warbler, Blackcap and Common Nightingale. I saw or heard all of those and bonus birds included great spotted Woodpecker, Eurasian Bullfinch (1 pair) and Long-tailed Tit. Most of the common woodland birds were present too: Robin, Wren, Dunnock, Blackbird, Song Thrush, Goldfinch, Magpie, Jay and Wood Pigeon. 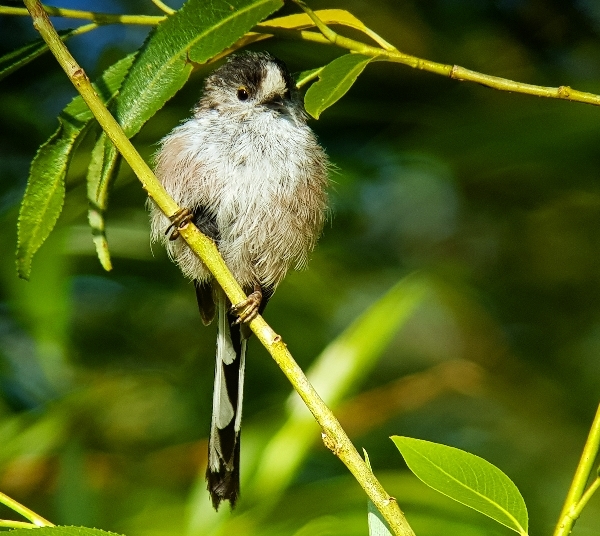 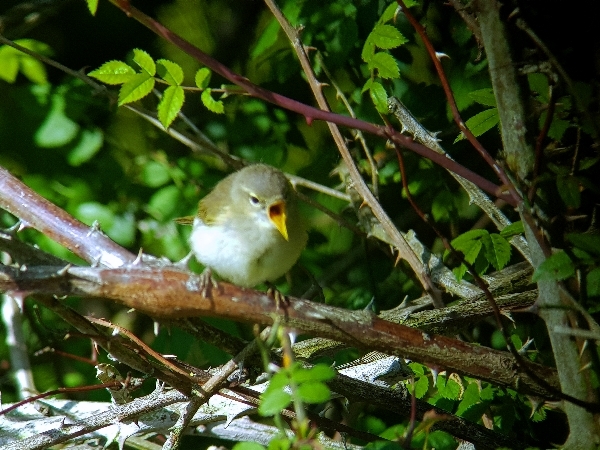 Enough of birds, my main target butterfly species were: White-letter and Purple Hairstreaks, White Admiral, Silver Washed Fritillary and any Skipper species I could find. I bumped into a local chap who showed where to go to look for the White-letter Hairstreak which was a hedgerow with a good number of Witch Elm Trees (the preferred tree species of the hairstreak). 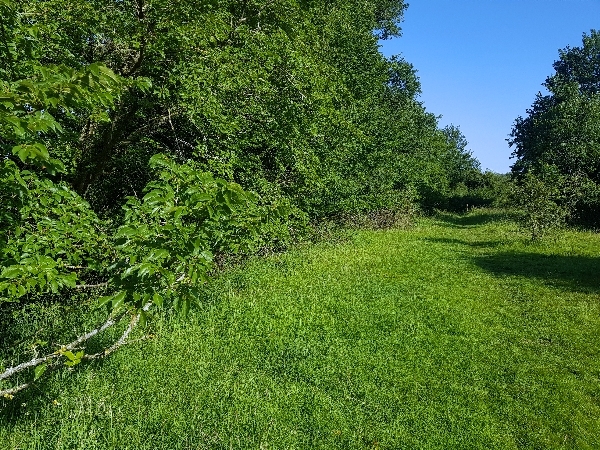 the hedgerow of Witch Elms

So I watched and waited for an hour or so and I did see a number of hairstreaks in the canopy of the elms, which was about 30 feet above me, and I managed to phone-scope a couple of them. Unfortunately, they w turned out to be Purple Hairstreaks and not White-letter, still, that wasn’t so bad as both were on my most wanted list. 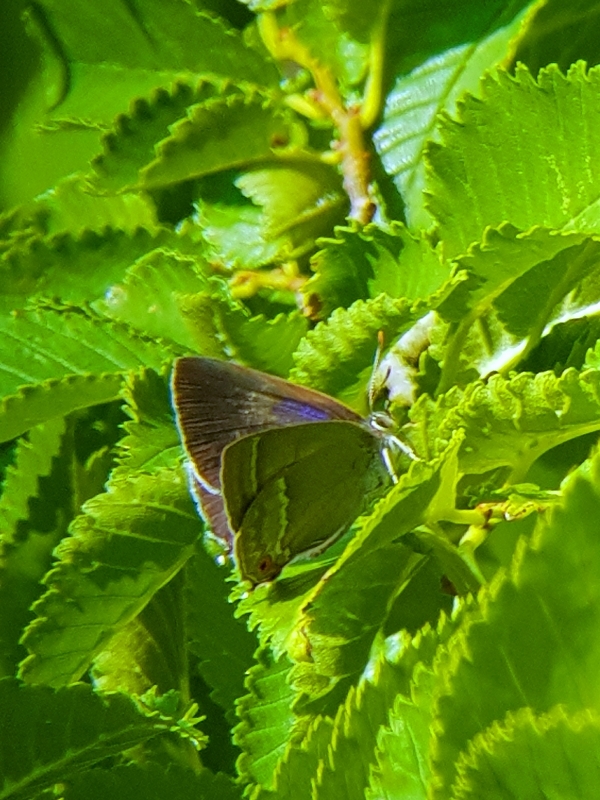 In the meantime, I heard a Common Nightingale making its throaty, frog-like call but I never saw it and I watched Marbled White, Small Skipper, Small Tortoiseshell and dozens of more Meadow Browns.  A second place I was directed to turned out to be fantastic, it was quite a long walk through gladed scrub and mature trees. I found the wet grassland and got my feet soaked but it was worth it because of the huge number of Orchids presents and the butterflies later. 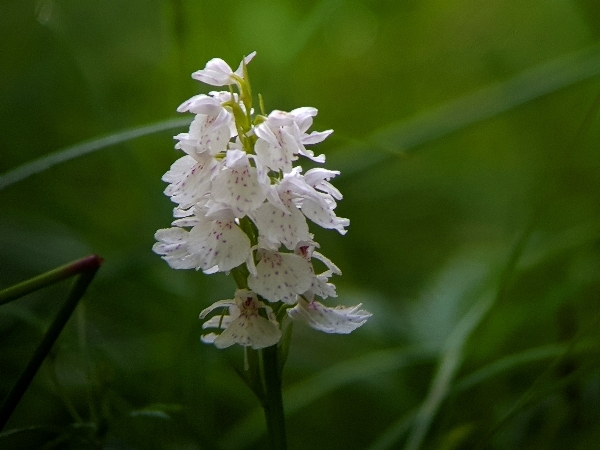 An opening along a wide track through the scrub led into a grass meadow, the sun shone on the hedgerow which faced into the meadow and it was covered in butterflies. This lovely little sheltered spot was awash with Meadow browns, Marbled Whites, Small and Essex Skipper and the star butterfly…….Silver-washed Fritillary. What a magnificent beast, beautiful colours and a majestic flight. 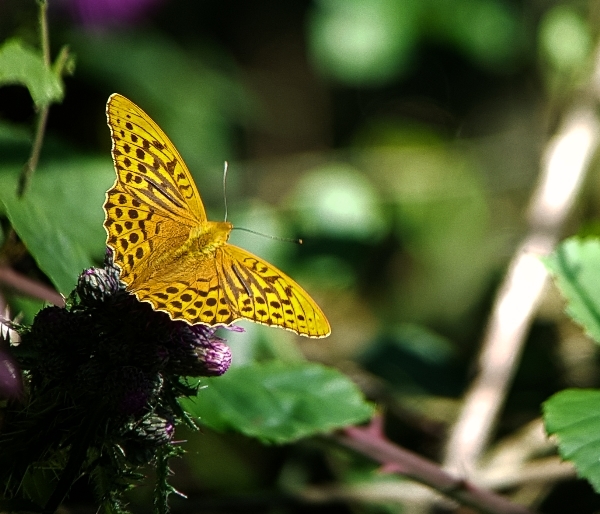 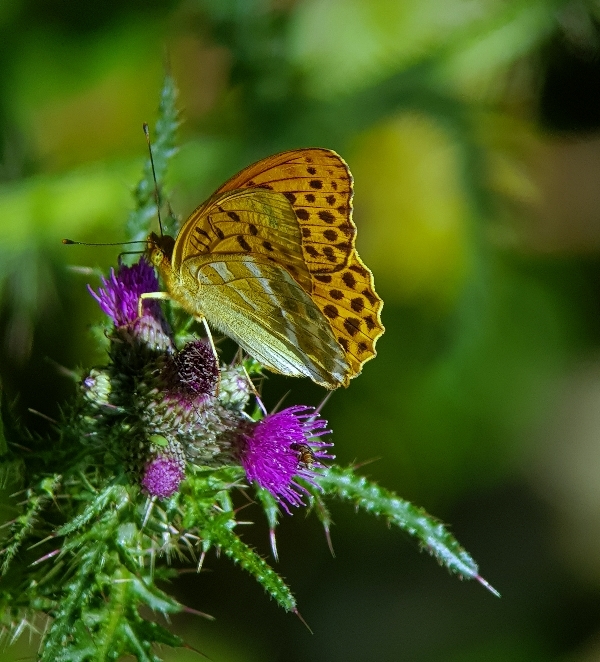 I was blown away watching these beauties until a couple of White Admirals turned. Then my allegiance to the Fritillary quickly faded and focused on the newcomers. What stunning butterfly is the White Admiral, its colours are just amazing on the both the upper and undersides. 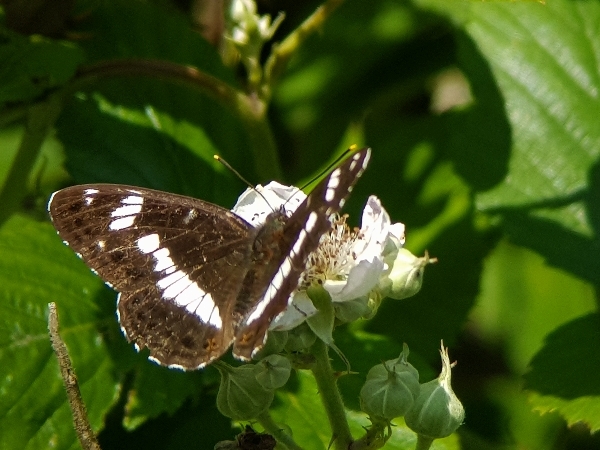 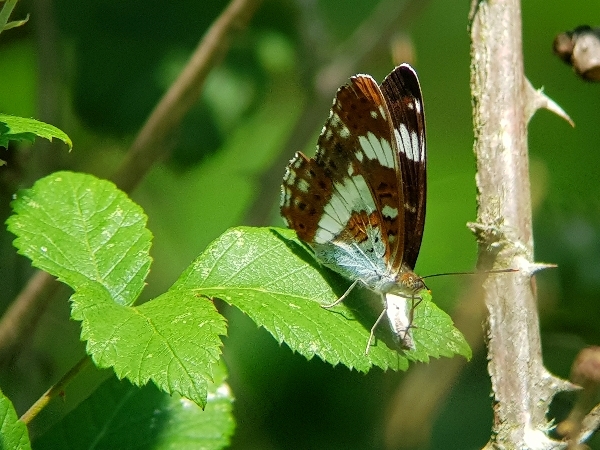 I stayed for an hour in that one spot, just loving every minute of it, I found an Essex Skipper but failed to get a decent shot of it, but who cares I had three of my four main targets in the bag. 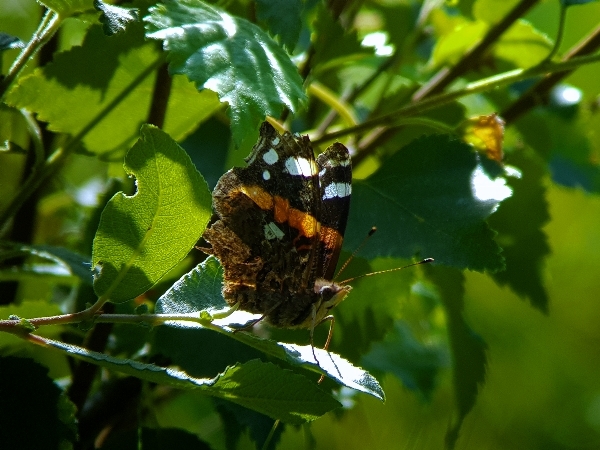 My return journey was interrupted a couple of times, I exchanged information with other butterfly enthusiasts and I saw a Red Admiral. I return to the Witch Elms where a couple of other people were looking out for the White-letter Hairstreak but none turned up whilst I was there. Nevertheless it had been a wonderful visit and I am certain that I shall return very soon to find the missing Hairstreak.

I also saw a few damselflies as well as my first Emperor Dragonfly of the year. 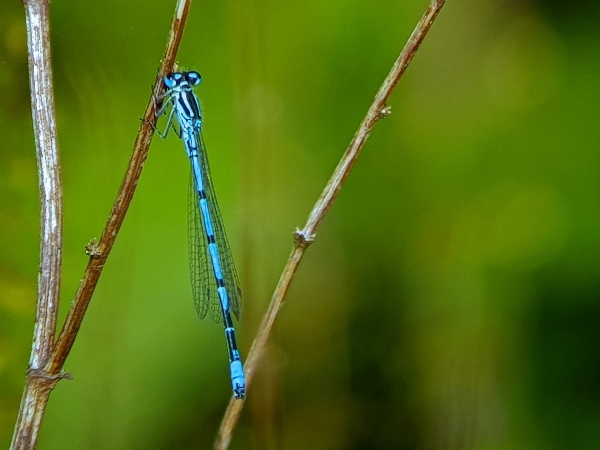