The meadow outside our garden now has a large flock of sheep grazing in it, the grass and wild plants are quite high and it has been a little while since I saw the usual pair of Red-legged Partridges feeding there. Today was just the same, no partridges, just lots of sheep, a Green woodpecker called from the trees on the other side of the meadow. 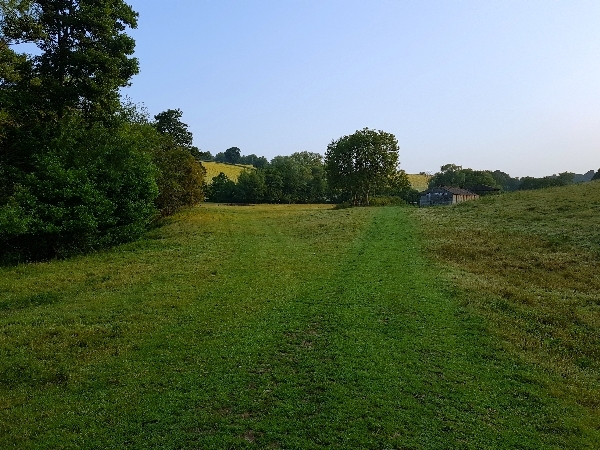 the entrance to the valley, notice how short the grass is now after 300 sheep have been munching it. I still get ticks on me nearly every day though.  I had 10 one day last week!!

Despite the superb weather I do not get the same thrill walking into the valley as I did back in April and May. The sunlight is different for a start, it has lost that crisp, sharp edge, it seems harsh now. The sky is hazy whitish-blue instead of that lovely deep marine blue. 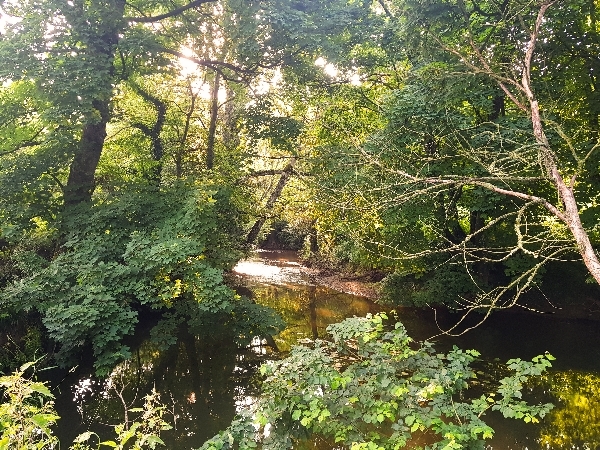 All the spring colours have gone, those lush, vibrant greens have faded in the sun, they have lost their edge. The grass is turning colour and there are very few flowering plants now to add contrasting colour.

Another downside to summer birding is that the thick leaf foliage hides all the birds that you can here, you don't get to see the action going on in the canopy as in April and May. The birds have bred, you can see family parties zipping along the tree-line or hedgerow but not the stationary singing males as in May. Bird song has greatly reduced too, I only heard Song Thrush (4), Wood Pigeon (2), Blackbird (1), Wren (1), Robin (2), Chiffchaff (1) and Blackcap (1). The breeding season is over for many species. 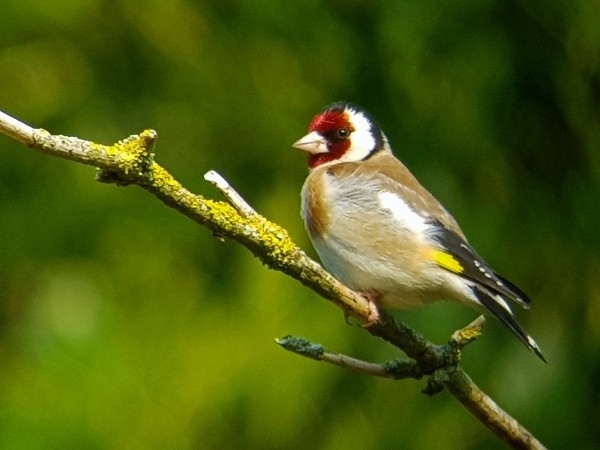 European Goldfinch - a small flock were feeding in the brambles

I did see a Kingfisher 3 times today, the first time it flew past me at head height, the bird had taken a short cut across the meadow and passed me as it went back to the stream. Both Green and Great-spotted Woodpeckers showed a few times, a single Raven called.

After an hour or so I made it to the River Yeo and spent the second hour watching the activity on the bramble slope. I did have a short spell where I saw two Great Spotted Woodpeckers, a Eurasian Treecreeper, Common Chiffchaff and a blackcap all in the same clump of trees. 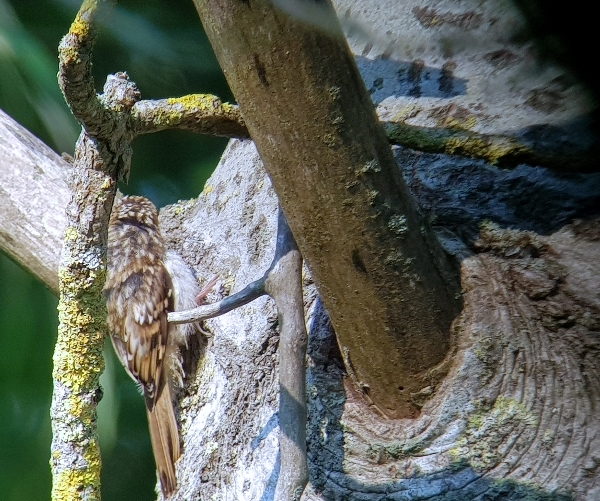 there is a Treecreeper in this picture somewhere

Small flocks of Long-tailed Tits, Blue Tits and Great Tits flitted from bush to bush, I could see that many of them were juvenile birds. A few butterflies were on the wing too, Meadow Brown, Green-veined White, Large White, Marbled White and Small Tortoiseshell were seen. 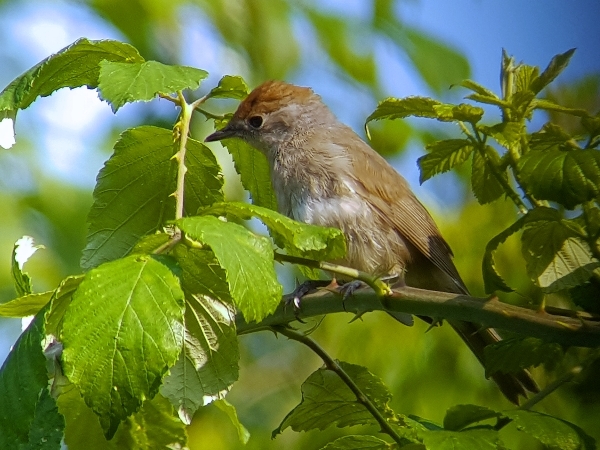 As I walked back towards home the temperature had risen quite significantly, this brought out a lot of Damselflies. I had recently commented on the lack of Beautiful and Banded Demoiselles in the valley but today I saw dozens of them. I aslo found Azure Blue Damselfly and I saw and Emeperor Dragonfly whizz past me. 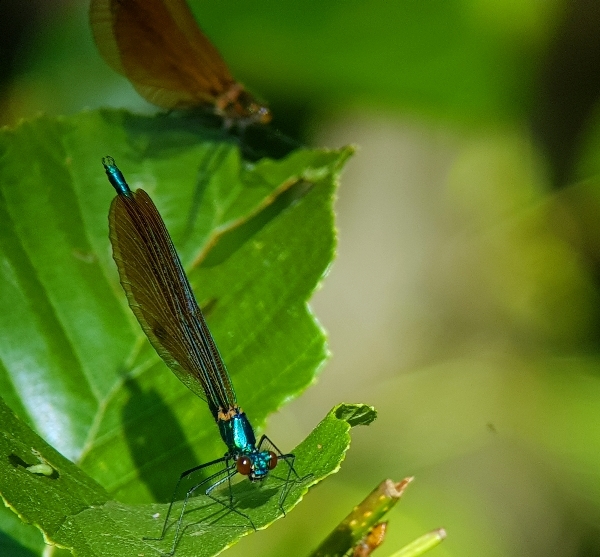 Beautiful Demoiselle Damselfly, male in the foreground female behind 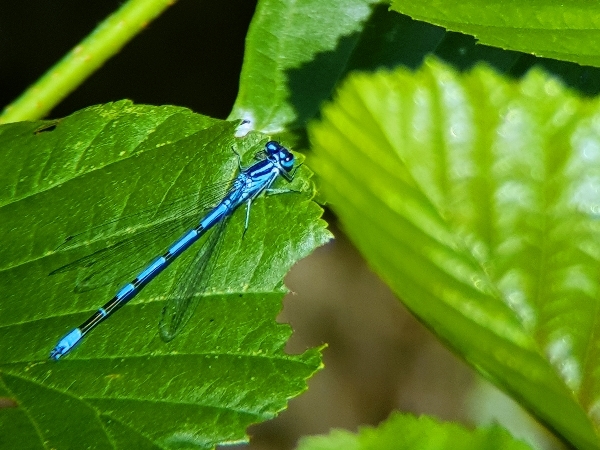