Rain was forecast for this morning and when I got up at 5:30am I was pleasamtly surprised to see a hazy blue sky, I was out at 6:30 and drove 14 miles to Cerne Abbas, I was after the Adonis Blue butterfly, this species has two flight periods, mid May to mid June and July - September. I was hoping that a few specimens would still be on the wing from the first flight period. 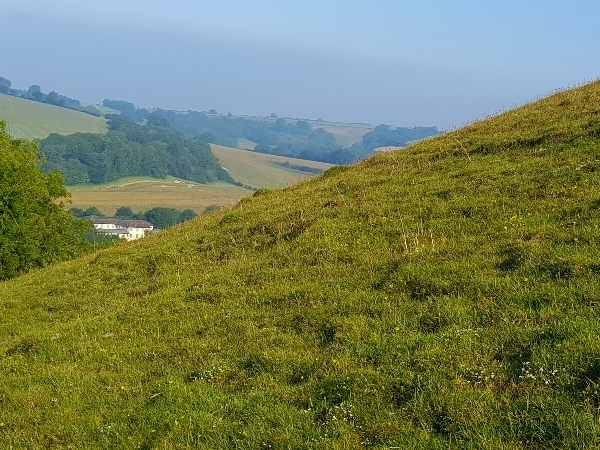 It was a steep climb up onto the south facing slope, an escarpment on a chalk hillside covered in all manner of flowers on short turf, ideal for the Adonis Blue. I found a single spike of Common Marsh Orchid and dozens of Betony flower spikes which look a bit like Southern Marsh Orchids. 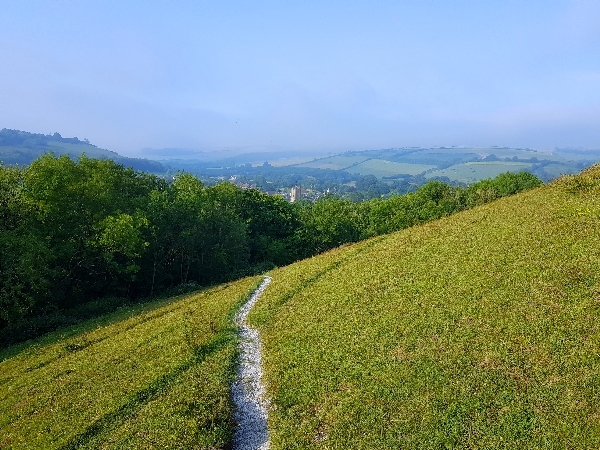 the slope looking west over the village of Cerne Abbas

Things looked promising as the sun rose above the hills, many Meadow Browns were joined by dozens od Marbled Whites and even more Small Heath Butterflies.

Then disaster struck.......a thich blanket of mist blew in from the west, it completely blocked out the sun, it went dull and chilly and all the butterflies disappeared! Buggar, I said to my self, after a 30 minute wait I decided that it wasn't going to clear anytime soon so I walked back down to the car park. 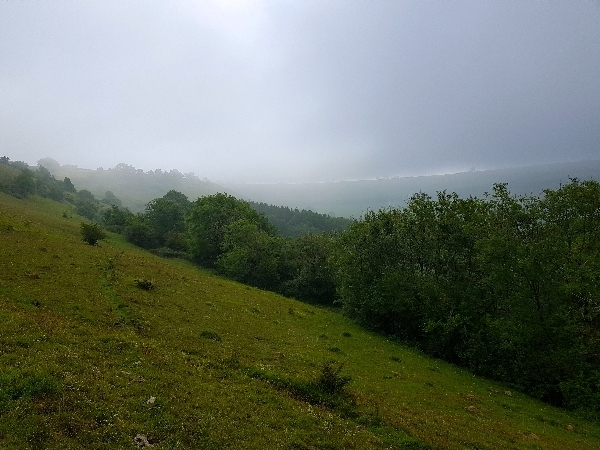 A few birds were seen up on the slopes, Yellowhammer, Common Whitethroat, Eurasian Linnet, Goldfinch, Song Thrush and I heard a Jay and a Bullfinch. 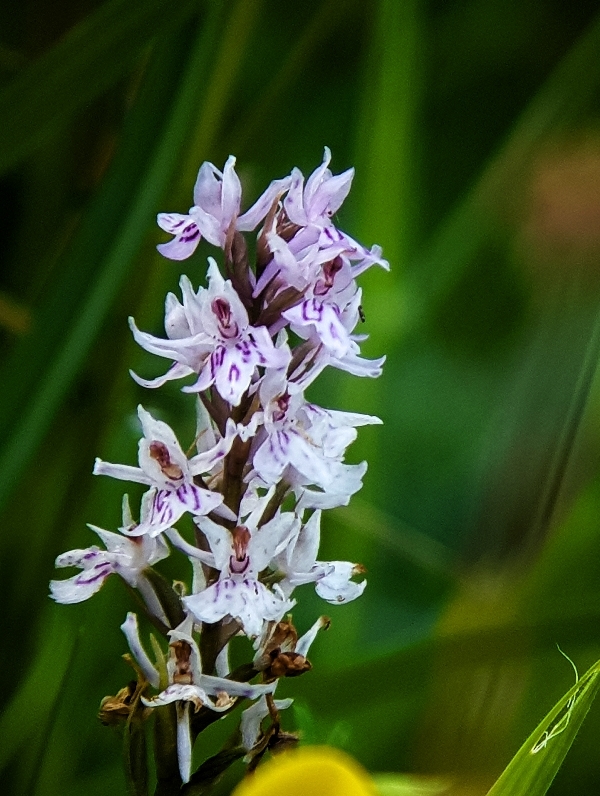 I drove 4 miles back up to the top of the ridge to the A37 and saw that it looked a little clearer over Maiden Newton which was 2 miles further west, so I headed there hoping to see a Dipper on the River Frome. It was 8:30am when I got there. 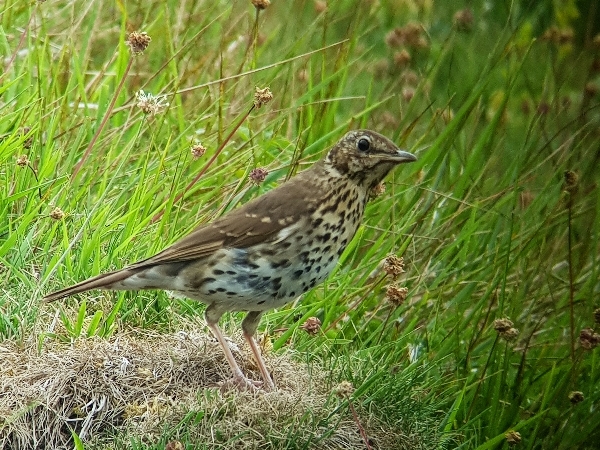 Several dog walkers were out and about and things didn't look promising, I saw Grey Wagtail and plenty of birds were coming down to drink, such as, Golgfinch, Chaffinch, Linnets and a couple of Greenfinches. I also saw Song Thrush, Blackbird, Robin, Blue & Great Tit and lots of Jackdaws. However, the Dipper did not show, I was back home by 10am. It had been a disappointing morning so far. 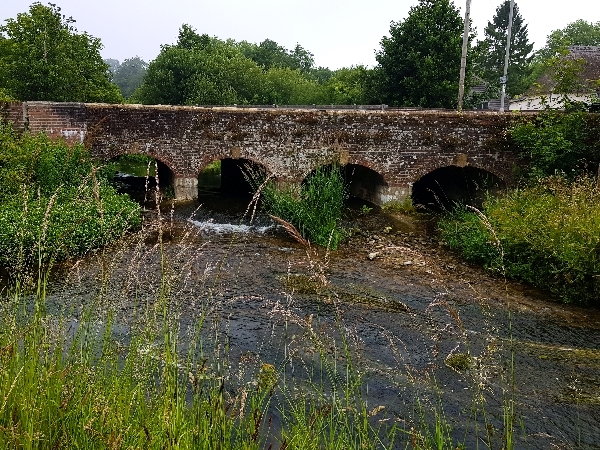 The sky was clear back at Stoford, so after lunch Dawn and I pottered in the garden like a couple of old fogies, I cut the grass and then fell asleep on a rug for about an hour. 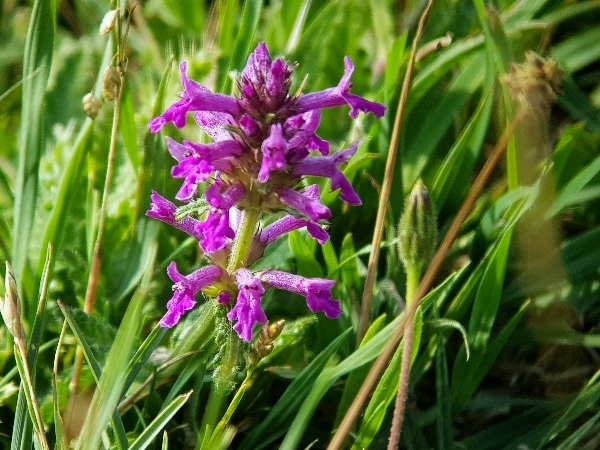 Betony, the flowers look a bit like Southern Marsh Orchid

Our flower planting is paying off already, we had four butterfly species in the garden today. Meadow Brown, Large White, Marbled White and Small Tortoiseshell.