There wasn’t a blog for yesterday because of the weather! I didn’t venture out as it was raining and quite windy when I looked out of the window at 6am so I went back to bed!

However, I did record some wildlife overnight!! For a father’s gift day my two lovely step-daughters, Sophie and Amy, clubbed together and bought me a smashing present, it was a Wildlife Camera, with infra-red and PIR capabilities . This meant I could set it up and take videos overnight. This is exactly what I had done for the last two nights. 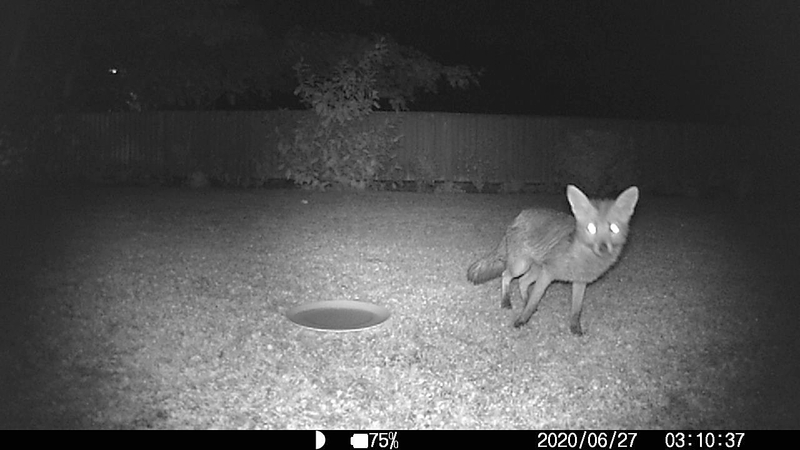 On both nights a FOX came into our garden and gobbled up all the cat biscuits that I had put down to try to attract HEDGEHOGS.  I shall continue with my quest for a spikey visitor and let you know when I succeed. 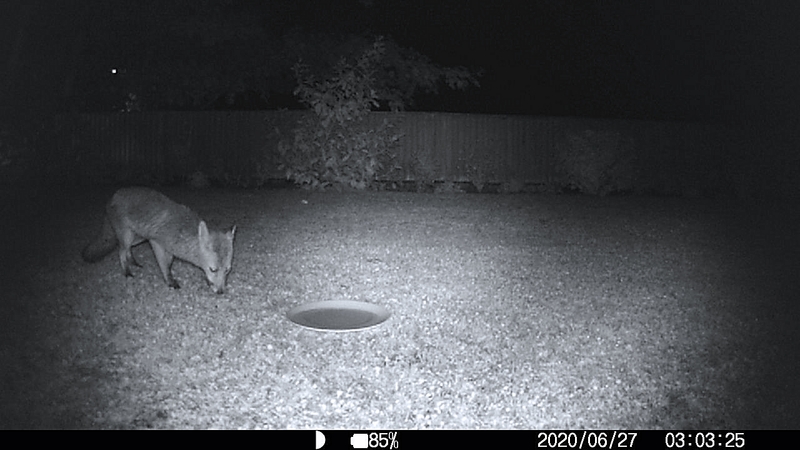 Today was a different story, I rose at 5am and saw that the sky was clear, the wind had dropped, so I was up for a spot of birding. With recent government lockdown-release announcements I saw that the RSPB had re-opened their car parks and so Hall Wall look an attractive destination for this morning.

I left at 6:10 and drove the 18 miles to Ham Wall in about 40 minutes, along the way I noticed that cloud cover had increased and the wind had also picked up. Nevertheless, I had a great visit and saw all of the species on my wanted list. 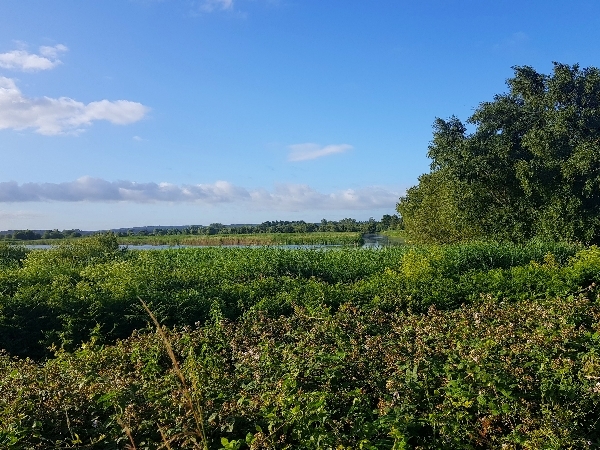 There was one other car in the car part when I arrived, I made my way quickly to the central track which takes you to the two main viewing platforms and both the Tor and the Avalon Hides which of course were Covid-closed.  I notched my first ‘tick’ with a sighting of a GREAT EGRET, this bird was perched in a row of alder trees and was quite far from the track so my picture is just a record shot. 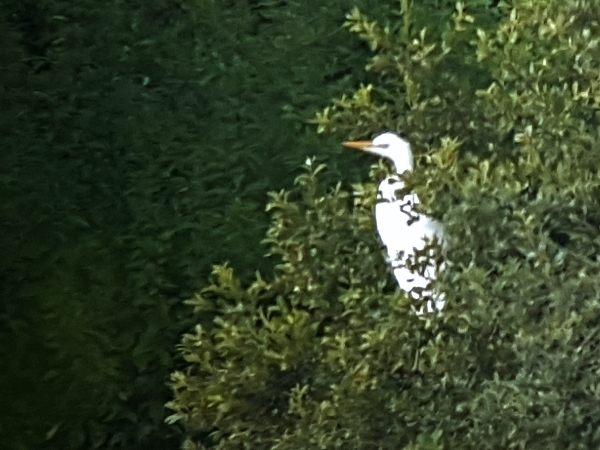 record shot of the Great Egret

Next came a MARSH HARRIER, it drifted over the reed-beds and became my second ‘tick’ of the day. The view from the Viewing Platform No. 1 wasn’t much good, usually there is a large area of open water but at this time of the year the reeds covered the water. However, looking towards the Tor Hide I could see a large number of ducks, swans, grebes, and other waterfowl. I listed my first EURASIAN TEAL of the lockdown and saw Moorhen, Eurasian Coot, Great Crested & Little Grebe, Great Cormorant, Mute Swan, Mallard, Gadwall and I heard Canada Geese but did not see them. 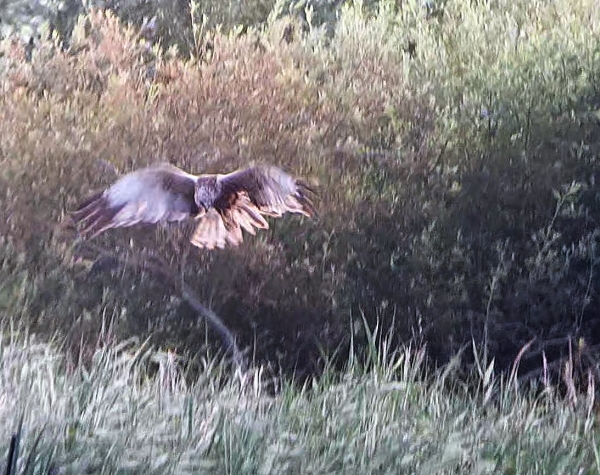 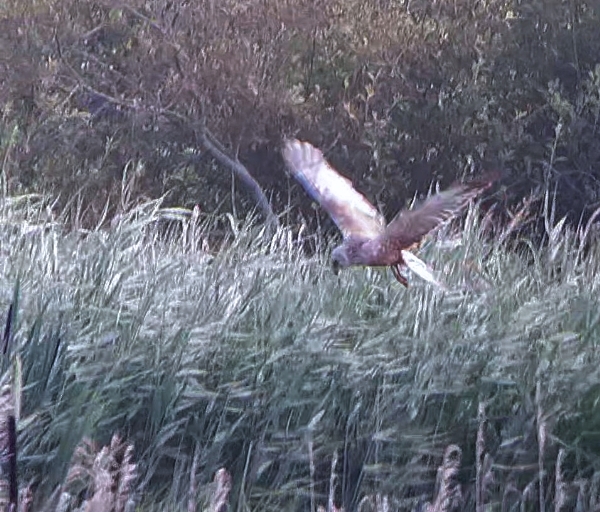 The walk to viewing Platform 2 produced a few passerines especially warblers, I saw Garden Warbler, Willow Warbler, Blackcap and I heard Common Chiffchaff, Cetti’s Warbler and Reed Warbler. Other common garden species appeared in the scrub and I saw a Reed Bunting on top of the reeds. From the platform No. 2  I  added Northern Shoveler and not much else. I did notice a guy ‘scoping the pools of water from a different angle, he was standing on another track so I walked round to where he was standing. 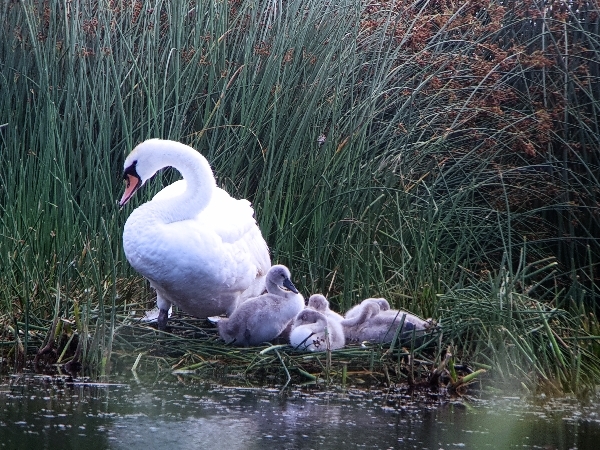 The guy had gone by the time I arrived but I could see that from this new angle there was a much better view of the pools especially a section of  exposed mud. I had much better views of Shoveler and a flock of Northern Lapwings. I waited a while enjoying the birding, a pair of Marsh Harriers were dropping into the reeds, obviously feeding young and I had views of Little Egret and a family of Mute Swans.

Then a GREEN SANDPIPER dropped onto the mud and was quickly followed by a flock of BLACK-TAILED GODWITS, most of these birds were in summer plumage and looked splendid in the morning sunlight. 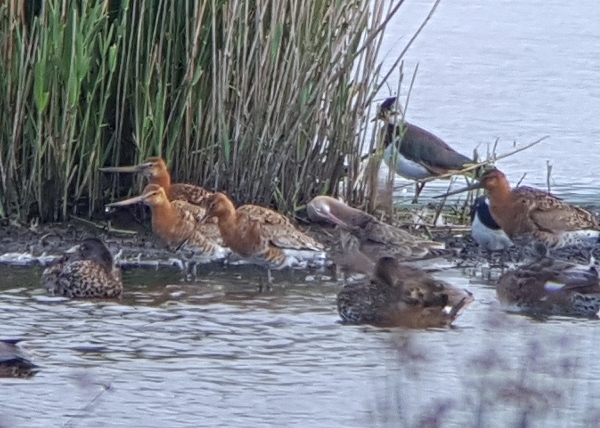 On the way back I stopped at Viewing Platform No. 1 and to my great delight I saw not 1 but 2 GREAT BITTERNS. Both birds were flying over the reeds but one of them was really quite high up, I had never seen a Bittern flying this high in my life, it must have been 30 meters (100 ft) high!! 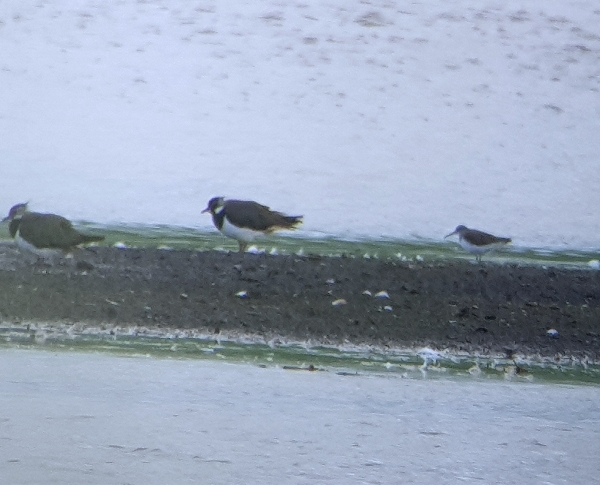 Well, that made my day, I was well made up especially as a great rain cloud came over just as I reached the car back at the car park. I drove through rain as I made my way back to Stoford arriving at 10am. 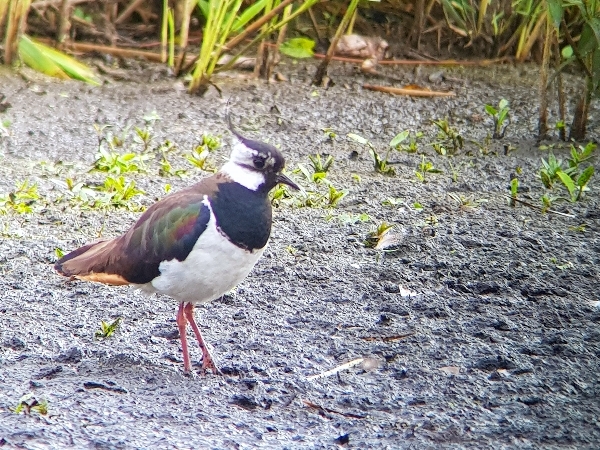 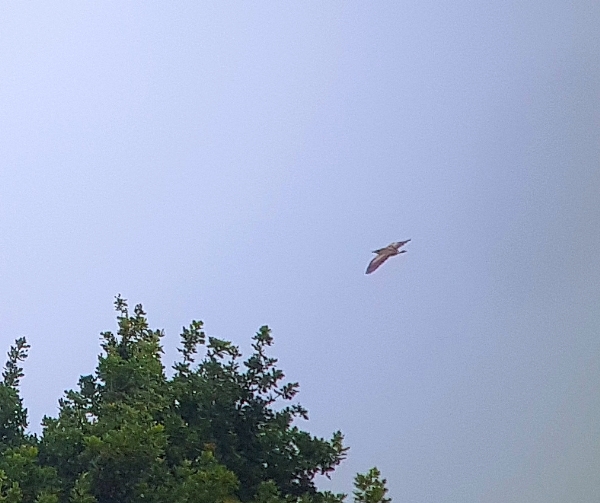 record shot of the Great Bittern in flight

I added 9 new species to my June list, my new total for June is now 110 species.