During the whole of April and May I spent many hours tracking down my local Kingfishers, I played cat and mouse with them for days on end, they toyed with me. Until eventually I got a single photograph. Now they are throwing themselves at my camera, they want to be photographed. Today was the same as yesterday, I walked to the stream at 6am and just sitting out on a branch was a Kingfisher, in the past he would have shot off, laughing at me, but now, its click, click every trip! 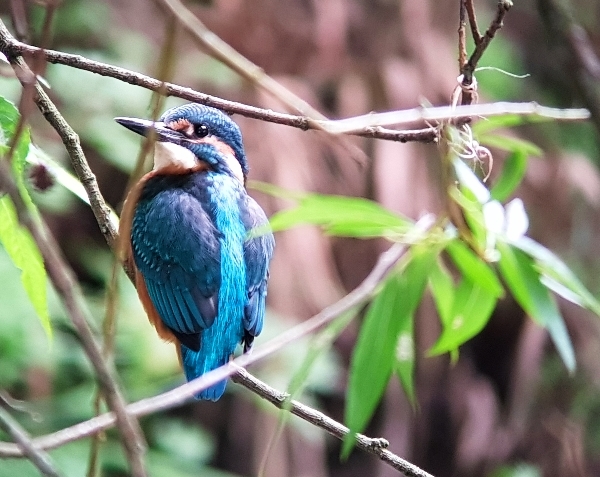 After my Kingfisher encounter I walked to the Kingfisher nest site where I had left my wildlife-camera overnight strapped to a tree hoping for some exciting mammal activity. Well that was a disappointment, all I got was more Fox videos!! The camera had been triggered 14 times over 24 hours, 12 of those triggers were by a Fox, the other two were by a Robin and a sheep! I moved the camera to another place where is should capture more action in the actual water. 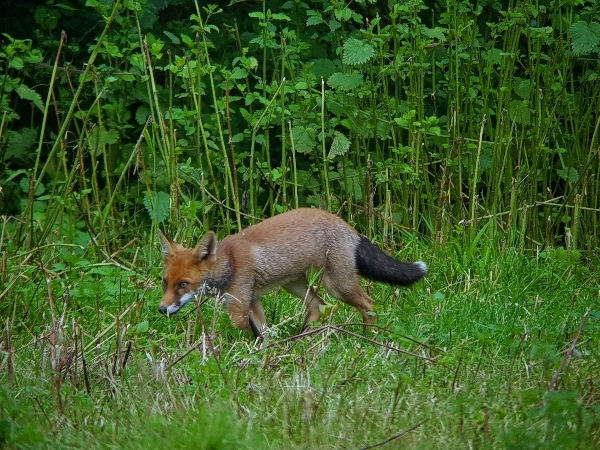 I saw this character walking ahead of me, it didn't run off.

Walking through the meadows along the banks of the stream and the River Yeo I saw very little, I flushed a few Pheasants, I saw Blackbird, Song Thrush, Blackcap, Herring Gull, Blue Tit and Great Tit. Not many birds were singing, I don’t blame them it wasn’t very nice out there.

At the River Yeo I was pleasantly surprised to see a female Mandarin Duck with three large chicks, this may be the family I saw a few weeks ago, then the mother had 8 chicks! A female Mallard flew over and a Green Woodpecker called. I spent a little time looking over the bramble slope and watched my fence and dead tree sites but all I found was Linnet, Treecreeper, Stock Dove, Goldfinch and Chaffinch. 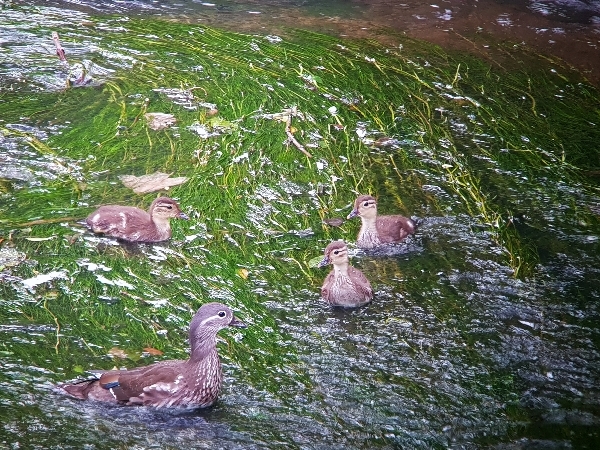 Mandarin Duck and her chicks

It started to rain a little heavier so I set off towards home by walking up and over Rook’s Hill. From the top I heard a Raven calling and found it sitting in the canopy of an Ash Tree about 1 kilometer away at Clifton Maybank. I scanned the meadows and crop fields below me and found nothing new, not even a Swift was flying about. 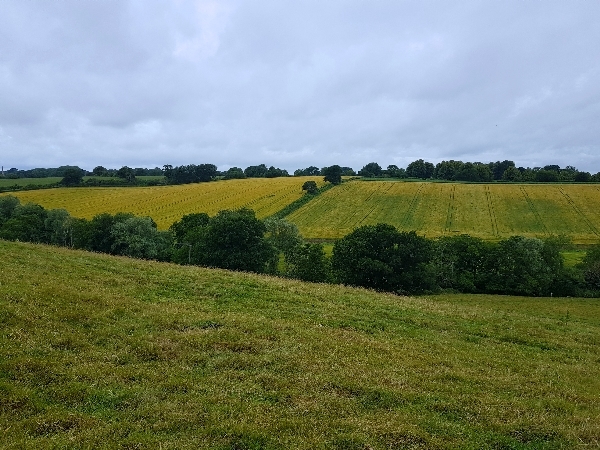 The landscape looks very worn and tired, spring has gone and with it went all the vibrant greens and the freshness of the year. Yellows and browns have already become the ‘new’ green, the crops are turning and the grass has faded, even the leaves look jaded.

I got back to our car park at 8:30am it was too early to go home so I jumped into the car and made a quick sortie out to Sutton Bingham Reservoir, it is 2 miles away. 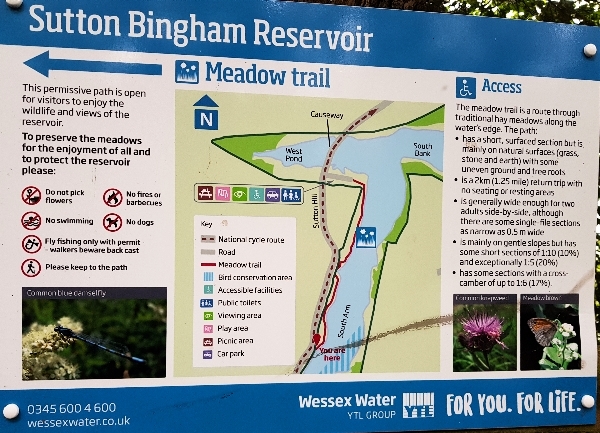 I parked on the main causeway and scanned the water on either side of the road. A hundred or so gulls were loafing on the concrete embankment, 90+ were Herring Gulls with a few Lesser Black-backed Gulls and 4 Black-headed Gulls. I was hoping for a Common Sandpiper sighting but I never saw one. In and around the main body of water I saw many Great Crested Grebes, Mallards, a few Moorhens, a couple of Great Cormorants and a single Little Egret. 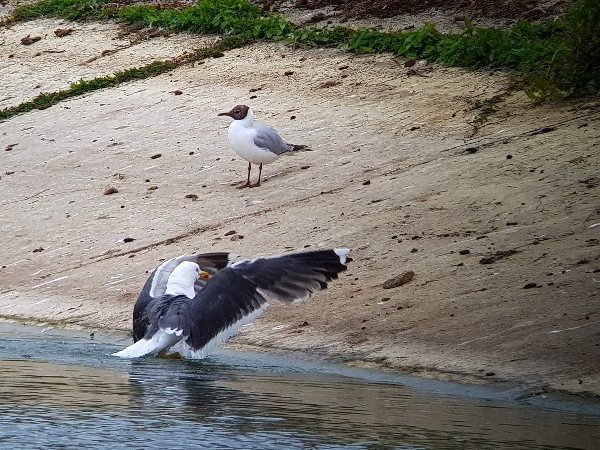 a Leseer Black-backed and a Black-headed Gull

A trip to the southern tip of the reservoir produced two Grey Herons and a fly over Stock Dove. The grass meadows along the perimeter of the reservoir are awash with colourful flowers and I noticed heaps of Marbled White and Meadow Brown butterflies fluttering about. 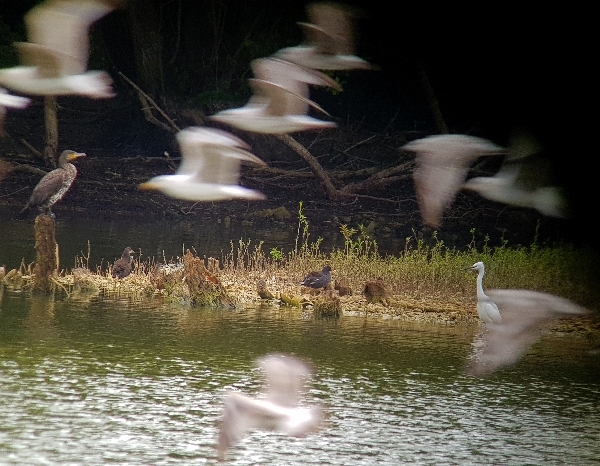 in this picture there are: Mallards, Moorhens, Great Cormorant, Little Egret and flying Herring Gulls

I got back home at 10am and took my exercise walk through the village at 11am. During my ‘power’ walk I added Common Swift, Collared Dove, Common Starling and Common Buzzard to the july list which now stands at a nicely rounded figure of 40 species.