WEATHER: a nice surprise, very little cloud and no wind at 6am but by 8:30 it had clouded over and became quite windy. Temp 14C

High cloud with a bright sky and a perfectly still morning greeted me as I left for my local patch walk at 6am. Along the first part of the track I heard Wren, Blackcap and a Green Woodpecker. Within a few minutes I had seen those three plus Great Spotted Woodpecker, Dunnock and a few Blue Tits. 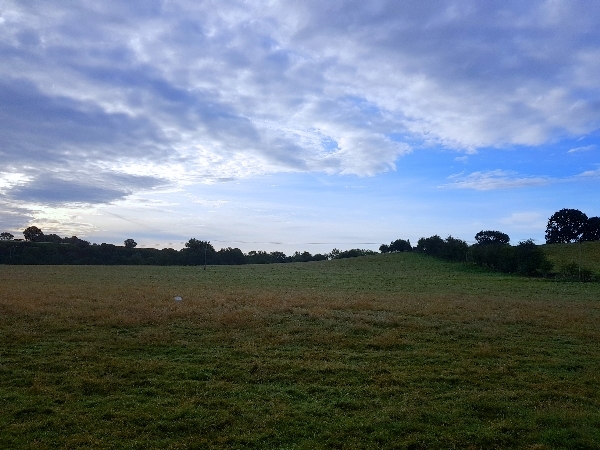 The beautiful blue sky that greeted me first thing is slowly disappearing to the east.

Despite it being a glorious morning it was very quiet and as I made my way through both meadows and down to the River Yeo all I heard singing was Blackbird, Song Thrush, Chaffinch and a couple of Blackcaps. As is usual these days, the best part of the walk was along the banks of the River Yeo behind Rook’s Hill. I scanned the bramble slopes, the scrub and fence-line on the other bank and I spent quite a while standing on a bend in the river hoping for something to come into my line of sight. 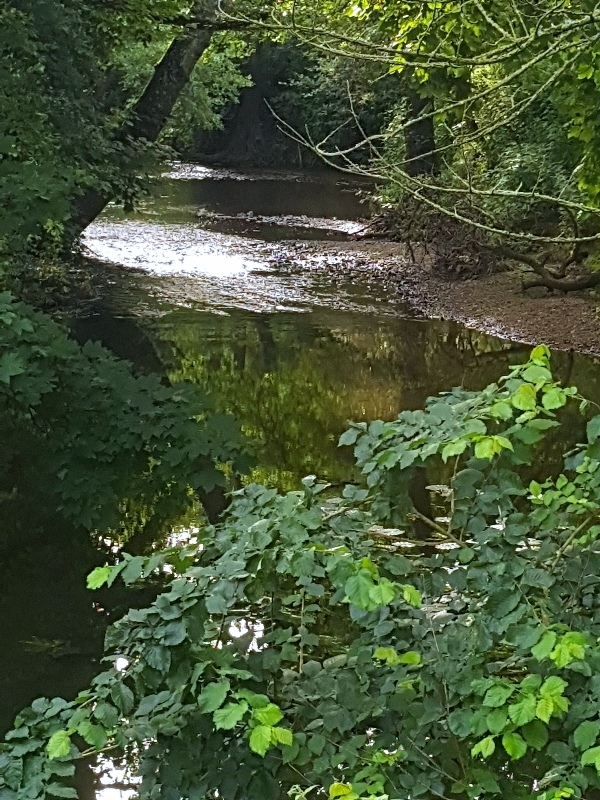 the River Yeo and the shingle bank I was watching 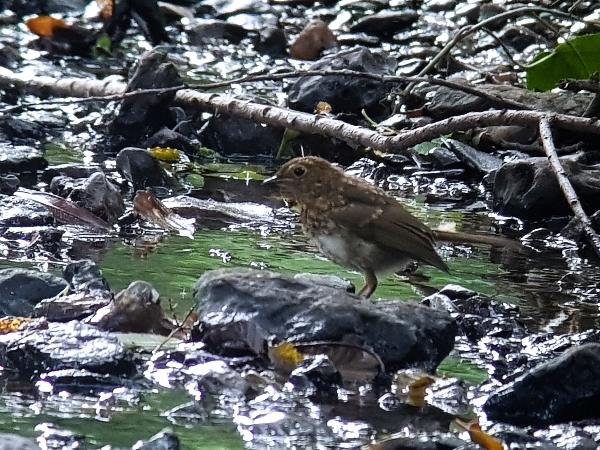 a juvenile Robin messing about on the shingle bank

A flock of Goldfinches landed in the large dead tree where I also saw another two Great Spotted Woodpeckers, also a Green Woodpecker flying past and a Stock Dove overhead. On the shingle banks in the river I saw a juvenile Robin, a Song Thrush, a Wren and a couple of Grey Wagtails. 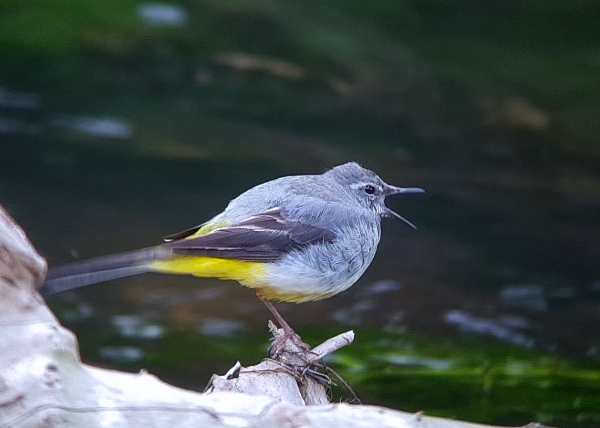 the Grey Wagtail with something to say 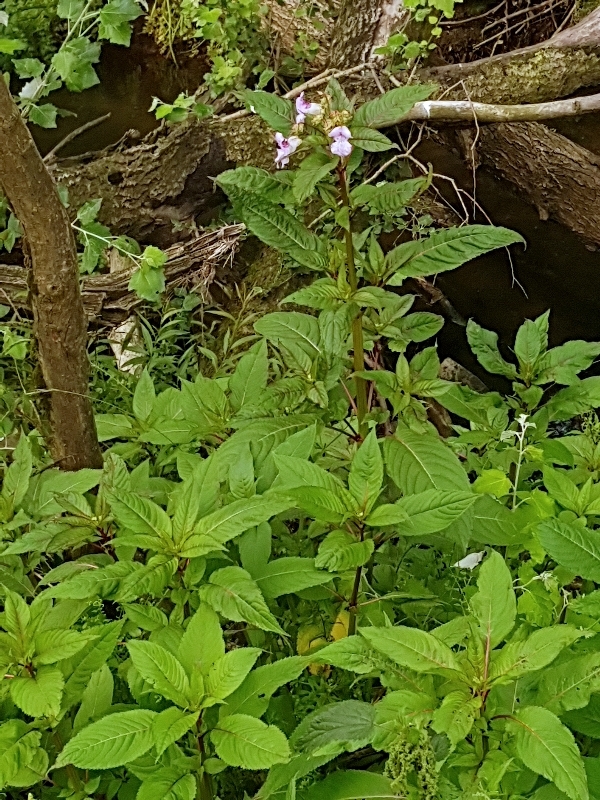 this is Himalayan Balsam - a very invasive species and detrimental to native plants, it is usually found along river banks - introduced to the UK in 1839 it has spread all over the country 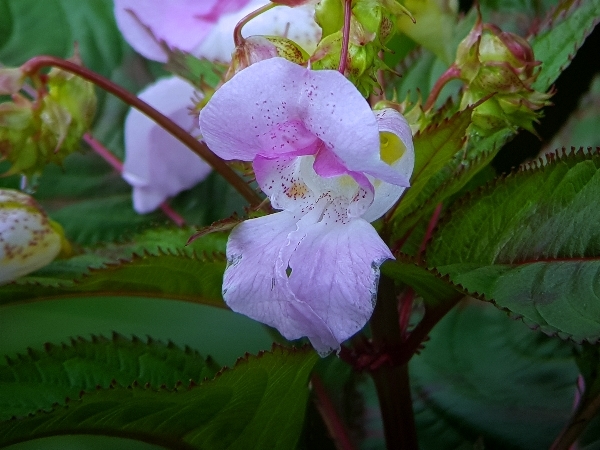 the Flower of the Himalayan Balsam 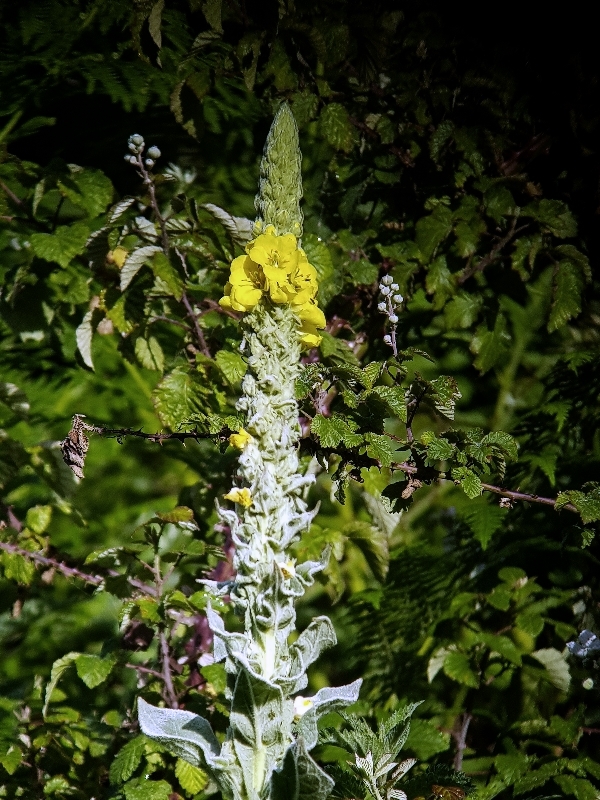 one of my favourite wild flowers: Great Mullien there are a few 'rods' of this along the bramble bank

By 8:30am the sky had clouded over and the wind had picked up considerably, time for me to leave, a Common Buzzard took advantage of the stronger winds as it circled above me calling with glee. I think Dawn was quite surprised when I arrived back home just before 9:30am, this blog was finished by 10:30am ……..what am I going to do for the rest of the day??  Dawn had some answers....................