For the last two mornings I have taken walks into the Yeo Valley but for yesterday my sightings were very few and far between and so I did NOT write a separate blog, However here are a few remarks for yesterday.

WEATHER: dull and overcast, drizzling rain, some breaks in the clouds later, no wind

I left the flat later than usual because it looked really grim out there, dense grey cloud hung over the valley and it did not look inviting at all. It was almost 8am when I set out and I only stayed out for an hour or so. Instead of my usual routine of following the stream all the way down to the River Yeo and then walking up and over Rook’s Hill, I decided to do the route in reverse and miss out most of the River Yeo walk.

I heard only three species singing along the way, Blackbird, Wren and blackcap, but Green Woodpecker, Common Buzzard and Wood Pigeon also called.

At the bramble slopes near the river Yeo I hardly saw a bean, it was deathly quiet down there. I never took a single photograph until I got back to the main track near the derelict farm building.

A Common Buzzard flew over me calling and a couple of House Martins flitted about over the train station, god knows what they hoped to catch in this weather. Then my first opportunity to use my phone camera arose when a Pied Wagtail landed on the roof the farm building, it like it was prospecting for a nesting site. 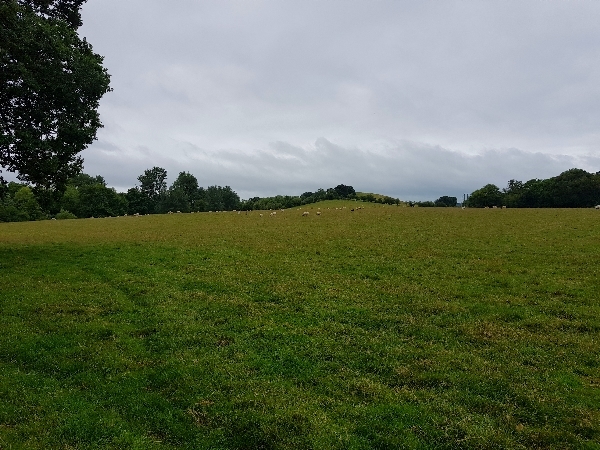 The weather started to cheer up, it got a little brighter and as I walked towards the entrance to the valley, I bumped into a lady walker whom I had spoken to a few times in the past. As we chatted at a safe distance apart a HOBBY flew over us. Well I never, my first Hobby in the Valley and only my third of the year. It flew off fairly quickly so no chance of a picture. That made my day and put a bounce into my step as I walked home. 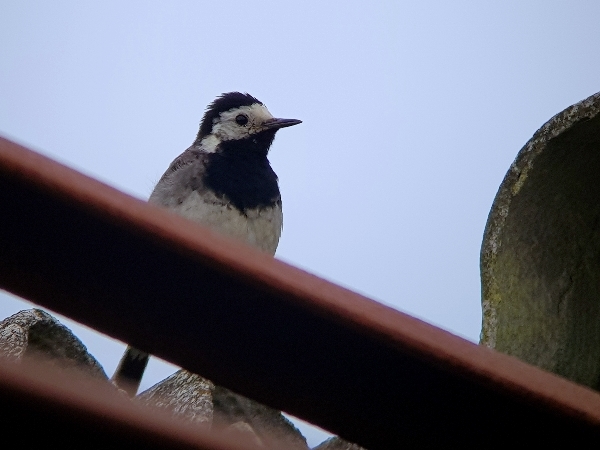 WEATHER: a lovely bright and clear start to the day that quickly went downhill. A light breeze and quite chilly.

I went out without a waterproof coat because it looked so nice out there but after an hour I thought maybe I would regret it. Blackcap, Blackbird, Song Thrush and later Wren and Chiffchaff were the five species in song today. Soon it will be a very quiet valley, during the height of summer most birds stop singing, I have already noted the absence of Robins and Dunnocks on my song list. 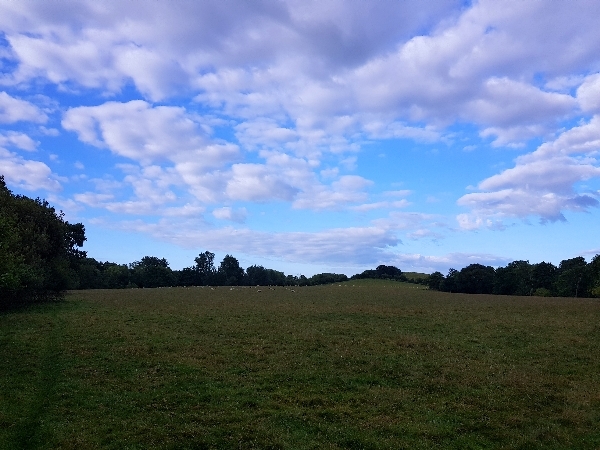 I took the usual route by following the course of the stream all the way down the River Yeo, I saw a few species such as Blue Tit, Chaffinch, Great Spotted Woodpecker. Green Woodpecker, Raven and Song Thrush. The Song Thrush sang its repetative, merry song from its usual perch over the river at the bottom of the valley. 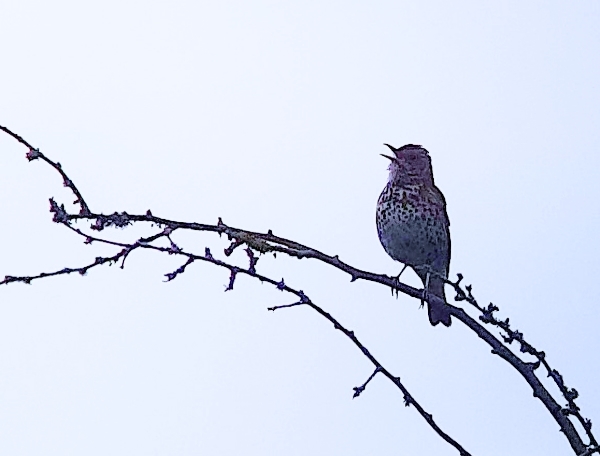 my reliable Song Thrush, he is there everyday

By the time that I reached the Bramble slopes it had begun to cloud over, thick grey clouds loomed over in the west and were heading my way. Nevertheless I continued along the route and had a great time watching the bramble slope. One particular very small patch was alive with birds, the first species that I noted was a COMMON WHTETHROAT. This species was a good find on my patch and it looked like a family party were present, I am pretty sure that they did not breed here but must have arrived from across the river where I have seen them before. 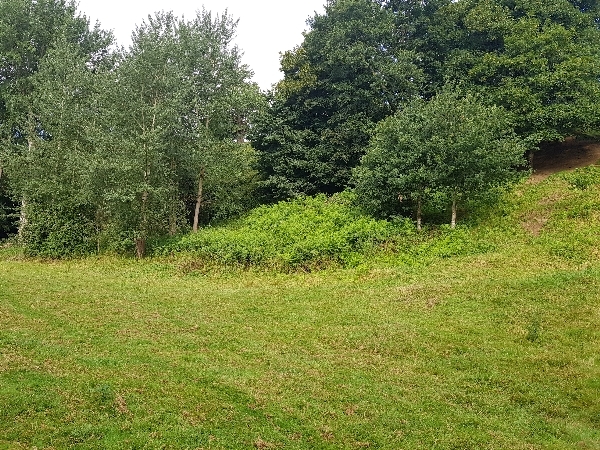 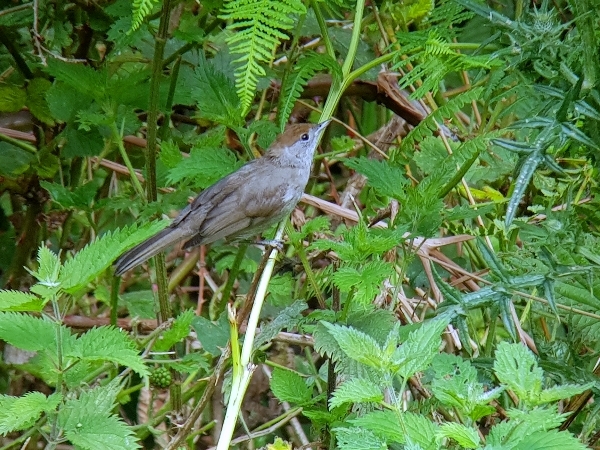 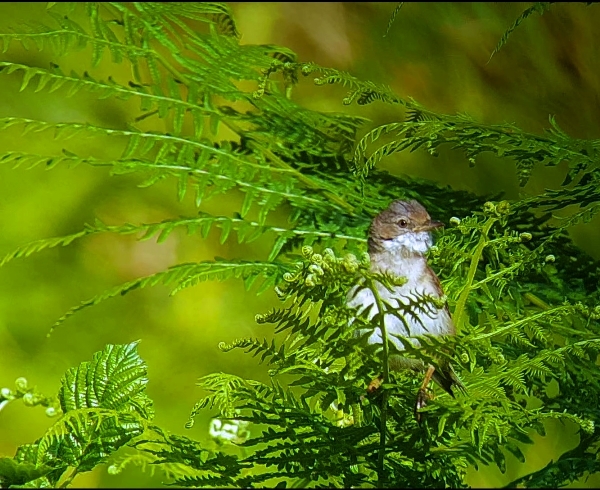 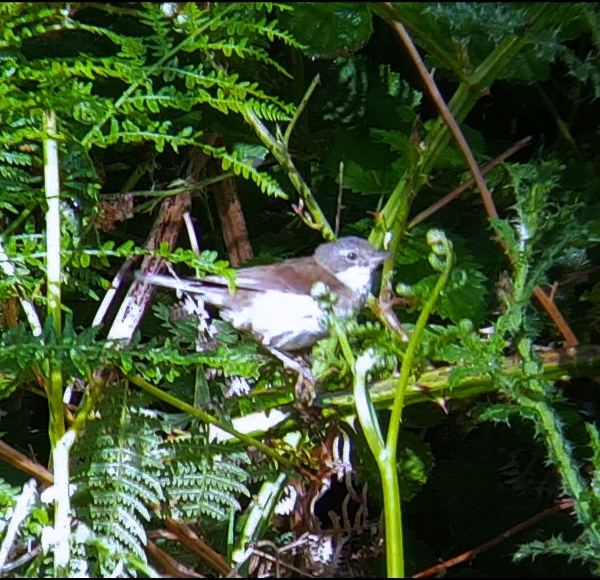 poor record shot of the Whitethroat 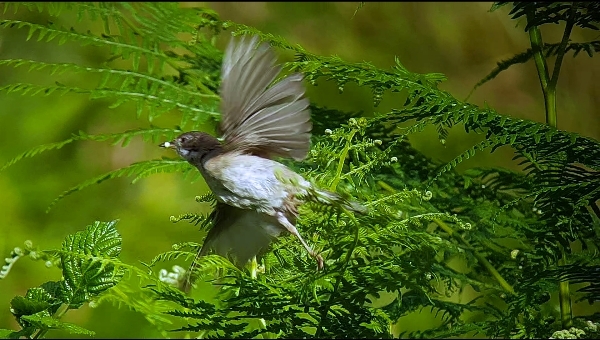 I noticed that this Whitethroat had some kind of a white-growth on its bill??

Next I picked out a family of Blue Tits and then a family of Blackcaps, they were foraging in the bracken and bramble clump and to top it off a party of Goldfinches landed there too and started feeding on the thistle heads. I managed to get the Whitethroat and the Blackcap in the can despite their constant movements. 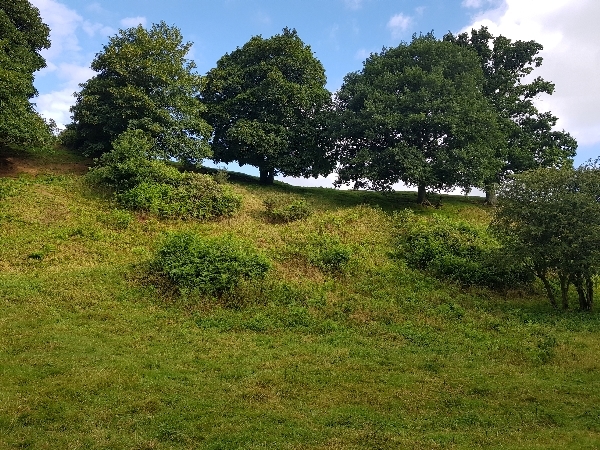 other clumps of bramble on the Rook's Hill slope

In the bush next to the clump a family of Chiffchaffs were also feeding, this was more like, a Chiffchaff then began to sing from behind in one of the tall ash trees over the river. 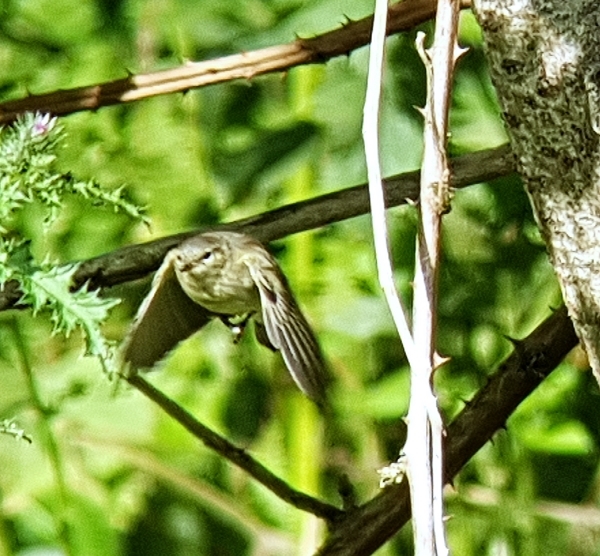 Watching the river for a while I had two brief views of Common Kingfisher, some juvenile Robins and a couple of Wrens dashed about. I left them all to it and walked around Rook’s Hill and out of the valley along the main track. 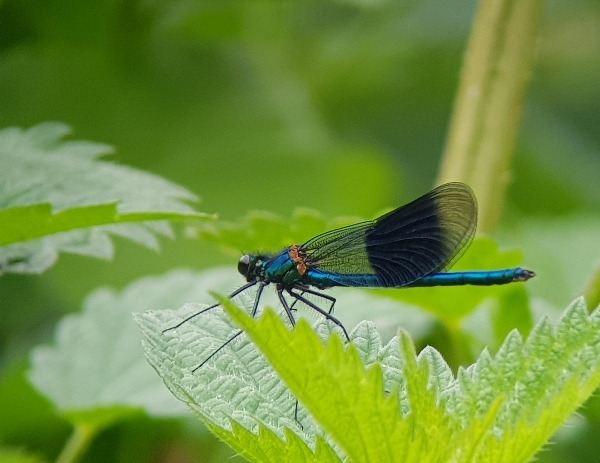 As usual I took my 11am exercise walk through the village, this where I add a few species to my day list, the usual suspects are: House Sparrow, Common Starling, Collared Dove, Barn Swallow and Common Swift. I saw all of them except for the Swift today and a Grey Wagtail below the bridge over the stream.  I always give the small Starling flock a good look over just in case a ‘pink’ one joins them for brunch!