I made a fleeting visit to Portland this morning, my main aim was to see at least one LARGE TORTOISESHELL, a very rare butterfly which went extinct in Britain but is now making a comeback, on Portland. Secondary I wanted to see 12 species of new birds to get my July list up to 100!

I set off at 6:15am and arrived at Ferrybridge just before 7am. The Ferrybridge mudflats (at low tide) is part of the ‘Fleet’ which is a tidal body of water connected to Portland Harbour and stretches all the way to Abbotsbury Swannery. 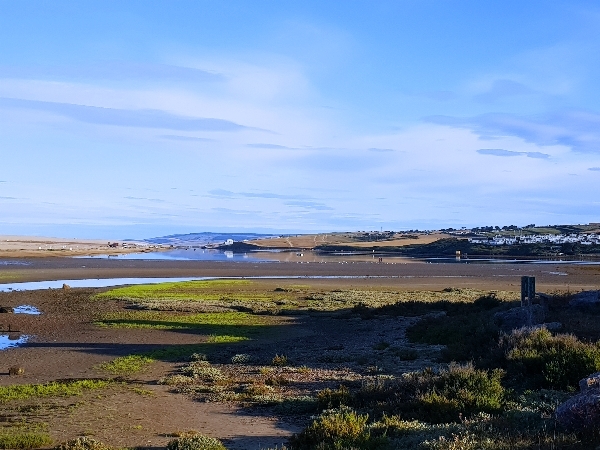 the Ferrybridge mudflats from the car park looking towards the 'Fleet' 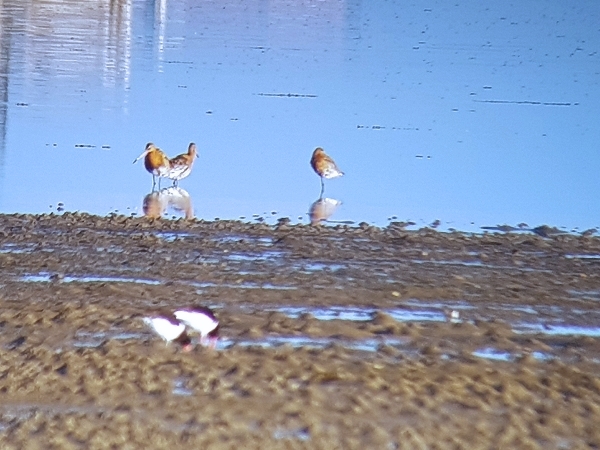 these Godwits were far away, Oystercatchers in the foreground are blurred too

It was a superb clear morning, the water in Portland Harbour and on the Fleet was flat and mirror calm, a beautiful sight. I parked up quickly and jumped out to scan the open mudflats for waders. I soon found a bunch of three Black-tailed Godwits still in summer plumage, a flock of some 18 Dunlin also looking very smart in their summer garb.

A good number gulls sat on the mud, most of them were Black-headed but quite a few were Mediterranean Gulls, also a few Herring Gulls and a couple of Great Black-backed Gulls. A couple of dozen Little Terns sat on the far pebble shoreline and dotted along the pebbles I saw a single Greater Ringed Plover and three Little Ringed Plover. A few Oystercatchers foraged on the mudflats and a Eurasian Curlew dropped in and briefly joined the Godwits.

All in all it was a short but very productive visit, I added three Species to my July list and so I left for Portland. It took another fifteen minutes to get to the southern tip of the Portland Isle, where the unmanned lighthouse, Portland Bill stands up proud, adorned in bright red and white paint. From the rocks around the ‘Bill’ I saw a bunch of Ravens, many groups of Guillemots and Razorbills, but the sea, although very calm, produced very few sightings at first. 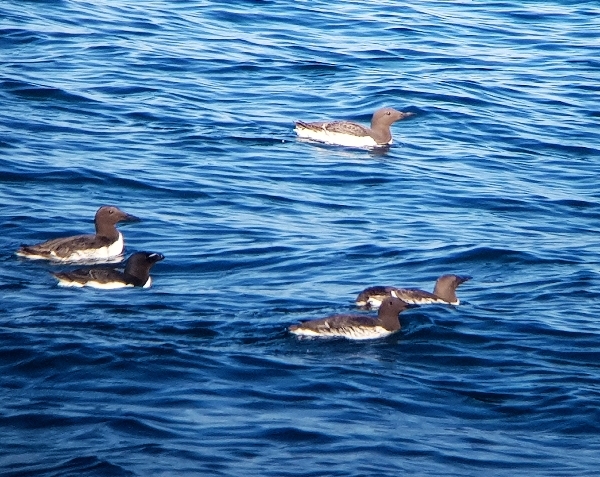 A little work with the scope eventually turned up a few new species for my list, I saw two male Common Scoter flying west, a small number of Northern Gannets flying both east and west and a single Fulmar which circled one of the fishing boats before landing on the water. A Rock pipit sat on a rock!! 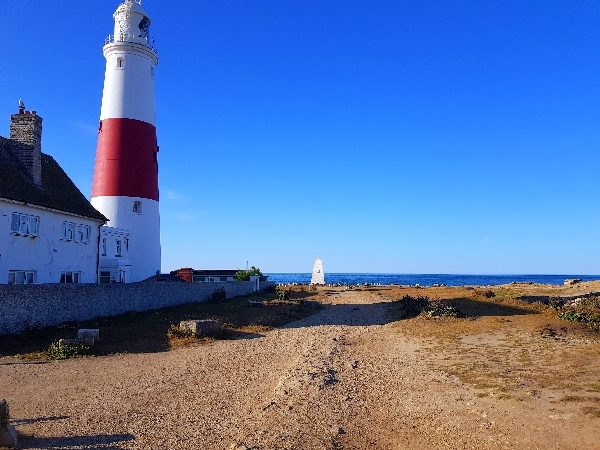 Portland Bill Lighthouse with the Obilisk beyond and the English Channel

Other species seen during my 30 minute vigil included Great Cormorant, Mediterranean Gull, Herring Gull, Great Black-backed Gull and not much else. I guess, that had I watched for an hour or so longer maybe a Skua or a Shearwater would have flown past. 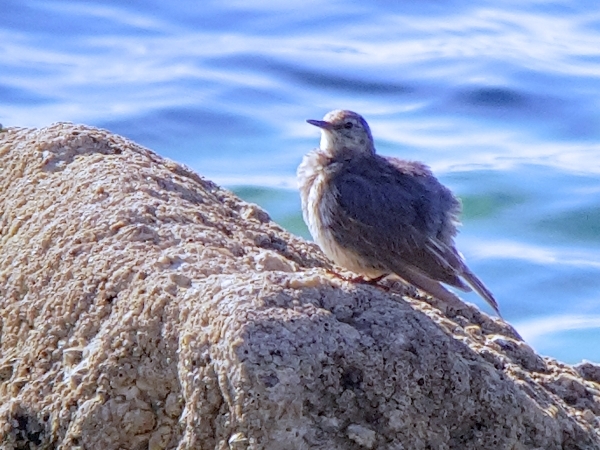 Rock Pipit sitting on a rock!! Where else?

Next I set off to Pennsylvania Castle which sits on a rocky outcrop above Church Ope Cove on the east side of Portland, the cove is the only natural landing place on the whole of the ‘Isle’. A steep footpath leads down to the cove from the side of the Castle. An ancient burial ground/graveyard sits above the cove, it is overgrown with buddleia bushes and this is where the LARGE TORTOISESHELL has been seen recently.

I spent an hour in the area without success, I did see plenty of Commas, Red Admirals and Meadow Browns but not my target species. I was joined by a woman from Weymouth and we searched for a little while longer until a guy told us he had just been watching one at a different site. So off went and within minutes we found the elusive little beast, which showed very well, albeit with its wings closed for most of the time. 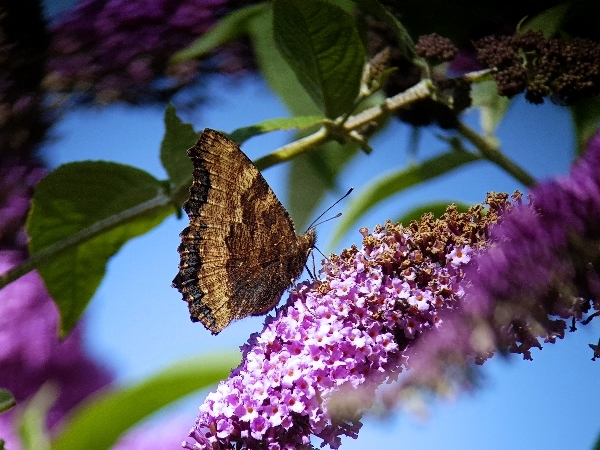 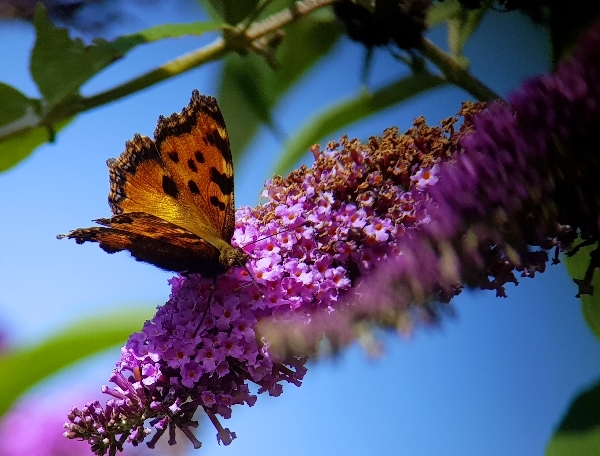 On the way back home I stopped at Portland Castle car park to scan part of Portland Harbour. There is a large artificial stone breakwater which usually has both Cormorants and Shags sitting on it. Sure enough, I saw one of each sitting there, the European Shag was number 99 for my list.

Much later in the day I walked into Yeo Valley to set up my Wildlife Camera, I added a few species to the day list and got a bit of a soaking for good measure.  Dawn found this lovely moth on the wall of our flat. 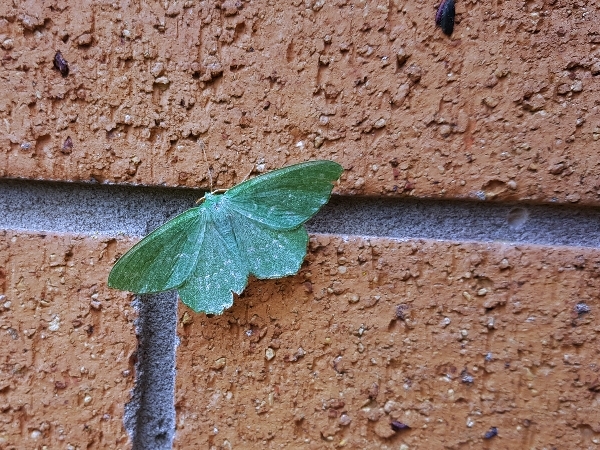