My birding session this morning was taken at my local reservoir which is just 3 miles from my home. I set out at 6:30am and after watching the meadow from the garden I walked round to the car and jumped in. In the meadow the usual two Red-legged Partridges were present, the grass is now very short from the grazing sheep and I have great expectations of seeing perhaps a migrating Yellow Wagtail flock in there anytime soon. 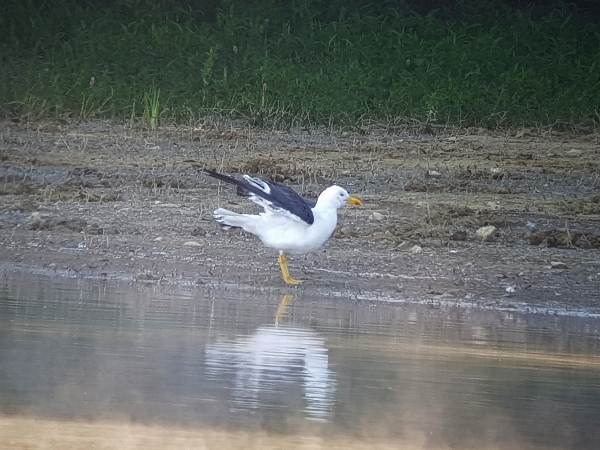 I parked at the Causeway where Sutton Bingham Reservoir is bisected by the road at its northern end. From there I scoped all the visible shoreline on both sides of the road. Birds present included: Moorhen, Coot, Mallard, Great Crested Grebe (there are many pairs there but I did not see I single juvenile), Black-headed, Herring, Great Black-backed and Lesser Black-backed Gulls, Grey Heron, a Buzzard eating a large dead fish, Great Cormorant and 26 Canada Geese. 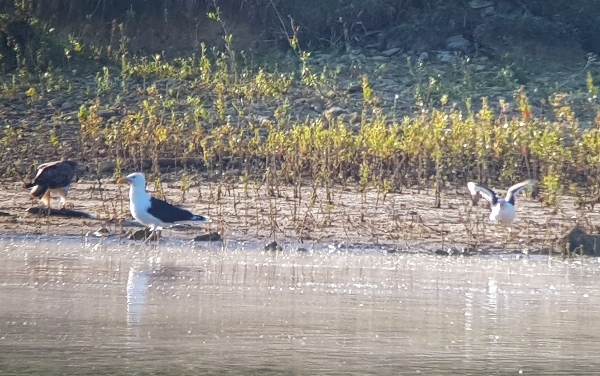 From the Southern end I scoped some distant mudflats and that is where I found 4 Common Sandpipers, 1 Green Sandpiper, a Little Egret, a second Grey Heron and 7 Mandarin Ducks (they all looked similar but some of them were eclipsed males). 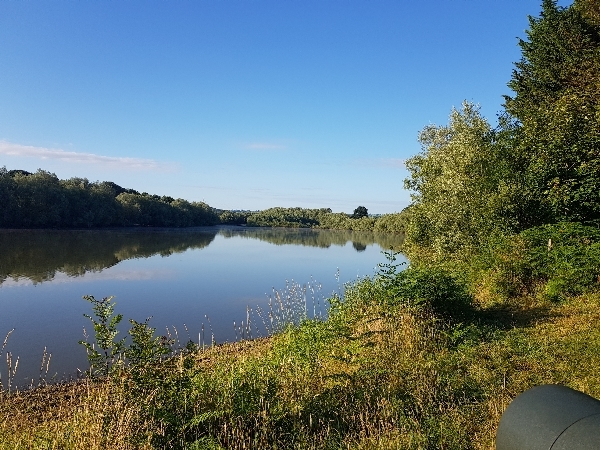 The mudflats are by the trees at the far end of water!!!  This is the closest you can get to see them

I noted a Common Kingfisher and also a Peregrine Falcon on the pylon. I went back home at 8am and heard from a local birder that four Great Egrets dropped into the Reservoir at 9am!! 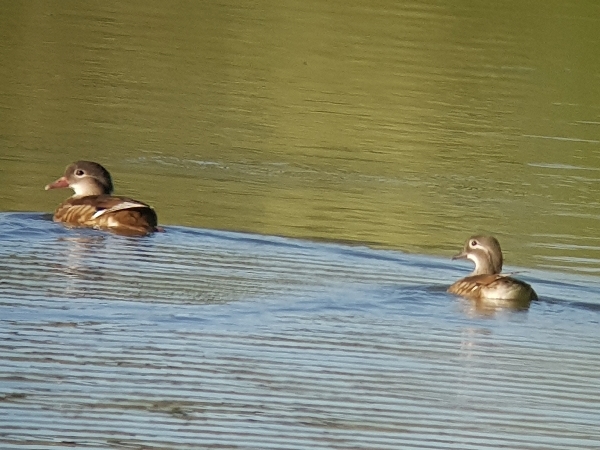 Mandarin Ducks, the bird on the left is an eclipsed male

After my morning exercise walk through the village where I noted Common Starling, Jackdaw, Common Swift, Barn Swallow and House Martin, Dawn and I set off to the coast for another day on the beach. We went to the same pebble beach at Cogden. 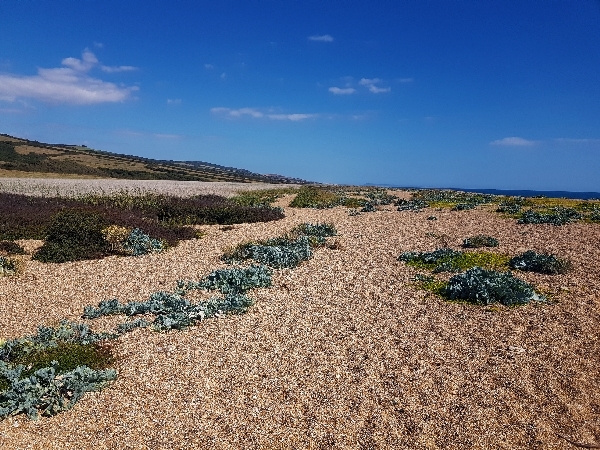 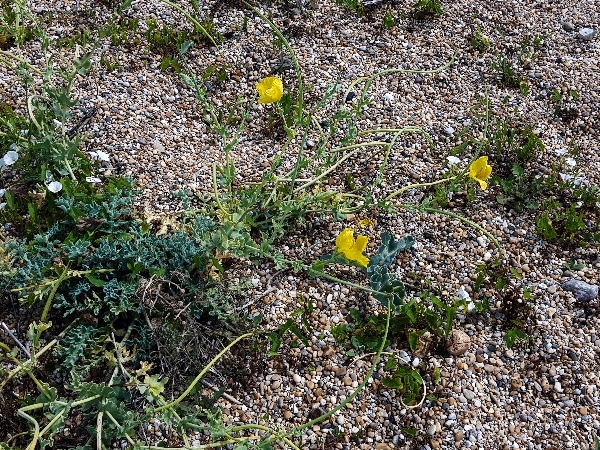 I went for a couple of birdy walks during the course of the day but did not see anything new for my list, I did find Linnets, Common Whitethroat, Reed Bunting, lots of Common Stonechats, a possible Whinchat which failed to reappear after I flushed it by mistake. Three Ravens flew over the beach, but the sea passage was quiet with just one noteworthy sighting of a Mediterranean Gull .