WEATHER: the third consecutive day of sunshine, it must be summer!!!  Warm sunshine all day, light to moderate breeze. Temp 18-20C

The walk into Yeo Valley was again a quiet one, the only bird song was that of a Song Thrush from half way down the first meadow. I did hear a lot of calls, Carrion Crow, Wood Pigeon, Eurasian Nuthatch, Blue Tit, Great Tit , Green Woodpecker and a Jay. Now the Jay is not common in the valley maybe with just one pair, I have seen them a few occasions, but I have never managed to photograph one.

Today I had good views of the first Jay to appear, but I was too slow to get it into the camera, then another three birds arrived, a family party perhaps. I waited and finally got one of them in the scope and in the phone-camera. As you can see the bird was pretty well hidden behind some leaves. 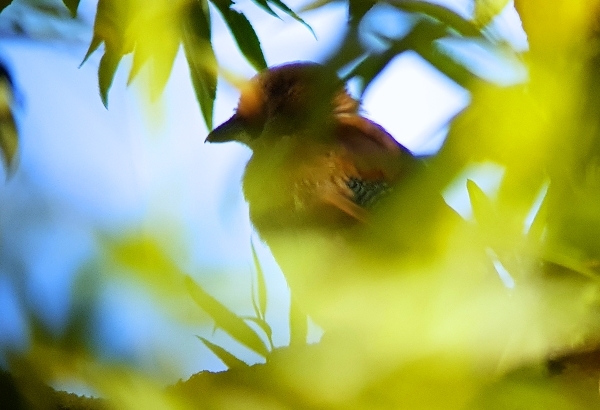 There were quite a few Swallows flying over the wheat fields and I noted Chaffinch, Red-legged Partridge and a Common Buzzard. The Buzzard sat at the top of a tree ahead of me and called continuously, I assumed that this was one of the fledged birds of which I have seen three in and around the meadow outside my garden. 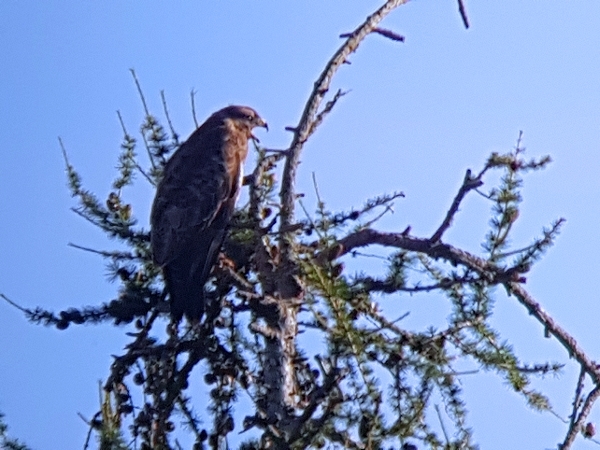 the air was full of sound as this Buzzard called incessantly

Before I walked along the hawthorn hedge to the northern end of Rook’s Hill I searched for the calling Nuthatch but only found a party of Blue Tits. Once on the slope of the hill I stood in my usual place and watched the ‘dead tree’ and the ‘fence’ down below me.

It was also very quiet as I stood and waited for some action, I did see and hear three Green Woodpeckers, a single Great Spotted Woodpecker, a small flock of Goldfinches and a Blackcap. On the fence I saw only two birds, Common Whitethroat and a Wren, but feeding in the umbellifers I saw a Chiffchaff. 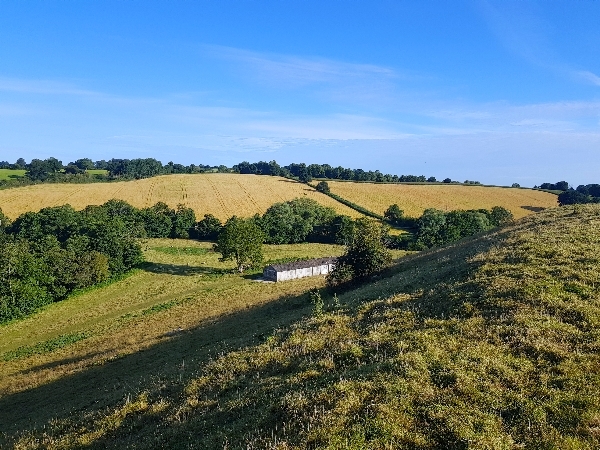 the two wheat fields in the background of this picture is where I used to record gulls, pheasants and partridges back in April when they were recently ploughed  - if you have followed this blog you should remember this picture shown below:

At 8am I walked up and over Rook’s Hill, it was quite busy at the top of the hill with bird activity. I saw three Green Woodpeckers fly up from the grass with two Blackbirds and then a Common Pheasant ran off ahead of me. As I began the descent on the steep track at the southern end I saw a Mistle Thrush fly up from the grass and then again when it flew from a tree nearby to the far end of the meadow. 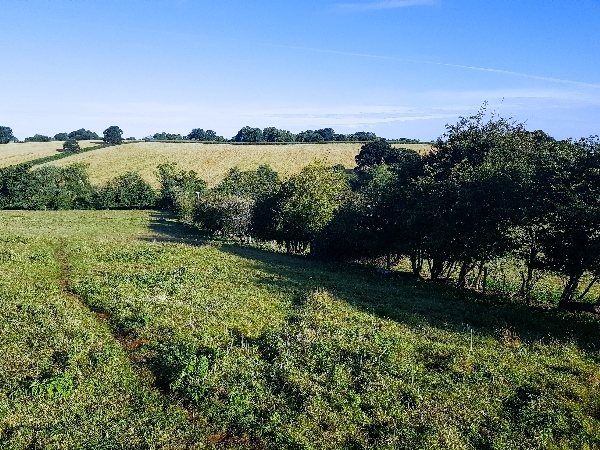 the hawthorn hedge that divides the two meadows of Yeo Valley

One final encounter I had was with a Robin near the entrance gate, this bird was moulting from juvenile into adult plumage and the red colouring was only partially visible, it looked rather smart don’t you think? 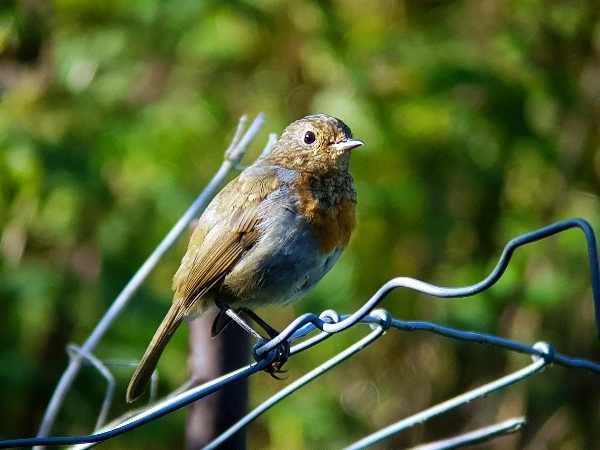 As it was only 8:30 I decided to nip across to Sutton Bingham Reservoir to see if any new waders had dropped in overnight. I scanned from the causeway and saw nothing new, the Black-headed Gull numbers have increased, that was all I noticed. At the southern tip of the Reservoir I scanned the exposed mud and small pools. I found 5 Common Sandpipers and a single Green Sandpiper, with two Grey Herons, three Mandarin Ducks, two Kingfishers and two Great Cormorants. 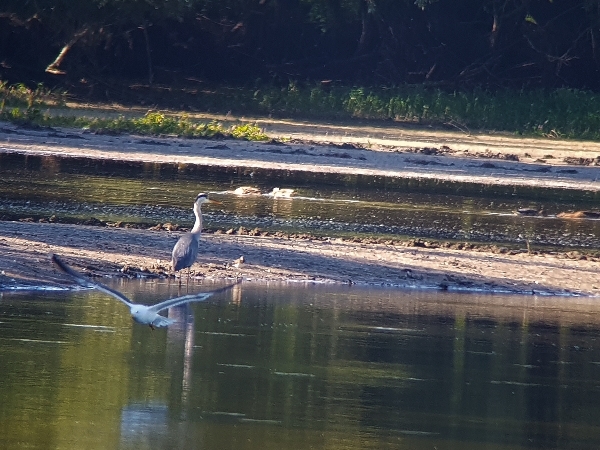 Grey Heron with a Green Sandpiper just to its right, a Lesser Black-backed Gull flying in front of it and four Mallards in the background

There was no sign of the four Great Egrets from last night but I did bump into the guy who had found them. Tim Farr watches this reservoir like a hawk and has kept a year list for the last 10/11 years. He went off to work and I stayed for a little longer. Tim has permission to visit areas around the dam where the general public are not allowed and today he found a juvenile Common Gull up there. That is a very unusual sighting for July, I think I will pop out there again tomorrow to have a look for it. 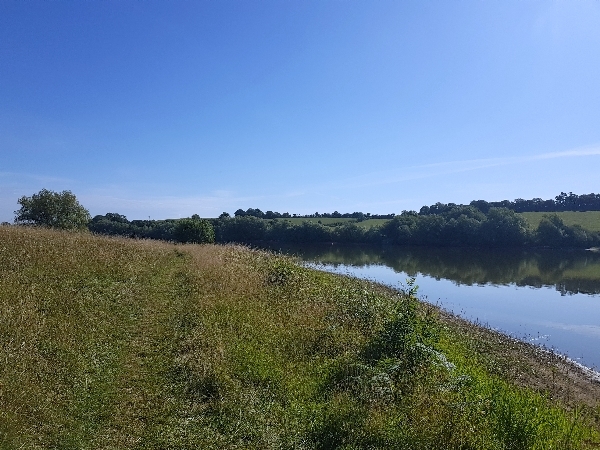