WEATHER: Dull and overcast, showers on and off all day. Mild, termp 16C

It is now becoming my new routine, a visit to Sutton Bingham reservoir before I take a walk into Yeo Valley. I left the flat at 7am and from the garden I scanned the meadow which now has even more sheep in it and the grass is getting very short. The Partridges were not there just a pair of Magpies and a Crow.

At the reservoir I stopped at the causeway which seemed very quiet, just a few dozen Mallards which always loaf around there because people stop to feed them with bread!! A couple of Grey Herons and three Little Egrets were in the pool on the west side of the causeway and a few each of Black-headed, Herring, Leseer & Great Black-backed Gulls of various ages sat out on the water. 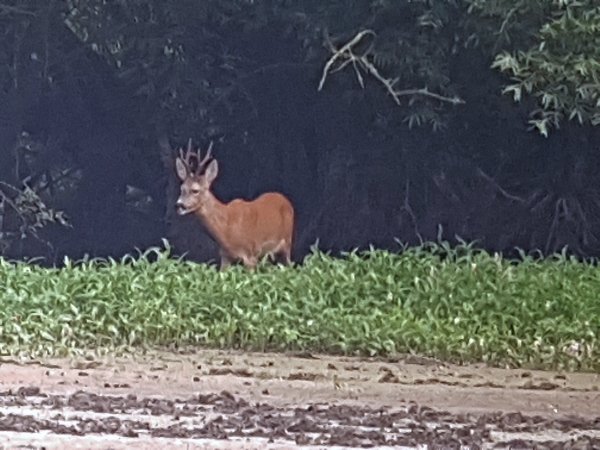 The usual Moorhens, Great Crested Grebes and Great Cormorants were also present. At the southern arm of the reservoir I scanned the exposed muddy area which is about 400 meters away. There I saw a single Green Sandpiper and three Common Sandpipers, two Kingfishers and a Roe Deer. 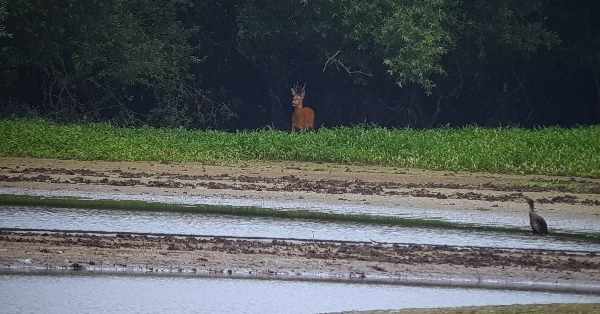 if you use a magnifying glass you can see Green and Common Sandpipers, Great Cormorant and Roe Deer in this picture! Ha! 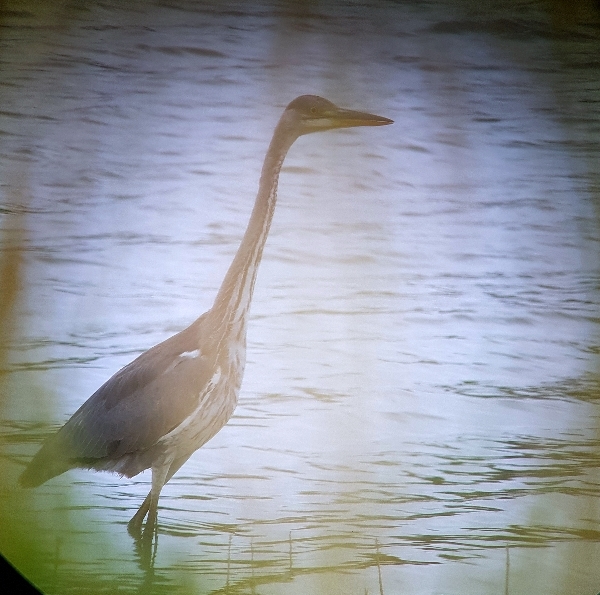 Grey Heron taken through the tall grass along the shore

A Chiffchaff was calling from the salix and a party of Blue Tits worked their way along the hedgerow and a Wren sang out. I saw nothing else except a few Canada Geese that dropped in from the surrounding fields. A pair of Mistle Thrushes were hopping about in a distant field too. 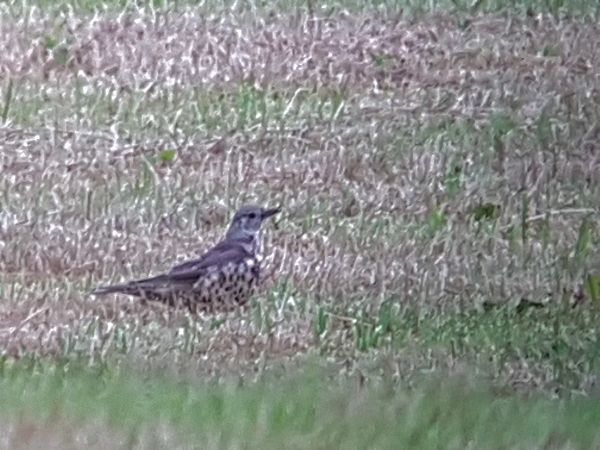 record shot of a Mistle Thrush

When I got back to Stoford I parked the car and walked round to the Valley entrance, again it was very quiet with only Blackbird, Woodpigeon and Robin showing themselves. I walked through the first meadow catching brief views of the stream where I saw another Kingfisher and heard Green Woodpecker, Common Pheasant and a Raven. The Common Buzzard fledgling sat in its usual place calling non-stop (this went on all day with two other birds in the meadow next to our garden). 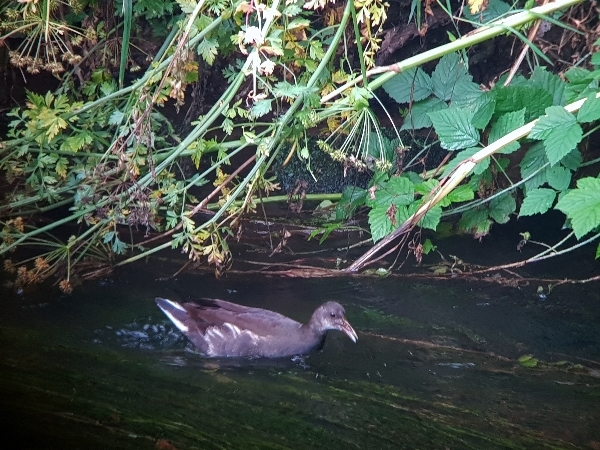 a prized sighting on my patch - juvenile Moorhen

From the slope at the far side of Rook’s Hill I stood and watched the dead tree and the fence for nearly an hour with very poor results. Only a family party od Goldfinches landed in the tree and nothing used the fence. I did see the two Moorhens on the river and had good views of Raven in flight. 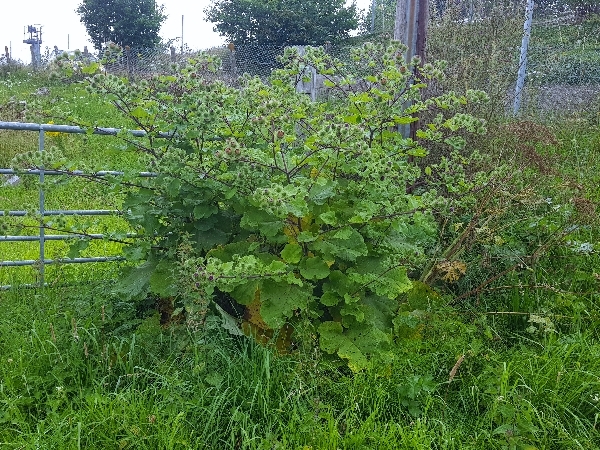 this is Greater Burdock, I have never seen one so big!

The sky darkened and rain threatened so I walked up and over Rook’s Hill, a Green Woodpecker flew up noisily from the grass and two Buzzards circled above me. I did notice a group of 12 Barn Swallows hawking insect over the wheat fields  and a few House Martins in the valley. Before I left a saw some movement in a large clump of bramble so I watched it for a while. A Blackcap emerged and proceeded to chased off a Chaffinch, there was also a Robin and three House Sparrows milling about in there.

The rest of the day was spent at home, it rained most of the time, what a great summer we are having!!! I can now understand why I haven’t spent many of the last 20 summers in the UK.