It was a gorgeous sunny morning, it reminded me of back in May and April, just fabulous. However, it was very quiet as one would expect in the middle of summer, although a Robin did deliver a few short phrases of its summer song. I walked to the stream and followed it to the second meadow, looking through the row of alder trees I could see a pair of  Roe Deer feeding in the field on the other side of the stream. 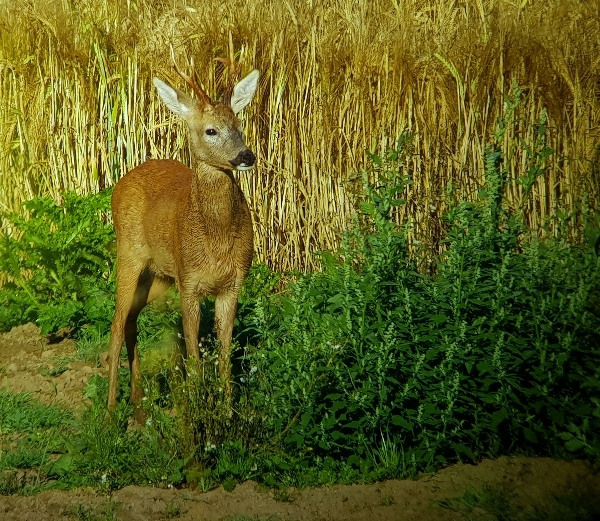 Other than that I saw very little else, so I walked along the hawthorn hedge to the slope at the north side of Rook’s Hill. From there I saw Common Chiffchaff, Blue Tit, Great Tit and Dunnock.

The ‘dead tree’ and the ‘fence’ had little to offer, in fact, not a single bird landed on either of them during my stay. As I walked up and over the top of Rook’s Hill I flushed a Green Woodpecker from the grass slopes and I stopped to watch a dozen Barn Swallows and a few House Martins feeding over the wheat fields.

Further along the track I saw a Stock Dove fly into a dead and using another tree for cover I managed to creep up fairly close and fired off a few pictures. I then realised that the bird was a juvenile, had it been an adult there is no way I would have got as close as I did. 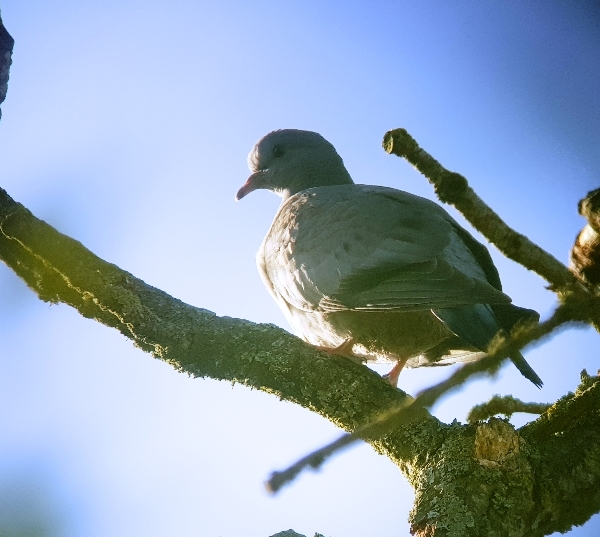 Back on the entrance track I saw a Song Thrush fly down on to the ground with a blackberry in its mouth. I watched the brambles for a while and saw several other birds moving in there. For those that like my lists, here goes another  two!! 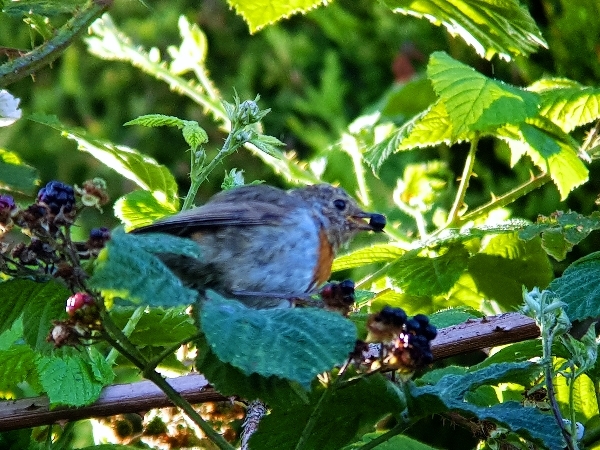 My 'Blackberry-eating list,' which started today is: Song Thrush, Robin and Blackcap. My ‘Birds in the Brambles’ list includes those three plus House Sparrow, Blackbird, Blue Tit and Great Tit.

As I had finished my walk rather early I decided to nip out Sutton Bingham to look for any newcomers. I went straight to the southern arm and walked along the shore scanning the water and edges for new species.  I found 3 Common Sandpipers, Little Egret, Grey Heron, Great Cormorant and lots of Great Crested Grebes. Interesting was the sighting of a juvenile Great Crested Grebe which is the first I have seen there, out of about 20+ pairs, just one juvenile is not a good breeding season. 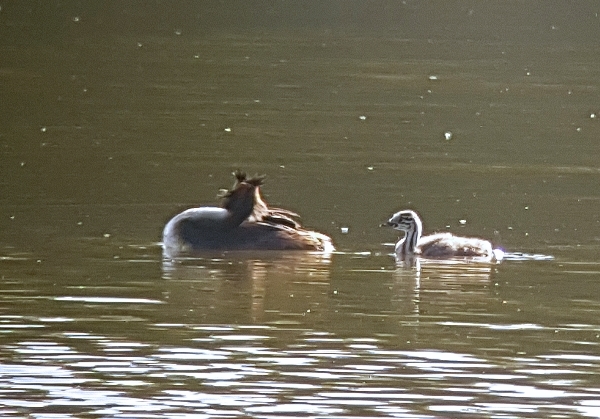 a Great Crested Grebe with its stripey chick

Back at the southern tip I scope the exposed mud and shallow pools where I found 2 Green Sandpipers, 3 more Common Sandpipers, two Mandarin Ducks, a Kingfisher, 3 Grey Herons and another Little Egret.

I stopped on the causeway one the way back home, there I found a third Little Egret, two Grey Wagtails and all the usual Gulls.

Four days ago I put my bird feeders back up in the garden, it took three days for me to notice a single visitor which was a Blue Tit. This morning I saw my second species and it was a fantastic MARSH TIT, my first sighting of this species for at least two months, wowzah!!!