I got up early and left the flat at 6am and it took me 20 minutes to drive the 14 miles to Alners Gorse, butterfly reserve. I was after the elusive Brown Hairstreak and this reserve was my best chance to see it. The car park was empty, I was alone for best part of two hours, just me and a beautiful 35 acre reserve. 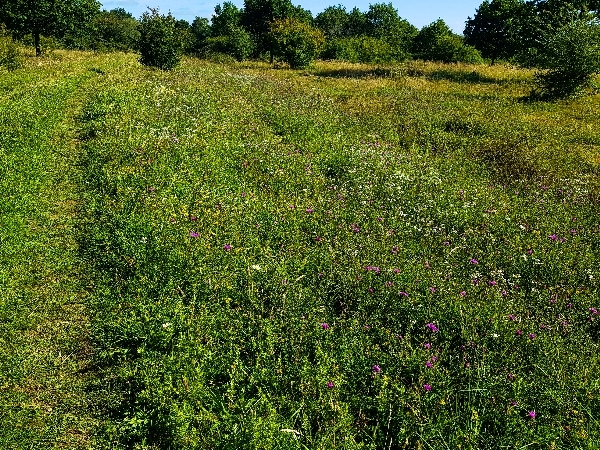 Typical view of the reserve

Many flowers were in bloom and many of the brambles were still in flower, I searched all the best places for the Hairstreak. It took me nearly 30  minutes to see my first butterfly but as the sun got higher and more flowers were in sunlight then more and more butterflies came out to play. Dozens of Gatekeepers, joined the throngs of Meadow Browns already on the wing. A few Speckled Woods and a single Small Tortoiseshell was also seen. 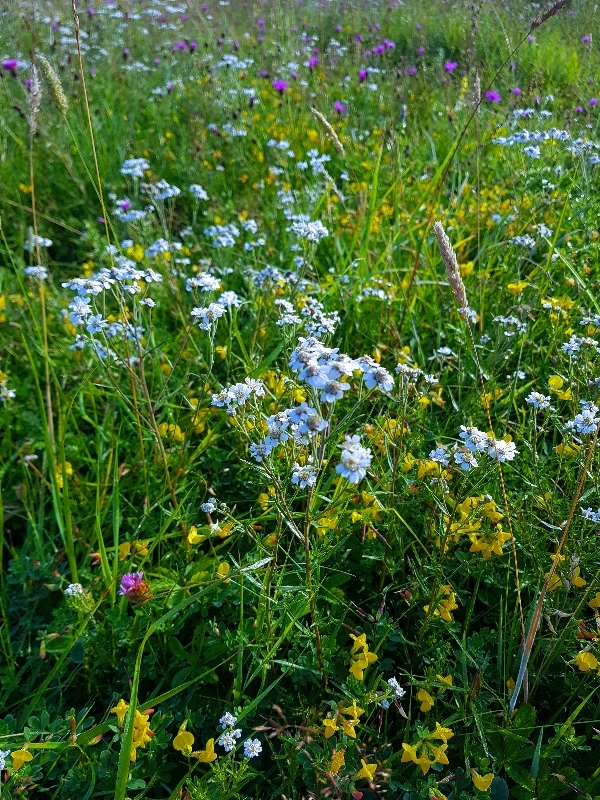 I met up with two other people who were also looking for the Hairstreak without success, I spent another hour looking but eventually my time ran out and I had to leave empty handed.

I did see some birds on the reserve but not many. Common Kestrel, Common Chiffchaff, Blue Tit, Great Tit, Blackcap and a few Crows. I eft at 9am and got back home before 10.

Just a quick note from last Sunday which was the 26th July.  Dawn and I met up with the family in a country park in Basingstoke, where we recorded a couple of Red Kites which were the first for the July list.