WEATHER: contrary to the BBC weather forecast we had cloudy conditions with light showers on and off all afternoon. Top temp 20C

Before I start on today's blog I have a couple of pictures to show you from Monday's visit to Ham Wall, they were both taken by Richard Pettett. 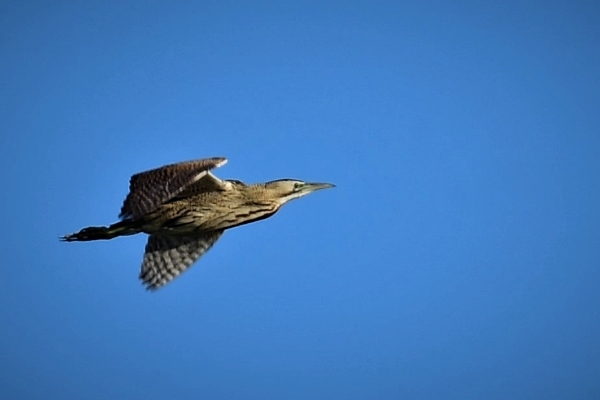 Great Bittern taken from the viewing platform 1 at Ham Wall. This bird was quite far off but Richard managed to get this great flight shot. 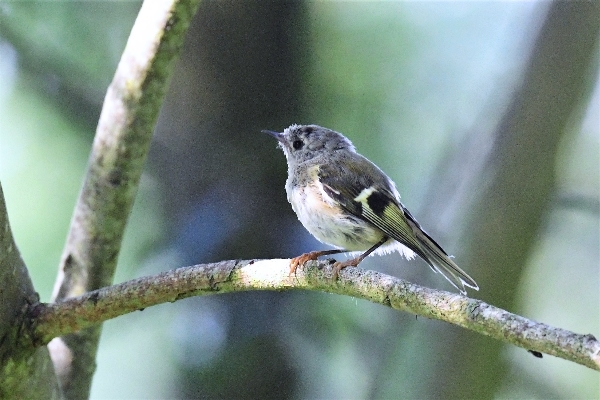 juvenile Goldcrest, we saw a family party of Goldcrests with at least 5 juveniles.

Dawn and I arrived at Cogden Beach at 10am and spent the rest of the day lounging of the beach or walking along the coast path. Yes it was sunny and warm to start with, but by 12 noon we had lost the sunshine and dark clouds loomed from the west. 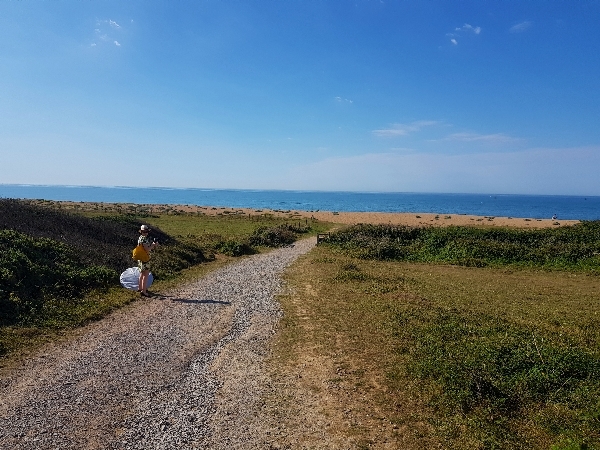 This was the weather as we arrived - just dandy 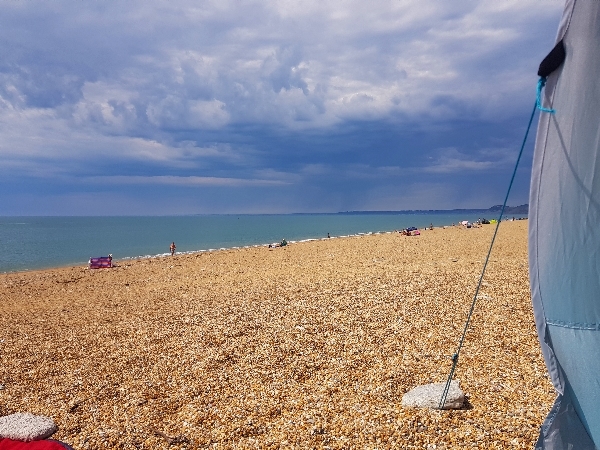 During my walks along the path behind the beach I saw many butterflies when the sun was shining, species seen included; Meadow Brown, Gatekeeper, Small & Large White, Brimstone and to my great delight 3 specimens of  the migrant CLOUDED YELLOW. BUTTERFLY. 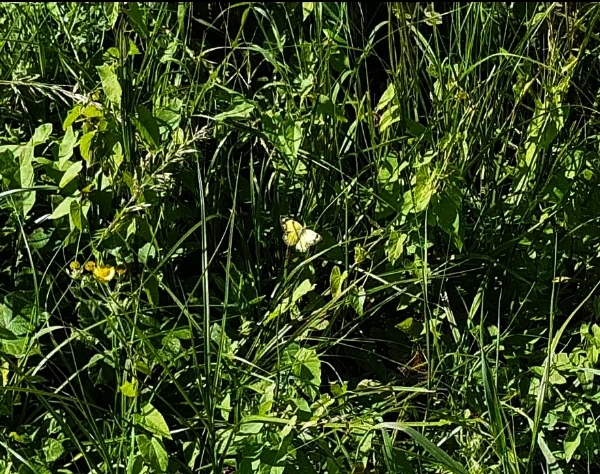 record shot of one of the Clouded Yellow Butterfies, it is not perched with its wings open, this is still taken from a short video. 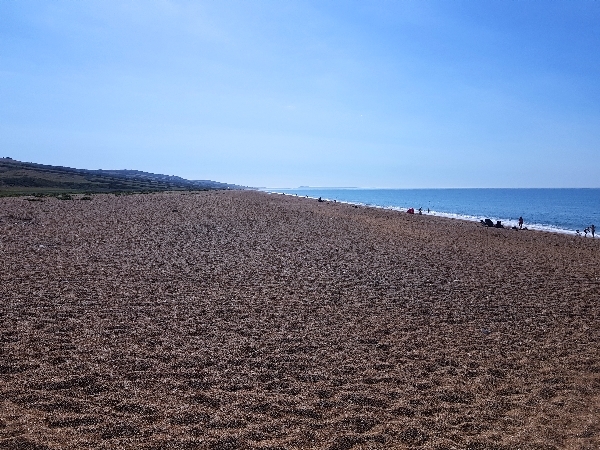 Birds seen during our time on the beach were: the four common species of gull, Herring, LBB, GBB and Black-headed, but also Sandwich Tern, Great Cormorant, Common Stoenchat, Linnet, Dunnock and Common Whitethroat. 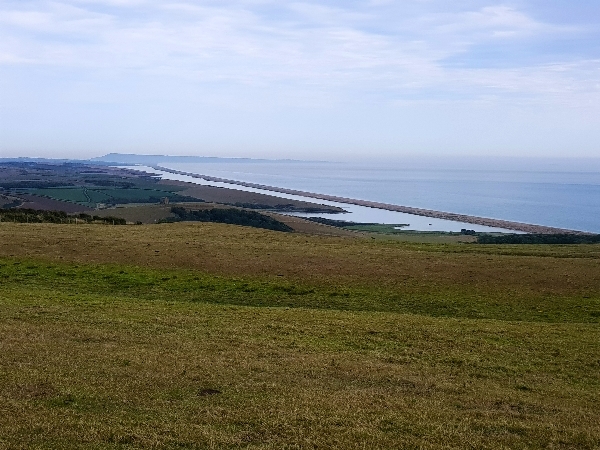 tthe view from the coast road above Abbotsbury, you see the whole of the 'Fleet' and Portland in the distance

We left the beach at 4pm just as the sky began to clear, oh well, we'll try again tomorrow.