Over the last week or so a number of uncommon birds have turned at Sutton Bingham and I managed to be around to see a couple of them.

On the 15th a very obliging Black-tailed Godwit settled on the concrete bank of the main causeway and stayed for a number of hours. On the same morning two Redshanks flew over and at least two Common Sandpipers were present. Other birders saw a couple of Teal, a flyover Dunlin and a Mandarin Duck. 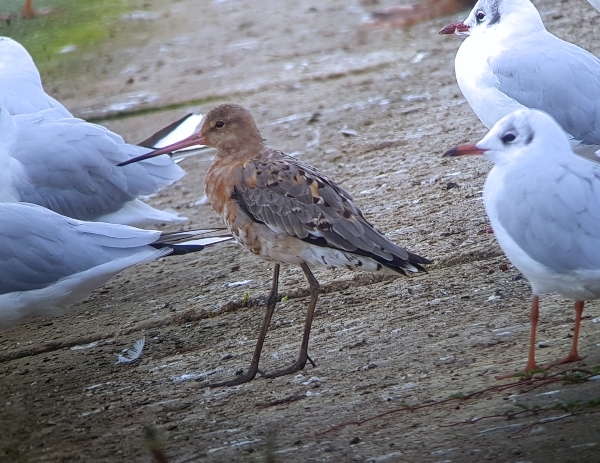 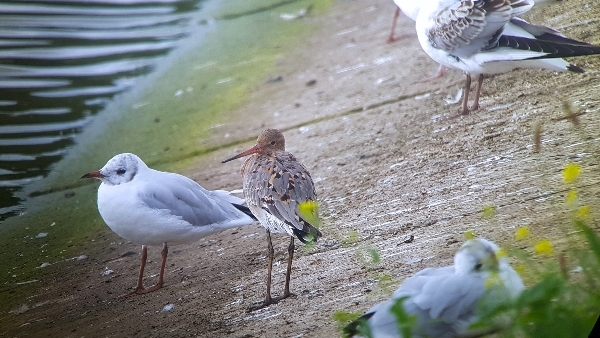 Yesterday (20th) a very rare Sutton Bingham bird turned up in the shape of a 'red-head' Goosander!! None of the local  group can remember ever seeing one at SBR (Sutton Bingham Reservoir) before, some of their records go back 25 years without a sighting. So I was really pleased to see it, who knows why a Goosander would turn up in August at our reservoir? 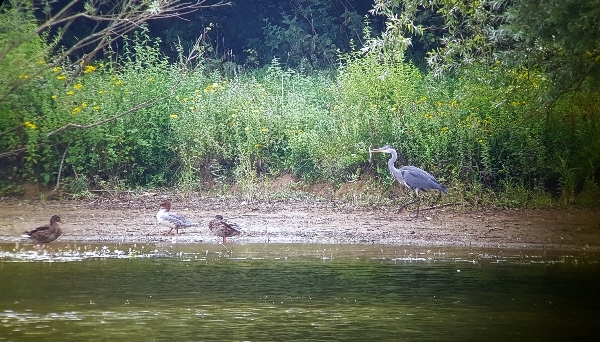 record shots of the Goosander, it was quite far off sitting on the eastern side of the southern arm of the reservoir, shown with Grey Heron and Mallards 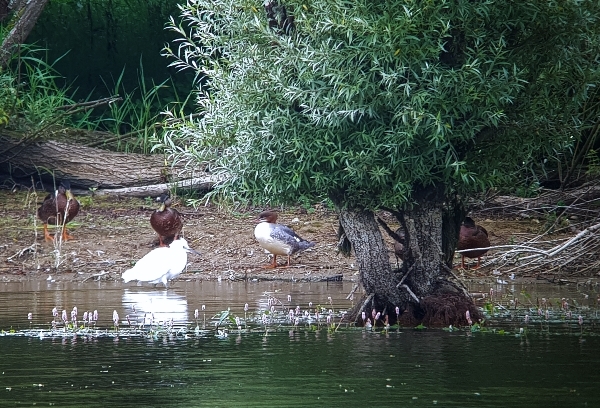 with Little Egret and Mallards 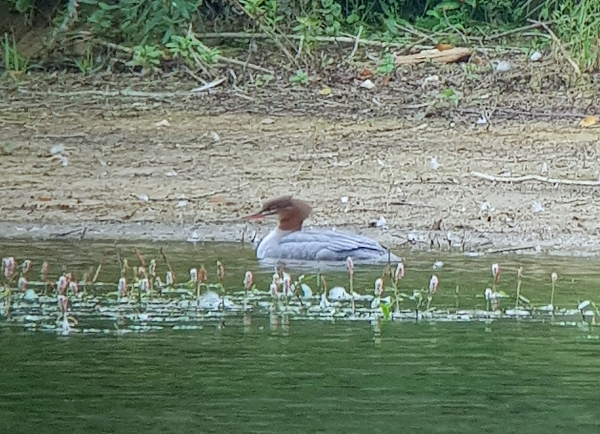 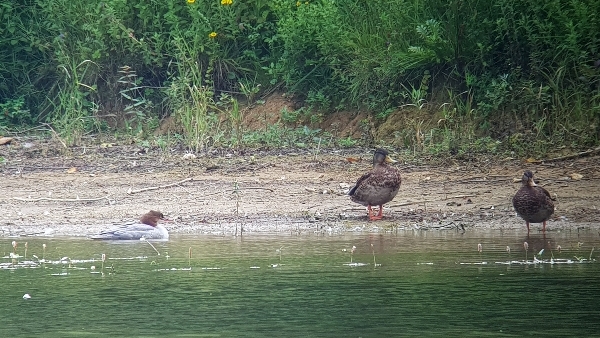 Most Birds at SBR are found by Tim Farr and Pete Ackers who both spend a lot of time searching the area on and around the reservoir, a credit to them and a testament for local patch watching.

During a sunny spell on the 14th August quite a few Small Tortoiseshell Butterflies emerged and covered many buddleia shrubs in our garden and at the mother-in-laws. 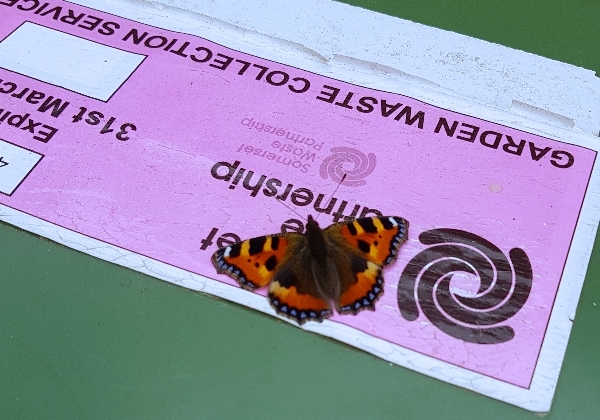 Small Tortoiseshell on the waste bin 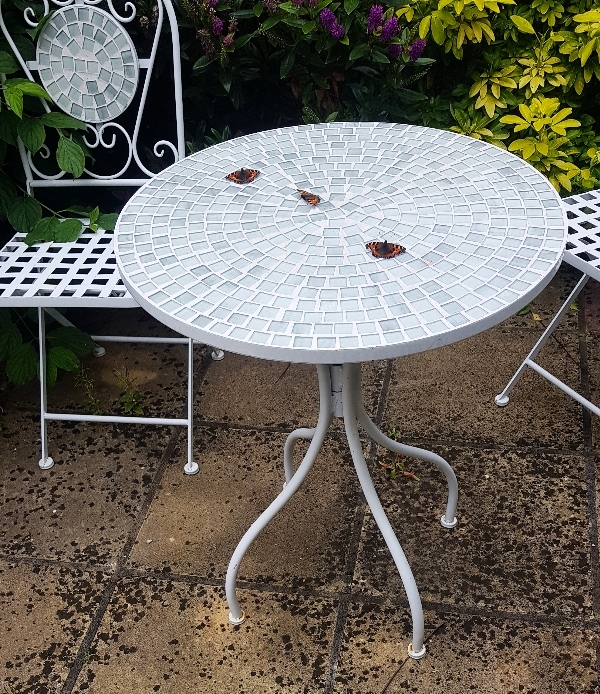 three of them on the garden table 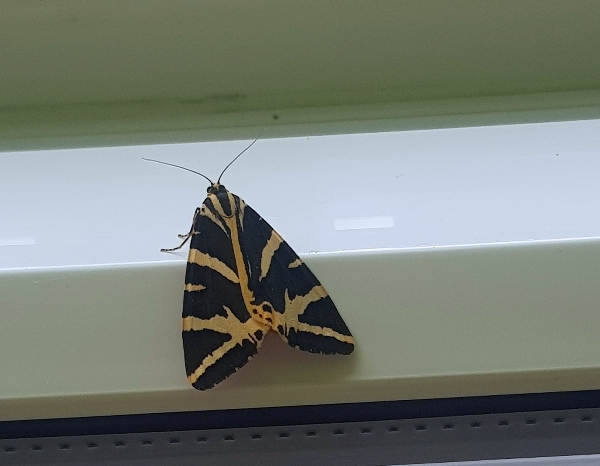 This Jersey Tiger Moth landed on our window frame on the 17th August.