Hallejuha!!  Hallejuha!!!  Praise be to the 'God of Optics', for today he delivered my long awaited Binoculars!! I sent my Swarovski’s off to be refurbished on March 20th just before the whole world closed down. But now I have them back, they arrived at 2pm.

Flaming June, it certainly is!! What a great start to the month and although May is going to be a hard act to follow I think June will live up to my expectations. we are now in semi-lockdown so can go further afield and see more species, May ended with 103 species in the bag let us see what we can do in June. 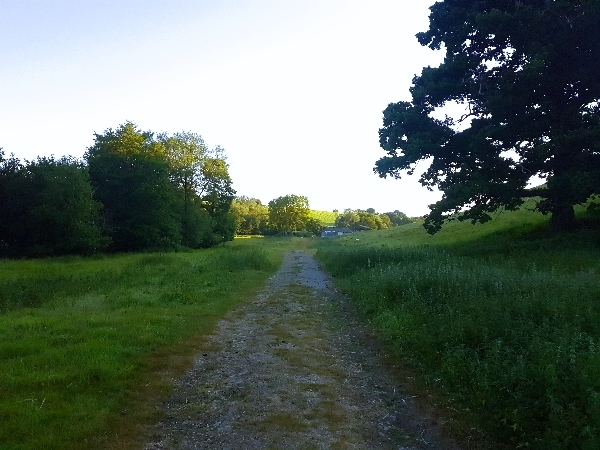 It was just before 6am when I entered the Yeo Valley

My June 1st morning walk started well, I had 15 species on the list in the first 20 minutes! The meadow had both Pheasant and Red-legged Partridge but no the usual Stock Dove or Wood Pigeon. My walk up to the entrance to Yeo Valley was punctuated with stops to look at several species and this continued into the first meadow of the walk. 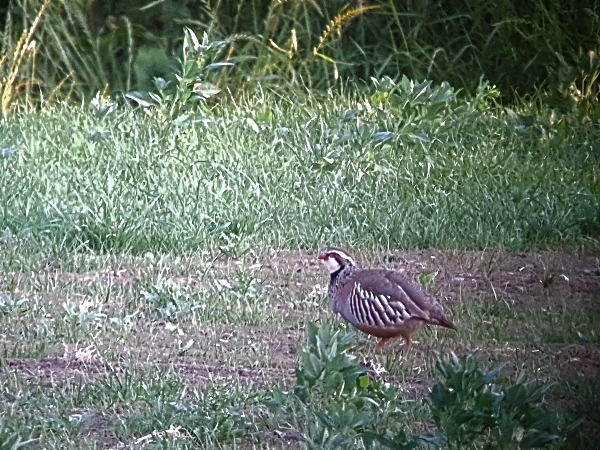 Red-legged Partrdige in the meadow next to our garden

Blackcaps, Song Thrush, Robin, Wren, Wood Pigeon, Collared Dove and Dunnock were all singing or calling, I bumped into several Blue Tits and a couple of Great Tits. At the Nuthatch nest site I saw a single Nuthatch high up in the canopy and both Raven and Green Woodpecker called. 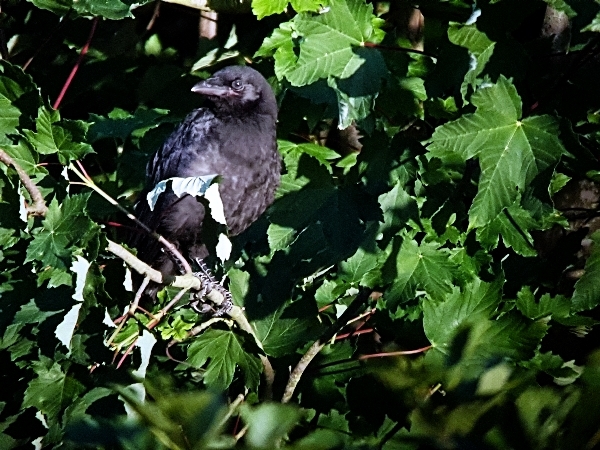 Next I watched a Common Chiffchaff singing, also Chaffinch and Great Spotted Woodpecker before I arrived at the Kingfisher nest site. I spent twenty minutes waiting for the Kingfisher to arrive and got distracted by Ravens. A whole family party was in the valley, four juveniles and two adults, you can imagine how noisy it was at times. The Kingfisher showed up when I wasn’t paying attention, I fumbled with my phone and it went off as I offered it up to the scope! The result was a blurred effort of a picture, the Kingfisher laughed at me and flew off. 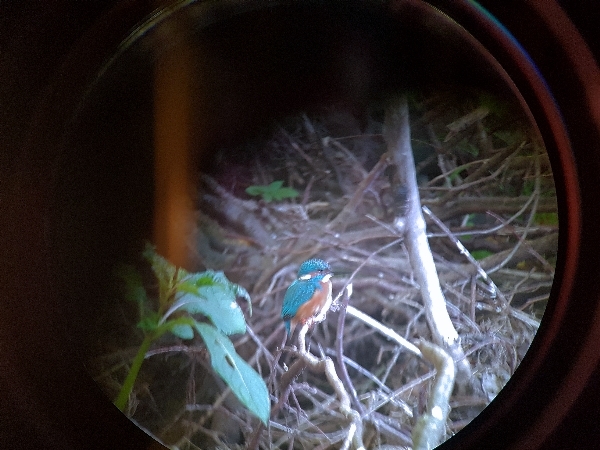 my pathetic effort at the Kingfisher nest site 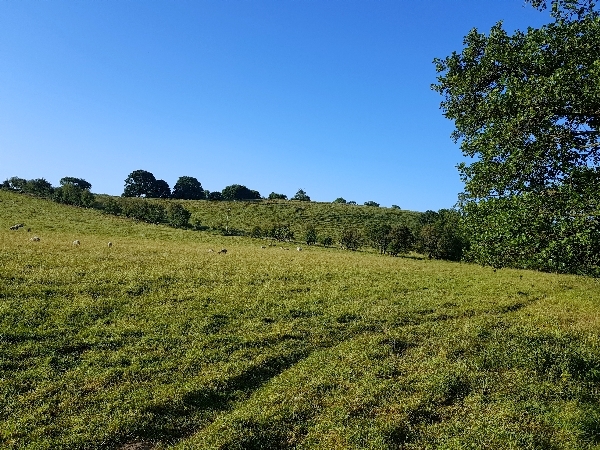 here is short video of how I digiscope distant birds - in this case two Ravens:- 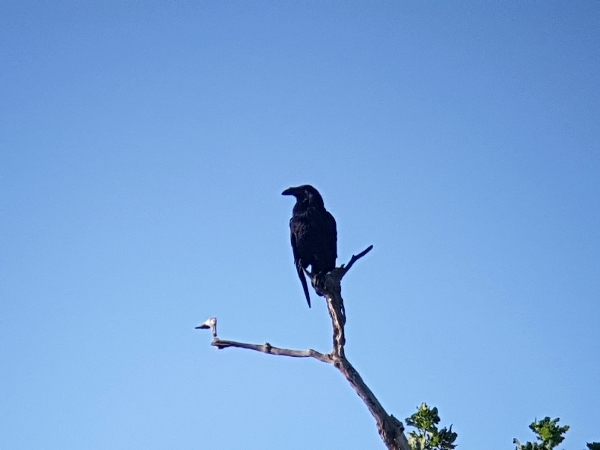 this is a screenshot from the video

Round at the River Yeo I found a pair of mandarin Ducks, I never saw either of the family groups just this pair. I watched Blackcaps and Chiffchaffs collecting food to take to their respective nests, a pair of Goldfinches were building a nest and I never saw Long-tailed Tit, marsh tit or Linnets at the bramble clump. 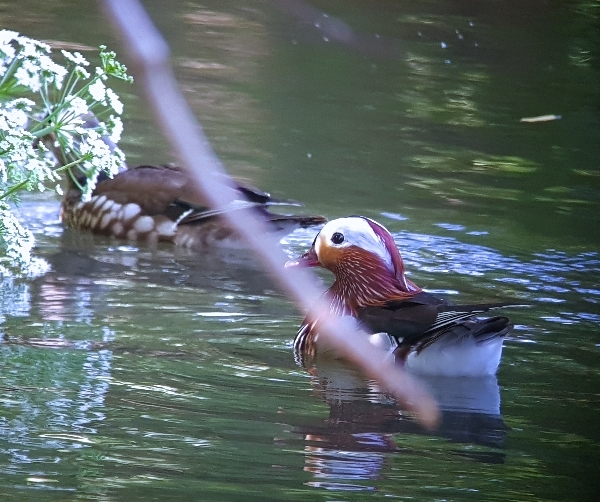 a apir of Mandarin Ducks on the River Yeo

I did spend a few minutes watching the carcass of a ewe, I found this yesterday and I could see that Ravens had already been feeding on it. I ws hoping that a Red Kite would drop in and I fantasized that a Griffon Vulture would arrive and I could declare a 1st for Britain. 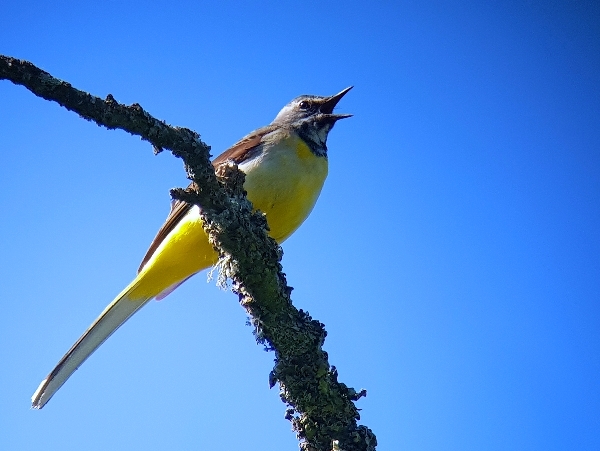 The rest of my walk home was uneventful, I walked up and over the Hill which is in fact called ‘Rook’s Hill’, I just found out from locals in the village. 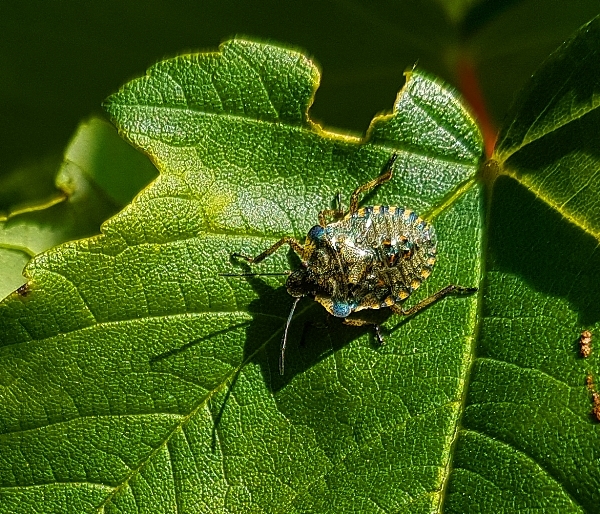 The last piece of excitement occurred when I got back to my garden, I scanned the meadow and whilst doing so I glanced up to look over Rook’s Hill and saw a Red Kite, I had time to video it and I took a couple of screen shots from the video. This huge bird of prey headed off down the valley and dropped down out of sight, I knew it was heading for the ewe carcass but I wasn’t going to dash over there at this late stage. 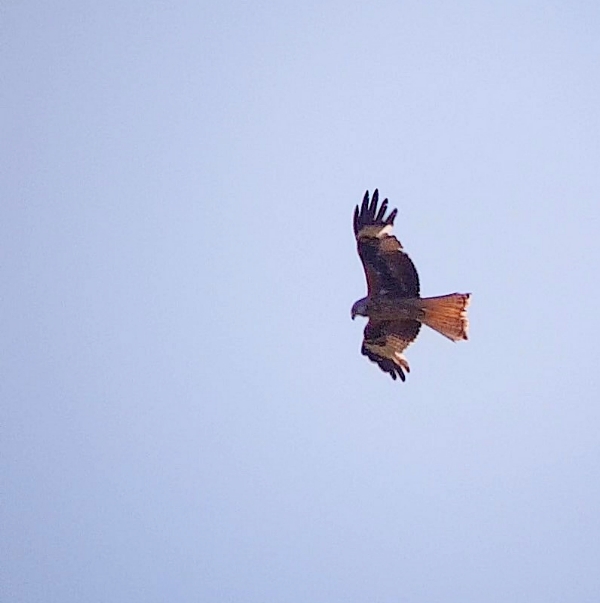 Red Kite over Rook's Hill - taken from my garden

After Lunch Dawn and I went for a walk to Barwick House, which is about 1 mile from our home. The large lake there is home to a number of species, we saw Little Grebe, Common Coot, Common Moorhen and Mallard. In the huge grounds and parkland we saw lots of Rooks, a Green Woodpecker and a few Feral Pigeons.

We spent some time looking  for dragonflies and whilst doing so Dawn spotted a Grass Snake swimming across the water, I quickly got my phone out and managed a few shots of it just at it reached the reeds on the opposite bank. We left for home after that bit of excitement. I had seen 39 species today, a good start for my June list. 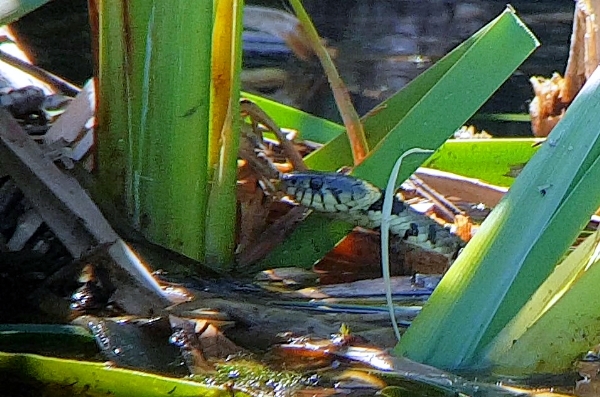 you can just make out the heade of the Grass Snake