MORNING WALK ALONG THE RIVER YEO AT ILCHESTER

It looks as though this will be the last of the good weather for a while, the forecast isn't too good from tomorrow onwards, so I made the most of my morning walk.  I just can't lie in bed anymore, my internal alarm clock goes off at 4:45am every morning and I have to get up.

I just love looking out of the window every morning and seeing a clear sky with a colourful sunrise, it is magical. Today was no exception, I was up and out by 5:40am and I  headed for Ilchester, an old Roman town about 5 miles from Yeovil, that is just 7 miles from my home. It took 12 minutes to get there, the roads were empty. 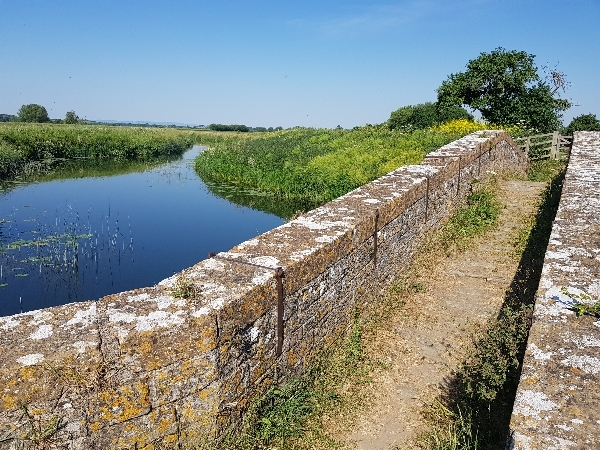 The River Yeo and Pill Bridge

If you remember, Dawn and I went to Ilchester to see the Red-footed Falcon a couple of weeks ago, well, that is exactly where I went today, but before I left  I saw Red-legged Partridge in the meadow with Wood Pigeons then a Fox entered, the Pigeons soon scattered. 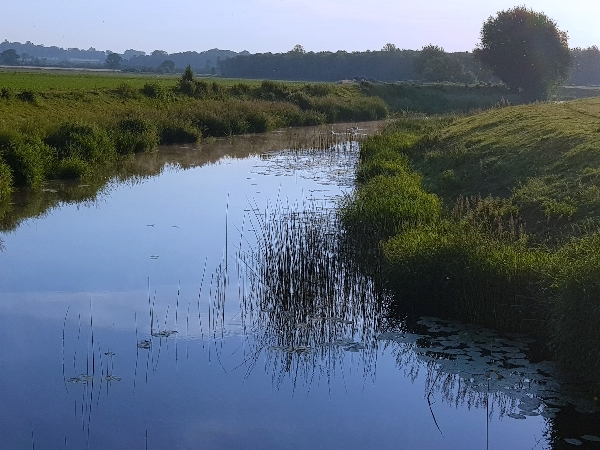 River Yeo - it is more like a canal here 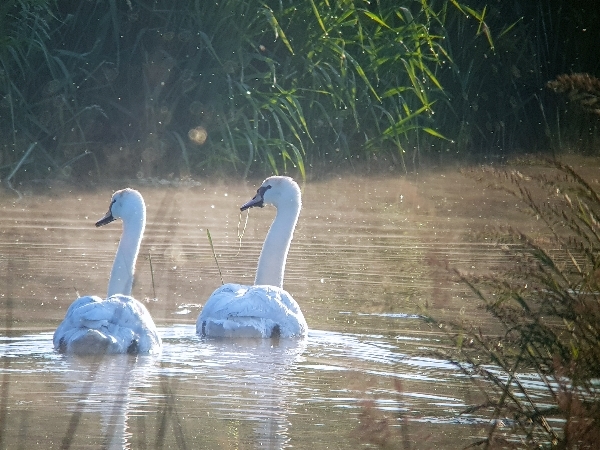 Mute Swans on the river Yeo  - looking north from the bridge, (me not the Swans, they are looking pensive)

I started the walk from the car park at 6:45am and soon had a new species in the bag, Reed Bunting, there was several of them flitting about in the hedgerows, I also heard and saw a Common Whitehtroat. A Blackap sang from the trees and a Chiffchaff could be heard some way off. 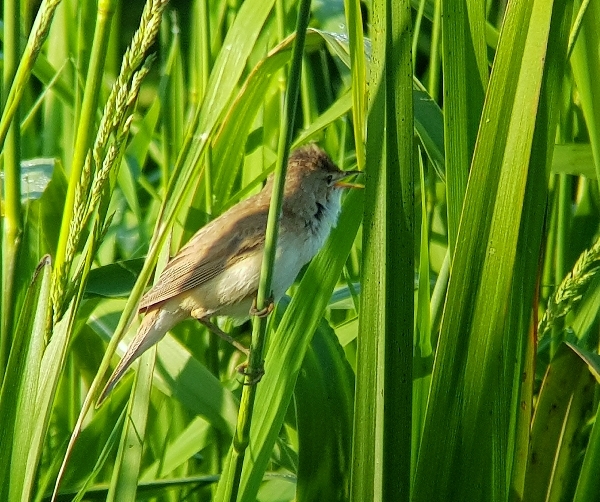 Once I reached the River Yeo at the locally-famous Pill Bridge I started listing quite a few new species for the June list. Reed Warbler showed really well as did Mute Swan, I mean Mute Swans can hardly hide can they? You wouldn't describe them as skulking!! 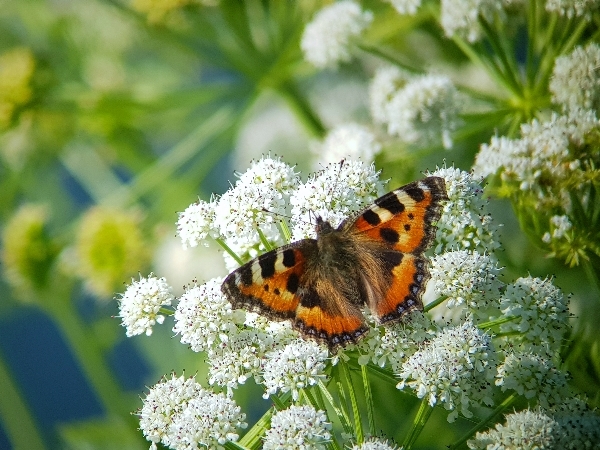 I them heard a couple of Common Cranes, they called from the North so that is the direction I walked. A Grey Heron flew over me and Skylarks were singing all over the place. I never caught sight of the Cranes but I did see Roe Deer, Brown Hare and Rabbits. 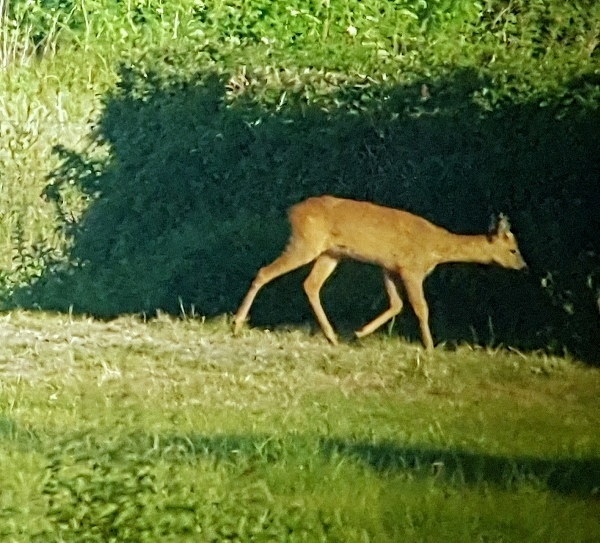 I turned around and headed south which was my original intended route, I saw several more Reed Warblers, Linnets, Goldfinches, a Great Cormorant sitting at the top of a dead tree and a Common Buzzard on a fence post. My search for a Sedge Warbler went unrewarded but I had a great time looking. 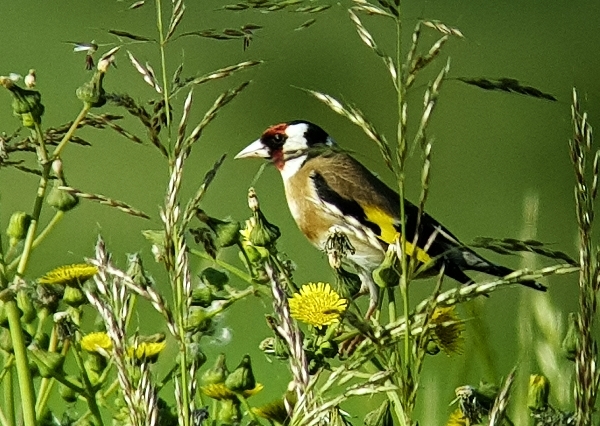 I walked about 1 mile south along the river, I never saw another human being, I added Common Kingfisher, Northern Lapwing, Mallard, Barn Swallow and Swift to the day list. 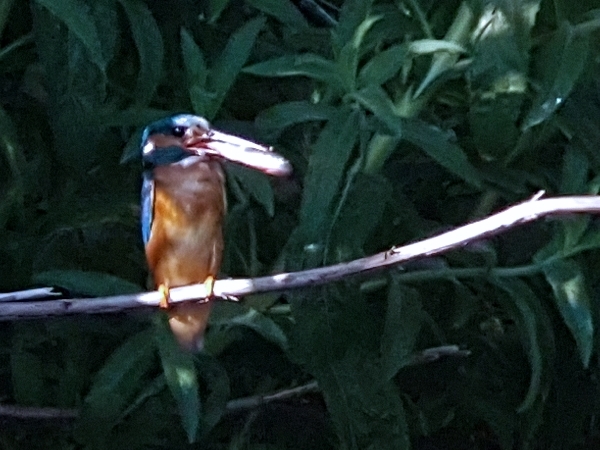 a poor shot of the Kingfisher

The was a lot of Dragonfly and Damselfly activity along the river as well as quite a few butterflies, it really warmed up at 9am and many insects were on the wing. I saw lots and lots of Small Tortoiseshells, also Meadow Browns, Small Heaths and a single Comma Butterfly. Hundreds of Banded Demoiselles were flying around and I also saw Black-tipped Skimmer and an unkown red Dragonfly which I couldn't find perched. 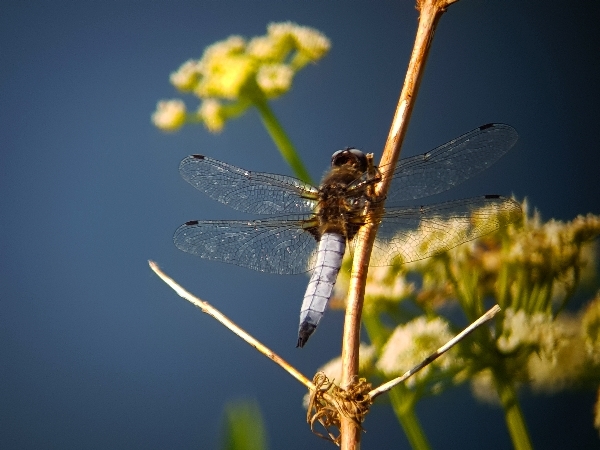 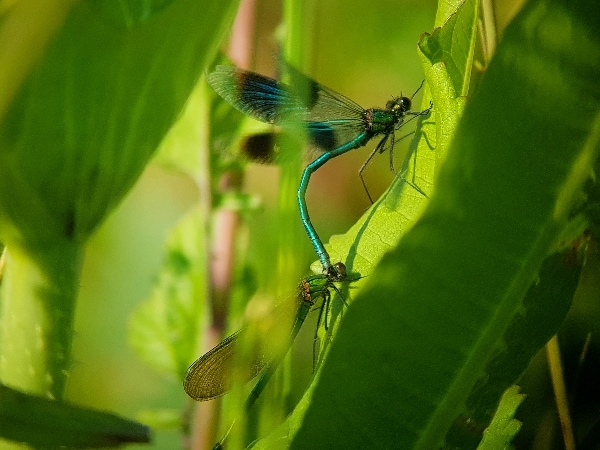 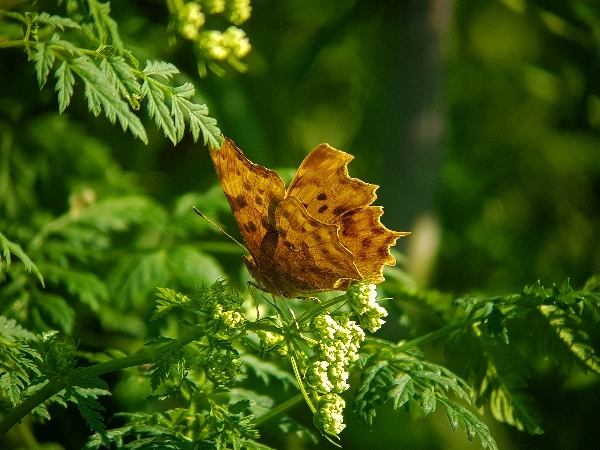 Back at the Bridge I heard the Cranes once more so I walked north again for a second try, this time a farmer on a tractor flushed the birds I had them circling high over the moorland. My last new species was Grey Partridge, I saw a pair of them and as before they were too far away for a photograph. This time I walked into the field and got fairly close to them, but they hunkered down in the grass and I still failed to get a decent picture. 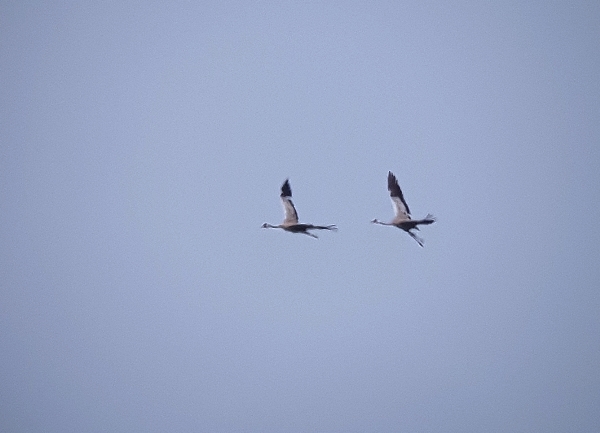 There was no sign of any Hobbies so I left at 10am, a four mile walk in four hours, hmmmm, that's a pretty slow pace, but just right for birding. 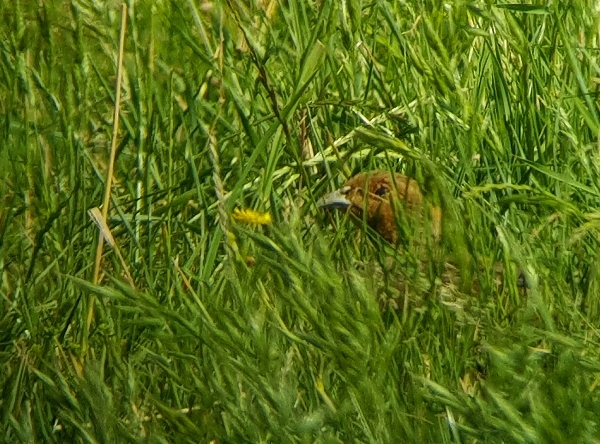 the head of a Grey Partridge!!