WEATHER; as forecast, dull and overcast, light rain throughout my walk but windy or cold.

Before I set off into the Yeo Valley with you I must tell you about last night's excursion! My birding pal Guy from Yeovil called me and asked if I would like to join him on a trip to a place near Dorchester to look for European Nightjars, I jumped at the chance.

So last night I met up with Guy and we drove in separate cars to Hardy's Monument (that's Captain Thomas "kiss me" Hardy not Thomas Hardy the novelist and poet). The Monument sits on top of a ridge and is surrounded by gorse-covered heathland with stands of pine.

We arrive at 8:45 and whilst waiting for the nightjar we saw Mistle Thrush and a few common species, the Nightjar didn't show up until 10pm!! We had good but short views of one and that was it, off home we went, job done. 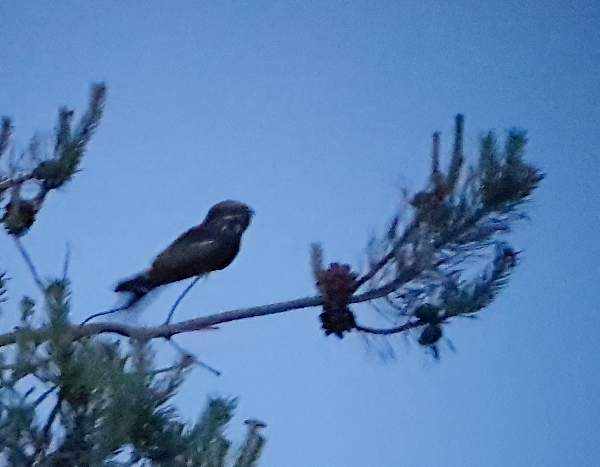 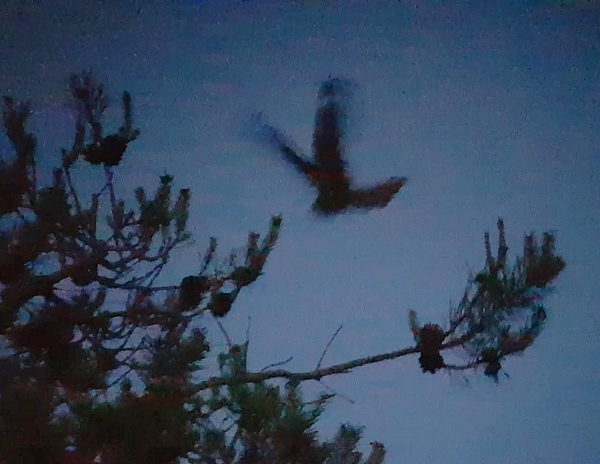 the ghost-like in flight shots 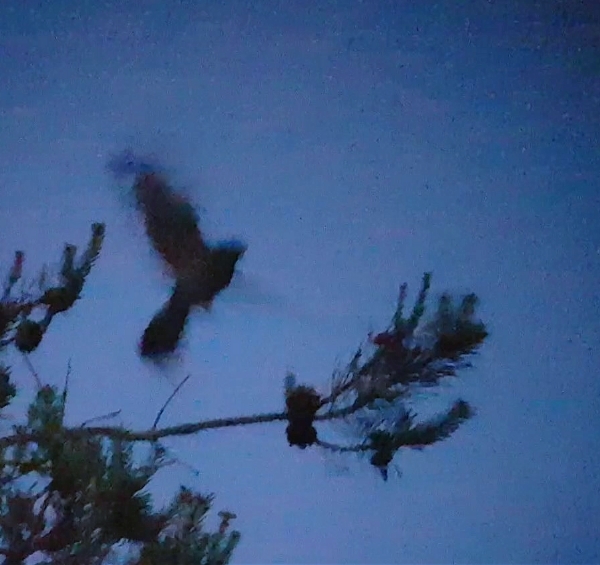 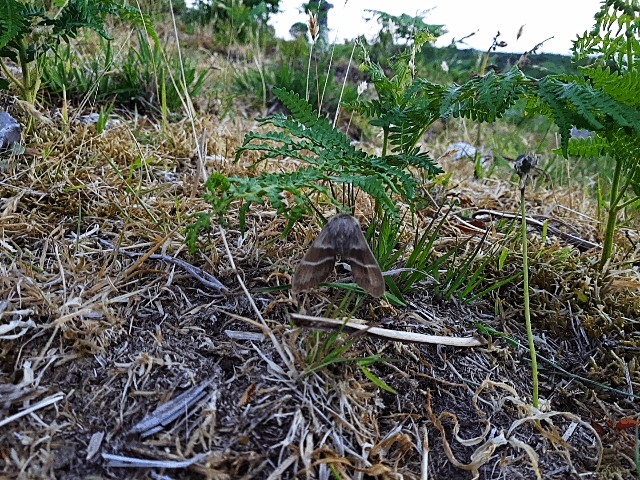 this is a Fox Moth - a typical heathland species, quite large, about the size of Large White Butterfly

back to this morning, it was raining the whoile time I was out but it was very light. Not too many species decided to sit out singing today so It was hard to find anything to take a picture of. Luckily I noticed some movement near to the Green Woodpecker's nest hole so I set up shop there for a while.

I watched both male and female enter the nest and take food to the chicks and I also saw the female chase off a Grey Squirrel which approached the nest hole. 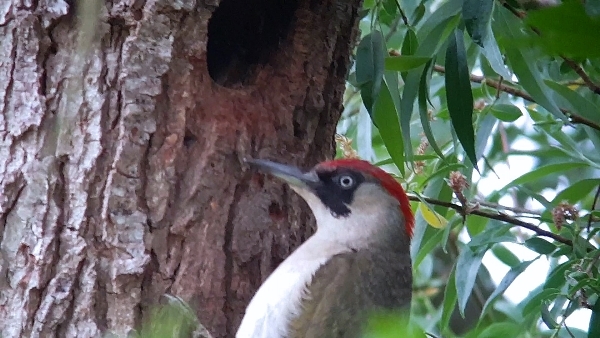 the feamle at the nest 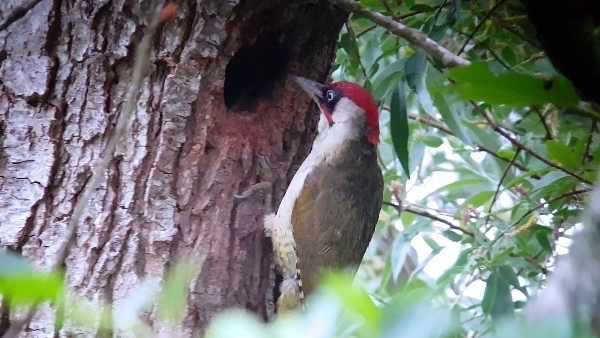 the male at the nest - can you see the plumage difference between these two birds??

there is a 3 minute video of the female's encounter with the Squirrel here:

From the Woodpeckers I went around to the Kingfisher's nest hole and caught the male just leaving the nest, he very conveniently sat in full view for a change and I filmed him too! here are a couple of stills taken from the video: 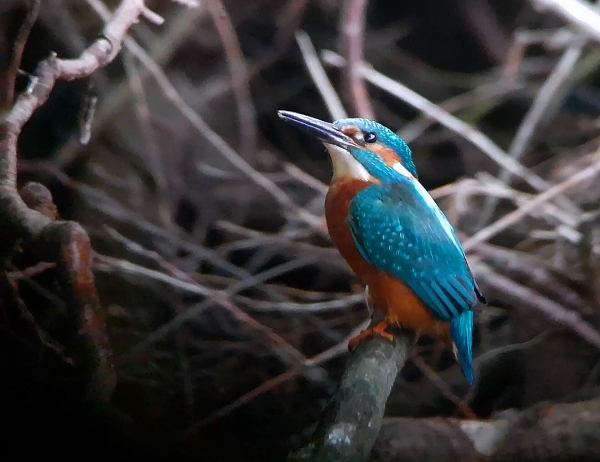 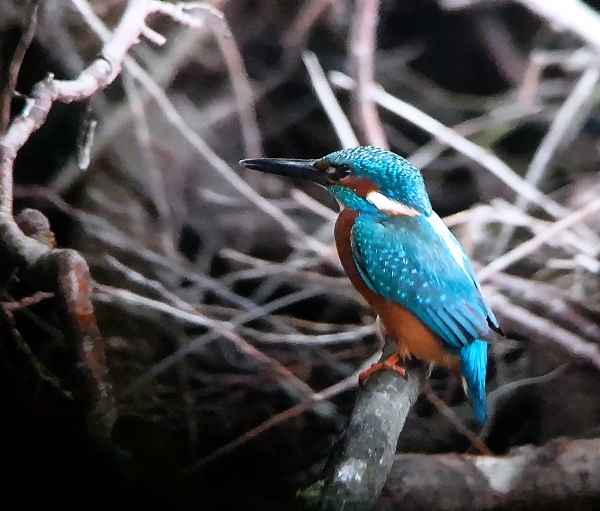 such a beautiful, brightly coloured bird, it really does illuminate the drab looking surroundings

I walked down to the confluence of the stream and the River Yeo and watched a Song Thrush singing out in the open at the top of a tree. A Little Egret flew from the river across the meadow to the stream behind me and a second Grey Heron flew over quite high up. 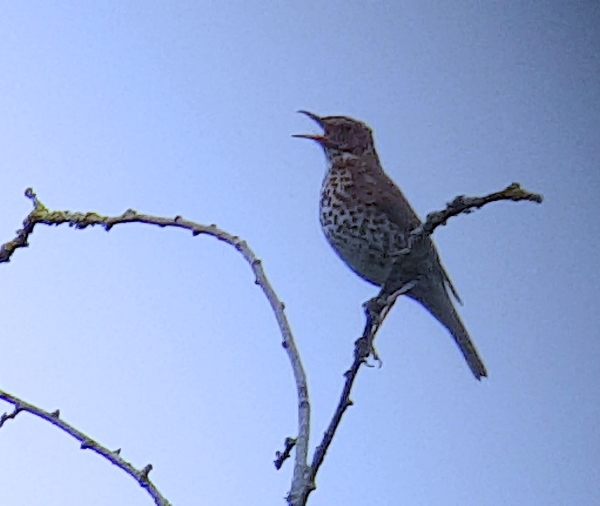 singing in the rain - a Song Thrush

I spent very little time at the bramble clumps on the side of the hill because of the rain, the wind had picked up a little bit too. I heard both Chiffchaff and Blackcap singing and I saw Goldfinch, Dunnock and not much else. As I climbed the hill I looked back over the river to the meadow on the other side and saw a pair of fox cubs practicing their hunting skills. 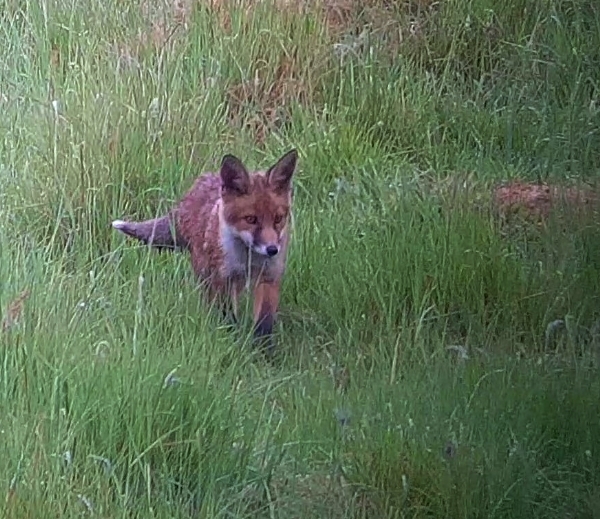 Yesterday I told the farmer about the dead sheep in his field and today I noticed that all of the ewes had been shorn and that the carcass had been removed.

I was back home at 9am and never left the house after that. At the end of day 3 of the June lockdown I have 53 species on the list.